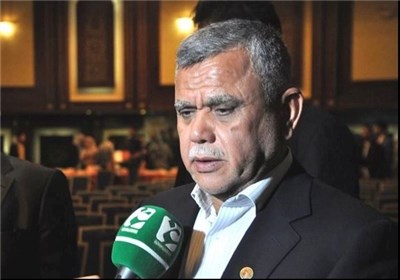 Speaking at the opening ceremony of a conference on fighting Daesh, which is underway in the Iraqi capital Baghdad, Secretary General of Badr Organization Hadi al-Ameri said intellectual work was needed to confront and eliminate the extremist ideology that inspires terror groups like Daesh and al-Qaeda.

He said Daesh was ideologically a deviant thought and that the 2003 US invasion of Iraq contributed to the promotion of this ideology.

In March, Fox News cited a senior Iraqi intelligence officer as saying that around 30 percent of Daesh terrorists in Iraq were Saudi nationals.

Back in April, Iraqi Prime Minister Haider al-Abadi also said that “every Iraqi citizen has a right to believe that Saudi Arabia is a supporter of terrorism.”

Daesh launched its campaign of death and destruction in Iraq in 2014, swiftly taking towns and cities in lightning operations as the US and its allies looked on despite having a military presence in the country after years of occupation.

Last week, Jean-Pierre Chevènement, who served as French defense and interior ministers between 1988 and 2000, was quoted as saying that the two Persian Gulf wars waged by the US “which destroyed Iraq created Daesh.”