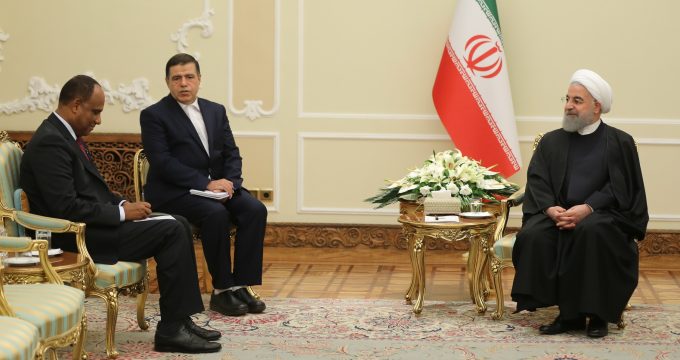 Iran willing to increase level of ties with Tanzania

president.ir- “Tanzania is an important gateway to the east of Africa, and given the status and capabilities of the Islamic Republic of Iran, the development of bilateral relations is of regional importance,” said president Rouhani.

“The Islamic Republic of Iran is keen to increase its level of cooperation with Tanzania,” said President Rouhani on Saturday while receiving the letter of credence of the new non-resident Ambassador of Tanzania to Tehran, Mubarak Nasser Mubarak.

The president noted: “There are many potentials for developing Iran-Tanzania relations, including in the field of mines and energy, and the Islamic Republic of Iran is prepared to give Tanzania its expertise in this regard”.

During the meeting, the new Tanzanian non-resident Ambassador to Tehran, Mubarak Nasser Mubarak presented his letter of credence to the President of the Islamic Republic of Iran and said: “The Islamic Republic of Iran has had great advancements and achievements in various scientific and technical fields, especially energy, and I hope we can benefit from the experiences of Iran in different fields”.