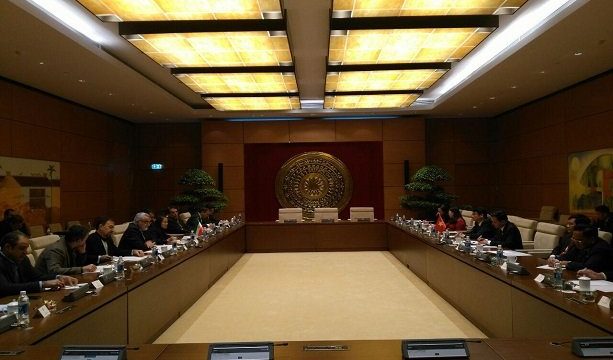 Iran, Vietnam have many opportunities for co-op: Iran MP

IRNA – Head of Iran-Vietnam Parliamentary friendship group said there are lots of cooperation capacities and opportunities waiting for the two countries.

Alaeddin Boroujerdi, heading a delegation visiting Hanoi, in a meeting with the Vietnamese Parliamentary friendship group on Monday evening, called for the implementation of the agreement made for the 2 billion-dollar trade exchange between the two countries.

Referring to the anti-American struggles of Iran and Vietnam, the Iranian member of Parliament, who is also the head of committee of national security and foreign affairs, said that the common experience of the two countries showed that for preserving independence and sovereignty, one should make a firm and proud stand against the US.

Meanwhile, Nguyen Van Pha, the head of Vietnam-Iran parliamentary friendship group in the former’s Parliament, said that enhancing parliamentary ties can help the two countries to exploit the numerous commonalities to the their interests.