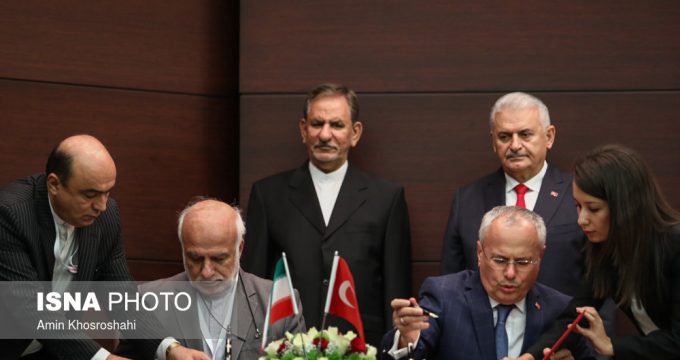 Addressing a joint meeting between Iranian and Turkish high-ranking delegations in Istanbul on Friday, Jahangiri said Iran will spare no efforts to reach $30 billion trade with Turkey.

‘Security cooperation between Tehran and Ankara regarding the situation in Iraq will also benefit all regional countries,’ he added.

Elsewhere in his remarks he pointed to the Iraqi Kurdistan Region’s referendum, calling it a conspiracy organized by US and the Zionist regime which is against the interests of the Kurdish people.

Jahangiri also said that Iran and Turkey should take serious measures to solve the problem of the Rohingya Muslims in Myanmar.

Stressing on the fact that Iran nuclear deal known as Joint Comprehensive Plan of Action (JCPOA) is an international agreement; Jahangiri urged all countries to do their best to keep US committed to the deal.