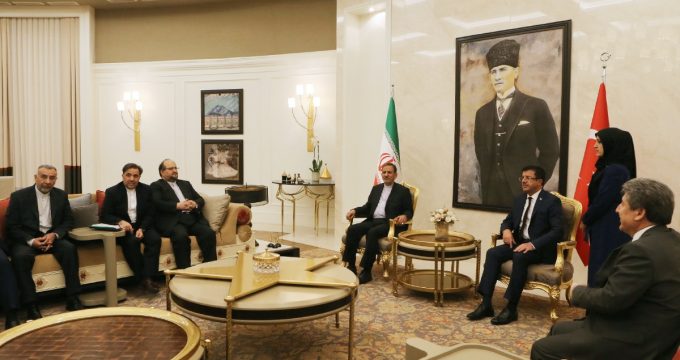 Tasnim – Iranian First Vice-President Eshaq Jahangiri left Tehran for Turkey for an official visit to the neighboring country during which he plans to meet with senior officials of the country and participate in a conference of the D-8 Organization for Economic Cooperation.

Jahangiri will participate in the 9th Summit of the D-8 Organization for Economic Cooperation due to be held on October 20 in Istanbul.

He is accompanied by Minister of Industry, Mine and Trade Mohammad Shariatmadari, Minister of Road and Urban Development Abbas Akhoundi, Chief of Iran’s Cultural Heritage Organizaton Ali Asqar Mounesan and Chief of Central Bank of Iran Valiollah Seif.

Iran and Turkey have ramped up efforts to boost bilateral trade since the implementation of the Joint Comprehensive Plan of Action (JCPOA), a lasting nuclear deal between Iran and the Group 5+1 (Russia, China, the US, Britain, France and Germany).

The deal took effect in January 2016, terminating all nuclear-related sanctions on Iran.

The cooperation documents were signed in a ceremony in Ankara attended by the two countries’ presidents.