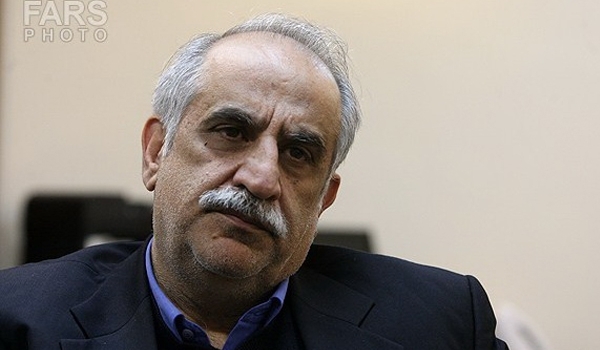 Iran’s economy minister in US for IMF annual meeting

Tasnim – Iranian Minister of Economic Affairs and Finance Massoud Karbasian has travelled to Washington, D.C., to attend the annual meeting of the International Monetary Fund (IMF) and the World Bank Group (WBG).

Against the previous expectations, Central Bank of Iran (CBI) Chief Valiollah Seif is not accompanying Karbasian on the trip to the US.

Only a number of the CBI deputies are in the Iranian delegation dispatched to the event.

During his stay in the US capital, the Iranian economy minister is scheduled to hold meetings with a number of his foreign counterparts.

Karbasian will also meet top officials from the World Bank Group, IMF Managing Director Christine Lagarde, and chiefs of the central banks of a number of countries on the sidelines of the conference.

Each year, the gathering brings together central bankers, ministers of finance and development, private sector executives, and academics to discuss issues of global concern, including the world economic outlook, poverty eradication, economic development, and aid effectiveness.

This year’s events take place in Washington, D.C., on October 9-15.

IMF, Masoud Karbasian October 13, 2017
Nothing will remain of JCPOA if US withdraws: Larijani
EU, Russia, China rally behind Iran deal ahead of Trump speech