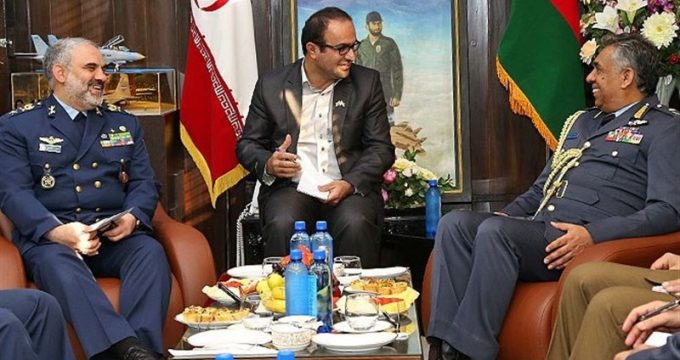 Tasnim- Commander of the Royal Air Force of Oman (RAFO) Air Vice Marshal Matar bin Ali al-Obaidani paid a visit to Tehran and had a meeting with his Iranian counterpart.

Conveying the Omani Defense Minister’s regards, Obaidani hailed the growing ties between Tehran and Muscat, saying the Air Forces of the two countries should also push for closer cooperation.

The Islamic Republic of Iran and the Sultanate of Oman have also held several joint naval drills in the Persian Gulf and Sea of Oman over the past years.