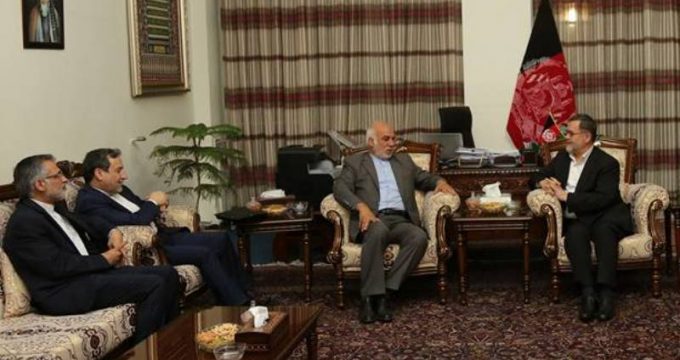 October 9, The Iran Project – The second round of Iran-Afghanistan talks to draft a “comprehensive strategic relations” document was held in Kabul on Sunday.

This round of talks which was attended by Deputy Foreign Minister for Legal and International Affairs Abbas Araqchi as well as deputy for Asia and Pacific Affairs Mohammad Ebrahim Rahimpour, heading a 15-member delegation with deputy energy minister for water and wastewater Rahim Meidani, revolved around security and water management.

Two Iranian foreign minister’s deputies arrived in Kabul late on Saturday (Oct 7) at the head of a diplomatic delegation to pursue implementation of bilateral agreements with Afghanistan.

In a meeting in the attendance of Araqchi, Rahimpour, respective deputies for Legal and International Affairs, and Asia and Pacific Affairs of Iran Foreign Ministry, and the Second Vice President of Afghanistan Sarwar Danish, the two sides reviewed the quintet cooperation committees between Tehran and Kabul and emphasized promoting mutual relations and good neighborliness between two countries.

The Iranian and Afghan officials expressed hope for these committees to bring about positive results for both countries.

The first round of talks was held in Tehran in June.

The two countries had agreed to form separate committees in the areas of security, economy, culture, refugees and water to discuss mutual cooperation to draw up a long-term strategic relations document, whose outline was worked out during Foreign Minister Mohammad Javad Zarif’s daylong visit to Kabul on May 7.

On May 7, Iran and Afghanistan agreed to set up five committees in the future to discuss preparing a final document for cooperation between the two neighboring countries.

The agreement was agreed during a meeting in Kabul between Zarif and Afghan President Ashraf Ghani, during which the two sides underlined the need for the expansion of relations between Tehran and Kabul in all areas, noting that terrorism and extremism are common threats for both countries, and stressing the necessity of collective efforts of all regional countries to fight these phenomena.