A Look at Iranian Newspaper Front Pages on October 8

Iran Front Page- IFP has taken a look at the front pages of Iranian newspapers on Sunday, October 8, and picked headlines from 14 of them. IFP has simply translated the headlines and does not vouch for their accuracy.

Newspapers today widely covered the remarks made by Iranian President Hassan Rouhani in an address to a group of university students in Tehran. Reformist papers highlighted Rouhani’s criticism of fresh restrictions imposed on former president Mohammad Khatami and the pressures on reformists in general, while conservative media highlighted, and criticized, his comments about the benefits of JCPOA, the nuclear deal between Iran and world powers.

Among other top stories were discussions about a possible change of Iran’s Constitution to realize a parliamentary system of government, the arrest of First Vice-President Es’haq Jahangiri’s brother, and ways to resolve the country’s economic problems.

2- Zarif: US Addicted to Sanctions

1- Zarif: Iran Has Options in Case in Case US Violates Nuclear Deal 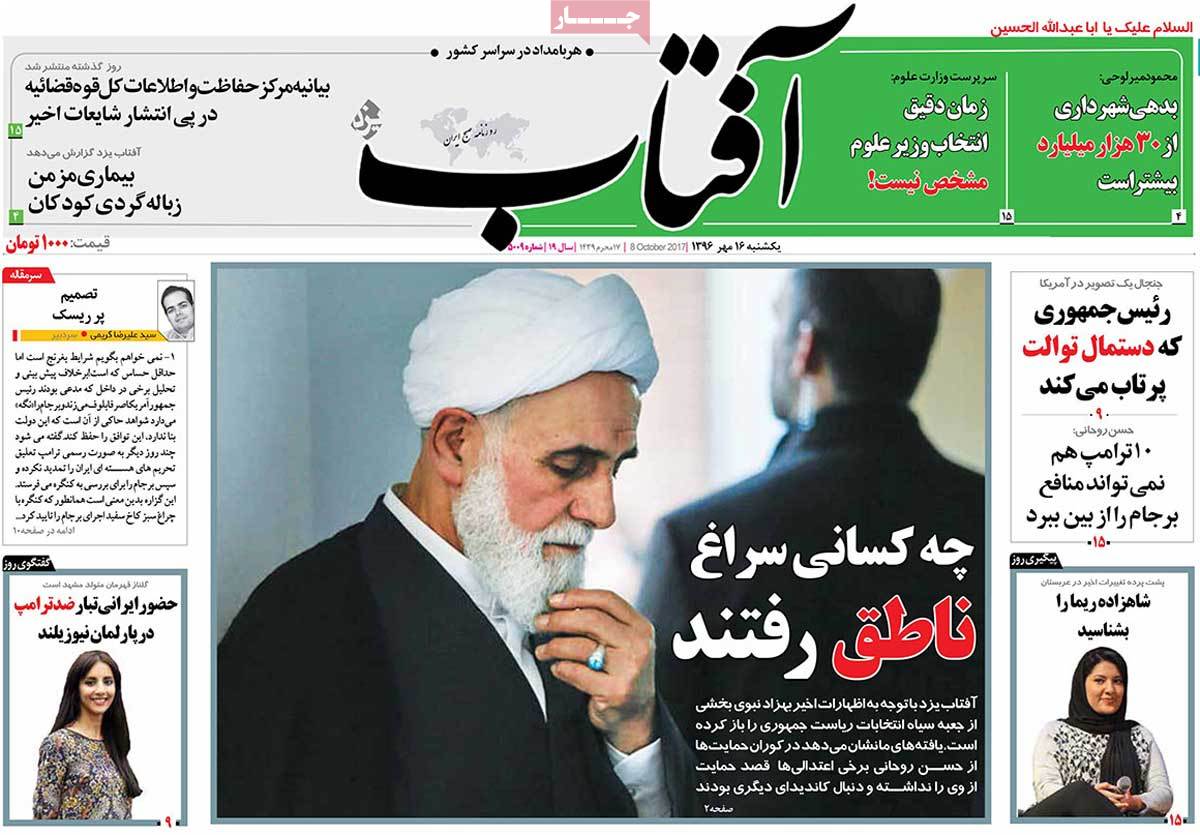 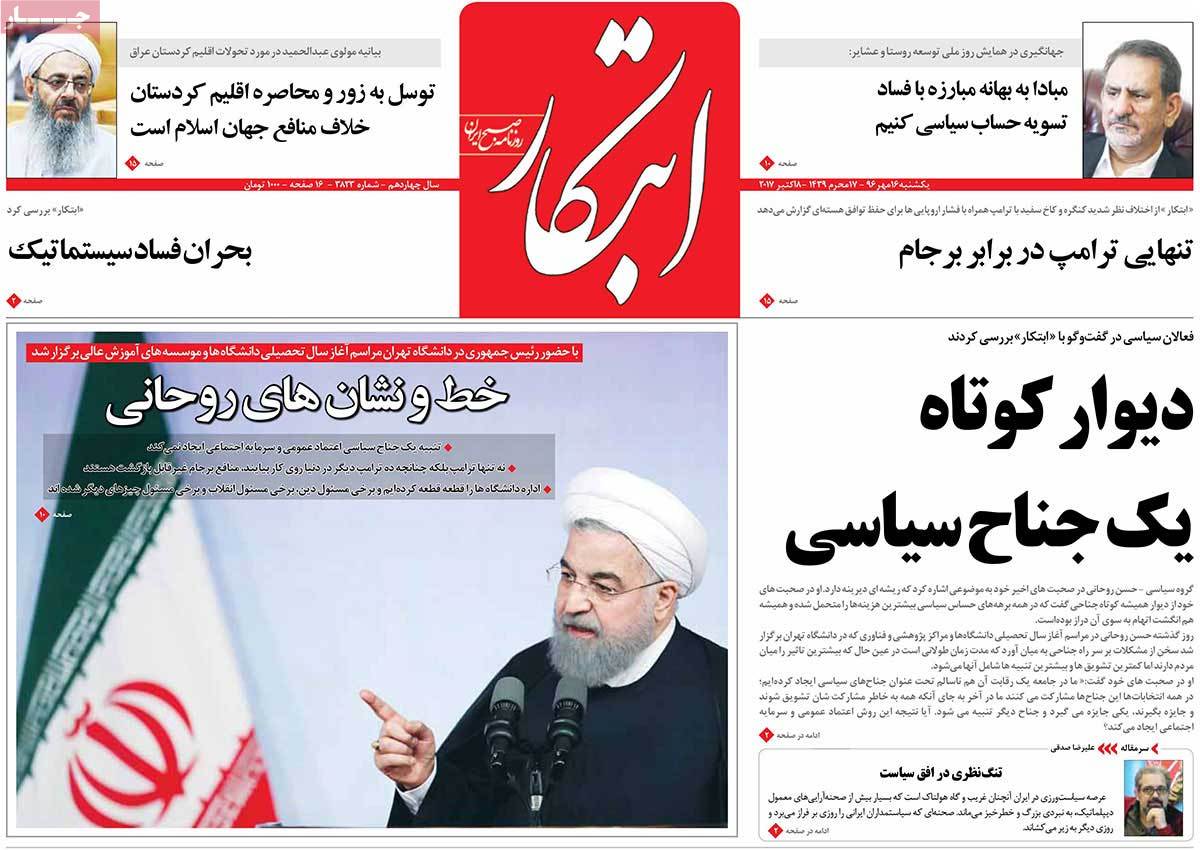 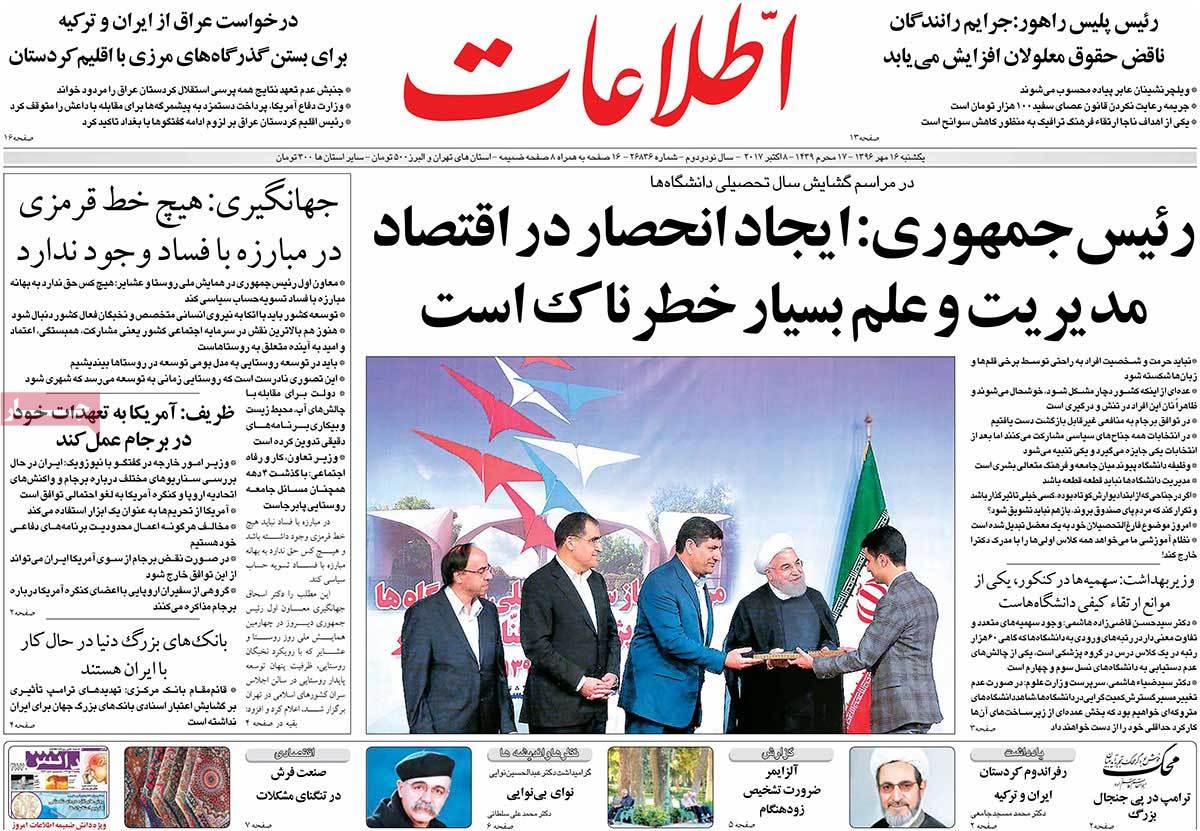 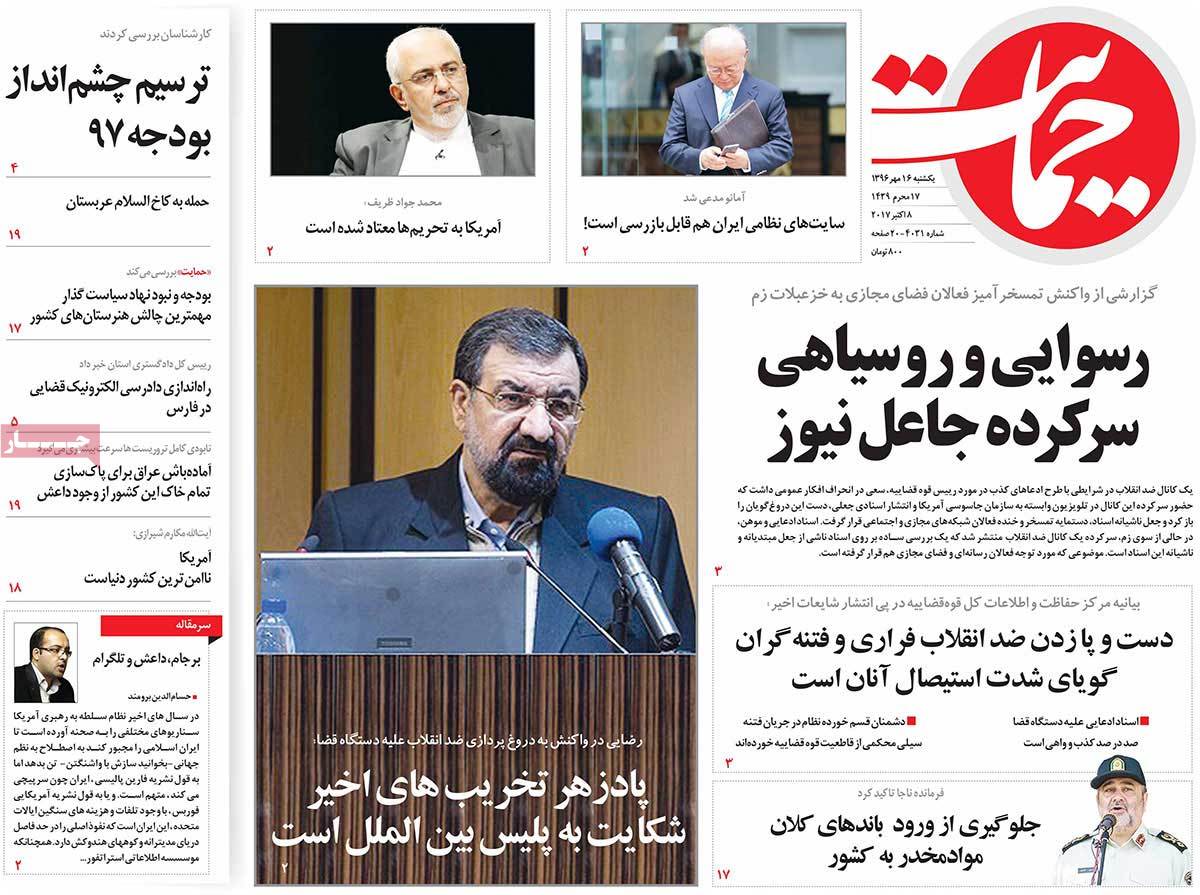 1- Rouhani: University Students, People in Society Should Be Free to Criticize 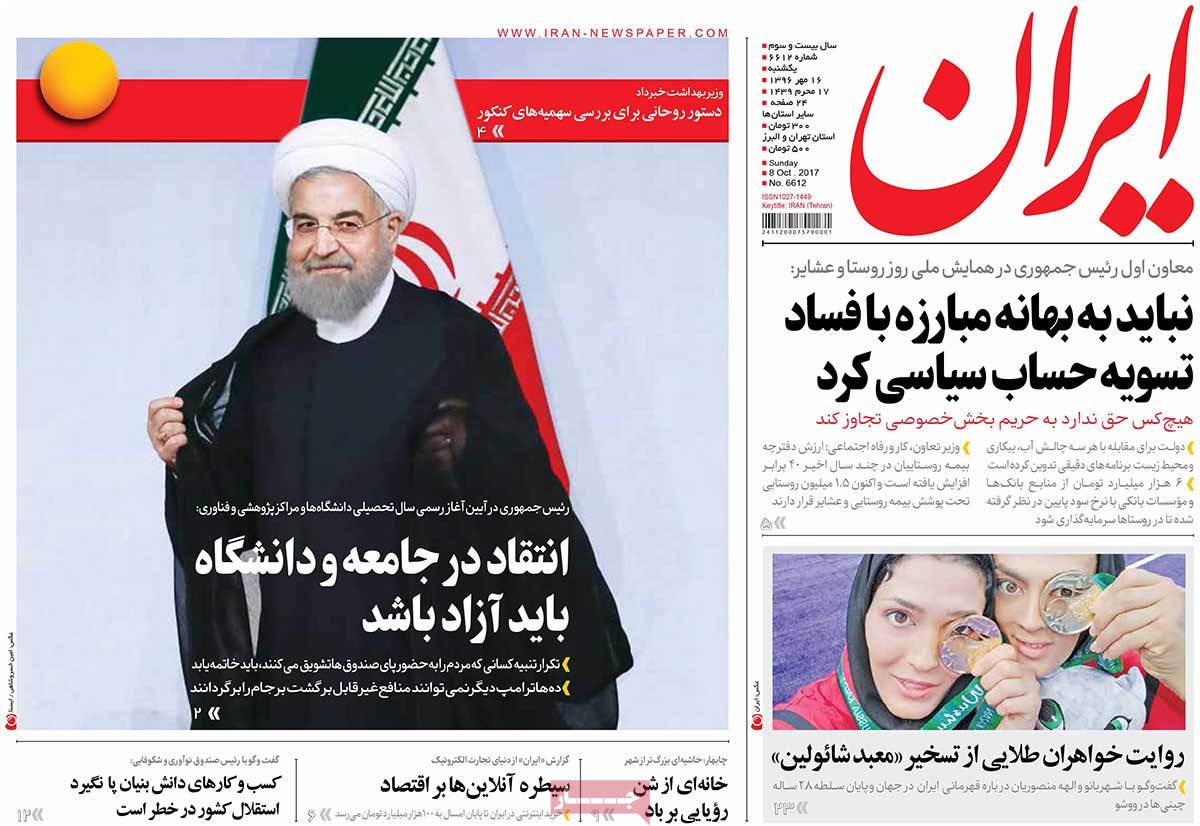 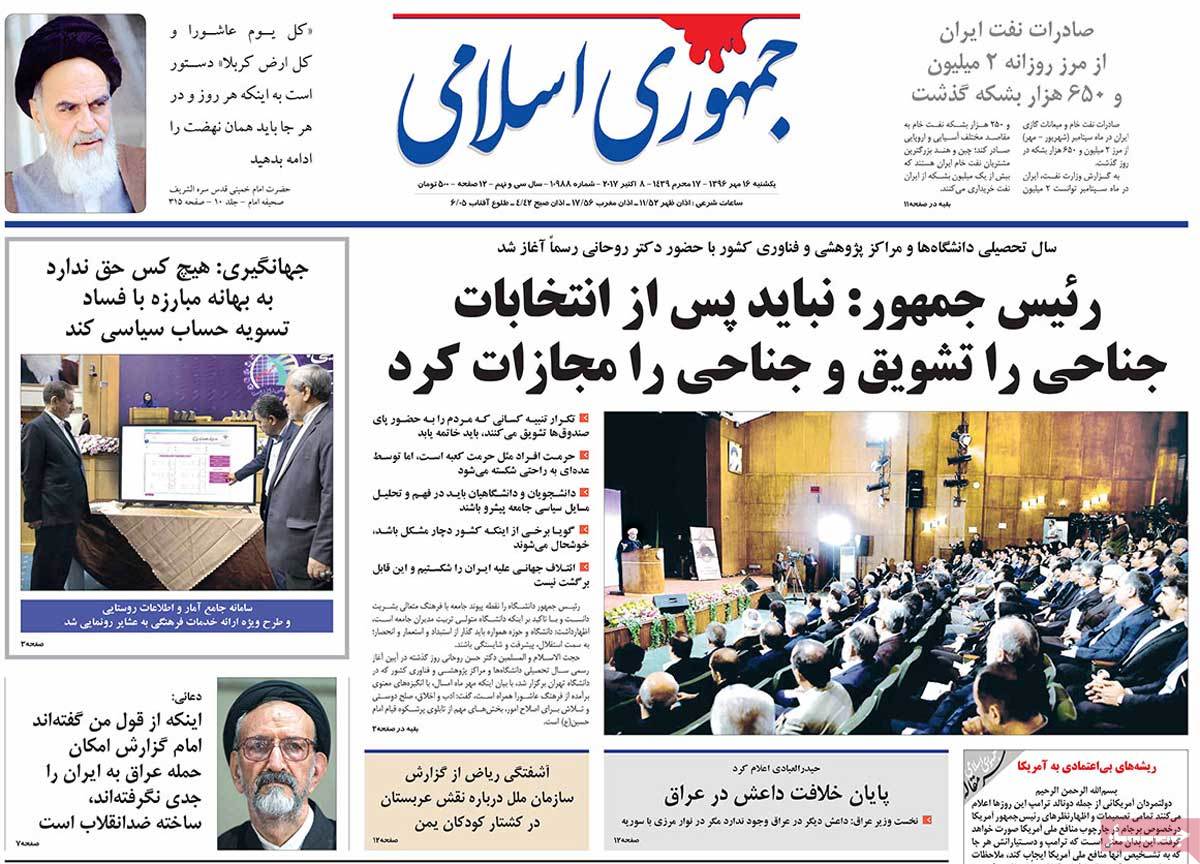 1- A Look at Rouhani’s Remarks 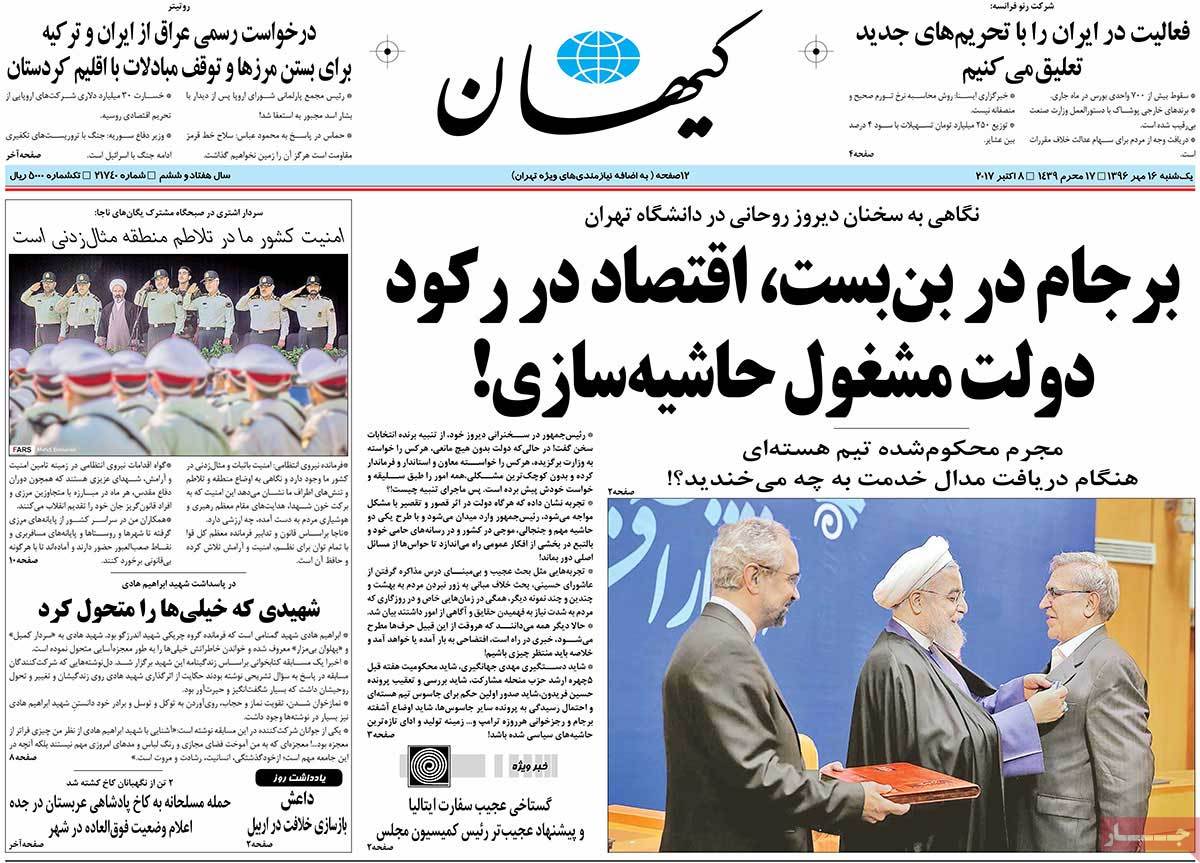 1- Iran Foreign Ministry: Riyadh’s Scandals Too Numerous to Be Covered 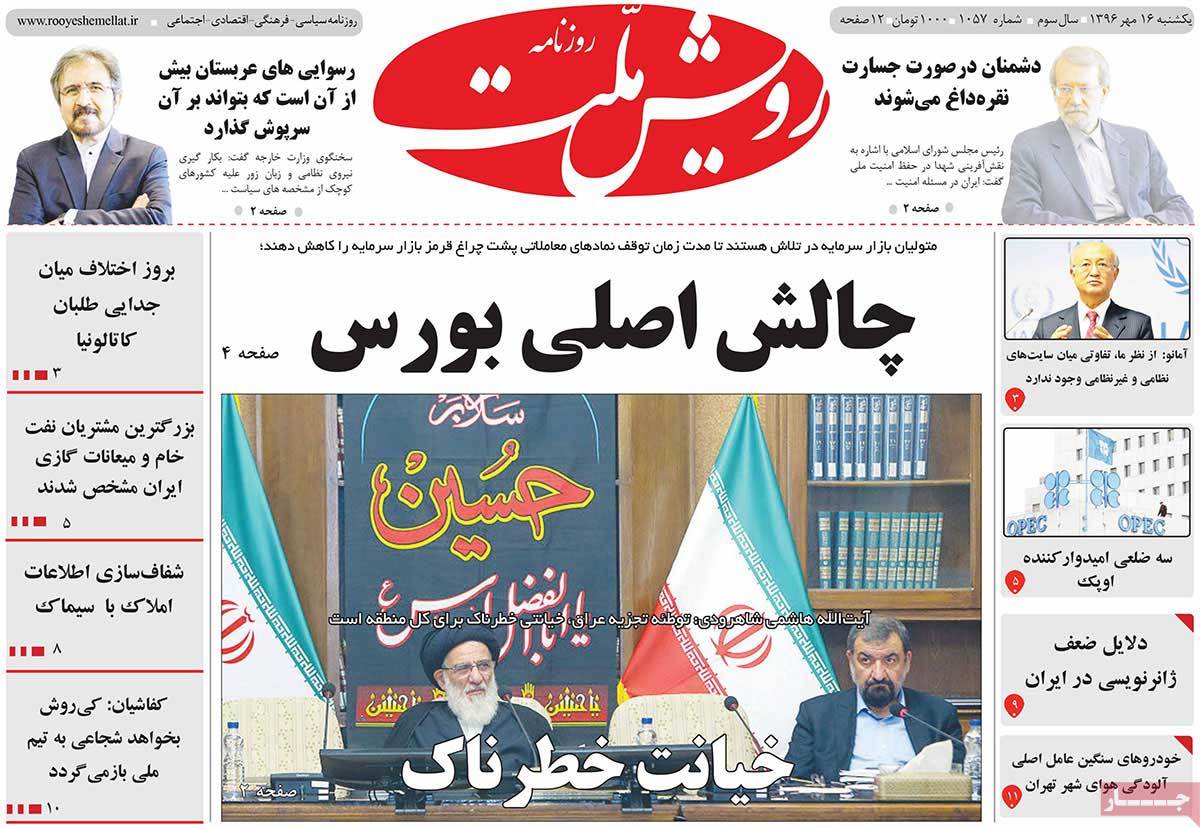 2- Rouhani: Monopoly Is Dangerous; One Party Always Rewarded and One Always Punished 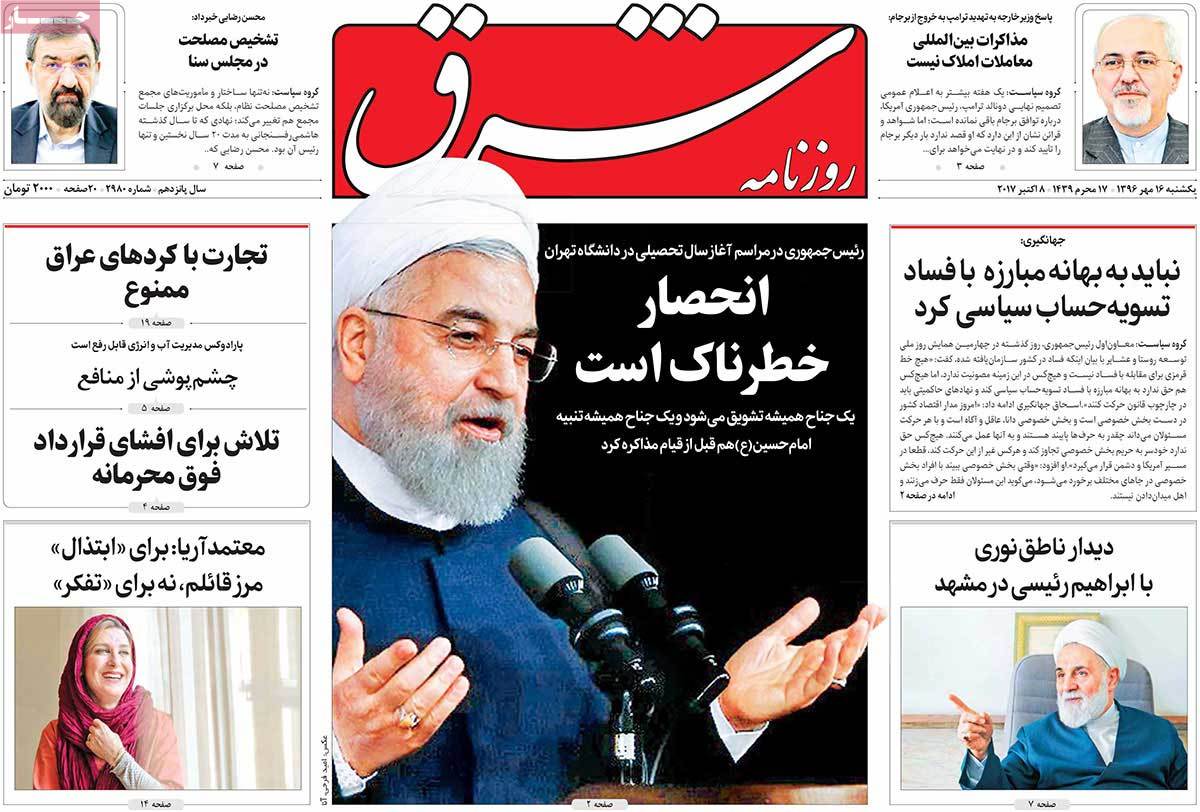