A Look at Iranian Newspaper Front Pages on October 3

Iran Front Page- IFP has taken a look at the front pages of Iranian newspapers on Tuesday, October 3, and picked headlines from 19 of them. IFP has simply translated the headlines and does not vouch for their accuracy.

The top story in today’s newspapers was the tragic deaths of nearly 60 people in Las Vegas shooting, the deadliest such incident in the US history.

Newspapers also covered the remarks made by a number of Iranian lawmakers who raised the possibility of changing Iran’s system of government to a parliamentary one if OK’d by the Leader. The MPs say they may write a letter to Ayatollah Khamenei, asking him to call for a revision in the Constitution.

A meeting between the top military chiefs of Iran and Turkey in Tehran and their talks on the Iraqi Kurdistan were also highlighted in today’s papers.

Reformist media also reported that seven reformist politicians have been sentenced to one-year prison terms and a ban on political activities following their imprisonment.

1- MP: Parliament May Ask Leader to Order Revision of Constitution

2- Terror in Capital of Gambling 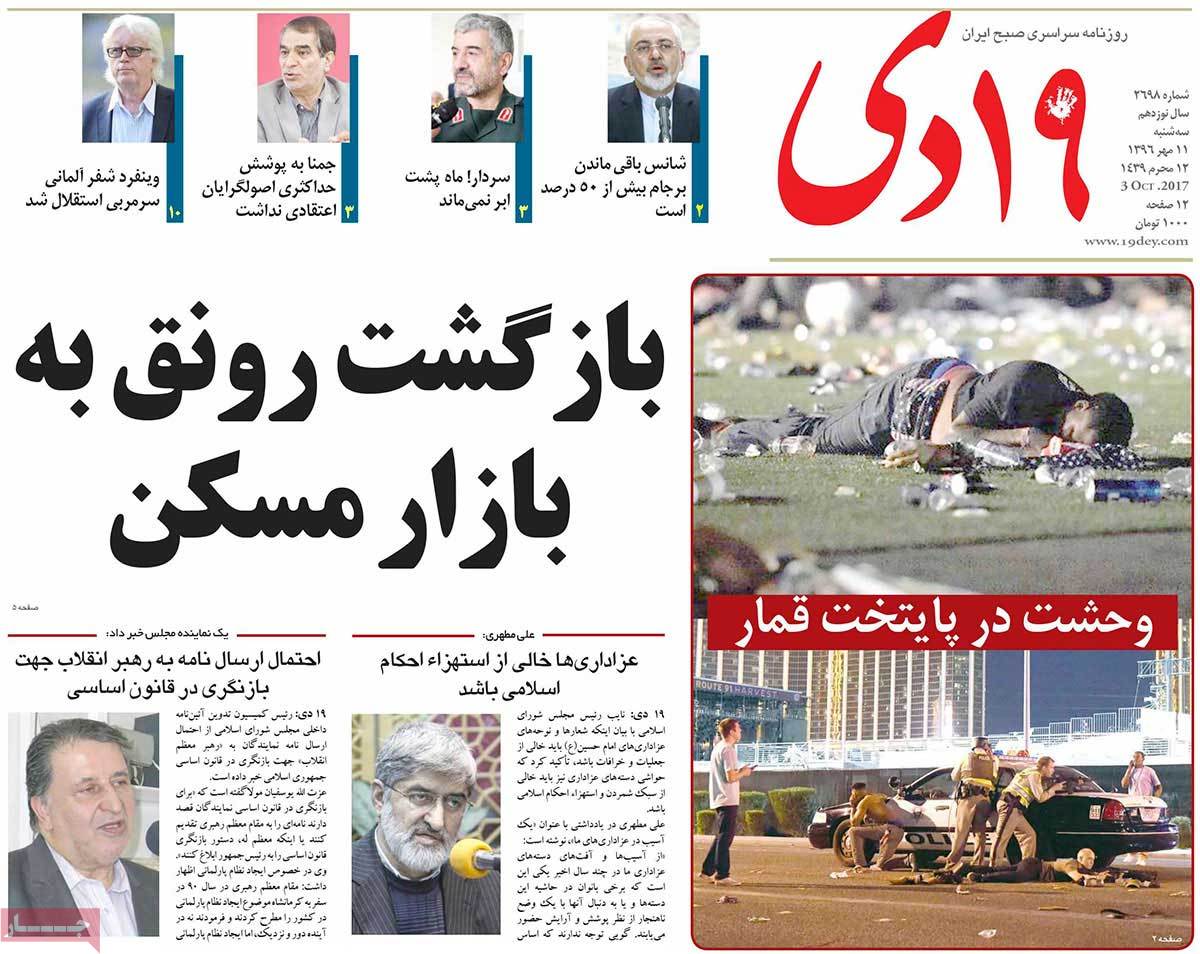 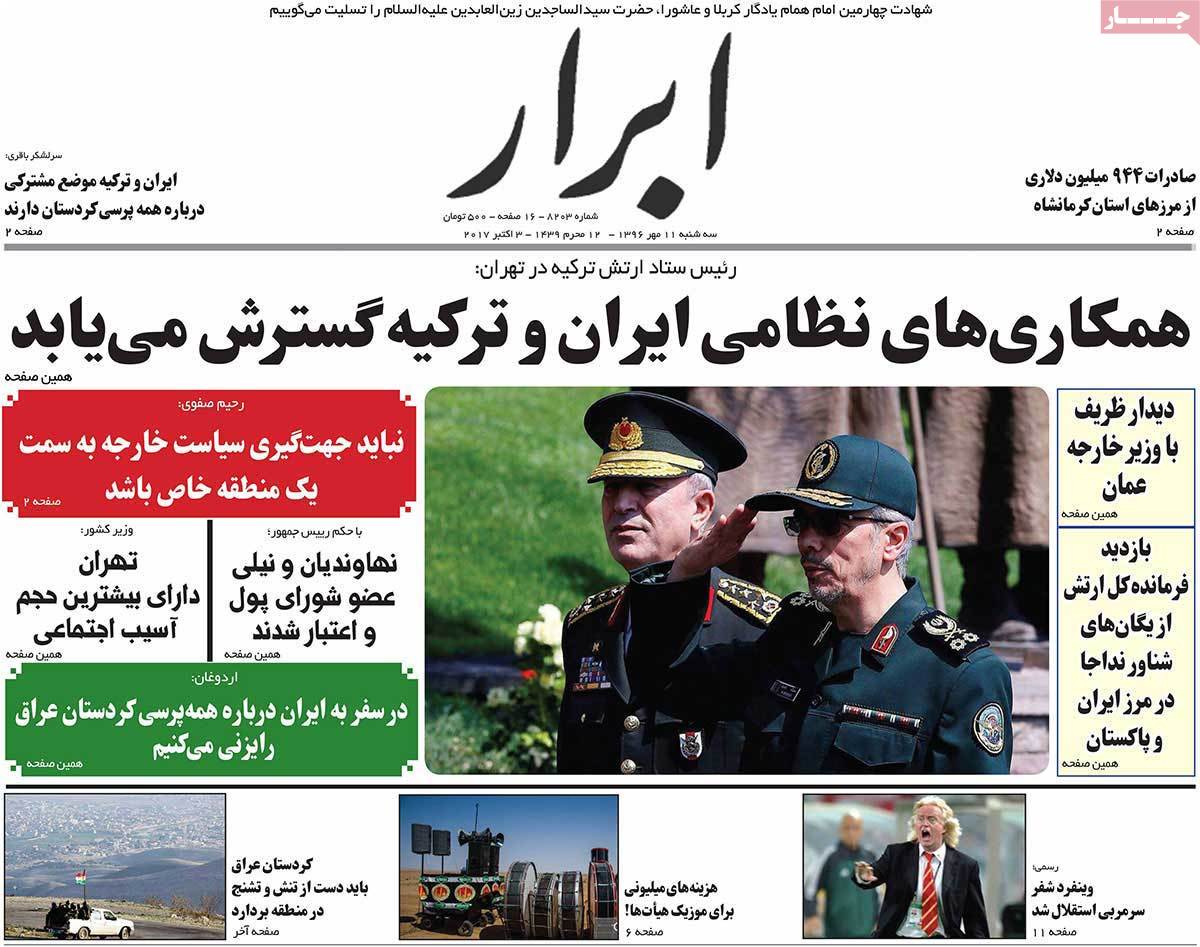 1- Las Vegas: Over 560 Killed, Wounded in Deadliest Shooting in US History 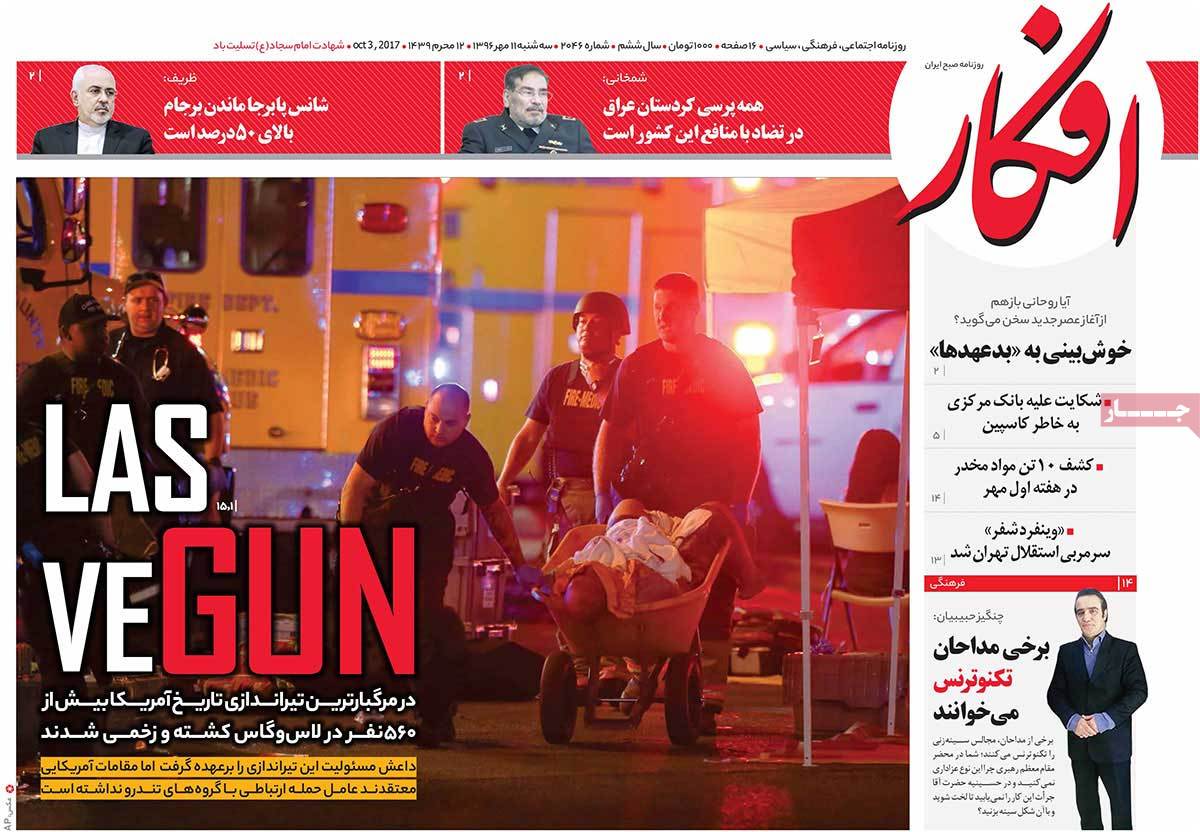 2- Mohammad-Reza Khatami: Reformists Popular Because of Their Persistence 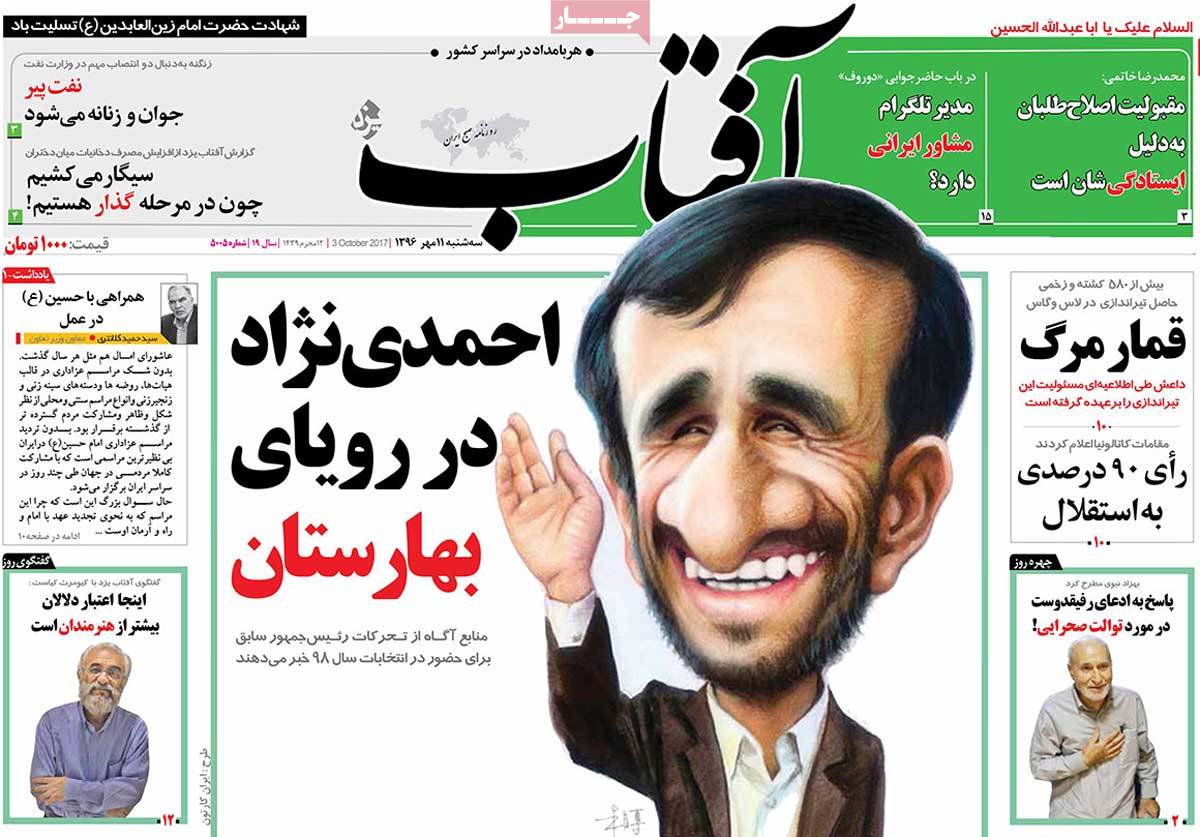 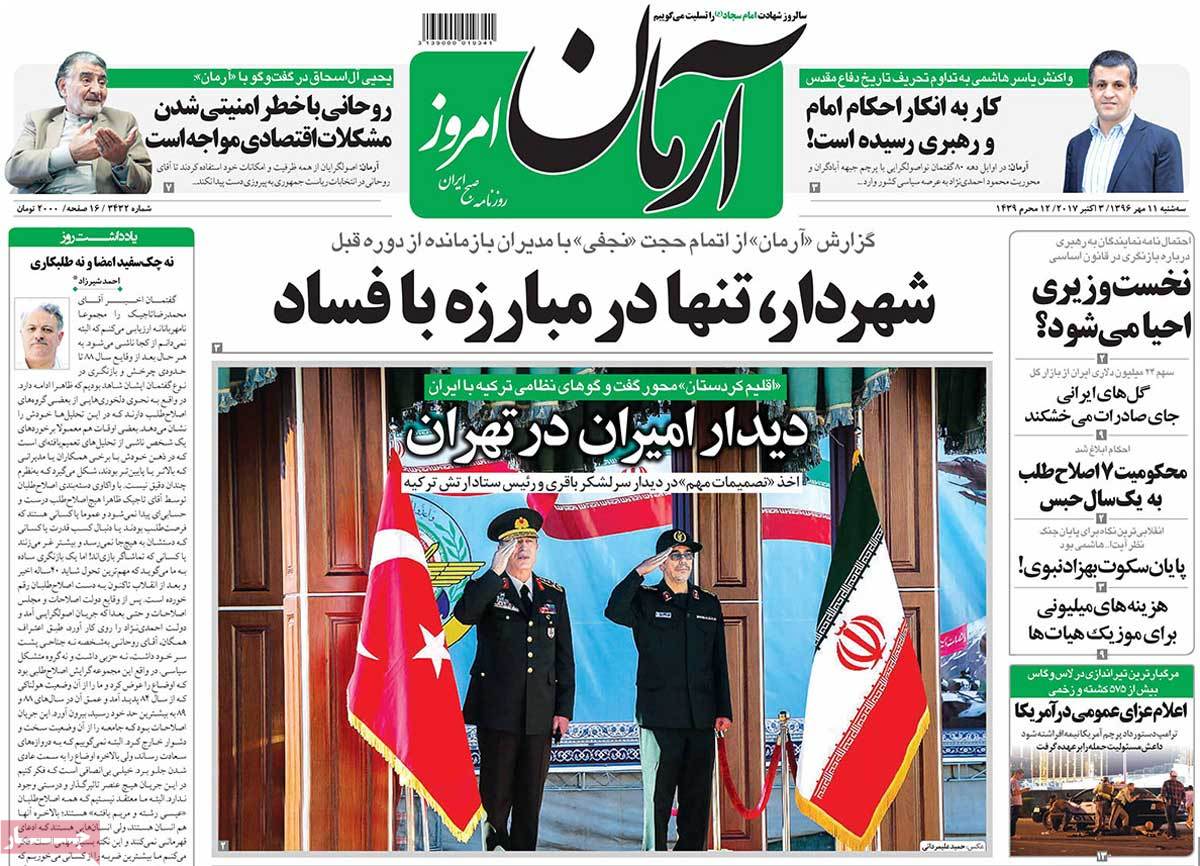 1- New Era? A Look at Social Reforms in Saudi Arabia

2- Zarif: Chance of JCPOA Survival Is More than 50% 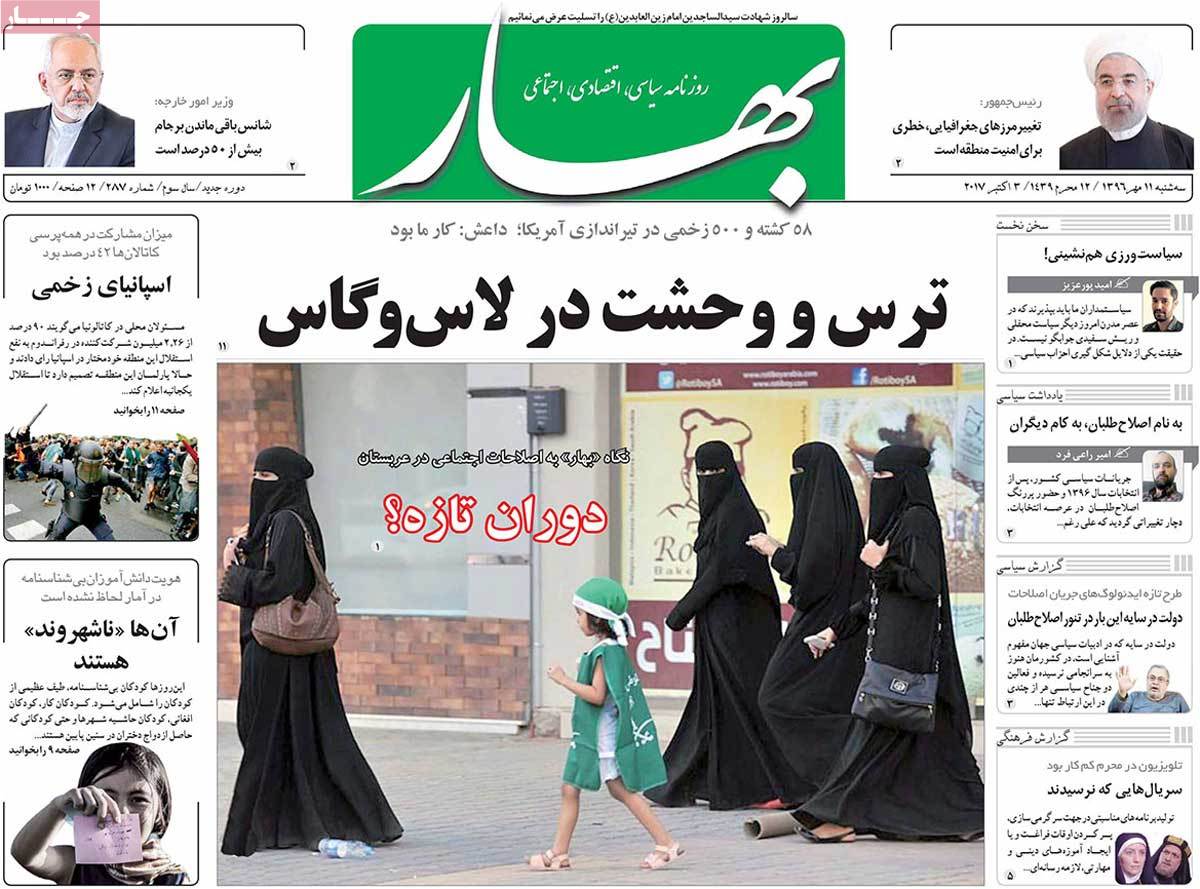 4- Heavy Costs of Rabies: Increased Expenses of Rabies in Iran, Efforts to Eliminate It 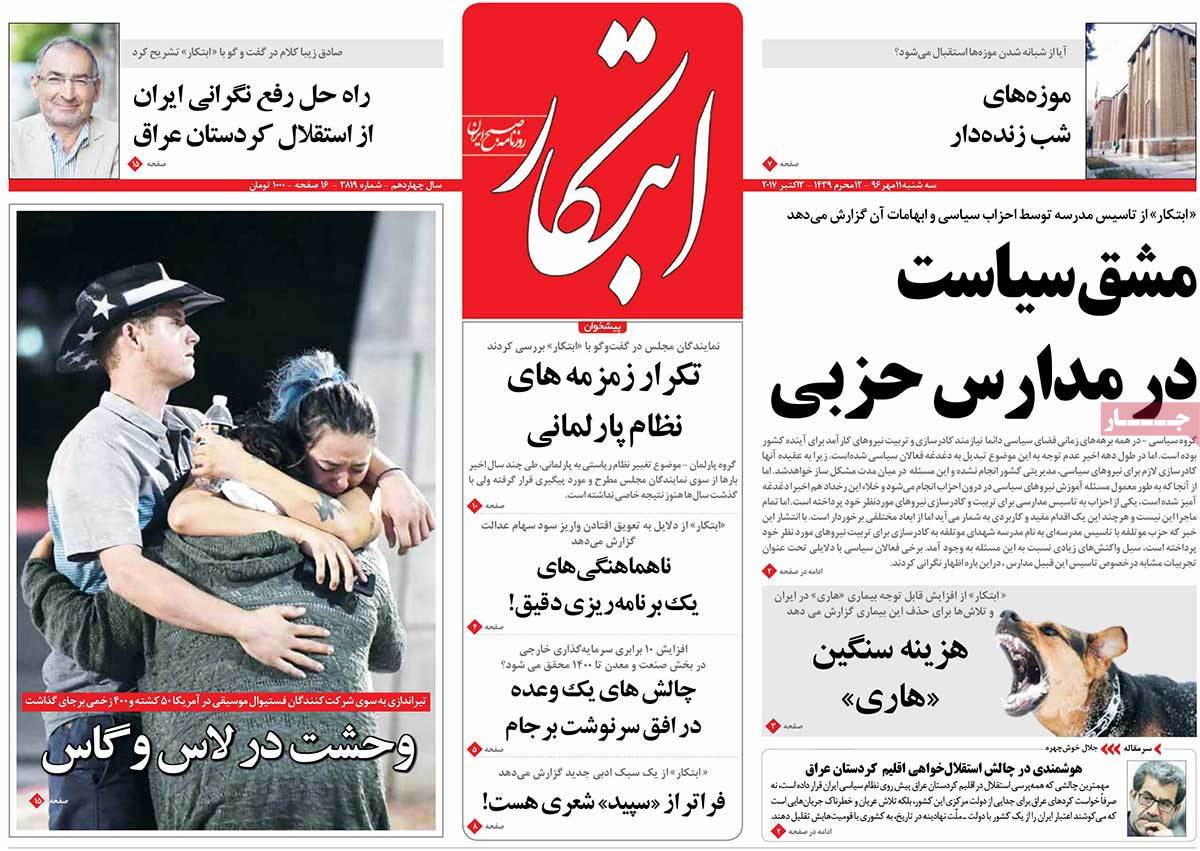 2- Festival of Death in Las Vegas 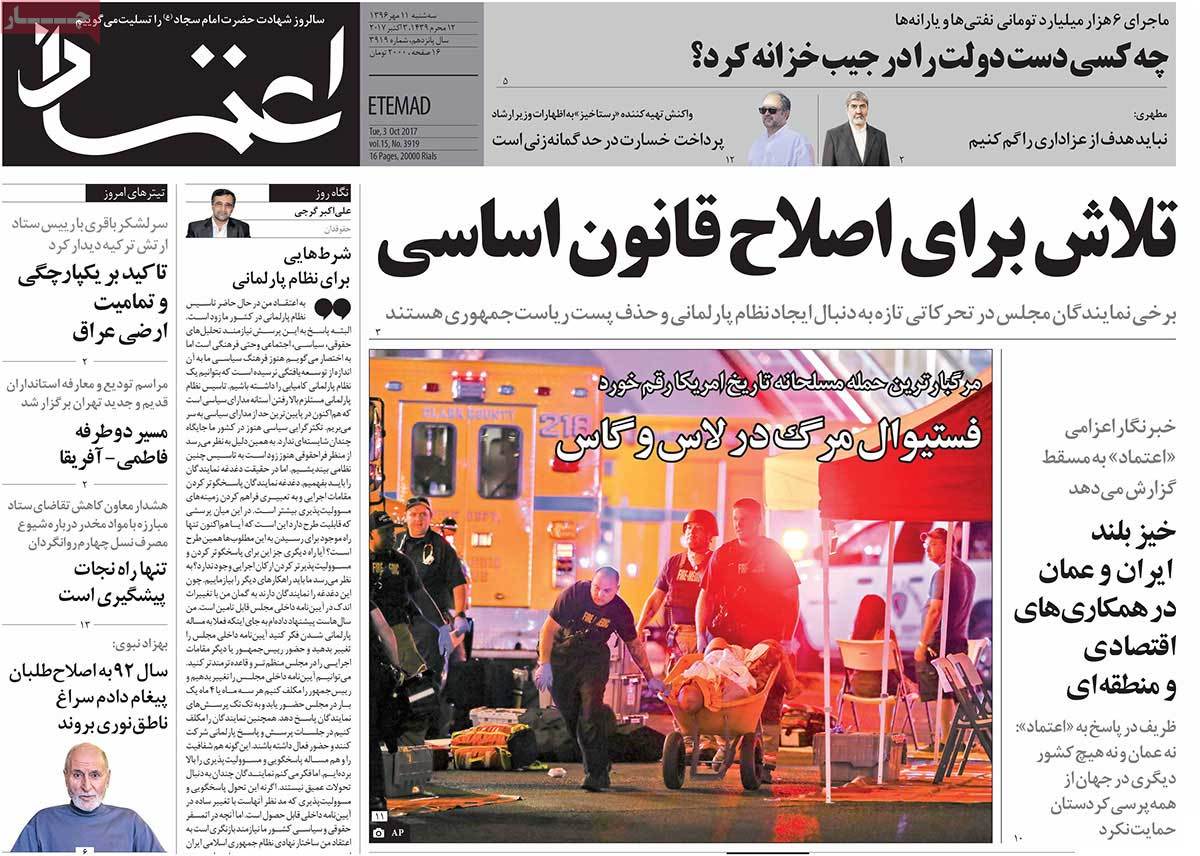 1- Rouhani: Change in Geographical Borders to Increase Insecurity in Region 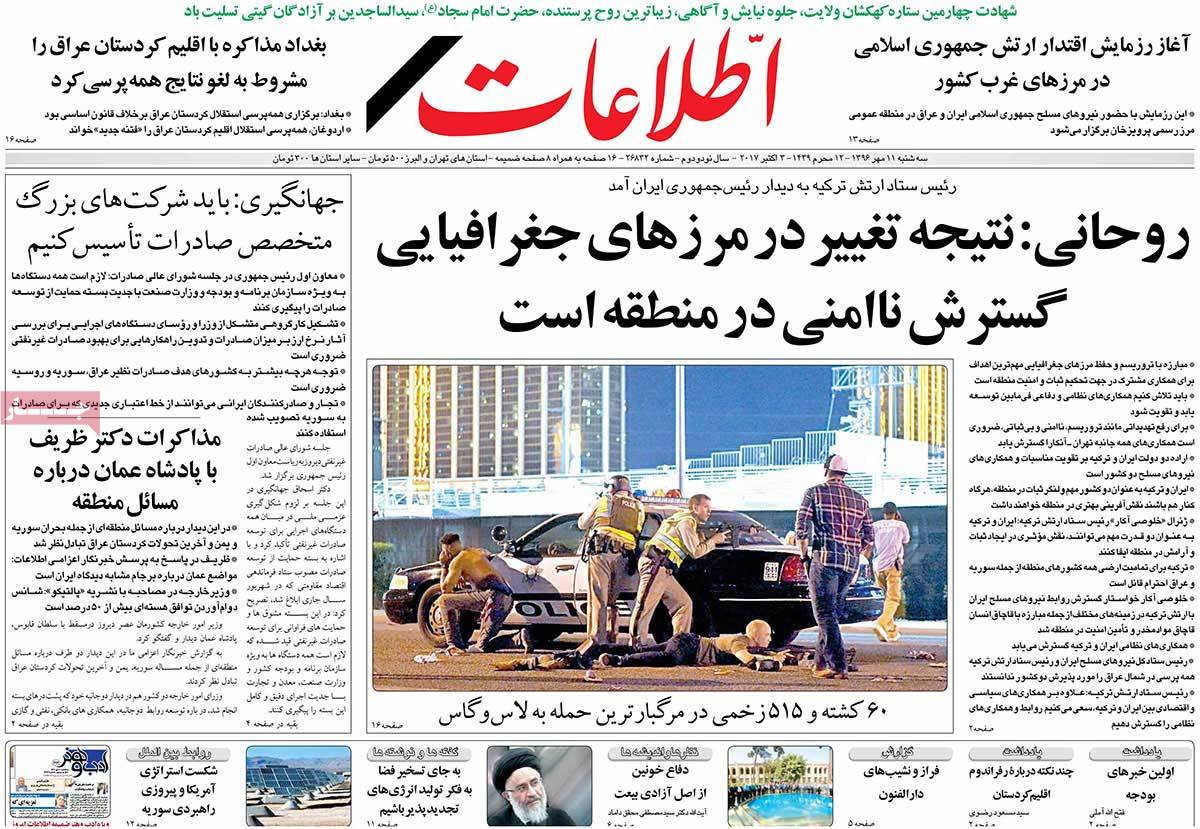 1- Concert of Blood and Madness in Las Vegas 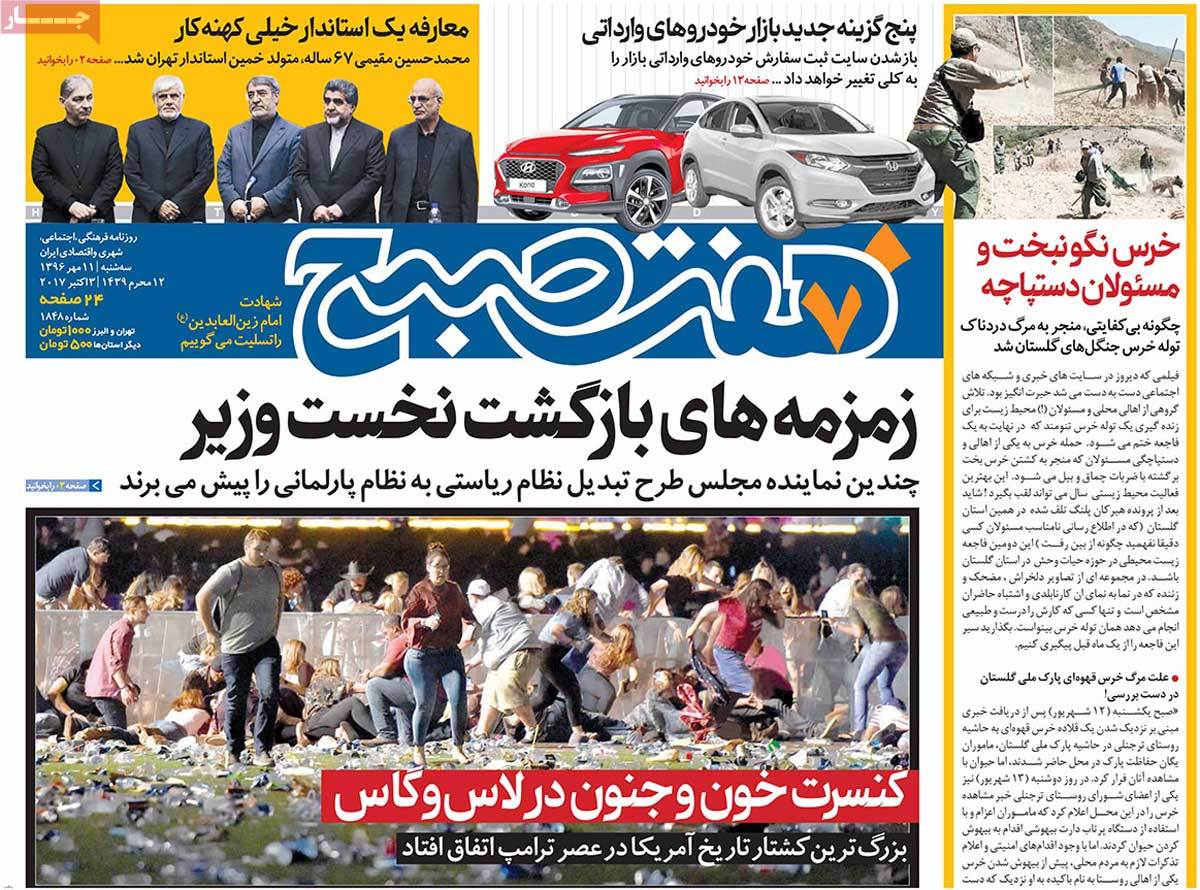 1- Melody of Death in Las Vegas

1- US Loses in Gamble of Domestic Terrorism 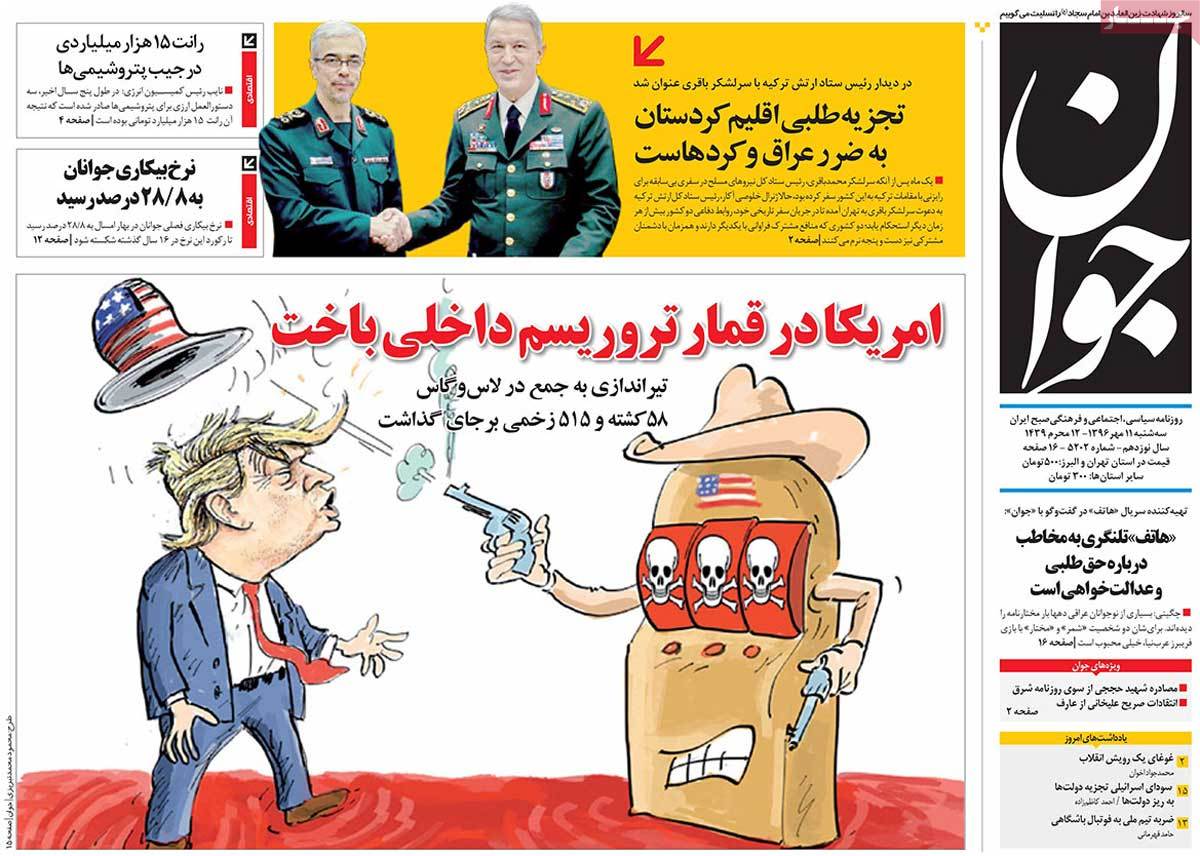 1- Symphony of Death in Las Vegas

2- The Warnings about Nuclear Deal that Weren’t Heard 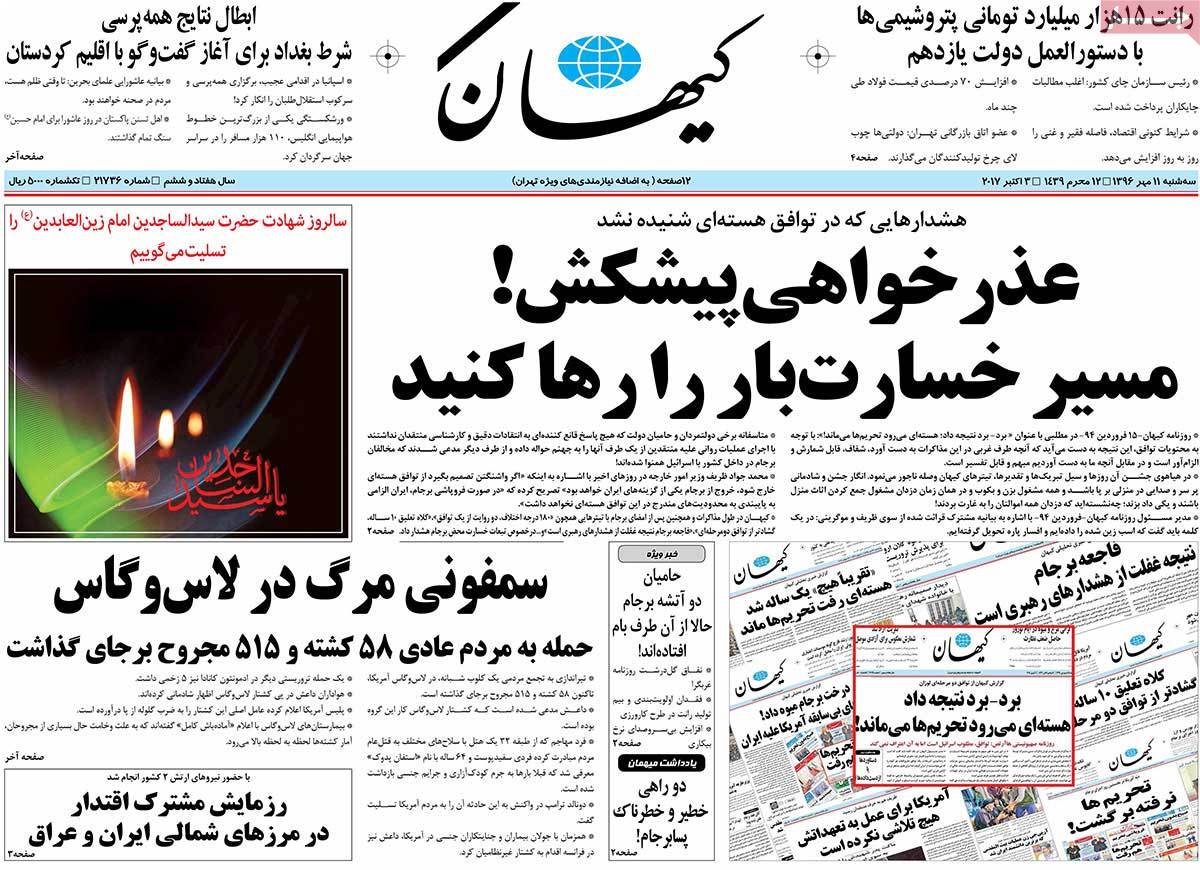 1- Concert of Blood in Las Vegas 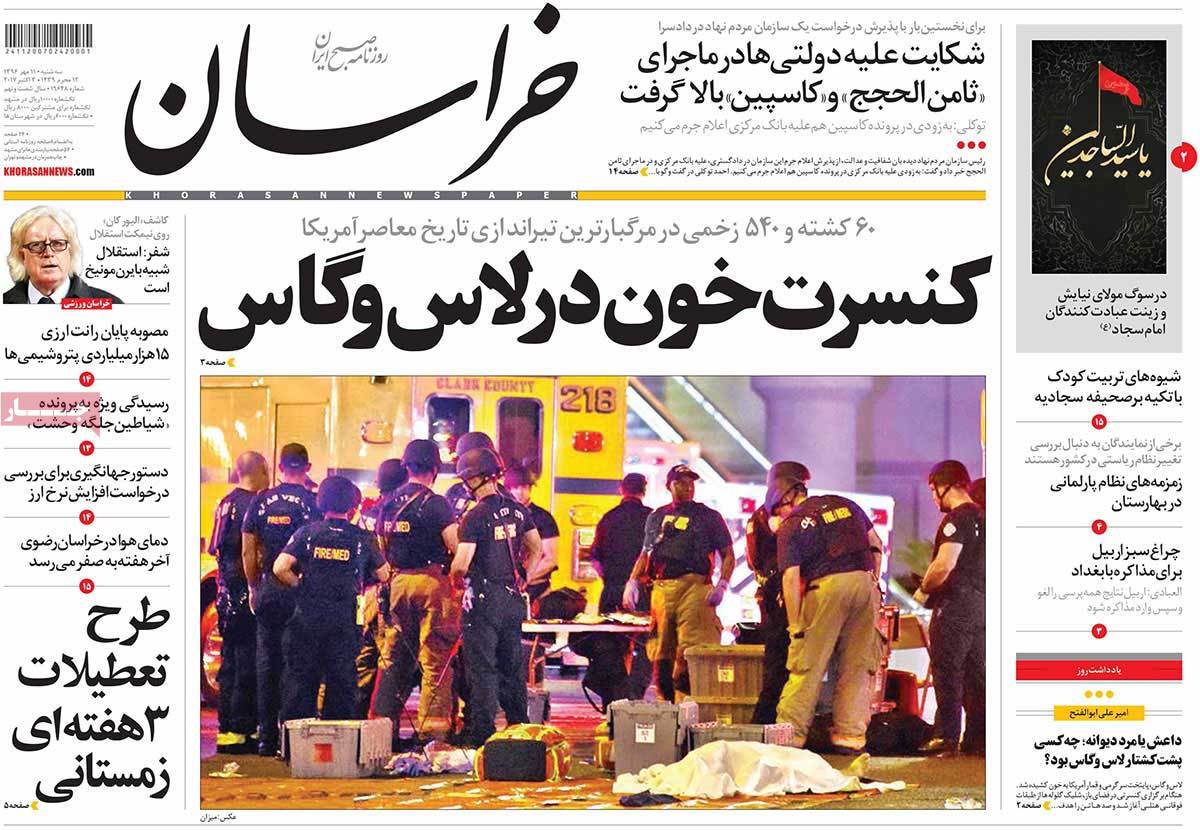 1- Trump Once Again Threatens Iran: A Report on US Latest Move

2- Plan for Parliamentary System of Gov’t

3- Violence and Referendum: A Review of Aftershocks of Catalonia Independence Plebiscite 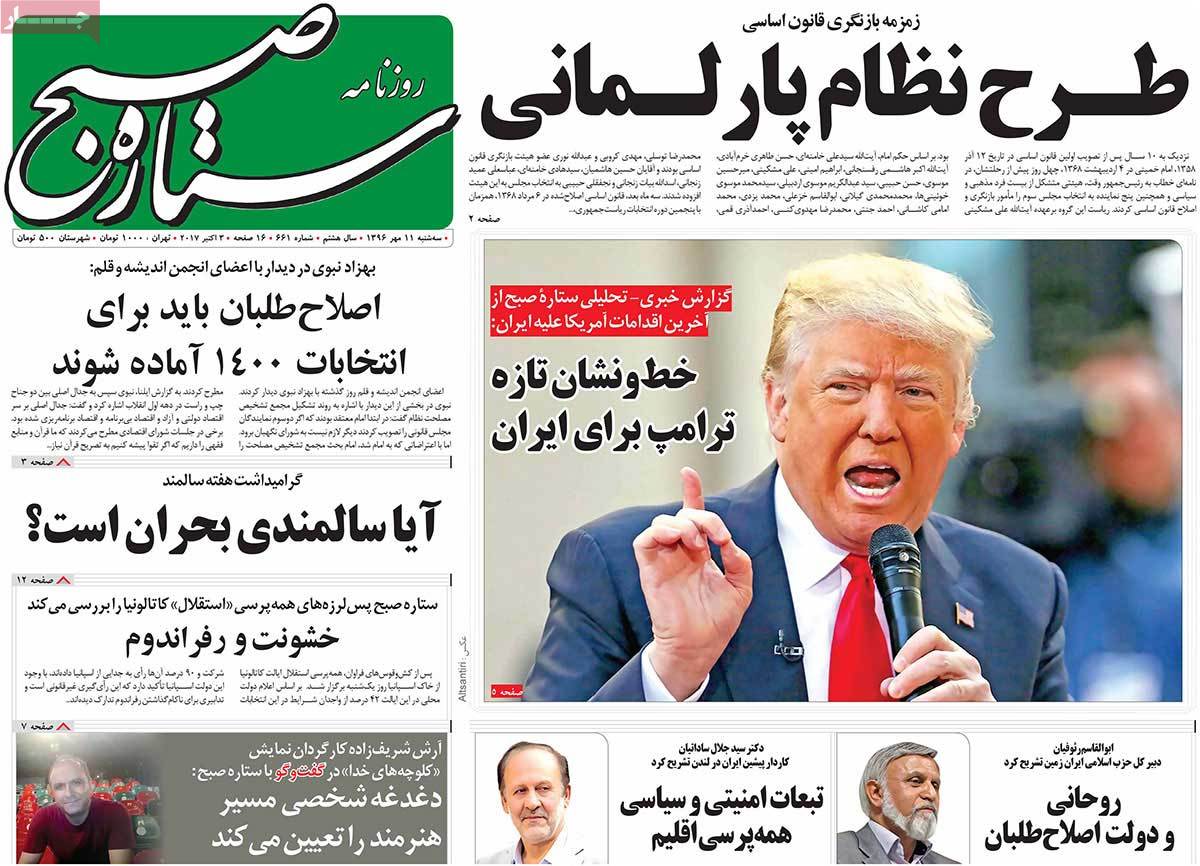 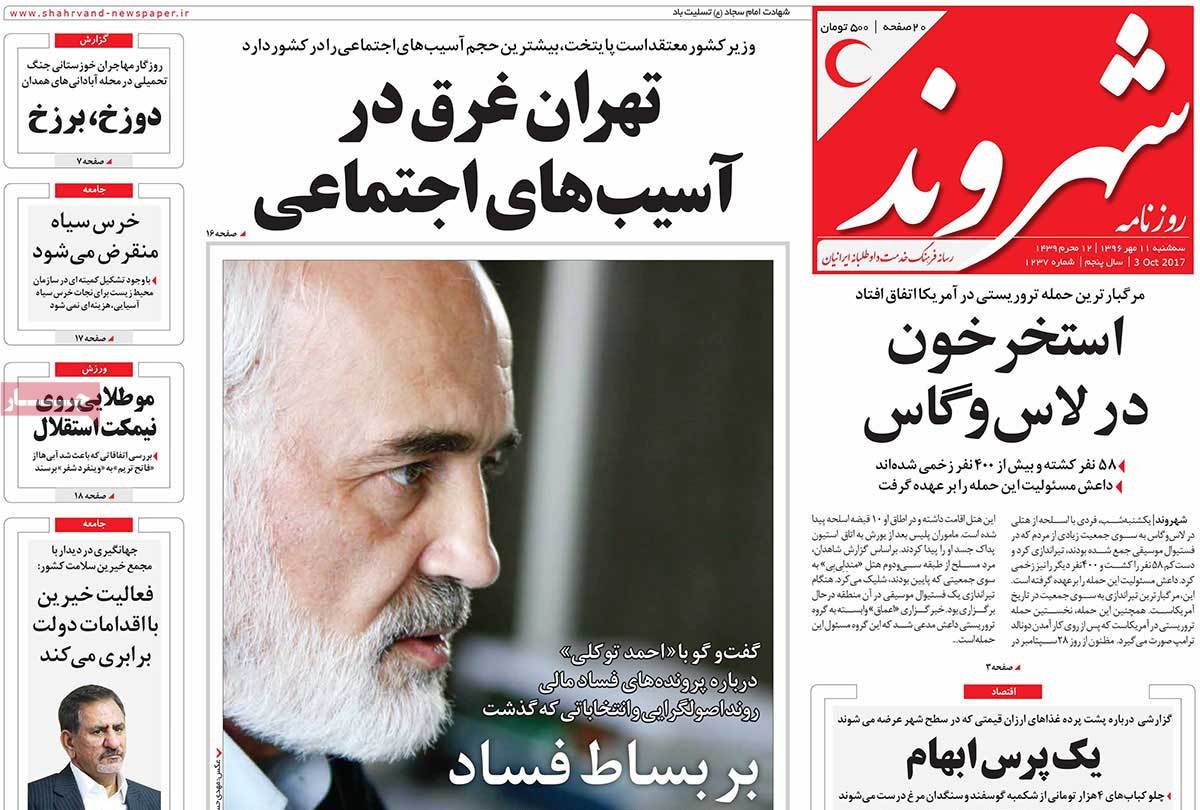 1- Shower of Death in Las Vegas 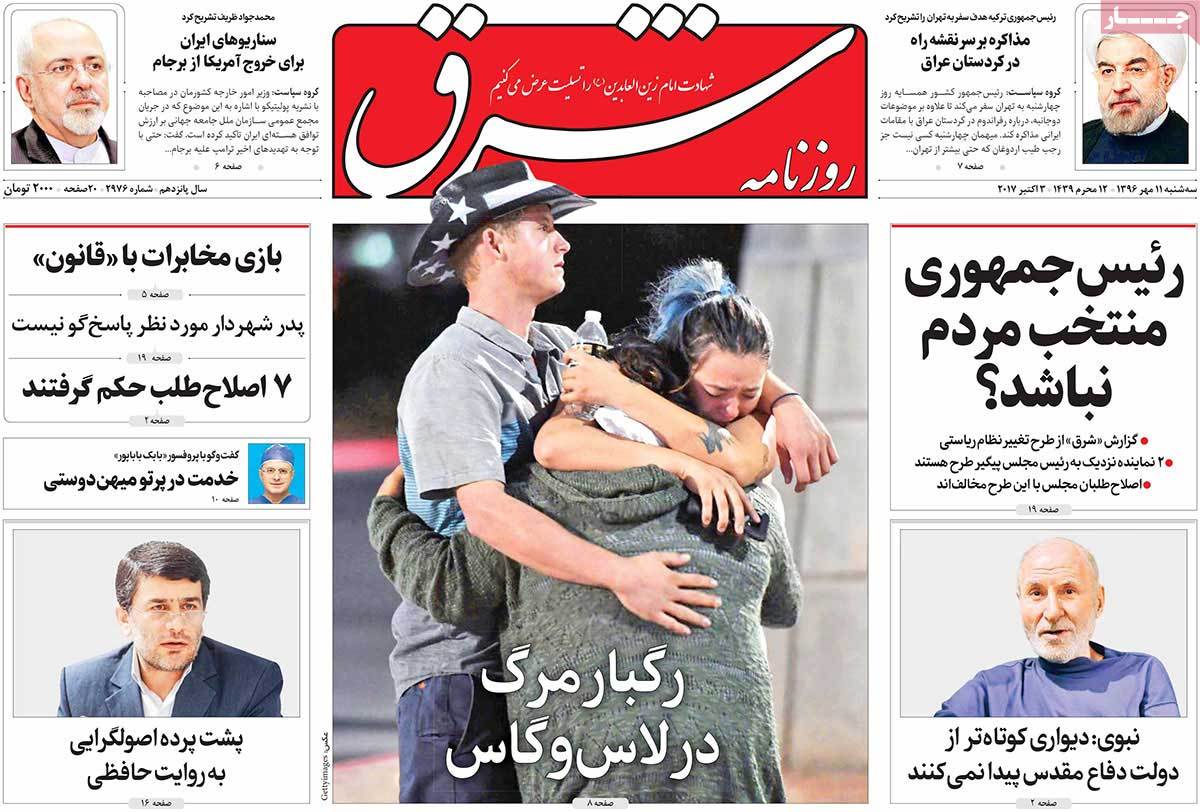 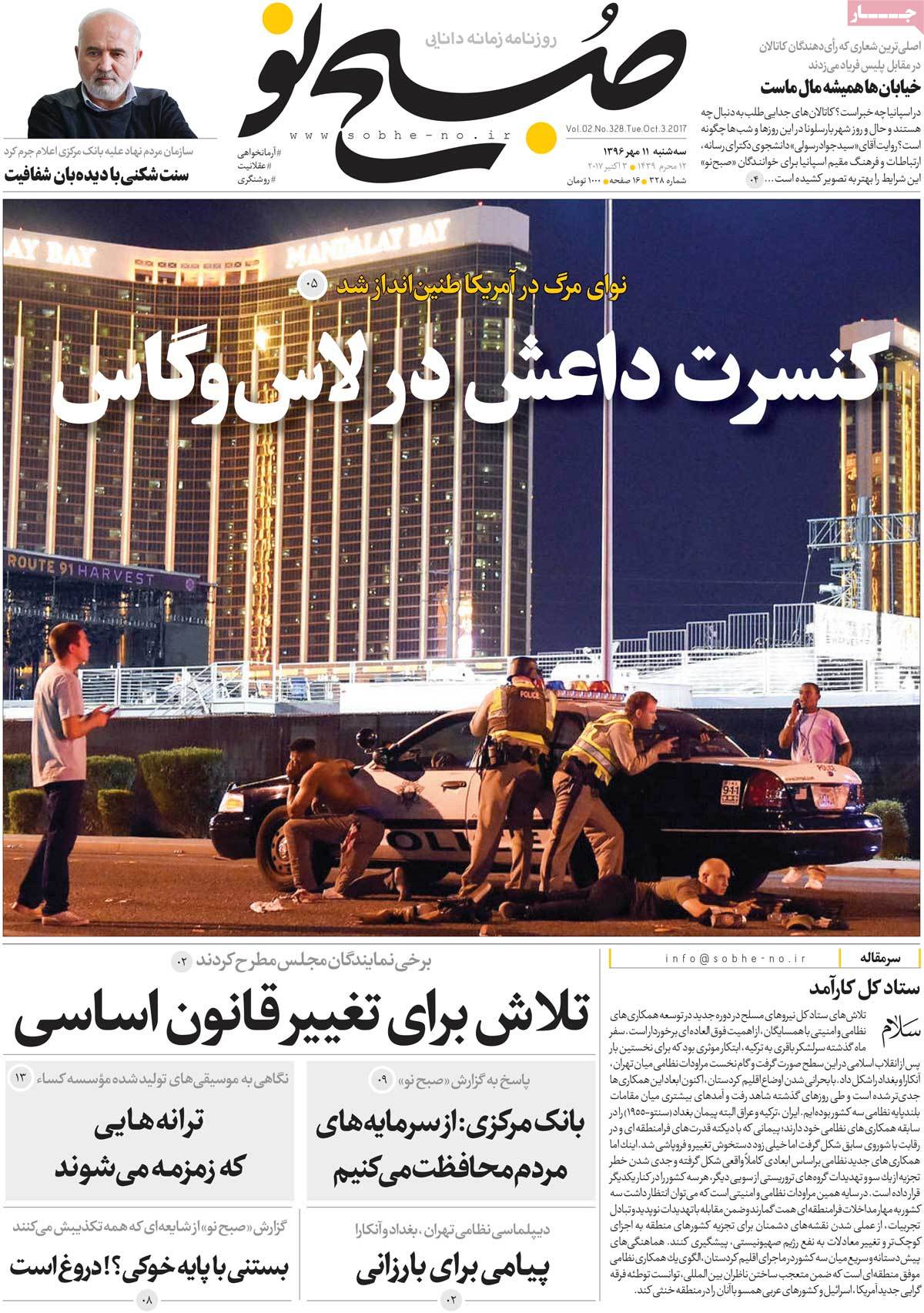 1- Concert of Terror in Las Vegas 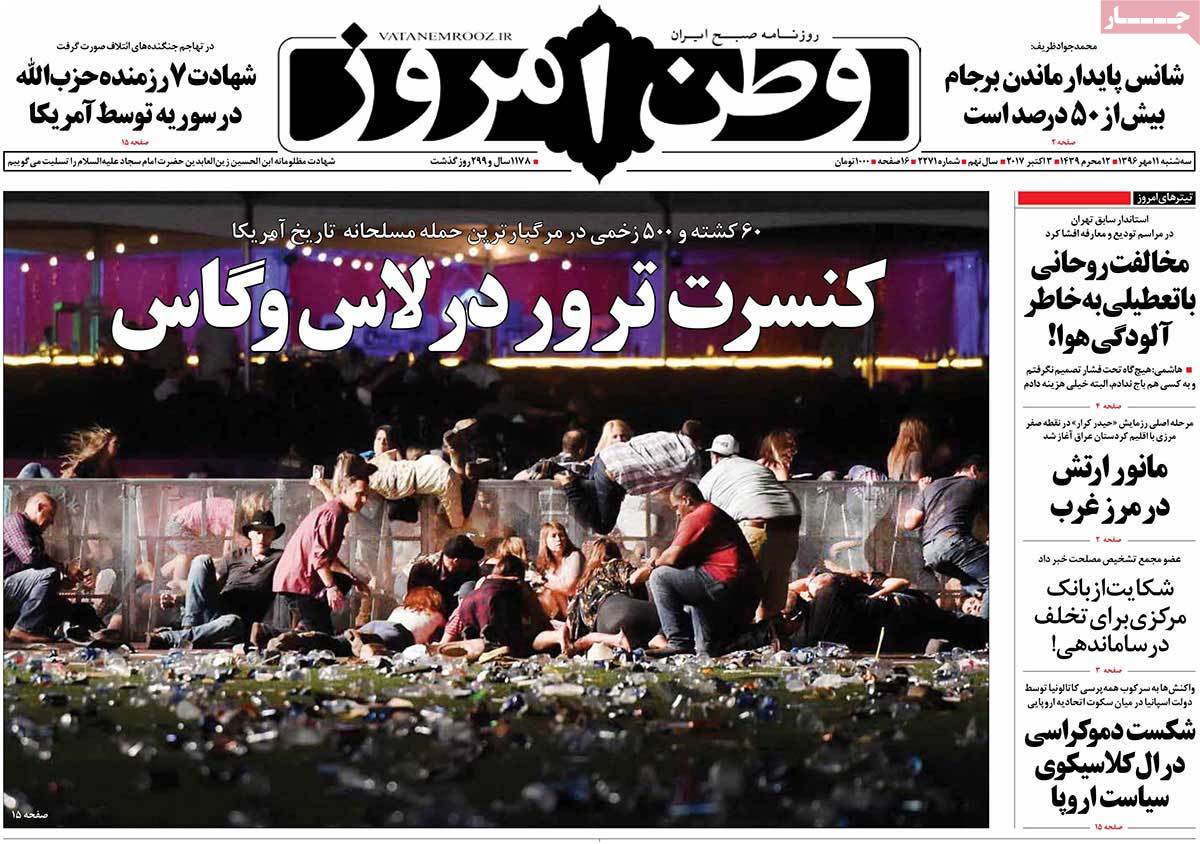