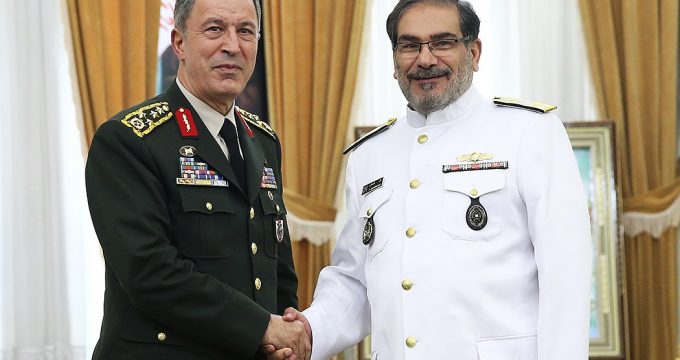 Press TV – A senior Iranian official says the recent secession plebiscite held in Iraq’s semi-autonomous Kurdistan region will help boost Takfiri terrorism across region while jeopardizing the interests of both the Iraqi and Kurdish people.

“Holding the referendum in Iraq’s Kurdistan will help the Western-Zionist-Arab front supporting Takfiri terrorism achieve its objectives and is definitely in contradiction to the interests of the Iraqi people, particularly the Kurds,” Secretary of Iran’s Supreme National Security Council (SNSC) Ali Shamkhani said in a meeting with Turkish Chief of General Staff Hulusi Akar in Tehran on Monday.

He slammed the reckless and irresponsible approach adopted by some officials in the Iraqi Kurdistan Region, warning that lack of due attention to security exigencies of Iraq would divert attention away from the fight against Takfiri terrorism as the main threat to the region.

The SNSC secretary stressed the importance of bolstering cooperation among Iraq, Turkey and Iran with the purpose of preventing developments in the Iraqi Kurdistan Region from negatively affecting the operations to clear the country of remaining Daesh terrorists.

The Turkish chief of general staff, for his part, said his country strongly supported the central government in Iraq and the country’s territorial integrity.

Akar added that cooperation among Tehran, Ankara and Baghdad would thwart all divisive plans in the region.

The Kurdistan Regional Government (KRG) held a non-binding referendum on September 25 on secession from the central government in Baghdad in defiance of Iraq’s stiff opposition.

Major regional and international parties have also voiced serious concern over the secessionist move, saying it would compound the problems of the country, which is already busy with counter-terrorism operations against Daesh terrorist group.

Iran and Turkey had warned that the controversial vote could lead to further instability in the entire Middle East, a region already ravaged by numerous conflicts and terror threats.

Addressing reporters following a meeting with Akar earlier in the day, Chief of Staff of the Iranian Armed Forces Major General Mohammad Baqeri said Tehran and Ankara had “common and similar” positions on the recent independence referendum held in the Kurdistan region and believed that it was unacceptable.

Iran and Turkey also believe that Iraq’s territorial integrity must be preserved, he added.

The Turkish chief of general staff arrived in Tehran late Sunday at the invitation of Major General Baqeri, who visited Ankara in mid-August, the first by an Iranian chief of staff since the 1979 Islamic Revolution. Akar’s trip is taking place ahead of a scheduled visit by Turkish President Recep Tayyip Erdogan to Iran.