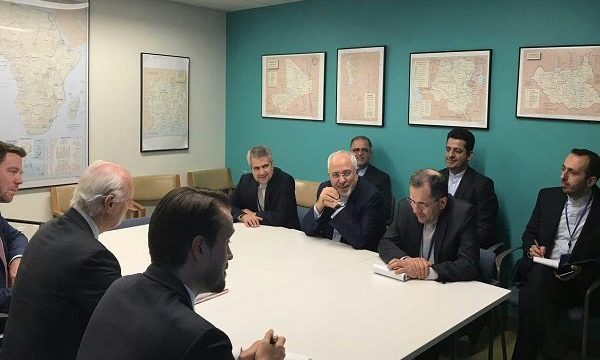 During the talks held on the sidelines of the UN General Assembly, Zarif and de Mistura conferred on the latest status of political talks aimed at resolving the Syria crisis.

They also discussed the dispatch of humanitarian aids and the future perspective after the defeat of terrorists.

Zarif also held a meeting with the president of the International Committee of the Red Cross (ICRC) on Friday, where they conferred on the latest status of the humanitarian aid being provided for the war-stricken and displaced people of Syria, Yemen, Myanmar.