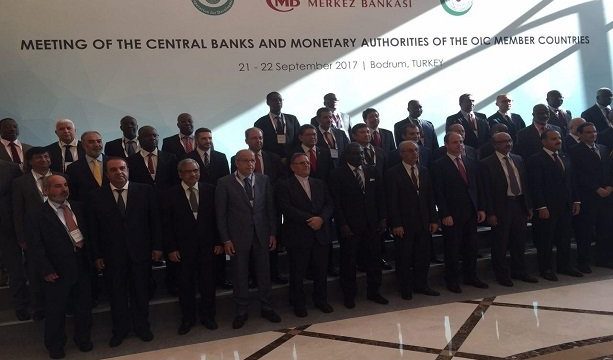 Valiollah Seif: Iran to enjoy investment capacity of $3,500 bn by next two decades

MNA– Governor of the Central Bank of Iran Valiollah Seif announced that Iran has the capacity to attract 3500 Billion dollar investments within the next two decades.

In a session on Friday, in Bodrum of Turkey which took place in the presence of the governors of central banks from members of Organization of Islamic Cooperation (OIC), Valiollah Seif stated that “Iran’s geopolitical position in the Middle East and its 80 million young and educated population provides the country with investment opportunities in various industries such as petroleum, gas and petrochemical, mining, transportation, urban development, industrial and agricultural production and information technology.”

Developments in financial markets and coordination between them can create valuable opportunities for regional and international investors to gain added value and considerable economic profits, said Seif and added “we hope enhancing financial interactions with members of OIC can provide the groundwork to further utilize the aforementioned capacities.”

After signing the nuclear deal and implementing JCPOA, Iran has taken effective measures to increase international economic relations which has resulted in correspondent banking with many European banks and signing financial contracts with different countries, stated Seif.

He emphasized on the influential role of members of OIC in the face of the instabilities in international financial markets. The member countries can overcome these challenges by enhancing multilateral financial relations which is a decent strategy to achieve sustainable financing.