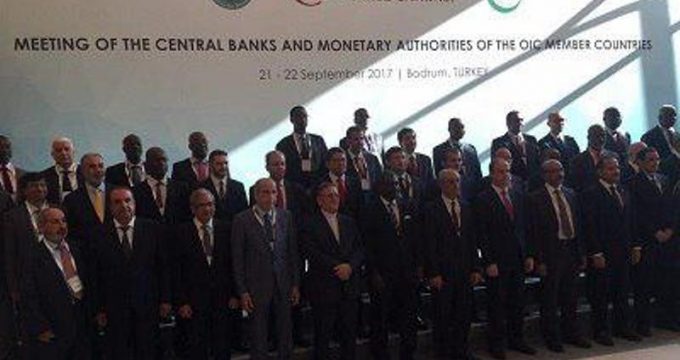 Better performance of Islamic banks in the face of recent global crisis attracted the attention to the Islamic banking mechanisms, Valiollah Seif said at the Meeting of the Central Banks and monetary Authorities of the Organization of Islamic Cooperation (OIC) Members in the Turkish city of Bodrum.

Although financial development plays a significant role in boosting countries’ finance and increasing their economic growth, the experience of global financial crises in the last two decades well proved that the mere attention to financial systems’ development and ignoring the risks can lead to instability in financial systems, spread of the crisis from the financial sector to real sectors, and thus impose financial, social and political costs, the Iranian official said.

Given the threats and unstable financial currents in the international financial markets, particularly in the developed economies, enhancing financial multi lateral and regional ties can serve as a suitable strategy for sustainable financing and gaining high economic growth on national and regional levels, according to him.

In such a condition, the member countries of the OIC, as the second big international organization after the United Nations, can play a significant role in establishing strong, sustainable financial ties, he added.

The Meeting of the Central Banks and monetary Authorities of the OIC Member Countries, September 21-22, was hosted by Turkey’s central bank and was attended by monetary officials of the member countries of the OIC.