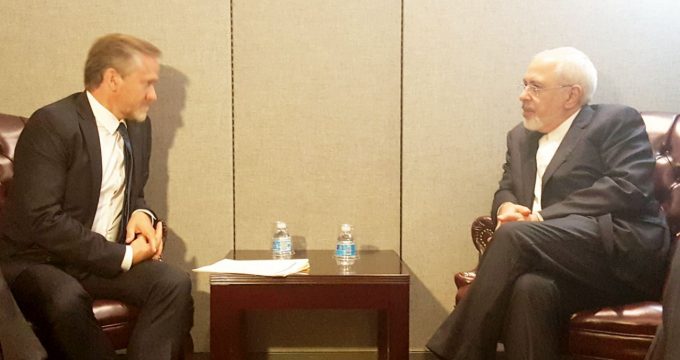 Speaking to IRNA at the end of his meeting with Zarif, the Danish foreign minister said that the two discussed issues of mutual interest as well as disputed points.

The meeting was held on Thursday on the sidelines of the 72nd meeting of the United Nations General Assembly in New York.