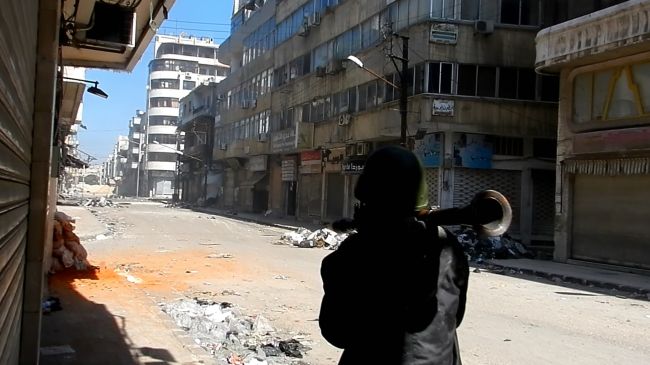 Press TV – Russia says the Syrian military has liberated more than 85 percent of the strategic eastern city of Dayr al-Zawr from Daesh terrorists.

The Russian Defense Ministry speculated Thursday that the city would be completely liberated in a week’s time amid the Syrian army’s ongoing gains against the terrorists holed up there.

The Syrian army also freed two suburbs on the outskirts of Dayr al-Zawr and 16 square kilometers of the city from the control of Takfiri Daesh terrorists, said the Russian Defense Ministry’s spokesman Major General Igor Konashenkov.

The Russian ministry also said the so-called Syrian Democratic Forces (SDF), a US-backed alliance of Kurdish and Arab militants, has attacked Syrian military positions in the western-central province of Hama, a move in stark contradiction with the terms of the agreement on de-escalation zones in Syria.

The deal has been reached during the Syria peace process underway between the Syrian warring sides in Astana, Kazakhstan, with the mediation of Iran, Russia and Turkey.

The Syrian army’s liberation operation in Dayr al-Zawr is facing strong resistance and massive fire from areas where militant groups and US-backed forces are stationed, the Russian Defense Ministry said earlier this week.

Daesh overran large parts of Dayr al-Zawr province, including its oil fields, in mid-2014 as it seized swathes of land in Syria and neighboring Iraq.

By early 2015, the Takfiri terrorists were in control of some parts of Dayr al-Zawr and besieged the remaining parts, which were under government control.

The blockade was lifted in early September by Syrian government forces, which brought relief to tens of thousands of people trapped in the city. It is estimated that 100,000 people remain in the government-held parts of the city.

However, the partial liberation of Dayr al-Zawr also intensified the race between legitimate Syrian government forces and the US-backed SDF umbrella groups for control of the oil-rich Dayr al-Zawr province.

Following Damascus’ strategic victory, and while its forces continue to clean up pockets of Daesh activity in the west of the city, the US-backed SDF announced a separate offensive east of Dayr al-Zawr.

SDF forces raced to Dayr al-Zawr, which lies only 140 kilometers southeast of Raqqah, where the US-led coalition is conducting its main offensive against Daesh.