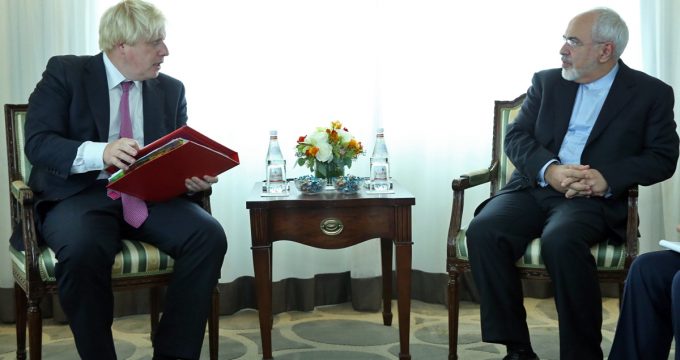 Iran’s Foreign Minister Mohammad Javad Zarif who is in New York together with President Hassan Rouhani for the 72nd United Nations General Assembly, held talks with British Secretary of State for Foreign Affairs Boris Johnson on Monday, during which the two sides underlined the expansion of bilateral ties and discussed various aspects of bilateral relations, including banking and consular issues.

Johnson voiced London’s strenuous support to the nuclear deal between Tehran and world powers, stressing that the agreement must be preserved and implemented.

Regional issues, including those of Iraq, Syria, Yemen, Bahrain and Afghanistan, were the other topics on which the two foreign ministers focused.

The two top diplomats also emphasized that the violence should be stopped in these areas and talks must be held to end the tensions and disagreements. 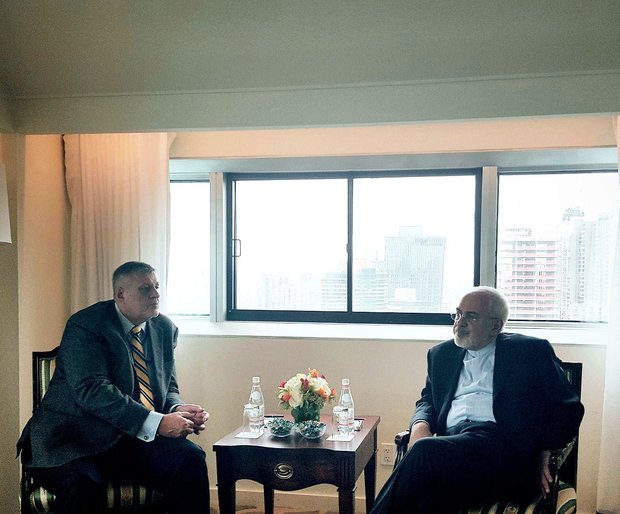 Also on Monday, Zarif met with the United Nations special envoy for Iraq, Yan Kubish, and conferred on the latest situation in Iraq, particularly the issue of the independence referendum in Iraqi Kurdistan region.

FM Zarif expressed Iran’s opposition to the holding of the independence referendum and underlined the necessity of respecting national sovereignty, observing the Constitution and preserving the territorial integrity of Iraq.

He also pointed out that the Baghdad-Erbil dialogue is the only solution to the disputes.

In another meeting with his Swedish counterpart Didier Burkhalter on the same day, Zarif discussed bilateral ties and other issues of mutual interest.