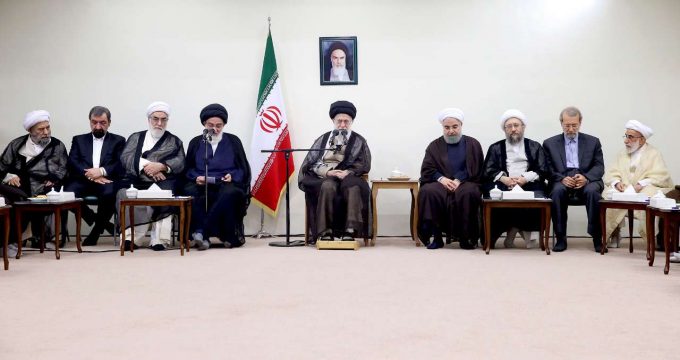 IRNA – Supreme Leader of the Islamic Revolution Ayatollah Seyyed Ali Khamenei said on Wednesday that the expediency council should remain committed to the principles of the Islamic revolution and fully pursue its goals.

The Supreme Leader made the remarks in a meeting with the new members of the Expediency Council in Tehran on Wednesday.

The body is the heritage of late Imam Khomeini, said the Supreme Leader, adding that the expediency council should mind consultations on determining general policies and find ways for the country’s problems.

The body should forecast long-term perspectives and avoid ordinary affairs through collaboration with Ulema at the Guardian Council, the Supreme Leader said.

Some general policies might require revision and being updated which will be among the duties of the expediency council, Ayatollah Khamenei said.

The three branches of the governments should walk in line with the general policies of the Islamic Republic of Iran, underlined the supreme leader.