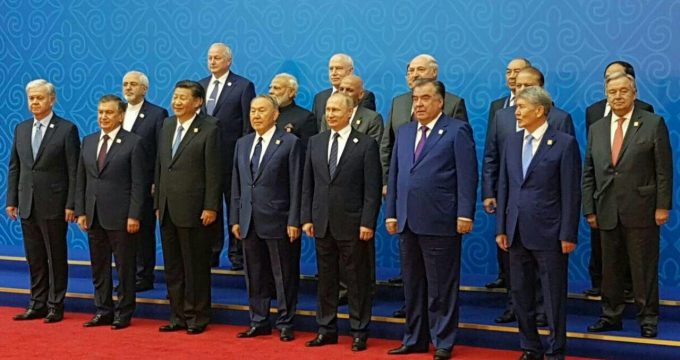 IRNA  | Shuaib Bahman: A senior Iranian researchers commented on the latest summit of the G20 member states in Geermany saying that although the issue of energy was not directly on the agenda, it was highlighted during the event and laid bare US-Europe differences of view.

The full text of Bahman’s article appeared in the latest issue of the Iran Petroleum monthly follows:

The G20 group of countries holds 85% of world economy. The group includes eight industrialized countries (eight big economics) and 11 emerging economies. Argentina, Australia, Brazil, China, Germany, France, Britain, India, Indonesia, Italy, Canada, Japan, South Korea, Mexico, Russia, Saudi Arabia, South Africa, Turkey, the United States and some European Union member states are among the G20 members. They are both energy consumers and producers. That is why the issue of energy has always been a focal point in discussions among them.

The recent G20 summit in Hamburg, Germany, held on 7–8 July 2017, focused on such issues as trade, defense spending, refugees, combating terrorism and above all the obligation of industrialized countries to respect the Paris climate accord.

The summit ended its work while members were divided more than any time ever. This divergence mainly stemmed from the United States’ policies on a variety of issues ranging from climate changes to relations with Russia and European countries. Nonetheless, the issue of energy enjoyed a special place in the talks, particularly in the days leading to the conclusion of the summit.

The latest round of US sanctions, adopted in the Senate on June 15, against Iran, Russia and North Korea affected the G20 summit. European governments believe that these sanctions would leave impacts on them in addition to restricting their transactions with Iran and Russia.

Many European officials including Germany’s foreign minister and Austria’s chancellor accused the US government of seeking to create jobs in the oil and gas sector for the Americans and putting European companies under pressure by imposing the sanctions.

For the Europeans, the US is using the sanctions as an instrument to drive European companies off competitions. The German foreign minister, Sigmar Gabriel, and the Austrian chancellor, Christian Kern, maintain that the sanctions bill mainly sought to replace the Russian natural gas with US liquefied gas in the European market. In their view, these sanctions pose a serious challenge to Nord-Stream II pipeline which would carry natural gas from Russia to EU member states, particularly north Europe. The significant point for the Europeans is that the US sanctions bill envisages penalties for European companies involved in the construction of the pipeline.

The US government has announced that it intends to facilitate export of liquefied natural gas (LNG) from the United States to central and Eastern Europe in a bid to reduce the European countries’ dependence on Russia; however, the fact is that Washington mainly plans to increase its own revenues and create jobs.

Although the EU has sought to diversify its gas supply resources, it has not welcomed the US offer. However, the US proposal was welcomed in Poland, Hungary, Lithuania, Latvia and Estonia because they heavily depend on Russia’s energy and they are afraid of the repetition of history of Moscow’s dominance on their territories.

The Liquid Natural Gas (LNG) proposal is also facing challenges in the US. For instance, Republican lawmakers have demanded that President Trump pursue a tougher approach vis-à-vis Russia and take advantage of gas exports as a political tool against Russia. The fact is that US LNG exports would threaten Washington-Moscow ties in one way or other. This issue is not favorable to Trump who seeks to improve relations with Russia.

Furthermore, another issue that has challenged US-Europe energy ties was the signature of a landmark deal between Iran’s state-run oil company NIOC and a consortium led by France’s energy giant Total. The consortium, which also includes China’s CNPC and Iran’s Petropars, agreed to develop Phase 11 of the giant South Pars gas field. The deal was signed at a time the US was planning to enact new sanctions barring European companies from cooperating with Iran. That is why Mike Pompeo, the director of the Central Intelligence Agency (CIA), said the signature of Iran’s Total deal posed a diplomatic challenge to US policies.

The G20 countries control more than 80% of energy consumption market, 60% of oil and gas production and more than 90% of coal consumption in the world. Therefore, long-term stability in the energy market, particularly oil market, remains a key issue in the economic development of the G20 countries.

Unlike the previous summits, the G20 summit in Hamburg saw energy become an issue of conflict and divergence. The main reason is that energy is tied to the US’s decision to pull out of the Paris climate accord.

The summit grew into a venue of discrepancy between the US and other countries on the issue of environment. The US insisted on its withdrawal from the Paris accord and announced its policies on the use of energy, which were in total conflict with those of European governments.

The point highlighted in Trump’s policies with regard to the environment and energy, was Washington’s contradictory policy of using fossil fuels. The Paris accord calls on signatories to ditch fossil fuels like coal, oil and gas in the long-term, but Trump said US would be ready to help other countries use fossil fuels by reducing losses. This US decision was in total contrast with the decisions of other countries for safeguarding the environment.

While until recently the G20 summit provided a venue for cooperation and convergence between the US and European countries, the Hamburg summit became more than ever a place for displaying deep-seated differences and the conflict of interests between participants.

A significant point with this summit was the issue of energy which was not directly on the agenda, but was highlighted during the event and laid bare US-Europe differences of view.

As long as Trump administration is in office the differences between leading European countries and the US would continue to escalate on the issue of energy. The EU does not agree with the policy of US selling LNG to European countries. Nor is it willing to join the White House in imposing sanctions on Iran and Russia. For Europe, Iran and Russia are two major sources of energy that could meet the continent’s daily growing demand in the future.