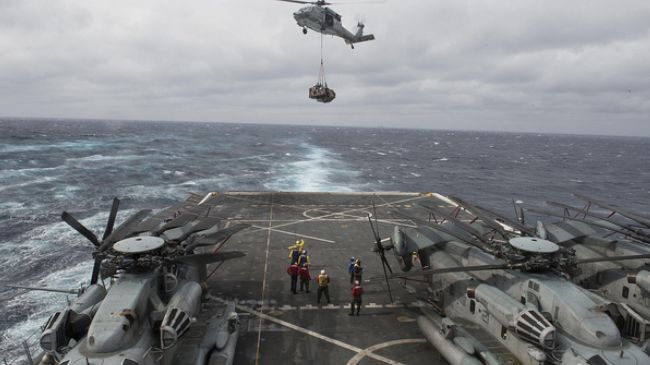 Press TV- An Iranian missile boat has warned off an American warship approaching an Iranian dhow in the Sea of Oman, the Navy of the Islamic Republic of Iran Army said in a statement on Sunday.

“The dhow, Shams (Sun), had set sail from the port city of Jask in southeastern Iran to test its motor. Forty-five miles (72 kilometers) into the sea, the vessel’s motor started to malfunction, prompting the sailors to alert the Iranian Navy,” it said.

The Navy dispatched Falakhan (Sling) missile boat to the vessel’s rescue, which towed the broken-down dhow to the port but before that, the US destroyer was seen approaching the site, it said.

“The American warship left the area with a warning and the announcement of the Falakhan missile boat’s timely presence in the region,” the statement said.

Iran’s naval patrols and US warships have been engaged in a series of face-offs in the Persian Gulf in recent months, where Washington has accused Iranian vessels of “harassing” American warships.

Commander of the IRGC Navy says recent moves by US warships and helicopters in the Persian Gulf are a sign of their fear.

The Islamic Republic has repeatedly warned that any act of transgression into Iran’s territorial waters would be met with an immediate and befitting response.

In July, the Islamic Republic of Iran Guards Corps (IRGC)’s Navy said US naval buildup and invasive maneuvers targeting Iranian interests in the waters had been triggered by “fear.”

“The Persian Gulf belongs to the Islamic Republic and regional Muslim countries and the presence of US forces, as a foreign country in this region, is defensive and out of fear,” said IRGC Navy chief Rear Admiral Ali Fadavi.