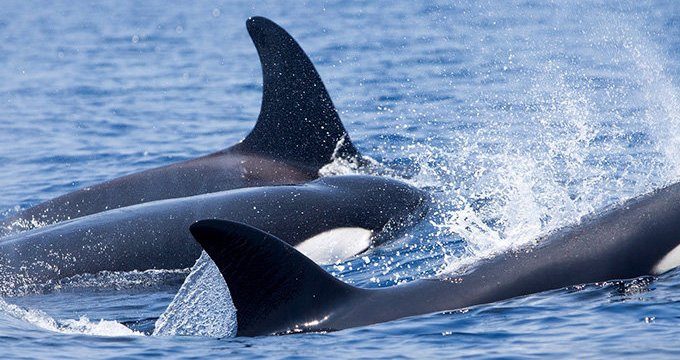 Persian Gulf home to giant Mammals in danger of extinction

IFP – Iran’s southern waters are the habitat of rare species of giant aquatic mammals, some of which are on the verge of extinction mainly due to their mass suicides.

Different types of giant aquatic mammals, including dolphins and whales, inhabit the Persian Gulf in southern Iran. However, some of them are threatened with extinction mainly due to their habit of committing mass suicide and unrestrained hunting.

According to a Farsi report by the Young Journalists Club (YJC), Iranian fishermen have spotted 19 species of Iranian whales and dolphins in the Persian Gulf and Sea of Oman in the south of the country.

They include the humpback whales which inhabit the waters surrounding Qeshm Island and Bushehr Province’s four Islands, Porpoises living in the Mangrove or Hara forests of Qeshm, and common bottlenose dolphins which live in the waters between Qeshm and Hengam islands.

At times, for no particular reason, a group of whales come to the shore, lie on it and die there. Among the instances of mass suicide committed by whales in Iranian shores are that in 2007 by 79 spinner dolphins and 73 striped dolphins and the one by 11 long-beaked common dolphins in 2010 in Jask in Hormozgan province.

In addition, 25, 5, and 17 aquatic mammals in Bushehr, Khuzestan and Hormuzgan provinces, all in southern Iran, have killed themselves since 2010.

Unrestrained hunting is the other factor threatening the lives of whales inhabiting the country’s southern waters. Whales used to be caught for their fat in the past.