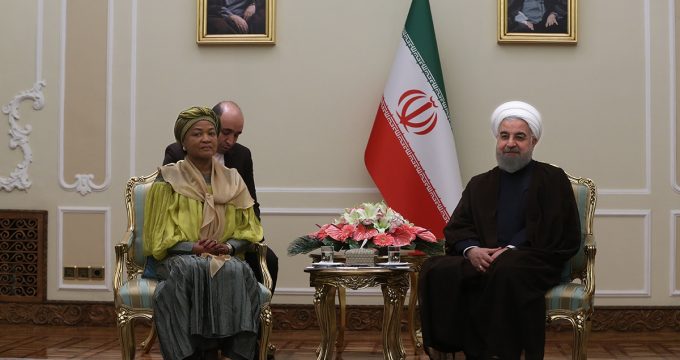 Speaking at a meeting with Speaker of the National Assembly of South Africa Baleka Mbete in Tehran on Saturday, President Rouhani described Tehran-Pretoria relations as “cordial and growing”.

He further pointed to the Iranian nation’s support for the South African anti-apartheid struggle led by Nelson Mandela and hailed the development of the ties between the two countries after the 1979 Islamic Revolution.

“The Islamic Republic of Iran is willing to strengthen relations with African countries, especially South Africa, in all areas,” the Iranian president added.

Mbete, for her part, said Pretoria is firmly resolved to boost relations with Tehran in all spheres, particularly parliamentary ties.

Iranian President Hassan Rouhani, who was re-elected back in May, has repeatedly stressed his government’s interest in boosting relations with the African states.