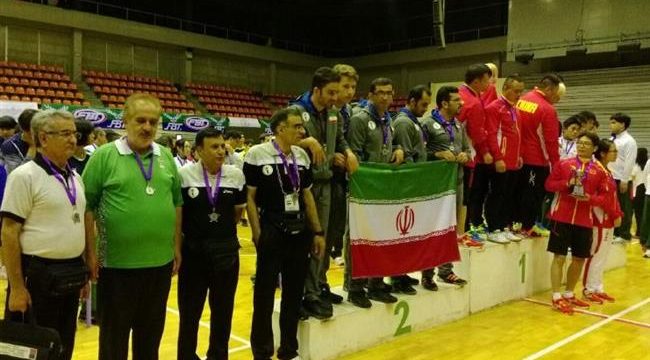 Press TV – The Iranian men’s national goalball team has commendably ended its campaign at the 2017 International Blind Sports Federation (IBSA) Goalball Asia/Pacific Championships in Thailand, and managed to finish in the second place overall at the continental event.

On Saturday, the Iranian team fell to a 10-2 defeat against China at Thai-Japan Bangkok Youth Center in the Thai capital city of Bangkok. Javad Shirdel squeezed in a brace for Iran.

The 2017 IBSA Goalball Asia/Pacific Championships started in Bangkok, Thailand, on August 19, and finished on August 27.

Goalball is a team sport designed specifically for male and female athletes with a visual impairment. Participants compete in teams of three, and try to throw a ball that has bells embedded in it into the opponents’ goal.

Teams alternate throwing or rolling the ball from one end of the playing area to the other, and players remain in the area of their own goal in both defense and attack. Players must use the sound of the bell to judge the position and movement of the ball. Games consist of two 12-minute halves.