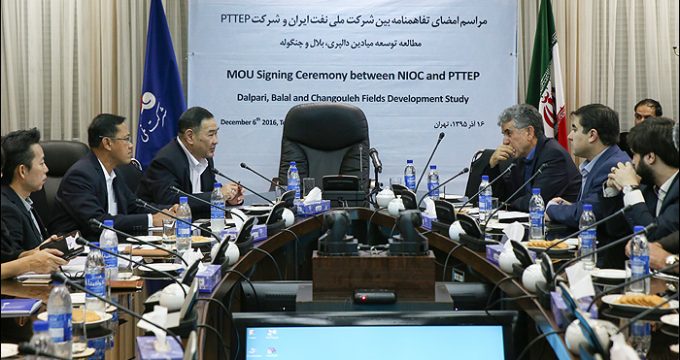 SHANA– Thailand’s PTT Exploration and Production Public Company Limited (PTTEP) has handed over the result of its studies on a number of Iranian oil and gas fields to the National Iranian Oil Company (NIOC).

The studies included development projects of Changouleh, Balal and Dalamperi oilfields in Iran.

NIOC will weigh studies of the Thai company to decide whether to award the projects to it.

NIOC has signed memoranda of understanding (MoUs) with several other oil majors to study the same fields.

Earlier this month, Norway’s DNO offered the same studies to NIOC on Changouleh oilfield which sits on Iran’s border with Iraq in the western province of Ilam.