A Look at Iranian Newspaper Front Pages on August 23

Iran Front Page- IFP has taken a look at the front pages of Iranian newspapers on Wednesday, August 23, and picked headlines from 14 of them. IFP has simply translated the headlines and does not vouch for their accuracy.

The top story today was the remarks made by Iran’s nuclear chief Ali Akbar Salehi who threatened that if other parties to the nuclear deal violate it, Tehran would resume its %20 uranium enrichment in five days.

The Iraqi forces’ ongoing operation to retake the city of Tal Afar from ISIS terrorists was also among the top stories in today’s newspapers.

3- MP: Young Supporters of Rouhani Expect Him to Give Them Job 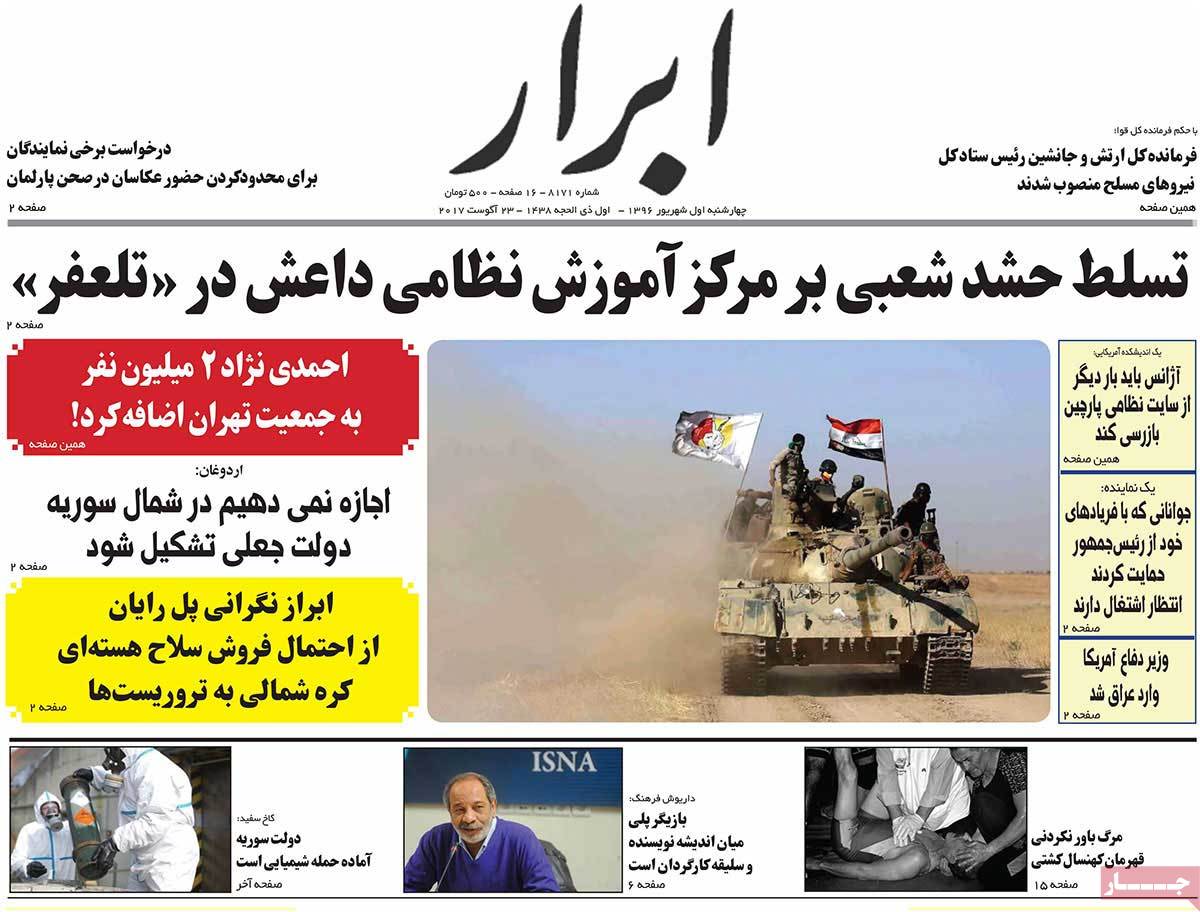 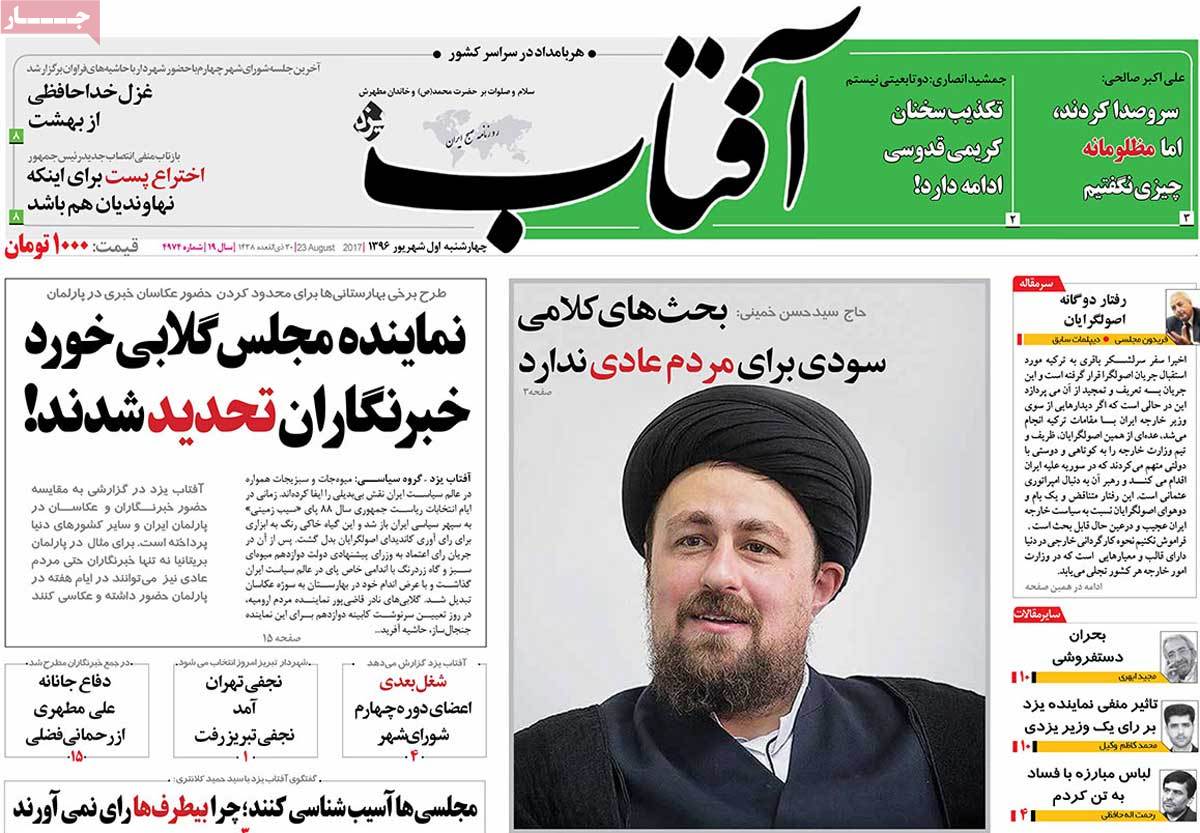 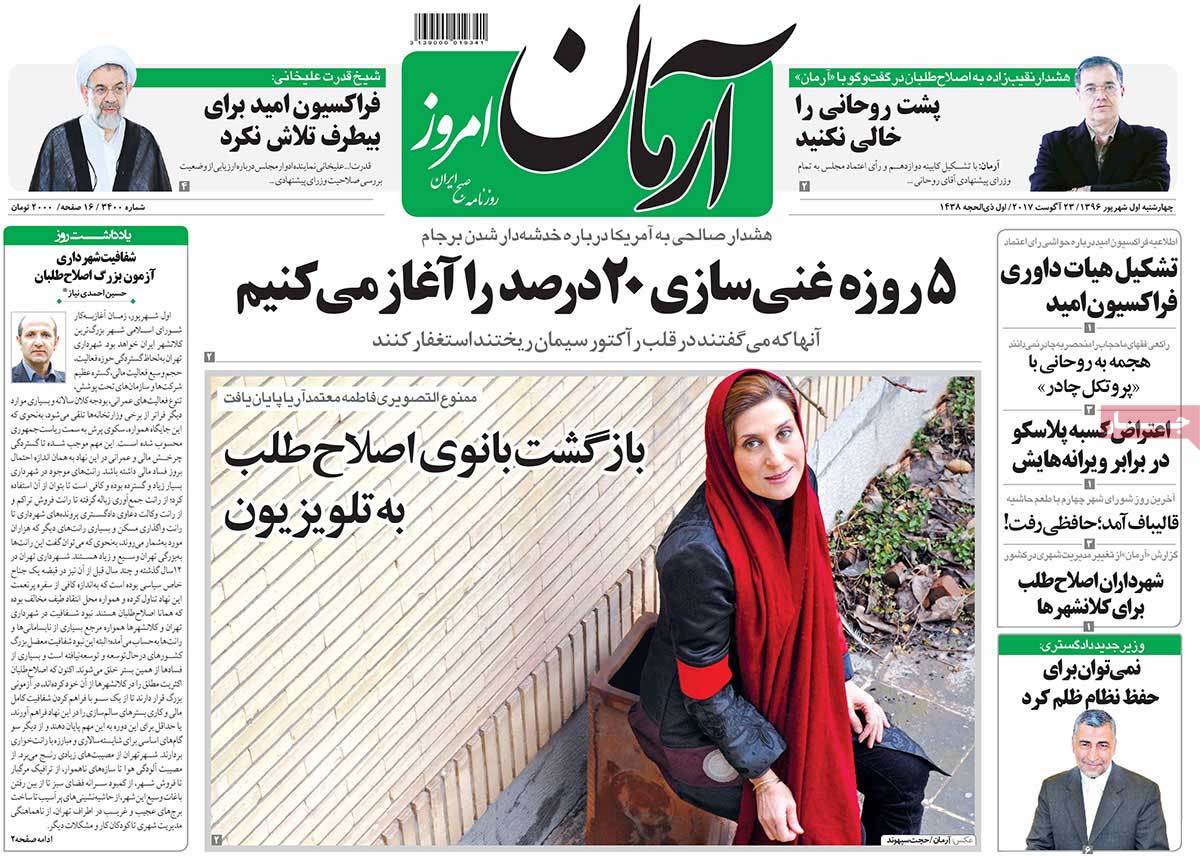 1- Nuclear Chief: Iran to Surprise Other Party If JCPOA Spoiled 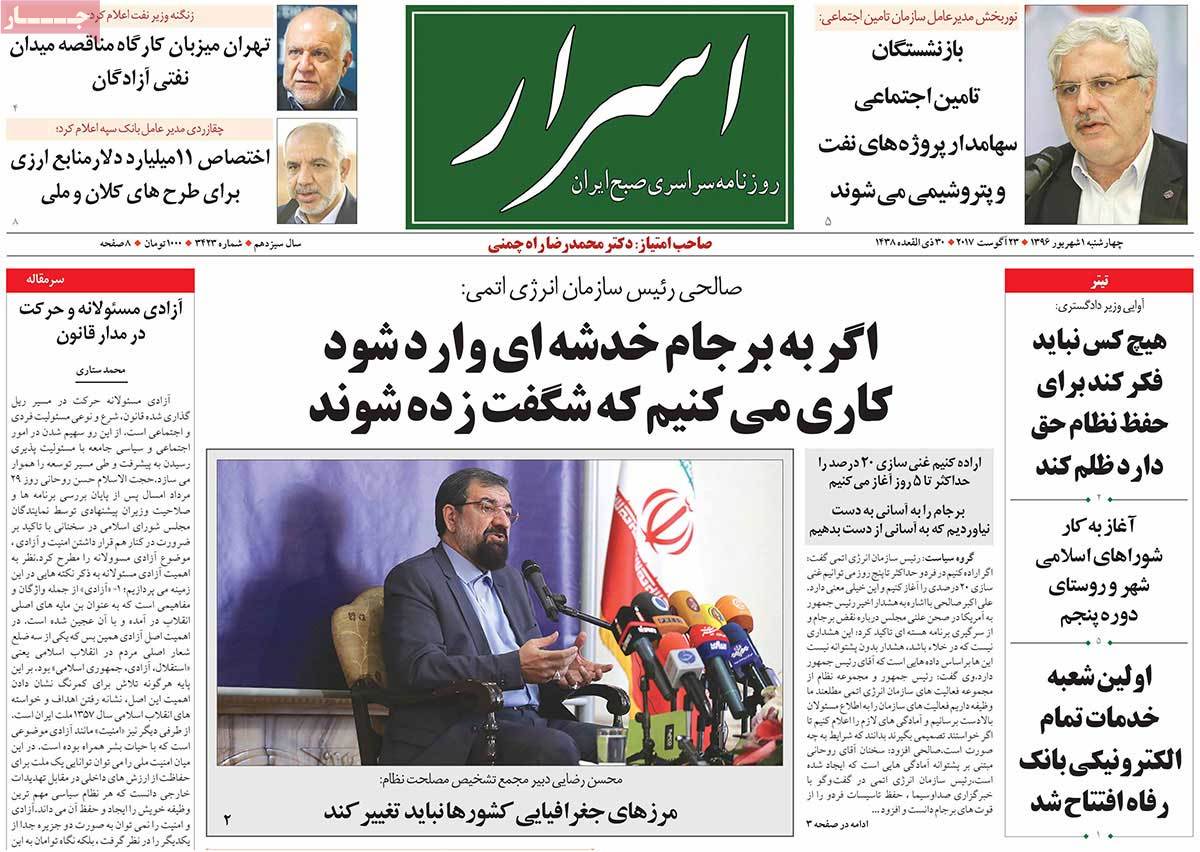 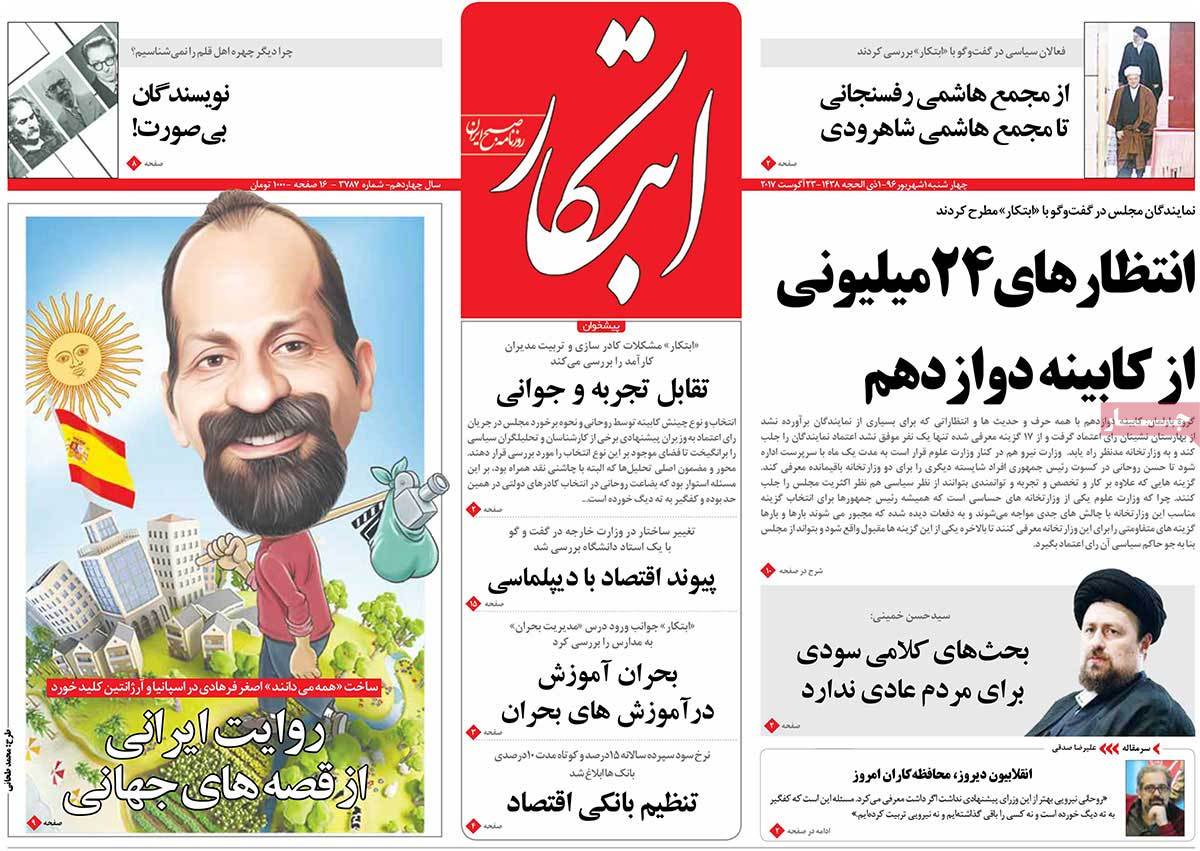 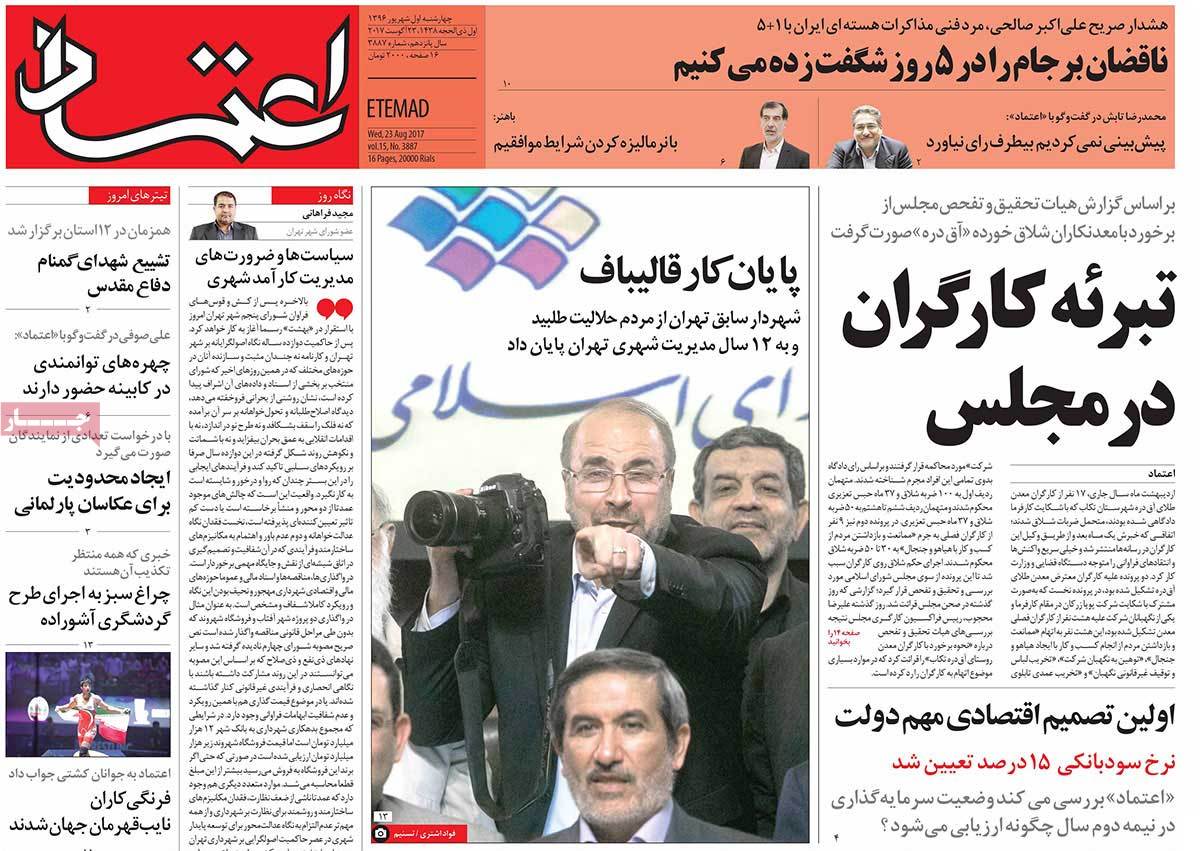 2- Ebtekar: Charter to Be Developed on Women’s Civil Rights

4- Trump: Time Is Over for Use of Military Forces to Create Democracy 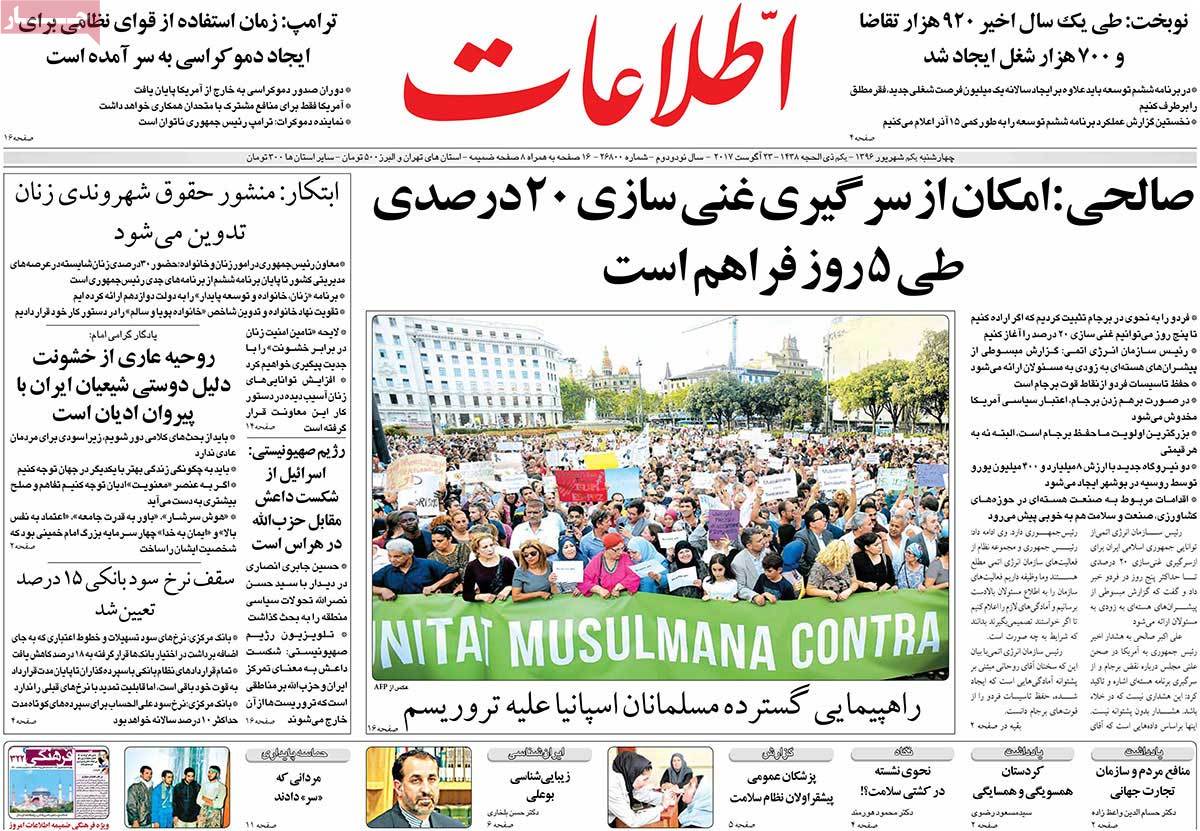 1- Religious Consultation for World without Violence 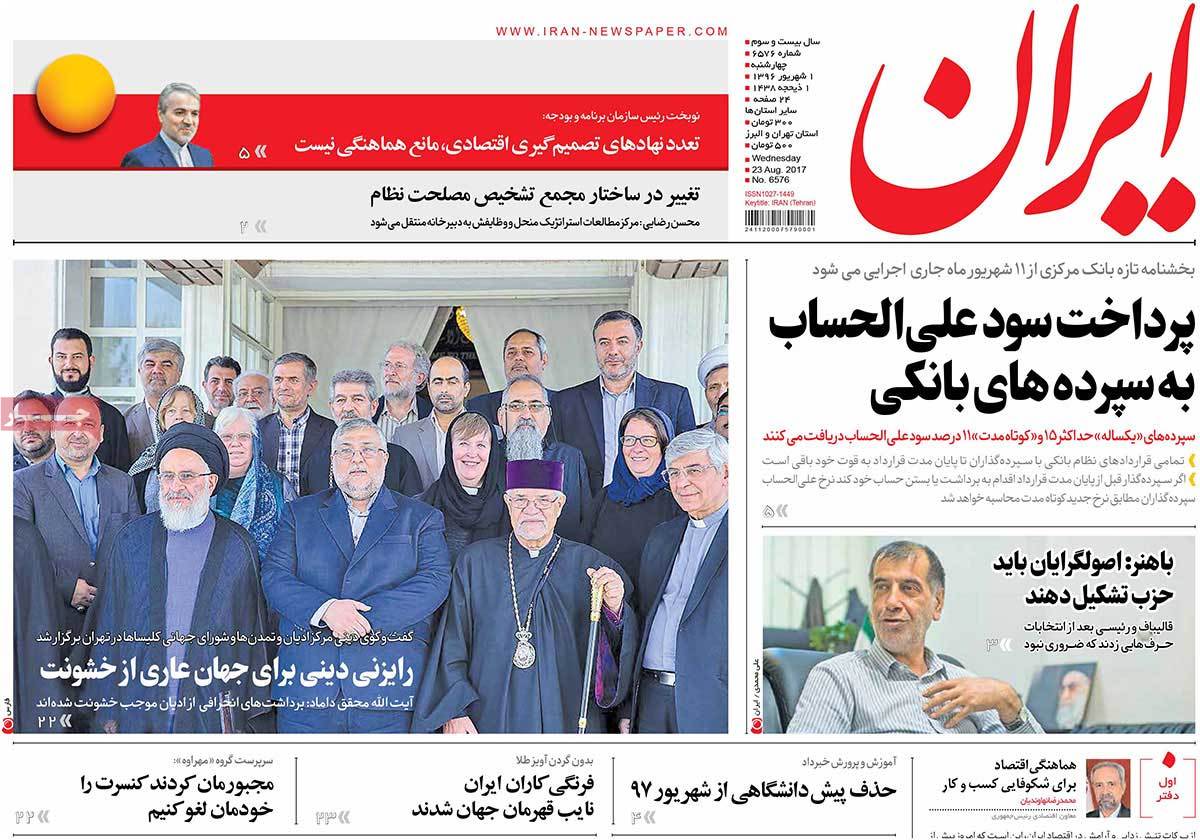 2- Trump: I’ve Decided to Keep US Troops in Afghanistan 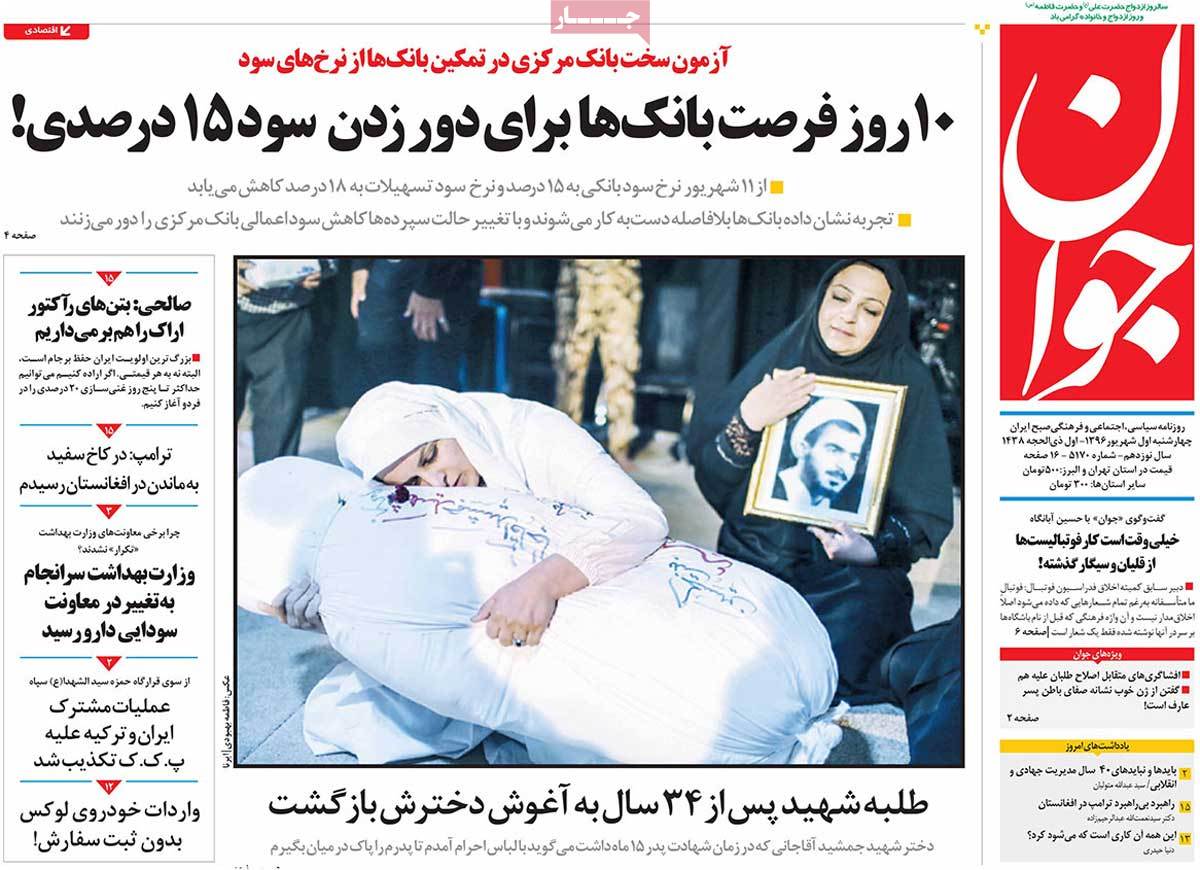 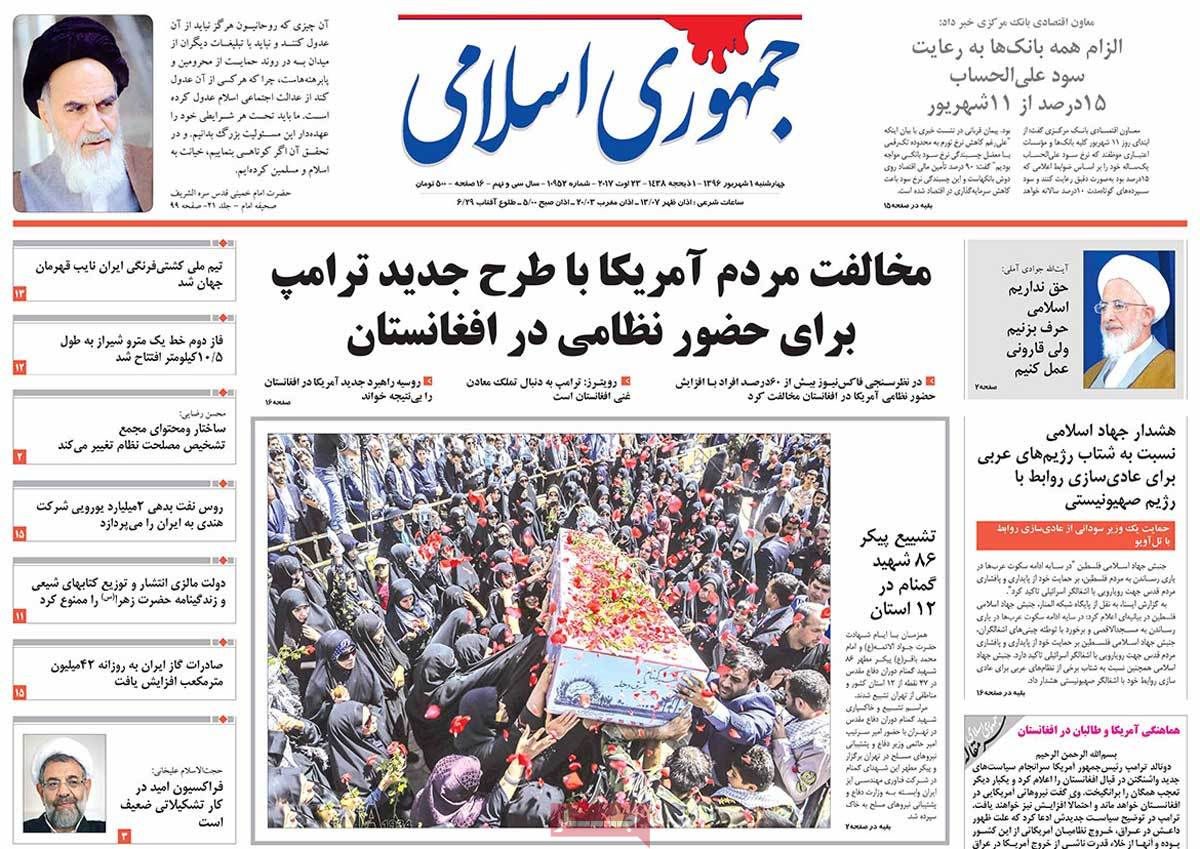 1- Government’s Efficiency Hinges on Staying Away from Corruption, Aliens, Those Linked with 2009 Sedition 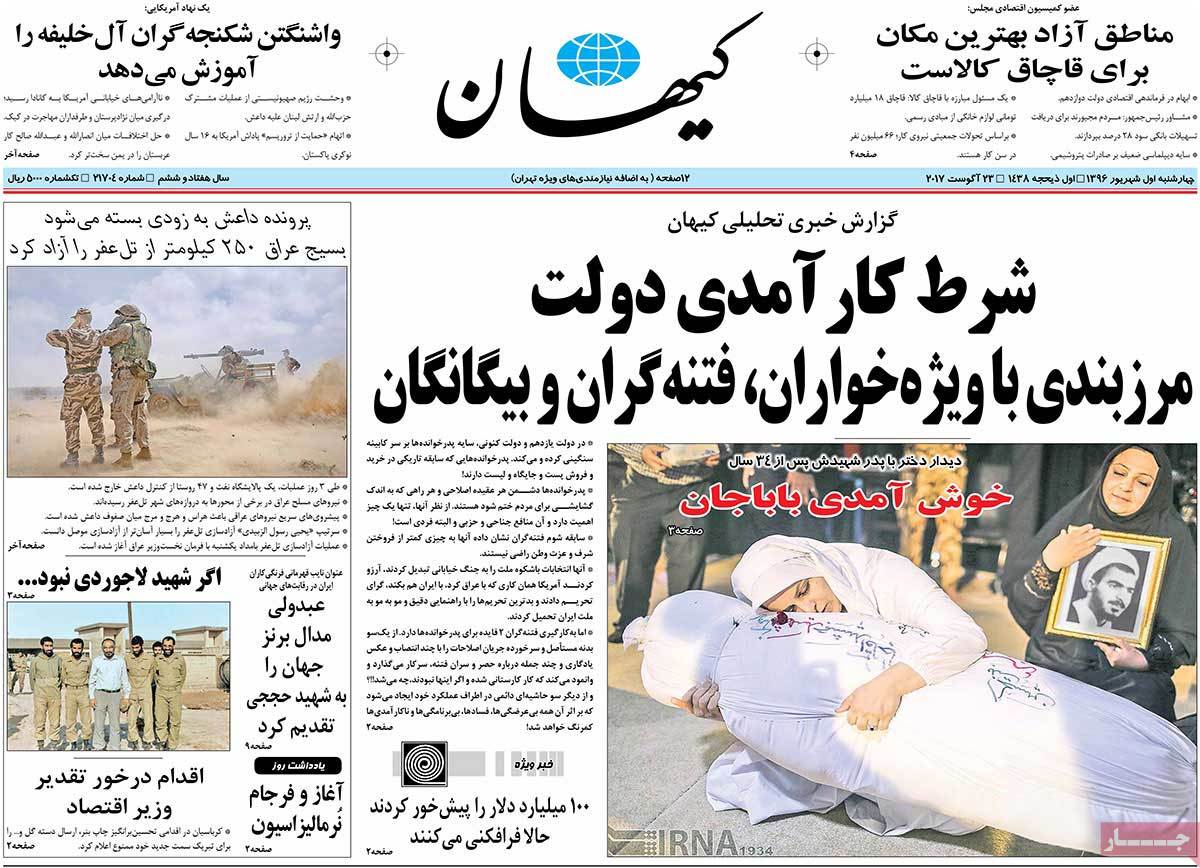 2- Trump: US Ready to Negotiate with Taliban; We’re Tire of War without Victory 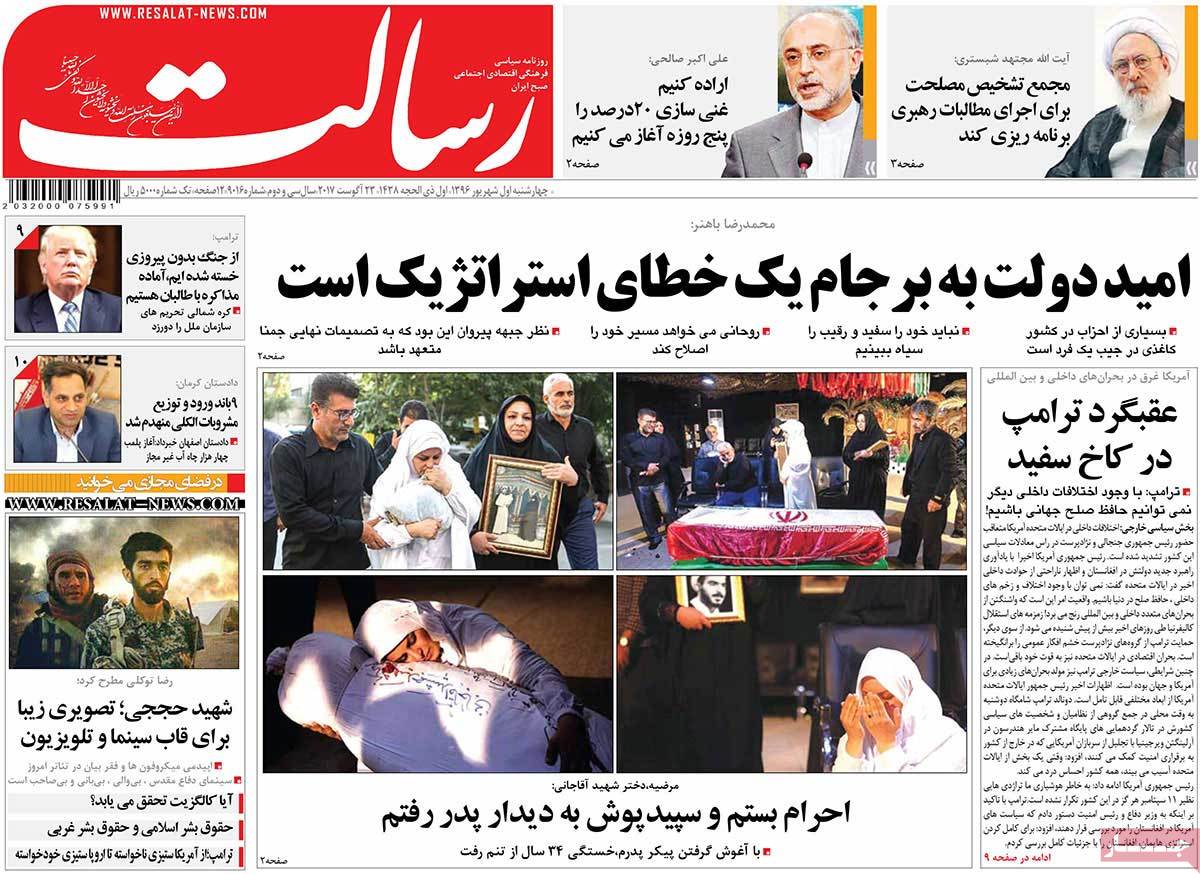 1- Ebtekar: I Promise to Modify Laws that Discriminate against Women 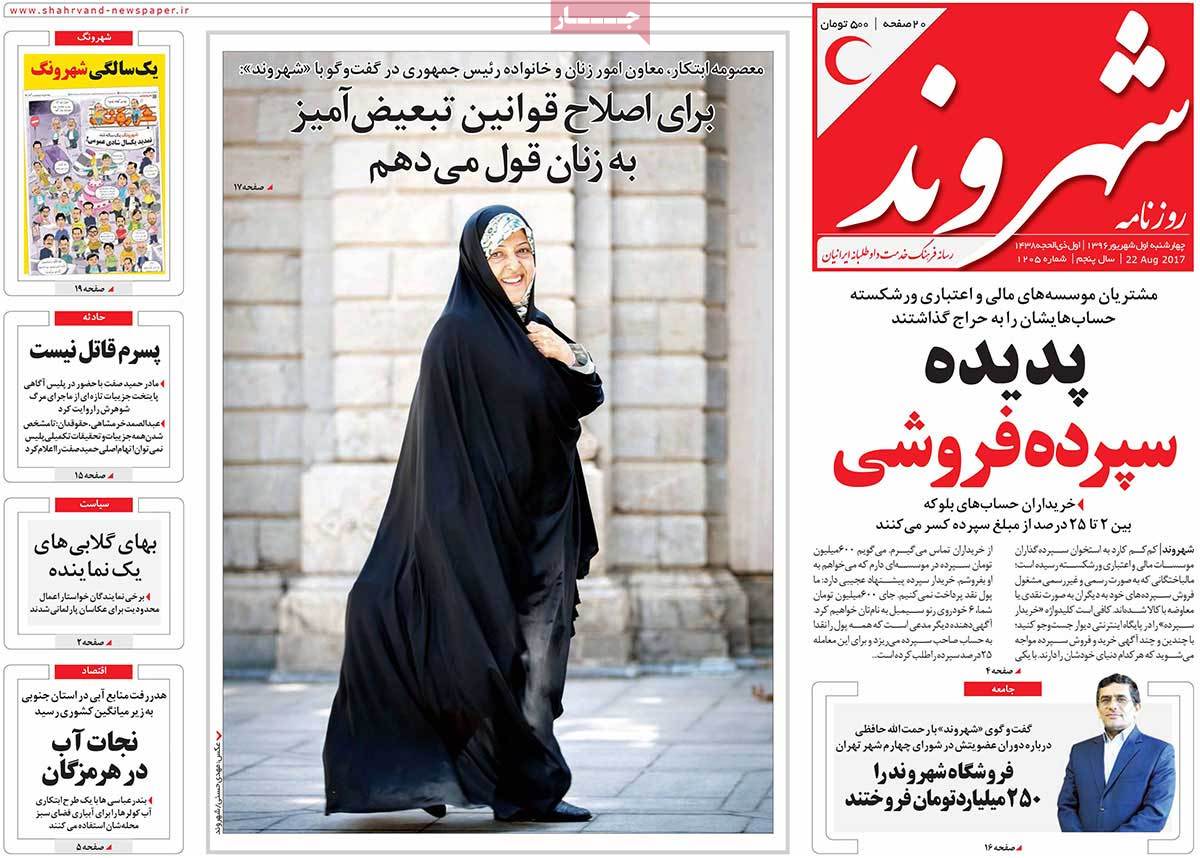 1- Justice Minister: No One Allowed to Oppress Others to Save Establishment 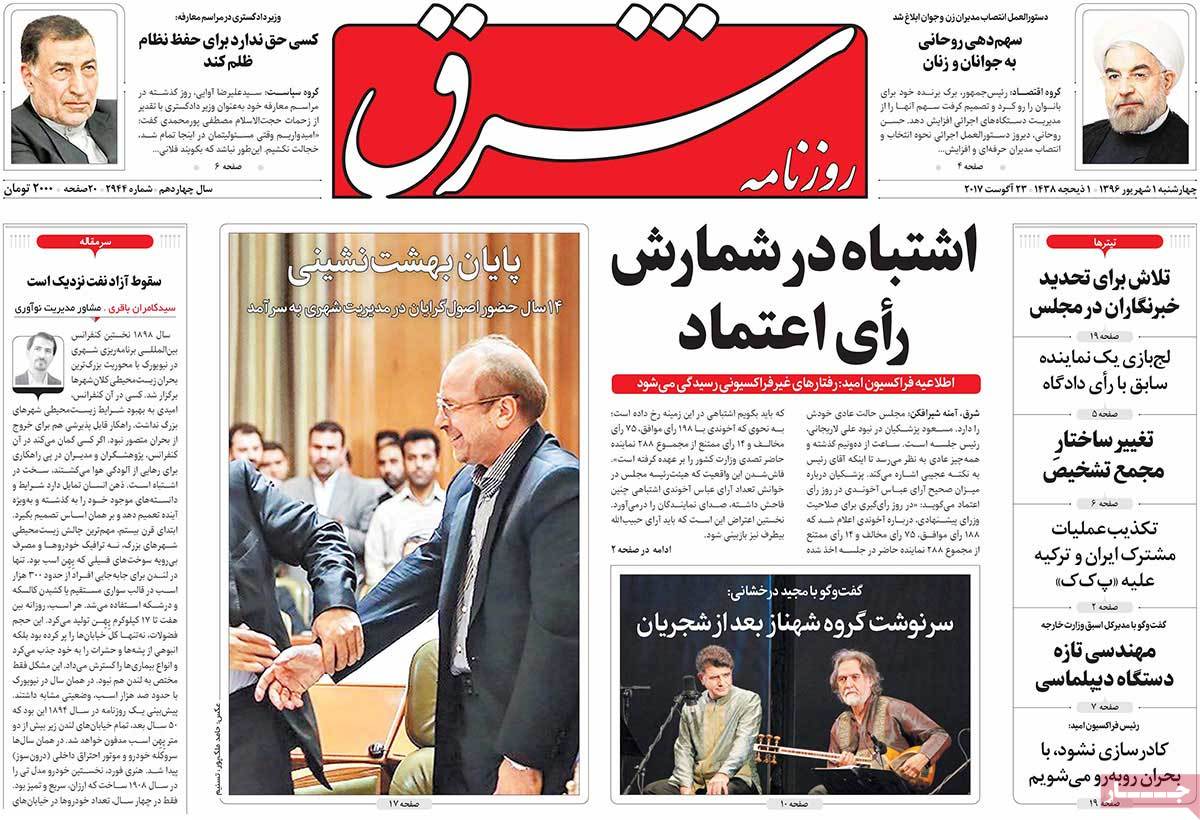