A Look at Iranian Newspaper Front Pages on August 22

Iran Front Page- IFP has taken a look at the front pages of Iranian newspapers on Tuesday, August 22, and picked headlines from 17 of them. IFP has simply translated the headlines and does not vouch for their accuracy.

Newspapers today continued to review the vote of confidence Rouhani’s ministers received from the Parliament. Reformist papers particularly analysed the behaviour of leftist lawmakers during the recent months.

The Iraqi army’s offensive to retake the city of Tal Afar from ISIS terrorists and the Russian airstrikes on ISIS positions in Syria were also highlighted in today’s papers.

Another top story was Turkish President Recep Tayyip Erdogan’s comments about the possibility of a joint operation by Iran and Turkey against Kurdish militants, particularly PKK in Turkey and PJAK in Iran.

1- Aftershocks of Parliament’s Vote of Confidence 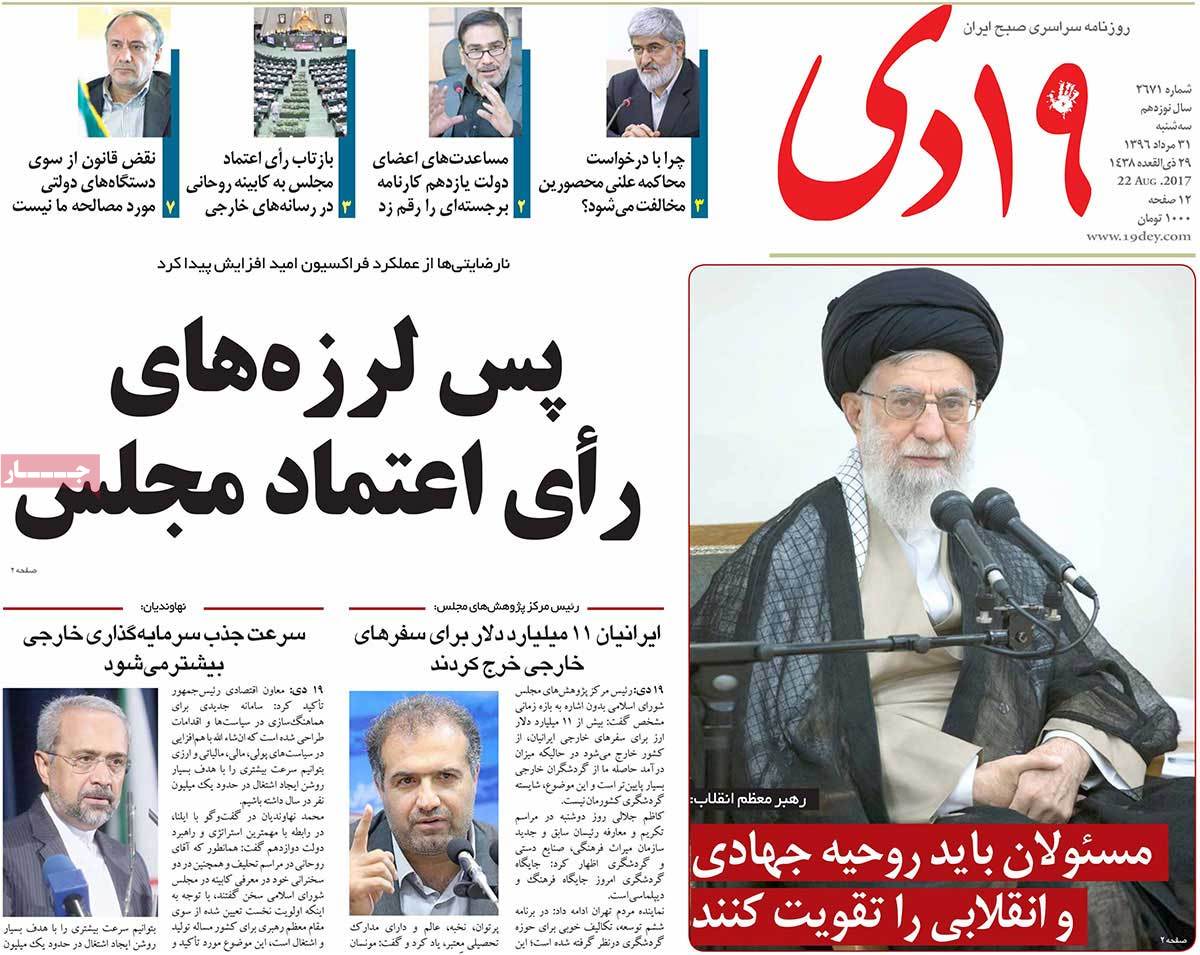 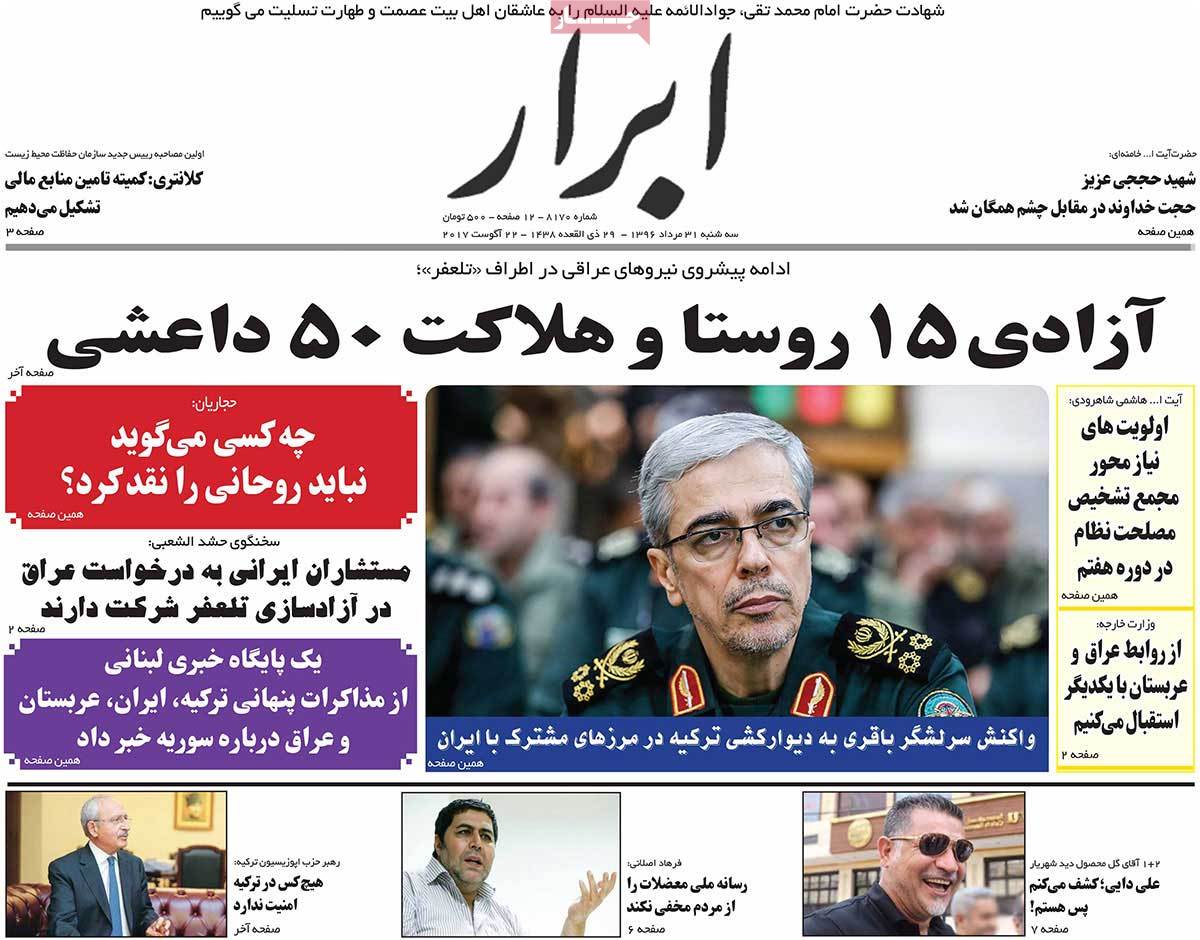 2- No Other Politician Left for Rouhani to Put in His Cabinet: Reformist Figure 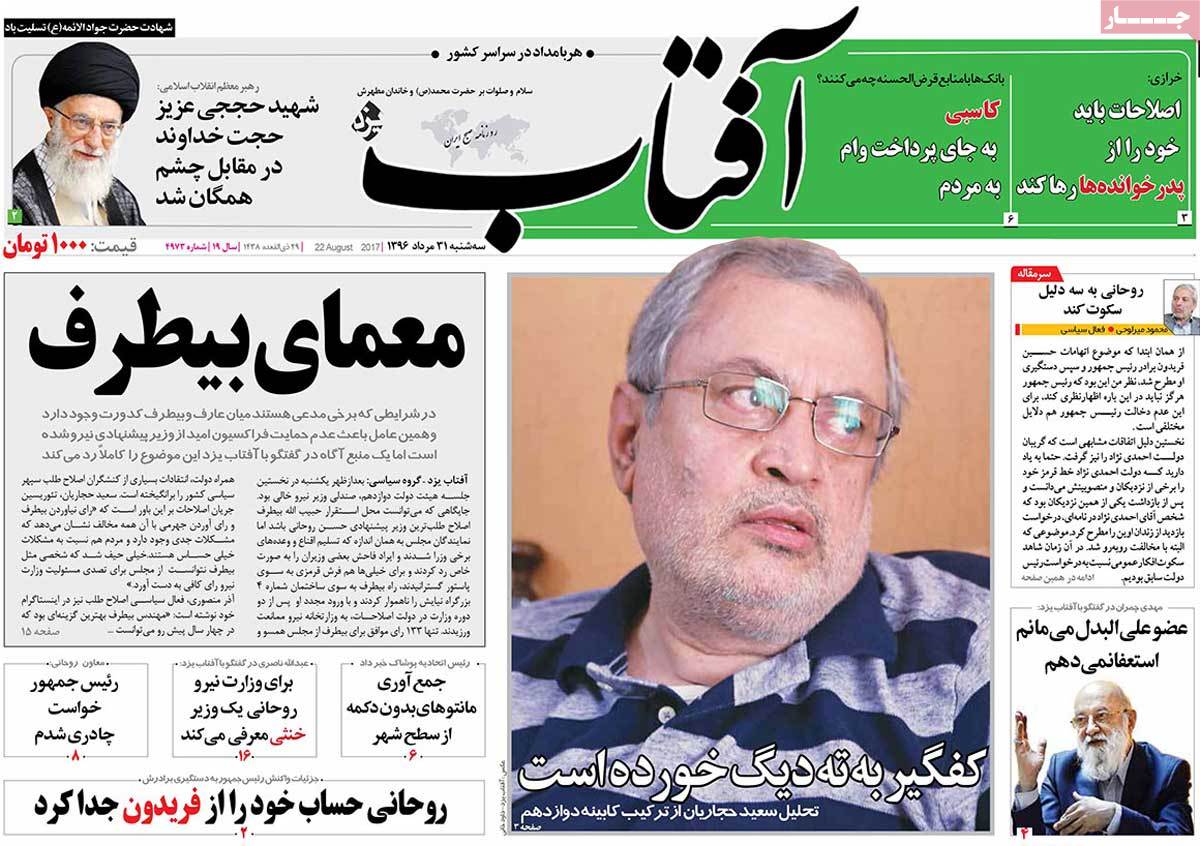 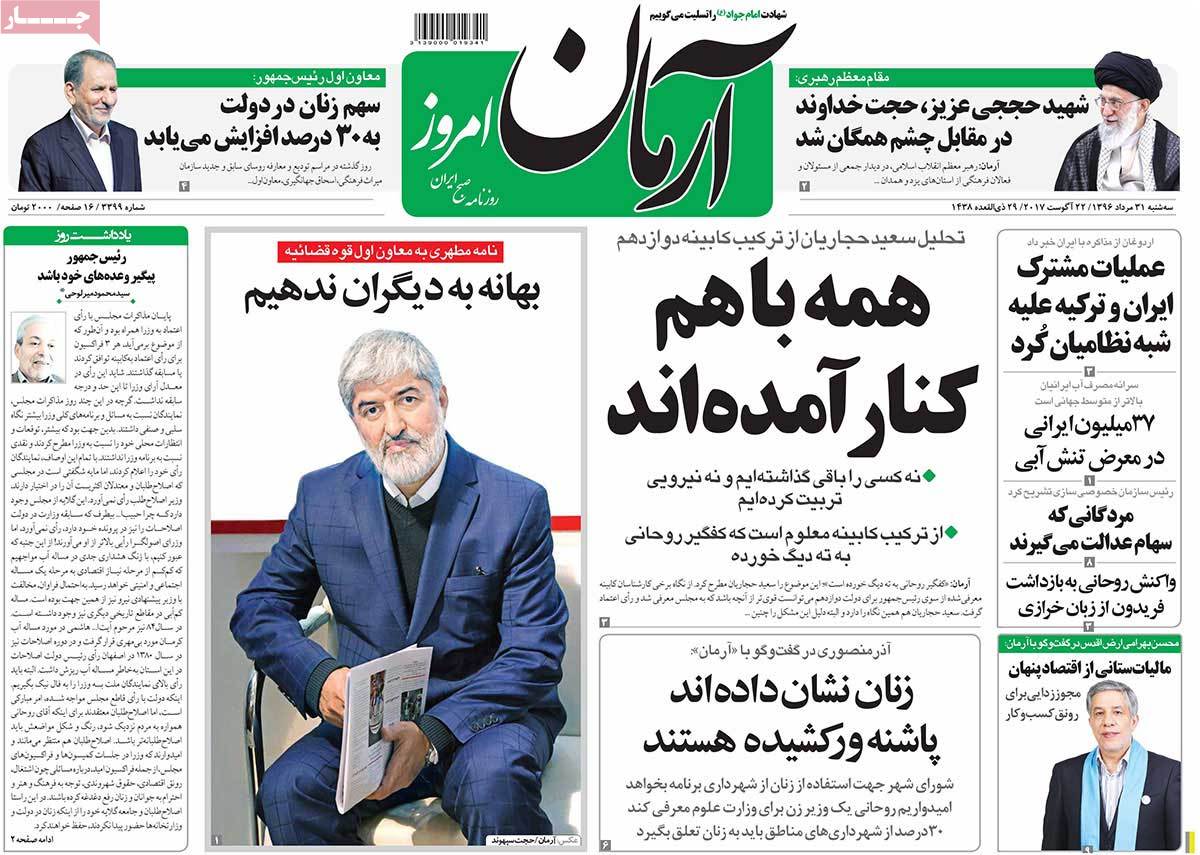 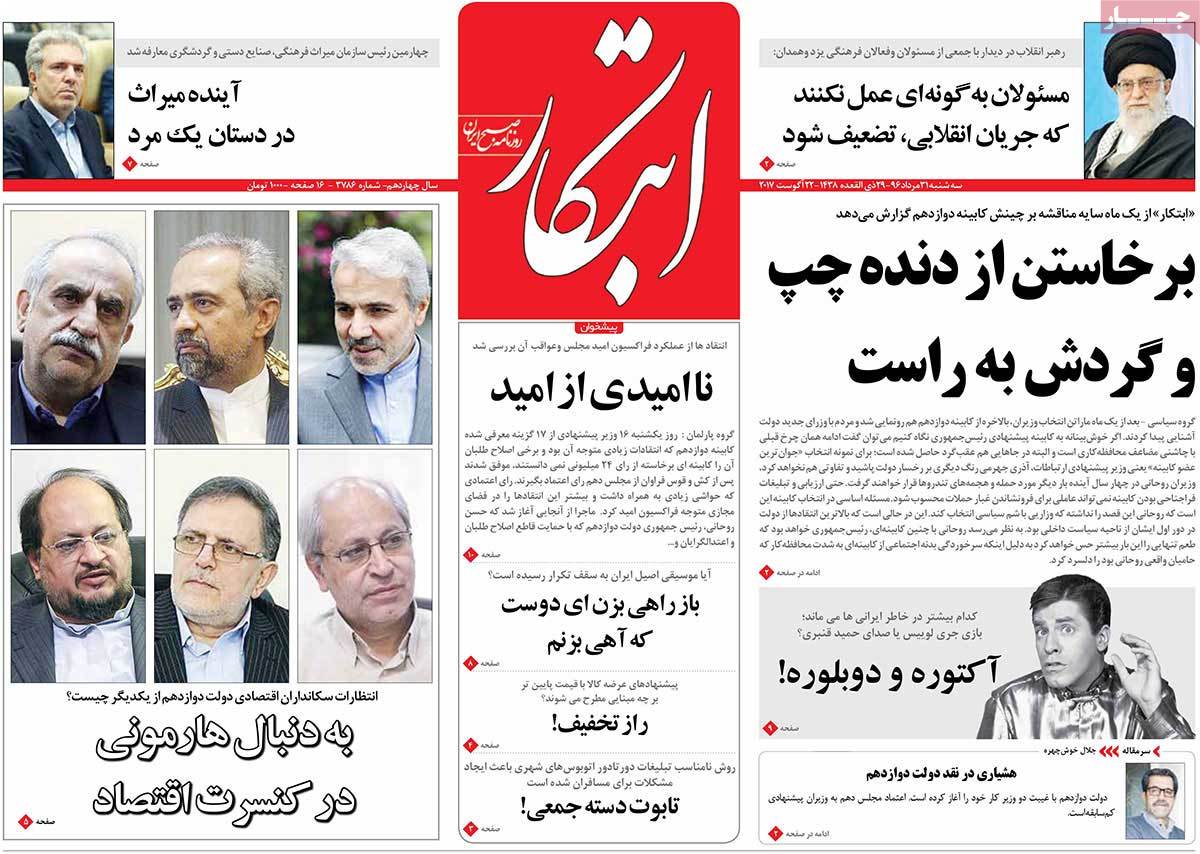 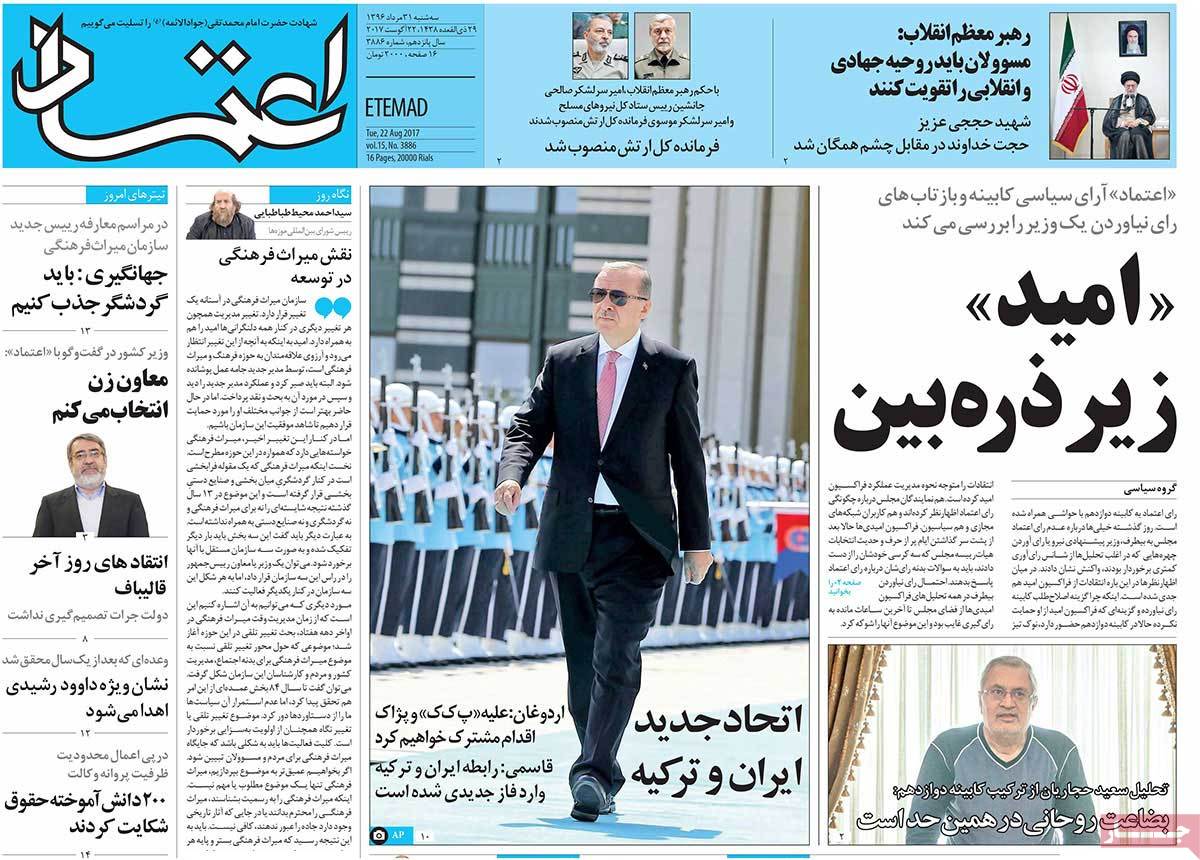 1- Judiciary Chief: West Has No Resolve to Eradicate Terror 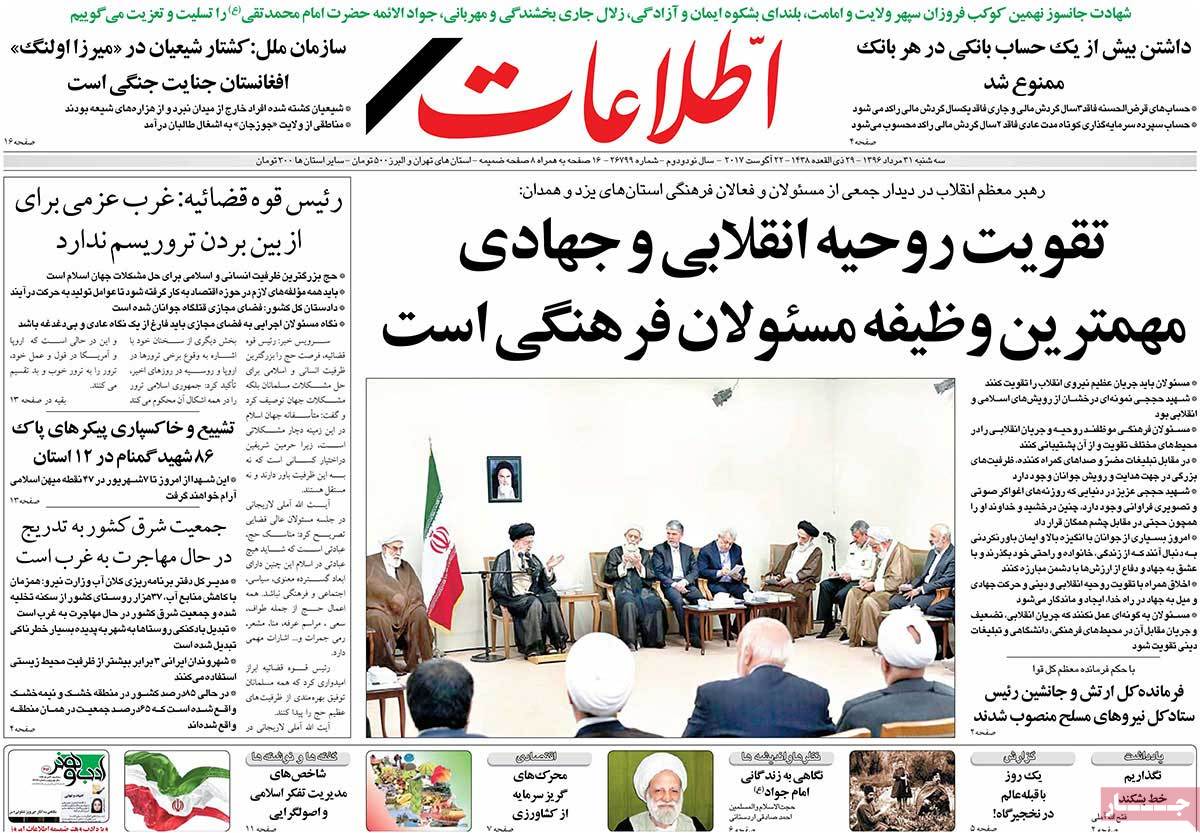 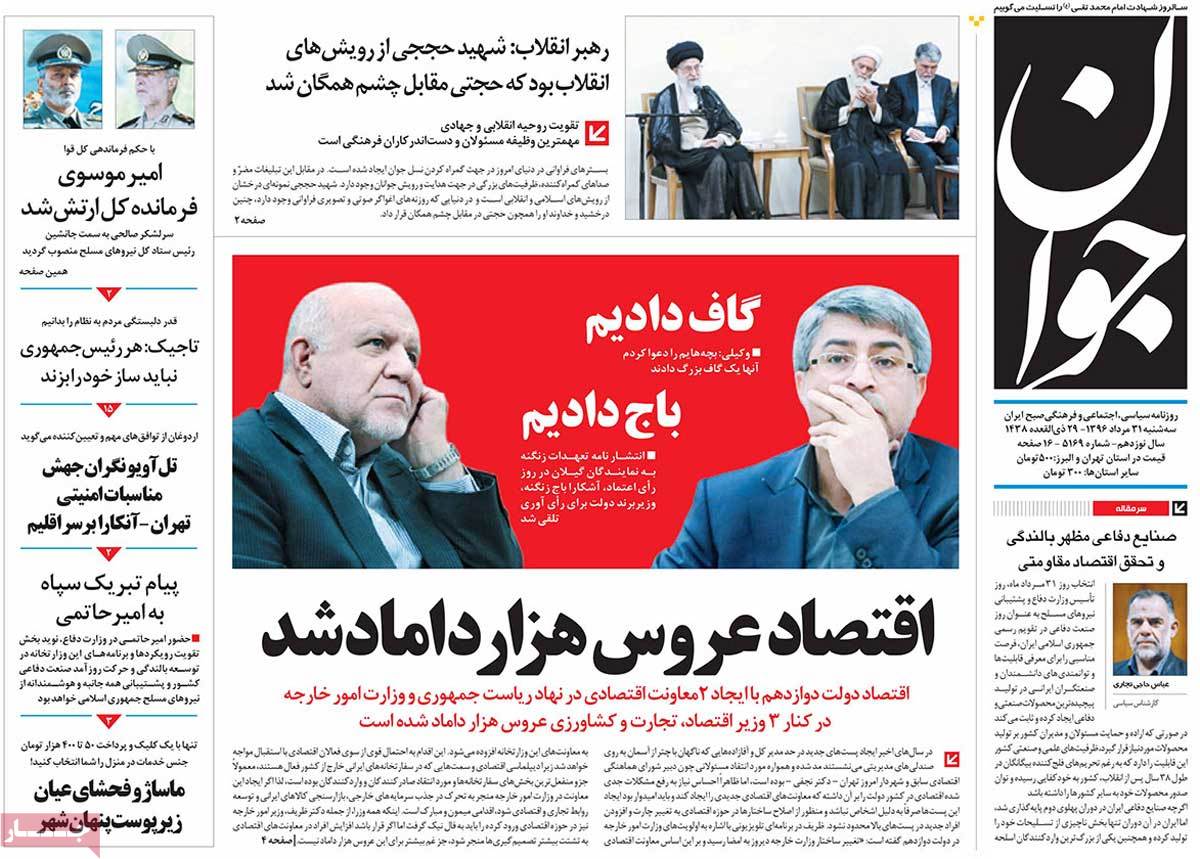 1- Citizens of 3 Key US States: Trump Source of Shame 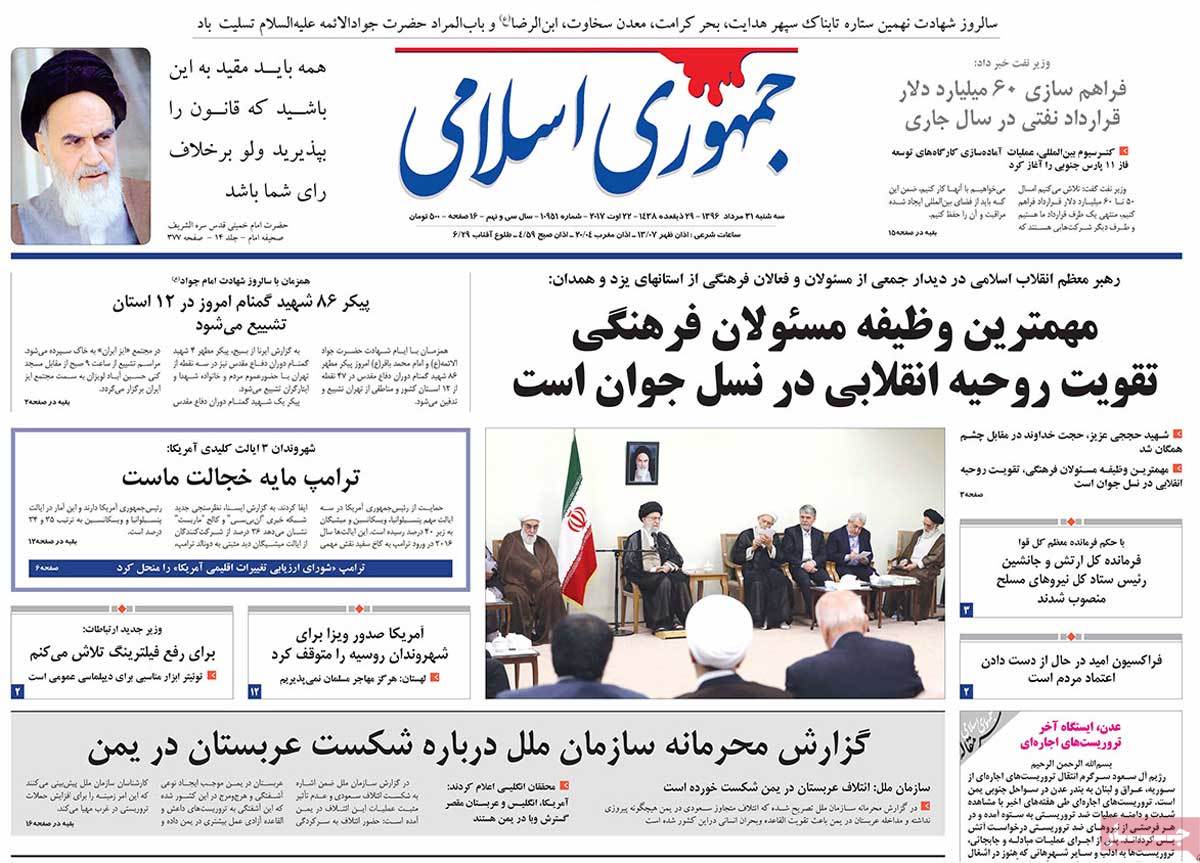 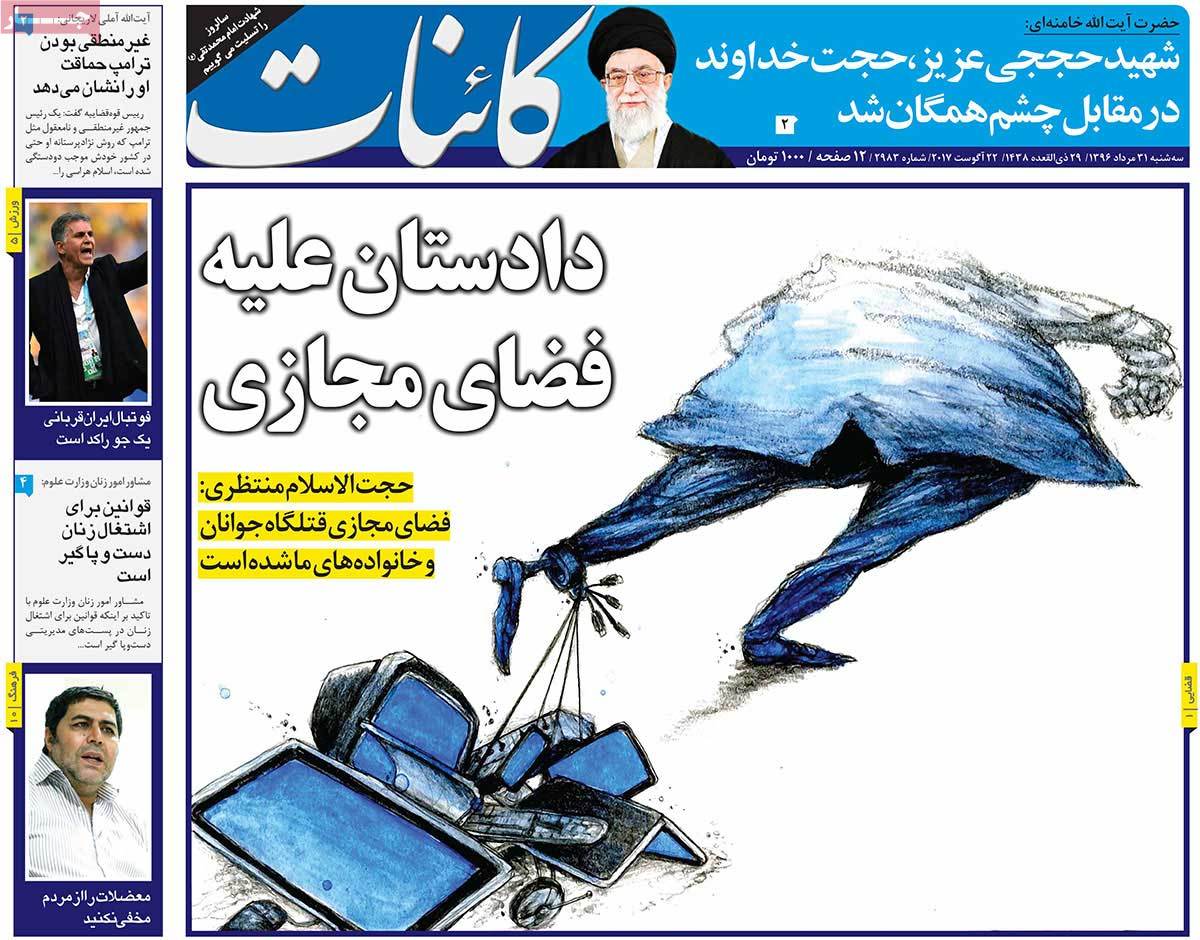 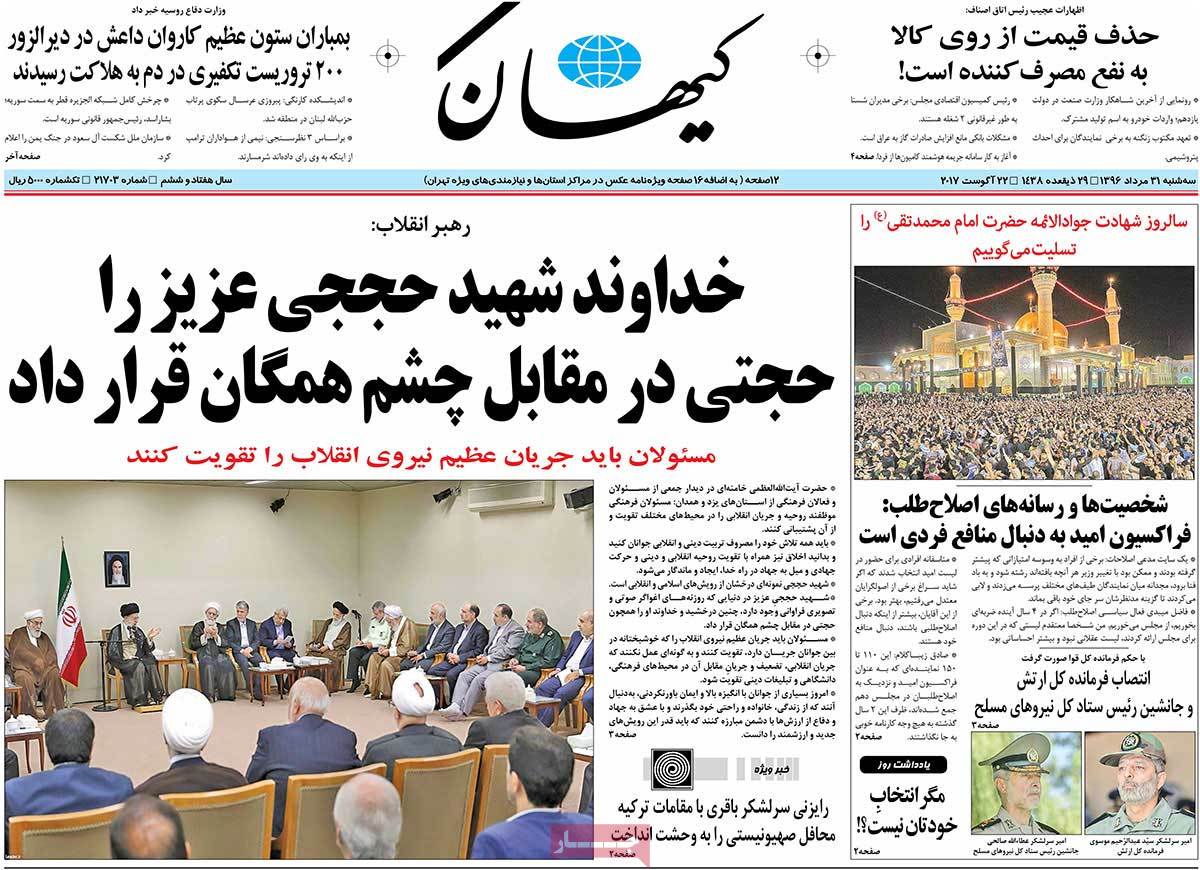 2- Trump’s Qualification under Scrutiny of Voters 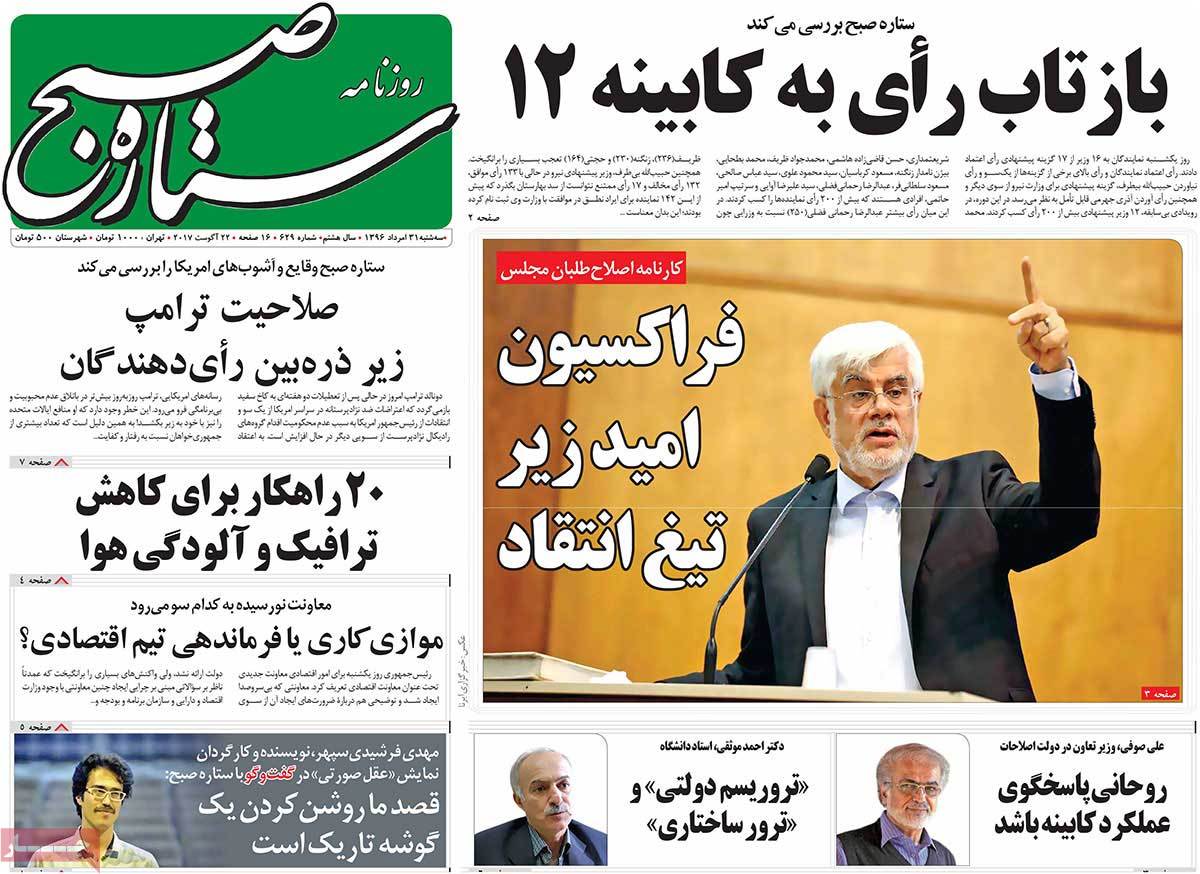 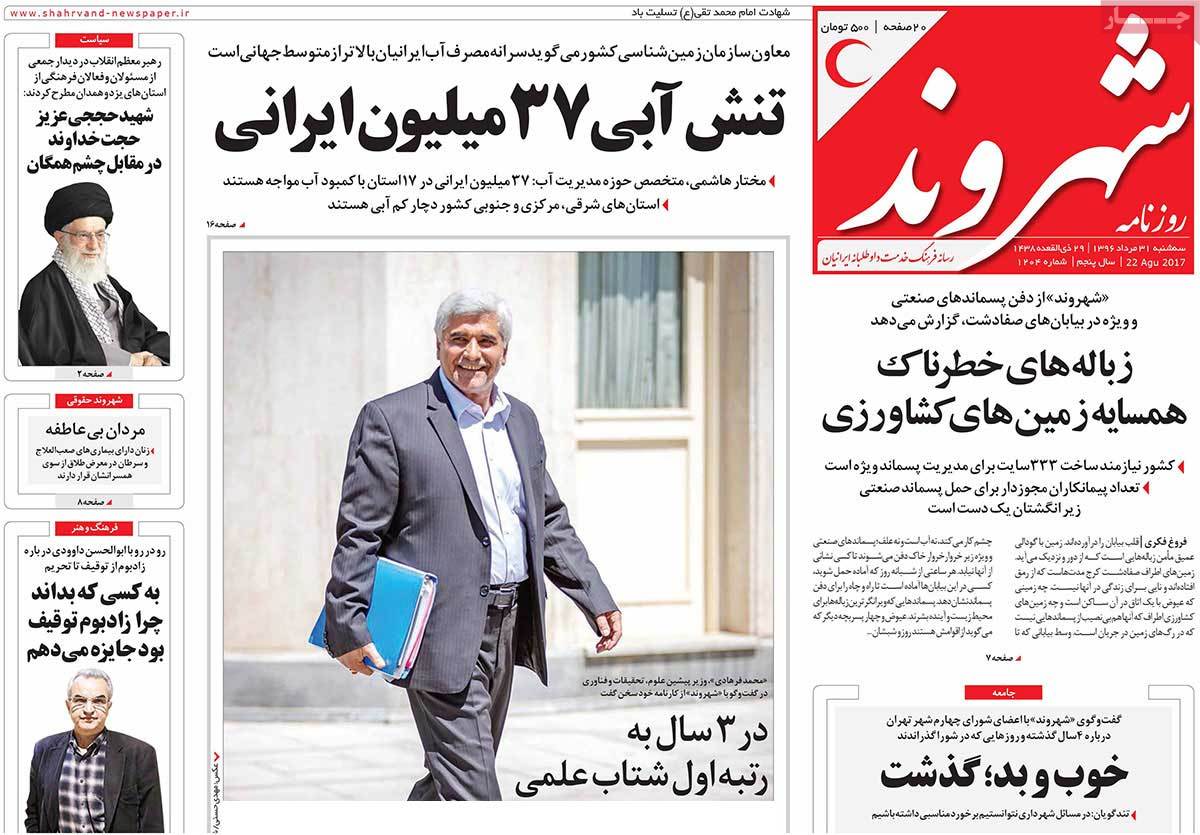 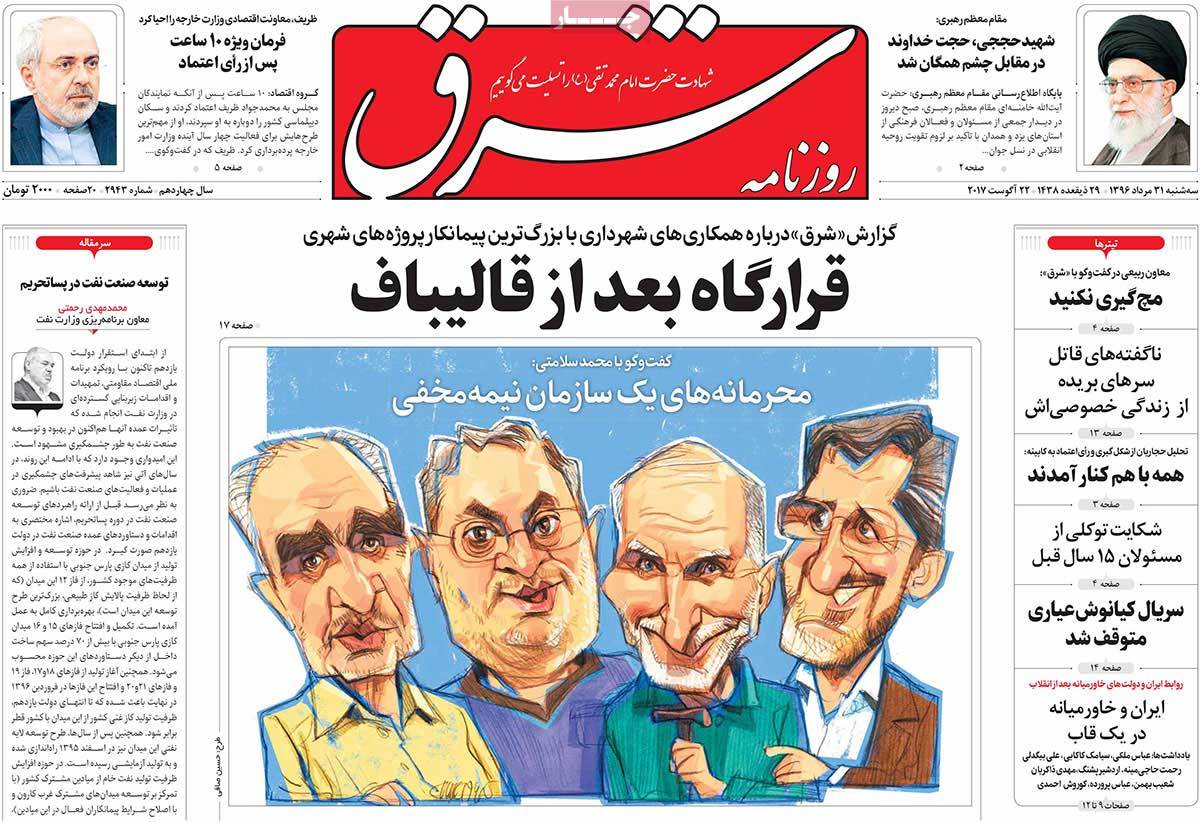 1- Prosecutor-General: Judiciary Not after Shutting Down Cyberspace 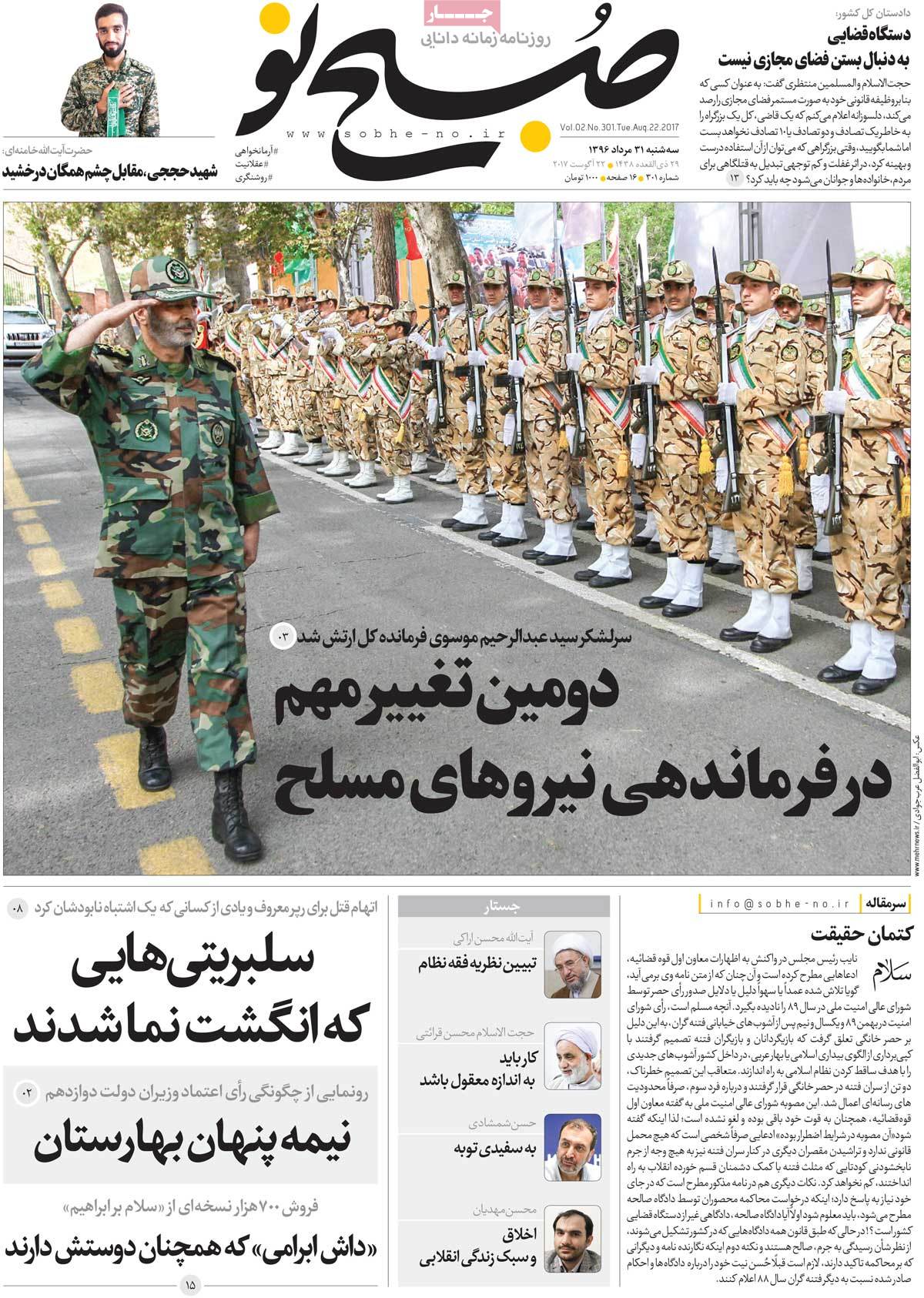 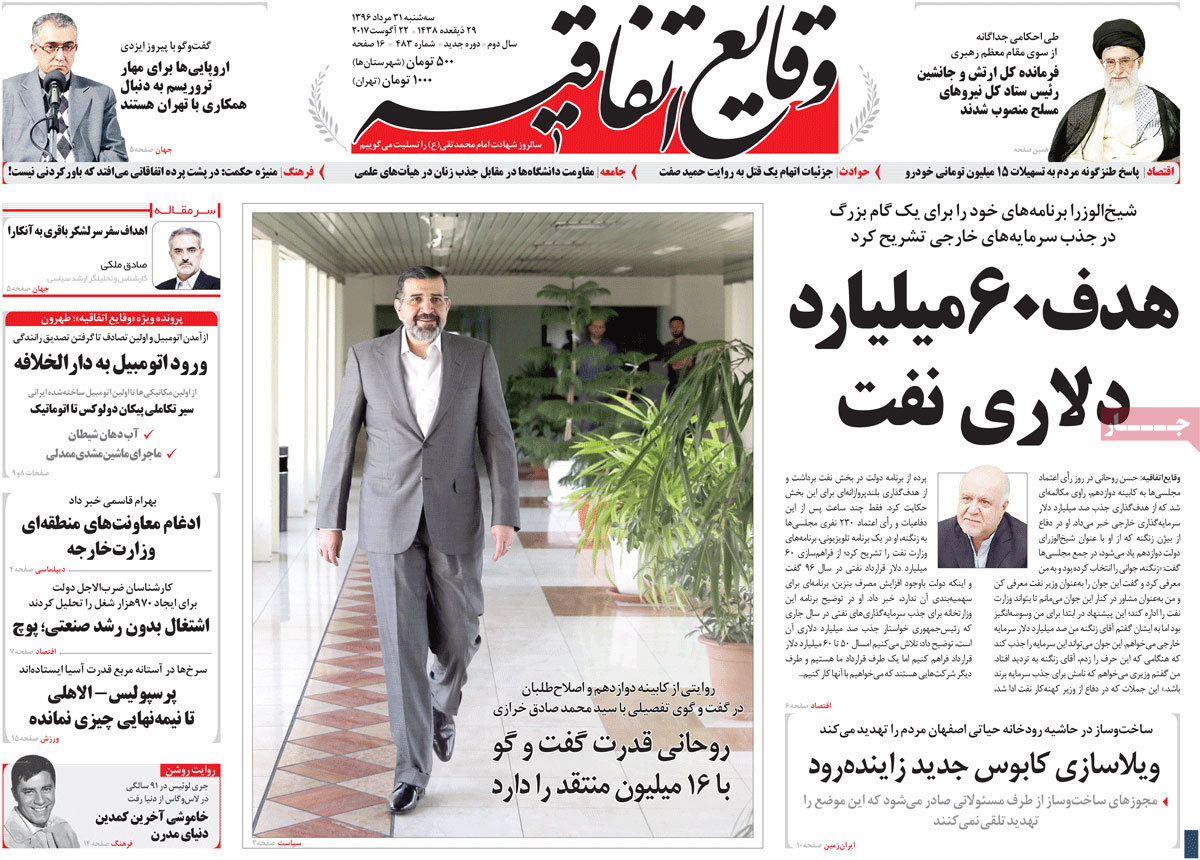 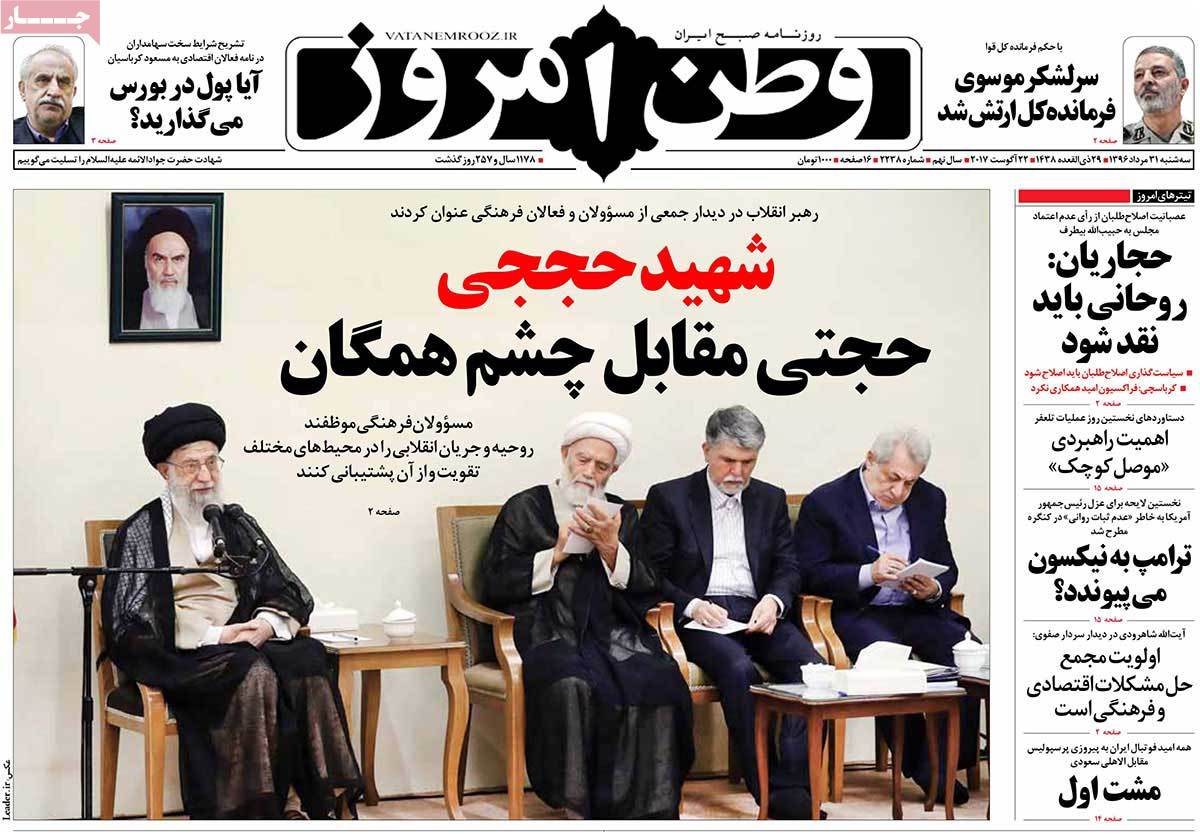