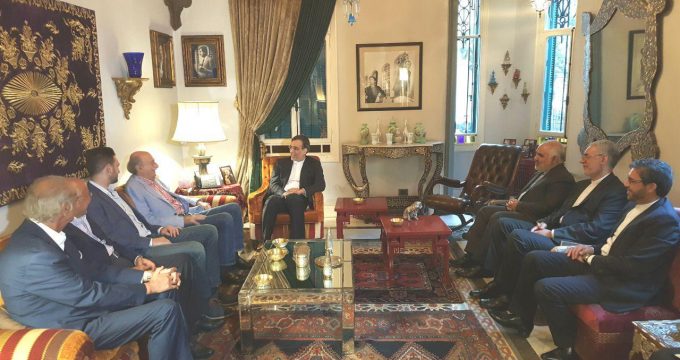 ‘Iran will support the unity between government, people, armed forces and the resistance movement in Lebanon,’ Jaberi Ansari said during a meeting on Monday with Walid Junbalat Leader of the Progressive Socialist Party in the country.

The Iranian official, after his meeting with Junbalat, told reporters that they discussed developments in Lebanon, bilateral ties and regional issues particularly Syria.

It was an opportunity for reviewing latest developments in Lebanon and the region, he said.

Jaberi Ansari who arrived in Beirut on Monday has so far met the country’s President, parliament speaker and foreign minister.

“Lebanon is symbol of coexistence and solving disputes through dialogue,’ he said.

‘Addressing the issue of electing a president for the country and ratification of the election law are good examples,’ he added.

Lebanon is a symbol of resistance against both the Israeli occupation and Takfiri terrorism, Jaberi Ansari said.

Iran believes that continuation of the conflicts in the region is going to only benefit the Zionist regime because the regime tends to capitalize on the crises in the region to promote its goals and above all consign to oblivion the Palestinian plight.

Junbalat, on his part also told reporters that they discussed an array of issues, including regional developments as well as the need for settlement of disputes between Iran and Arab nations through dialogue.

He reiterated that dialogue is the sole way to solve differences.