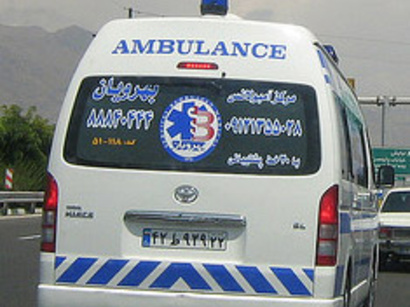 3 Iraqi pilgrims killed after bus veers off road in Iran

Tasnim – Three people were killed and 30 others injured after a bus carrying Iraqi pilgrims veered off the freeway near the Iranian city of Shahroud, Semnan province, east of capital Tehran, a local official said.

Five ambulances were quickly dispatched to the scene after receiving reports from the city’s emergency centers, he added.

Twenty four of the injured have sustained minor injuries and are now being treated at a hospital in the city, he said.

Carrying 45 Iraqi pilgrims, the bus had left the holy city of Mashhad, northeast of Iran, Monday night and was heading to the holy city of Qom, central Iran, the provincial official went on to add.