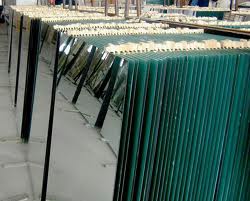 IRNA – Chinese media on Monday refered to an up-coming glass exhibition in Tehran saying that Iran is a major producer of glass in the world.

Presently, 10 large glass factories in Iran produce 450,000 square meters of glass per day,’ the Chinese official news agency, Xinhua, wrote in a report about the first International Exhibition of Glass and Related Industries which is to the held in the Iranian capital from August 23 to 26.

It added that producers of bulletproof, building facade glass as well as crystal ware from Iran, France, Italy, Germany and China will showcase production lines, raw material processing and production machinery at the event.

According to Maqanti, Iran achieved self-sufficiency in glass industry after the country established a number of glass production factories in the 1990s.