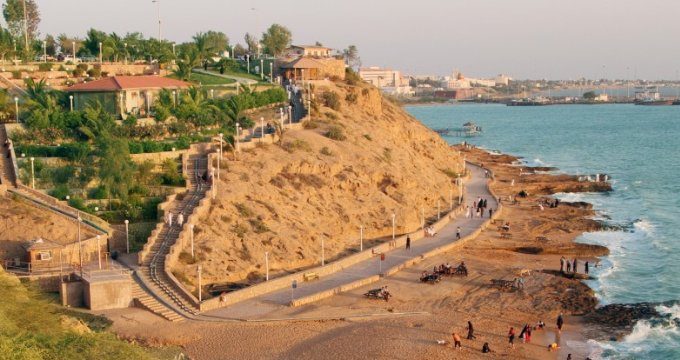 Financial Tribune- Work has begun on developing four coastal tourism resorts in southern Sistan-Baluchestan Province on the shores of the Sea of Oman, the head of the provincial office of Iran’s Cultural Heritage, Handicrafts and Tourism Organization said.

“The resorts are located on the coasts of Ramin, Chabahar, Konarak and Zarabad,” Kambiz Moshtaq Gohari also told the news agency Mana.

“The project will help put the province back on the tourism map by tapping into its marine potential,” he added.

For Iranians, hearing the name of Sistan-Baluchestan conjures up stories of drought, desiccated wetlands and dust storms. The region is marked by a big red blot on the Iran safety map carried by the website of some countries’ foreign ministry.

Although the province has been shunned by many domestic and foreign travelers, Sistan-Baluchestan is looking to overhaul its image and promote itself as a safe destination with plenty to offer.

Officials are also working on developing the area’s marine and ecotourism infrastructures, hoping to tap into the region’s access to the sea and unspoiled natural landscapes.