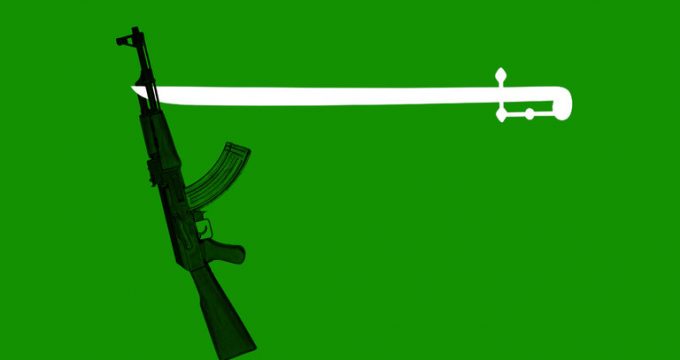 Alwaght– Since emergence of Saudi Arabia in 1932, Al Saud has exploited the instrument of Wahhabism to tackle the challenge of the kingdom’s inconsistent political, social, and religious structures. Ever since, the function of the Wahhabi ideology has been religiously legitimizing the Al Saud dynasty’s power and crown.

The Wahhabi clergy persistently ratify the royalty’s decisions and at the same time issue fatwas, religious verdicts, to endorse the regime’s political stances, making the Wahhabism’s influence in the political structure more than a simple official role of a religious institution in the oil-rich Arab state.

Beside the domestic policy, the foreign policy in recent years has been subject to the penetration of the strong Wahhabism, which goes deeper than Arab nationalism in the Saudi power structures to play as an identifying element affecting the political elites’ notions and understanding of the foreign environment.

This has been an ample drive for the Saudi leaders to establish religious educational centers commissioned to spread Islamic thinking and Sharia in accordance with a Wahhabi interpretation across the Muslim world. This ideological strategy helps the kingdom’s struggle to diminish role of the other big Islamic countries that seek to act like a unifying magnet among the other Muslim states. Simultaneously, this Saudi strategy seeks impairment of evolution of a religion-inspired resistance camp in the face of the overbearing West, and particularly the US– the traditional ally of Riyadh.

The Saudi foreign policy, having the backing of the Wahhabism, follows a set of goals, including:

– Leading the Muslim world, with a special focus on the fellow Arab states

– Promoting Wahhabism and checking the increasing influence of Iranian Islamic Revolution’s principles across the Muslim world, beside struggles to save the status quo.

A question looks convenient here: What are the Wahhabism functions for the Saudi rulers?

Here are some of them:

Many West Asian affairs analysts unanimously agree that Riyadh’s spiritual and financial support for the takfiri groups in the region serves the interests and political objectives of the kingdom. For example, in Pakistan under the President Muhammad Zia-ul-Haq in the 1980s the Saudi backing of the Taliban reached its peak. At that time, Riyadh leaders staged a campaign for propagation of radical ideology, which laid the foundation for rise of a set of fundamentalist groups consequently.

Riyadh leaders offer direct and indirect aids to the militias inside Pakistan that serve their goals in the region. Pakistan is not the only area of Saudi Arabia’s pro-militia activities. In Iraq, for instance, the Iraqi forces who have been pushing against ISIS terrorist group across the country have discovered Saudi vehicles used by the terrorists for terror attacks. Such discoveries that stand as firm Saudi meddling evidences are becoming a common practice of the army forces in Iraq, and also Syria. So far, many convoys of terrorist-bound arms, ammunition, food, and vehicles, all carrying tokens of Saudi Arabia, have been seized by the advancing forces in Iraq and Syria from the terrorist groups.

Labeling them renegades, presently the Saudi-backed takfiri Wahhabis and Salafis pose the biggest threat to the Shiites around the Muslim world. Wahhabi clergy and followers do not identify the Shiite faith as a Muslim branch, arguing that the concept of Shiite sometimes equals to atheism. The way of viewing the Shiites by the Wahhabis is enough for them to feel having ahead the largest challenge.

“Shiite is a different faith and separate from Islam. As it is impossible for the Sunnis to compromise with the Jews and Christians, it is impossible for them to compromise with the rafidhin,” the former grand mufti of Saudi Arabia Abd al-Aziz ibn Baz once said of the Shiites referring  followers of the second-largest Islam branch as rafidhin, heretic.

So far, many Wahhabi clergy authorized use of force and violence against the Shiite Muslims, like forcing them to leave their beliefs as well as banishing and killing them. Wahhabi leaders also endorse campaigns to contain and even kill the Shiite clergy. Crackdowns of this nature so far witnessed victims. Saudi authorities in 2012 arrested Sheikh Nimr Baqr al-Nimr, the vocal Shiite cleric, when anti-regime protests sparked in Eastern Province of the kingdom. In October 2014, he was convicted of jeopardizing the national security and sentenced to death by sword and exposure to public. His execution was carried out on 2 January 2016.

The Economist in a report shed light on the detention and sentencing of Sheikh al-Nimr, writing that the late cleric was expecting his execution for his defending the rights of Saudi Shiites and also his protest against clampdown on the country’s Sunnis simultaneously. The Economist further maintained that Sheikh Nimr even addressed the Sunnis in his speeches, insisting that even this majority were victims to the Al Saud’s campaign of suppression. During the rallies, he called on his supporters to keep calm and never resort to violence and keep the demonstrations in a peaceful track.

The same behavior was observed by Sheikh Ibrahim Zakzaky of Nigerian Islamic Movement and Sheikh Isa Qassim of Bahrain. Many analysts argue that direct Saudi Arabian incitement and foreign policy strategies are the top drives for the Nigerian and Bahraini governments to repress the Shiite leaders.

3. Appeasing the US by saving the status quo

Relying on the Wahhabi principles theoretically and practically, the Saudi regime puts premium on surrounding environment’s stability as serving the domestic stability. As long as the kingdom’s foreign policy is based on Wahhabi ideology, the region will keep witnessing Riyadh pursuing a religious policy in the region, something producing conservative foreign policy. This means that the region should expect continuation of the Wahhabi-instructed Saudi foreign policy whose intent is saving the status quo, including implementation of confrontational approach to the Iran-led Axis of Resistance, which cannot stand any more Western influence on the Muslim world’s political and social matters.

This Riyadh policy is compatible with the American strategy in the Muslim states. In fact, the US to some extent can be in command of the divisive Saudi Arabian behaviors. This is beside the Wahhabi doctrine that runs counter to the modernist thinking and fights the independent countries in appeasement of the US.