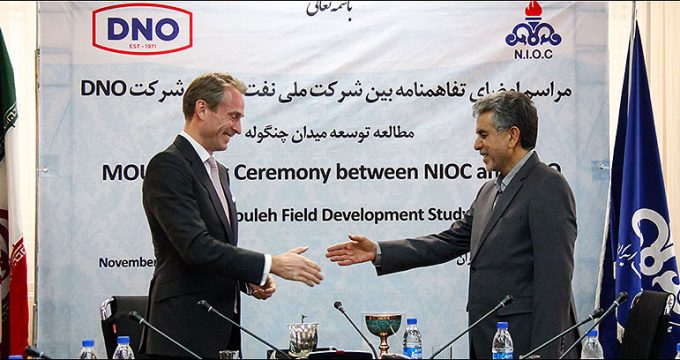 Shana — DNO ASA has submitted the result of its feasibility studies on Iran’s Changuleh Oilfield to the National Iranian Oil Company (NIOC).

Jeroen Regtien, DNO’s Chief Operating Officer, handed over the study to Gholamreza Manouchehri, deputy for development and engineering at NIOC on Saturday.

DNI is a Middle East and North Africa (MENA) focused oil and gas company listed on the Oslo Stock Exchange.

In November 2016, DNO signed a memorandum of understanding (MoU) with NIOC to conduct a study concerning the development of the Changuleh oil field in western Iran.

Changuleh, discovered in 1999 but never developed, is estimated to hold more than 2 billion barrels of oil-in-place.

DNO holds stakes in oil and gas blocks in various stages of exploration, development and production both onshore and offshore in the Kurdistan region of Iraq, the Republic of Yemen, the Sultanate of Oman, the United Arab Emirates, the Tunisian Republic and Somaliland. The group is headquartered in Oslo and has a network of offices throughout the MENA region.