A look at Iranian newspaper front pages on August 10

IFP – IFP has taken a look at the front pages of Iranian newspapers on Thursday, August 10, and picked headlines from 18 of them. IFP has simply translated the headlines and does not vouch for their accuracy.

Many newspapers today analysed the list of President Hassan Rouhani’s proposed ministers, and the female vice-presidents he has appointed.

They also covered the war of words between the United States and North Korea, who are threatening each other to a nuclear attack.

The massacre of dozens of Shiite villagers in northern Afghanistan and the world’s silence towards the brutal crime also received great coverage.

1- No Female Minister in Rouhani’s Cabinet

1- Teaching Government How to Decrease Expenses

3- Rouhani’s Promises to Be Fulfilled through Proposed Ministers: First VP

3- Every Minister Should Have One Female Deputy: First VP

1- Spectre of War over Korean Peninsula

2- Jahangiri: Next Cabinet to Perform Well in Facing Challenges

1- First VP: Women to Have Great Presence in Next Gov’t

2- Will Korean Peninsula Crisis Go out of Control?

1- US Threatens to Wage Nuclear War against North Korea

1- 48 Former, Incumbent US Officials Warn of Consequences of Scrapping JCPOA 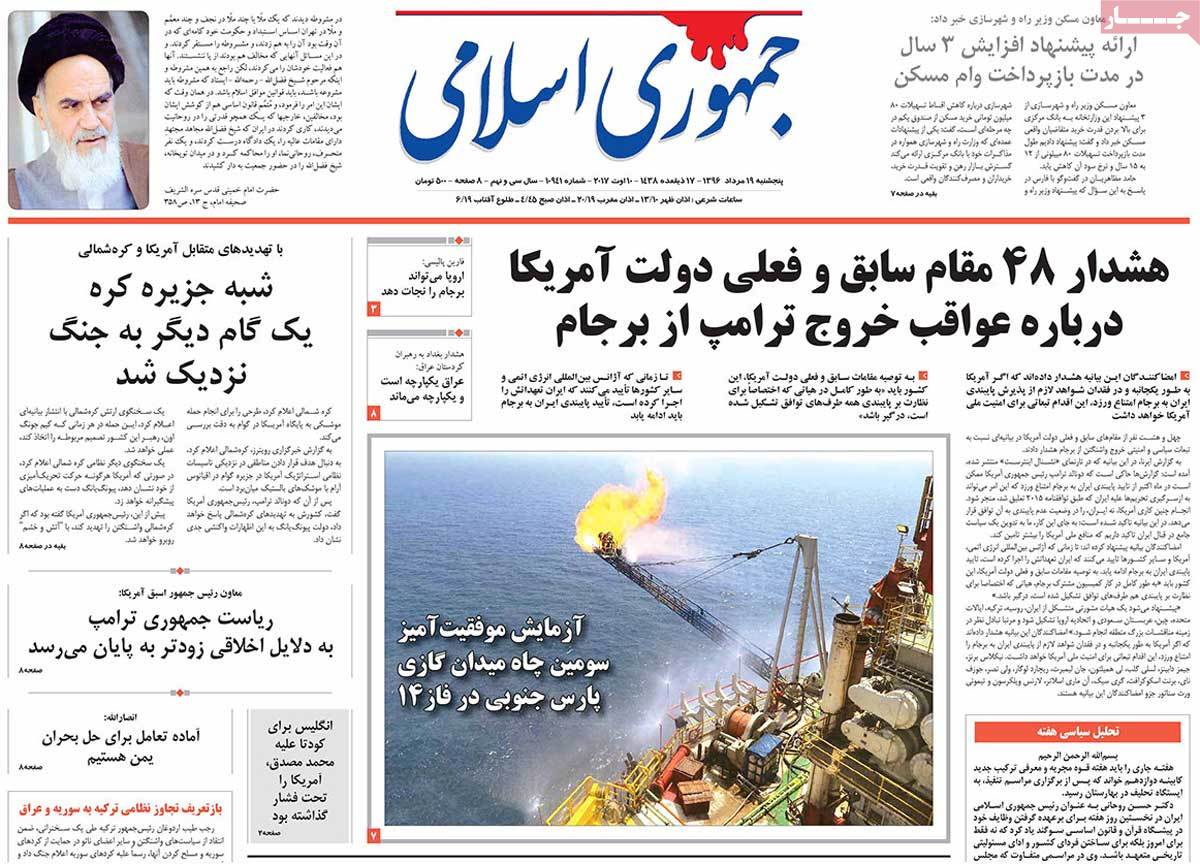 1- Brutal Massacre of Shiites in Afghanistan: No Candle, No Message

3- Saudi Arabia, Israel Have Been in Contact for 15 Years WikiLeaks 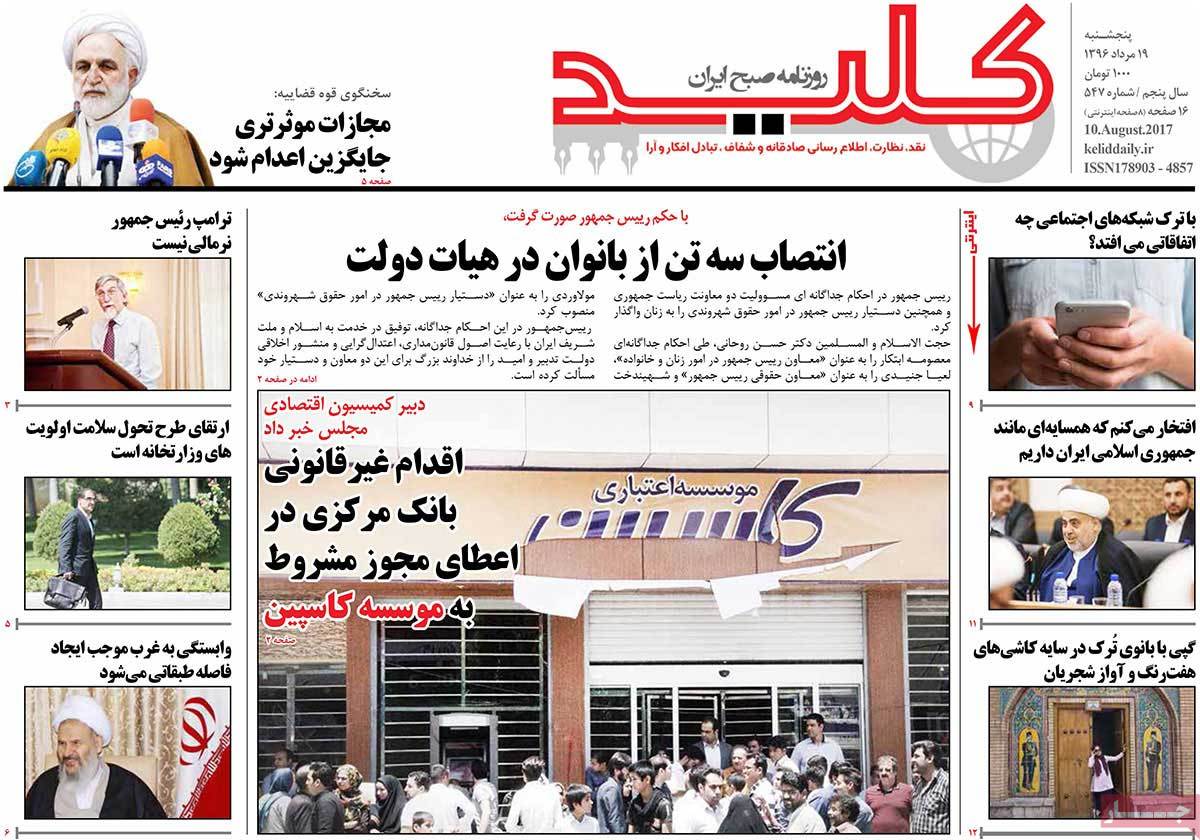 1- Consultation in Parliament, Defence in Government

2- Genocide of Shiites in Northern Afghanistan amid Global Silence 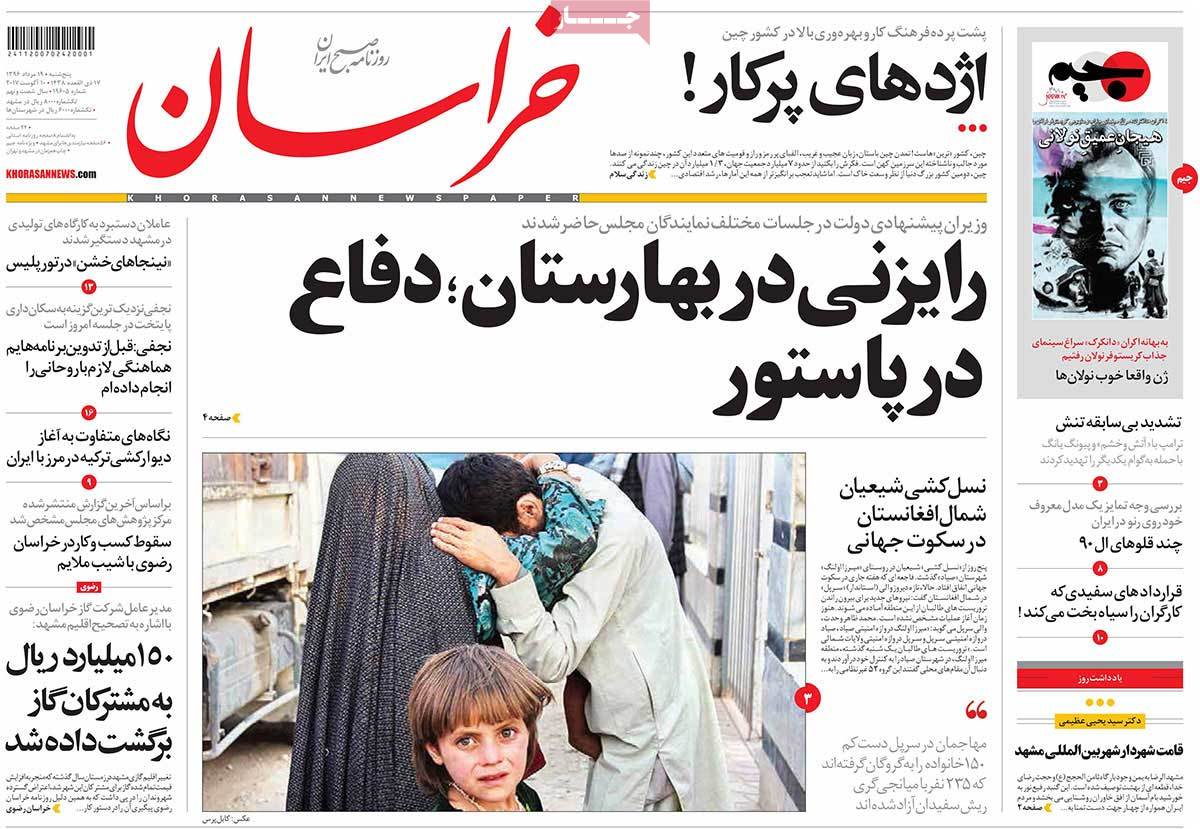