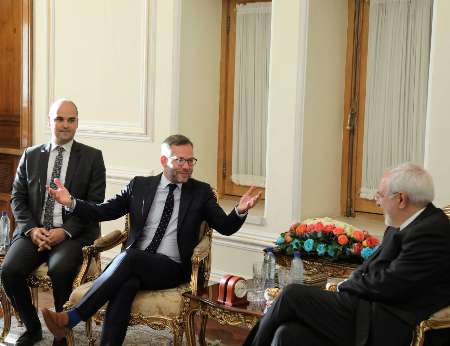 IRNA – Iranian Foreign Minister Mohammad Javad Zarif says Germany could play an important role in addressing an array of issues, praising the European nation for its efforts to promote talks.

Zarif met Germany’s Minister of State for Europe at the Federal Foreign Office Michael Roth on Sunday and the two officials discussed regional developments and the need for fostering regional cooperation and establishment of peace and stability.

‘Germany is committed to establishing peace and stability and we are interested in maintaining cooperation with Iran,’ Roth said.

The German official also said that the nuclear deal between Iran and the major world powers, known as the Joint Comprehensive Plan of Action (JCPOA) is of importance to Germany.

Germany will continue holding high-profile talks with Iran, he said.