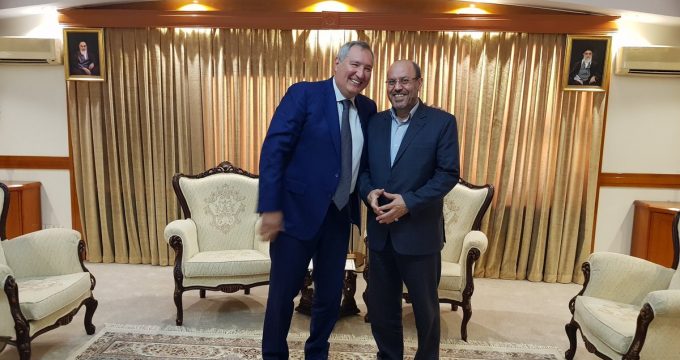 During the meeting, General Dehqan and Rogozin discussed bilateral ties and exchanged views on the regional and international developments.

The two sides met on the sidelines of Iranian President Hassan Rouhani’s inauguration, held at the parliament on Saturday.

The senior Iranian and Russian officials also reviewed previous military agreements between the two countries and underlined the need for their prompt implementation.

Recently, Sputnik quoted a representative of the Russian embassy in Tehran as saying that Rogozin may meet the Iranian defense minister on Saturday.

“He (Rogozin) will arrive early in the morning on August 5 and leave in the evening. The aim of the visit is to take part in the inauguration ceremony of Iranian President Hassan Rouhani and maybe a meeting with Iranian Defense Minister Hossein Dehqan. It has not been fully agreed yet,” the embassy’s representative said.