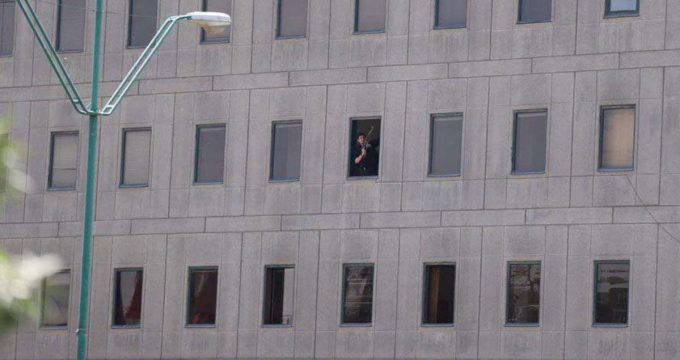 Tasnim – Iran’s Interior Ministry has decided to raise security level at the Parliament from during the upcoming swearing-in ceremony for President Hassan Rouhani, a deputy minister announced.

Considering the large number of officials and foreign dignitaries attending the swearing-in ceremony, the level of security at the Parliament’s premises will be raised to ‘critical’, Deputy Interior Minister for Security Affairs Hossein Zolfaqari said on Monday.

He said various security forces, including the Islamic Revolution Guards Corps (IRGC), Police, Intelligence Ministry and Air Defense have been assigned tasks for a safe ceremony.

The swearing-in ceremony for President Rouhani will be held in the Parliament on August 5.

An advisor to the foreign minister told Tasnim on Monday that officials representing around 100 countries are scheduled to take part in the event.

On June 7, terrorists launched simultaneous attacks on Iran’s parliament building in downtown Tehran and on the mausoleum of the late founder of the Islamic Republic Imam Khomeini.

The Daesh (ISIL) terrorist group claimed responsibility for the attacks, which killed 17 people and wounded more than 40.

All five gunmen involved in the attacks were killed by security forces.