A Look at Iranian Newspaper Front Pages on July 30

Iran Front Page- IFP has taken a look at the front pages of Iranian newspapers on Sunday, July 30, and picked headlines from 17 of them. IFP has simply translated the headlines and does not vouch for their accuracy.

The line-up of President Rouhani’s future cabinet and the speculations about it also remained a top story today. 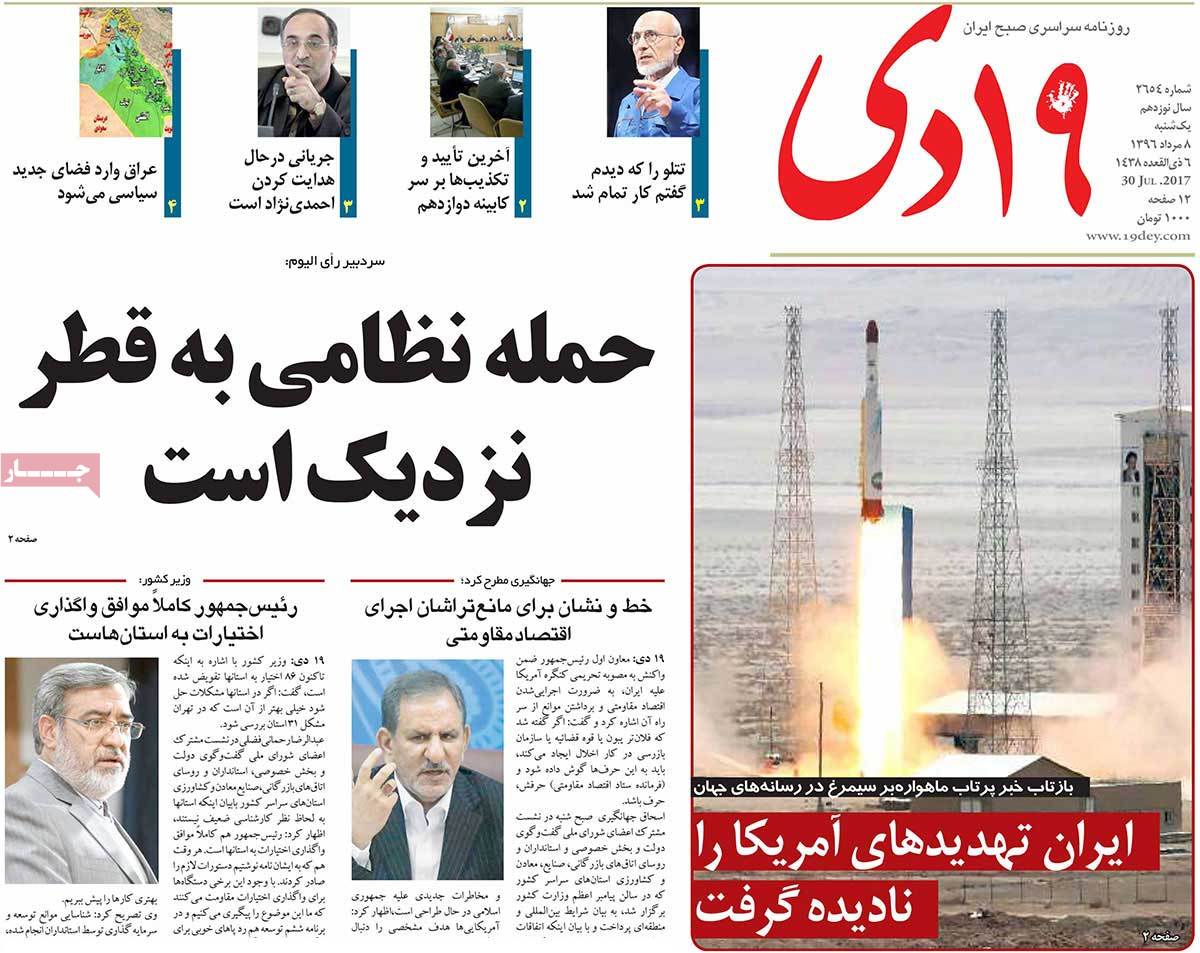 3- Araqchi: We’re Still Away from Blatant Violation of JCPOA 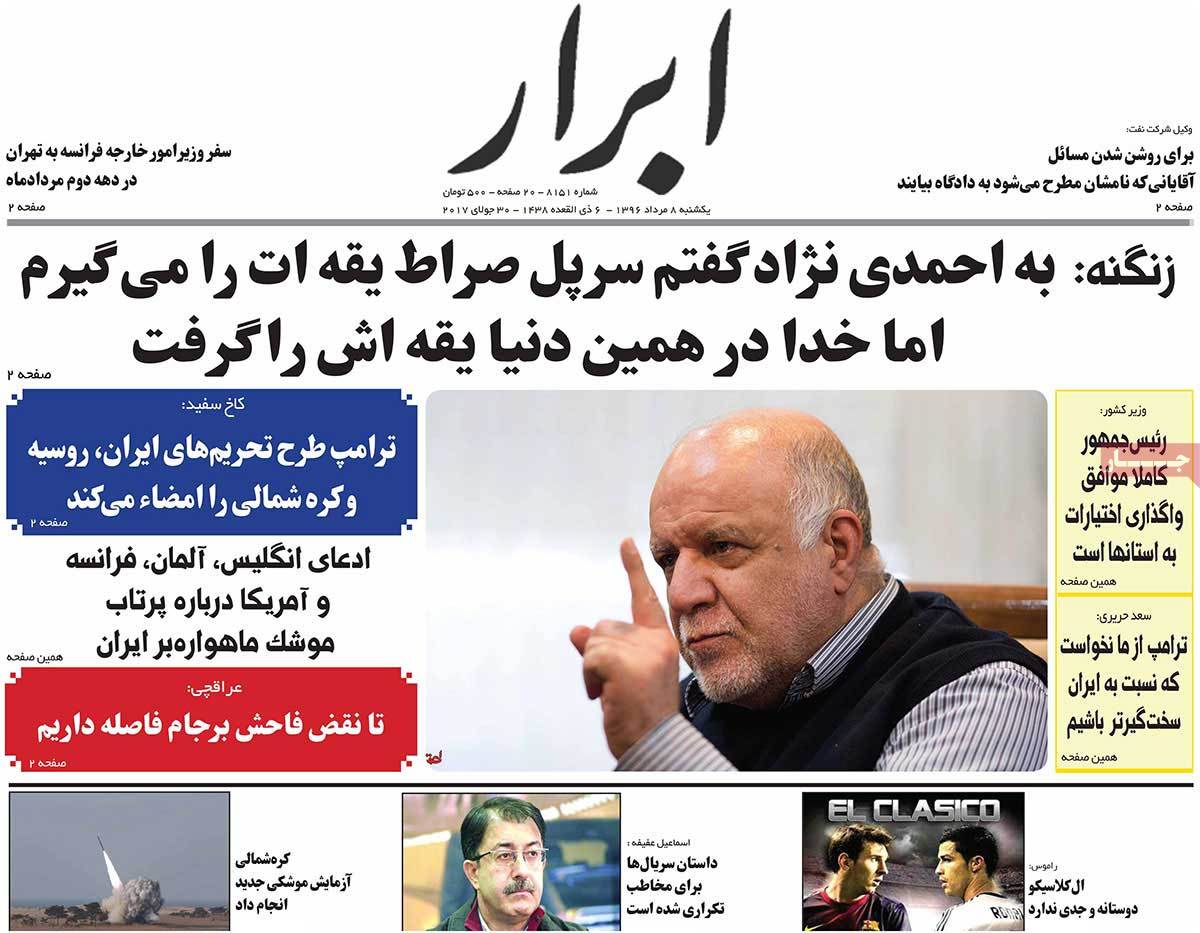 2- First VP: I Hope Rouhani Would Make Decision Based on People’s Demands 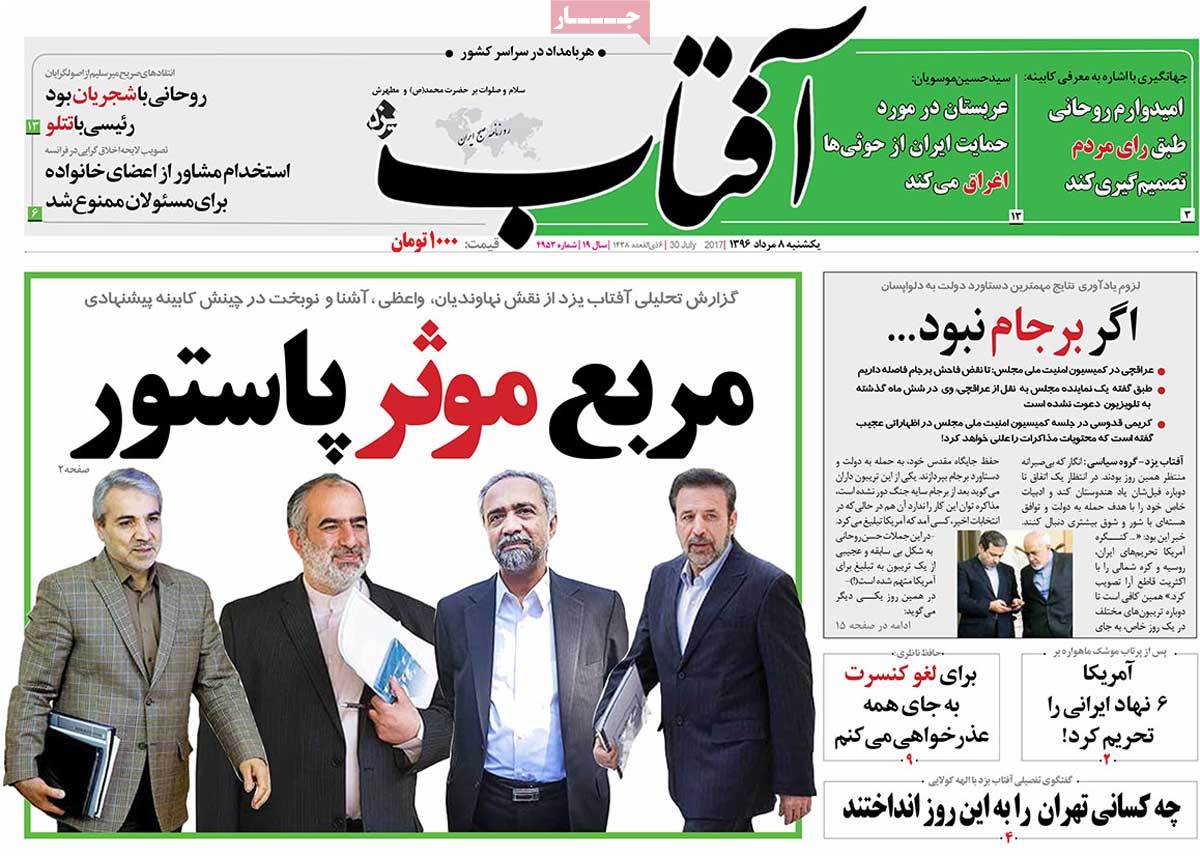 1- Who Are Guests of Rouhani’s Inauguration Ceremony? 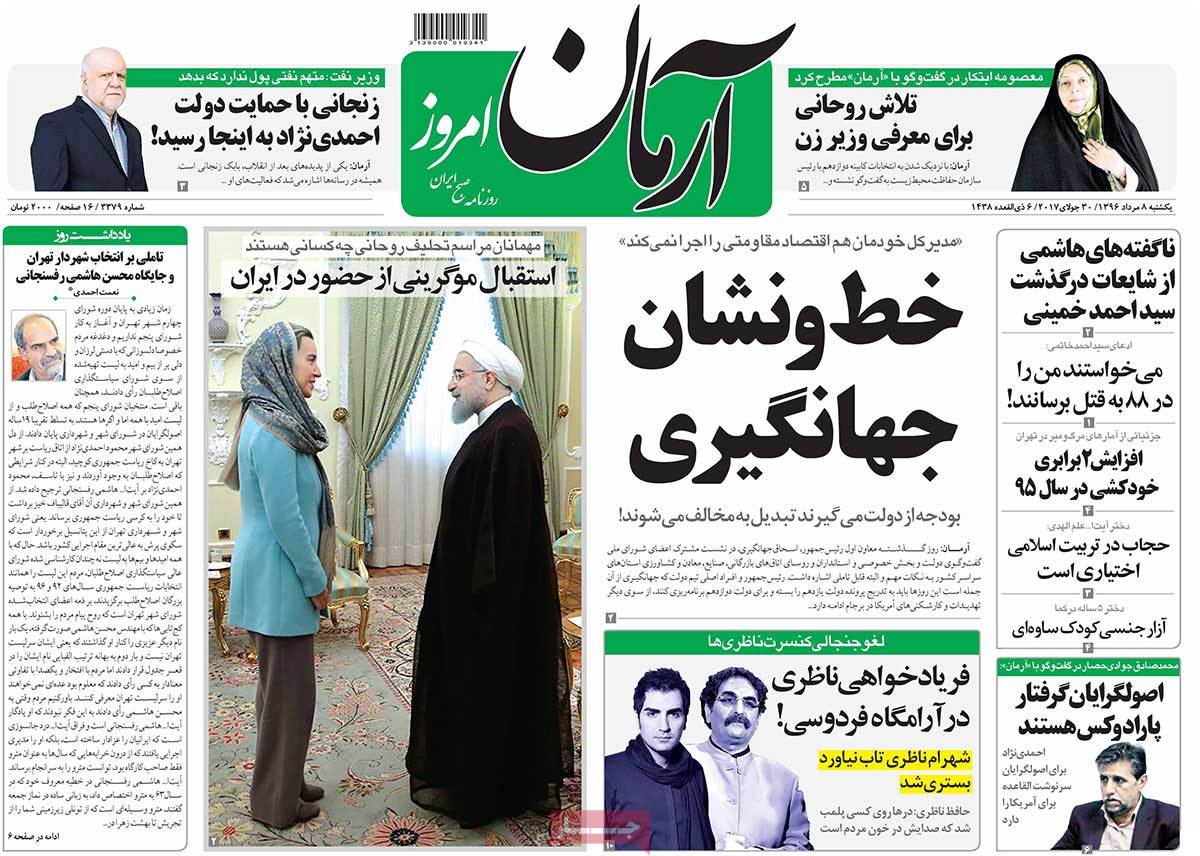 1- Iran and Challenges of Instability in Pakistan

3- First VP: I’ll Help Rouhani in Next Gov’t If He Wants Me to 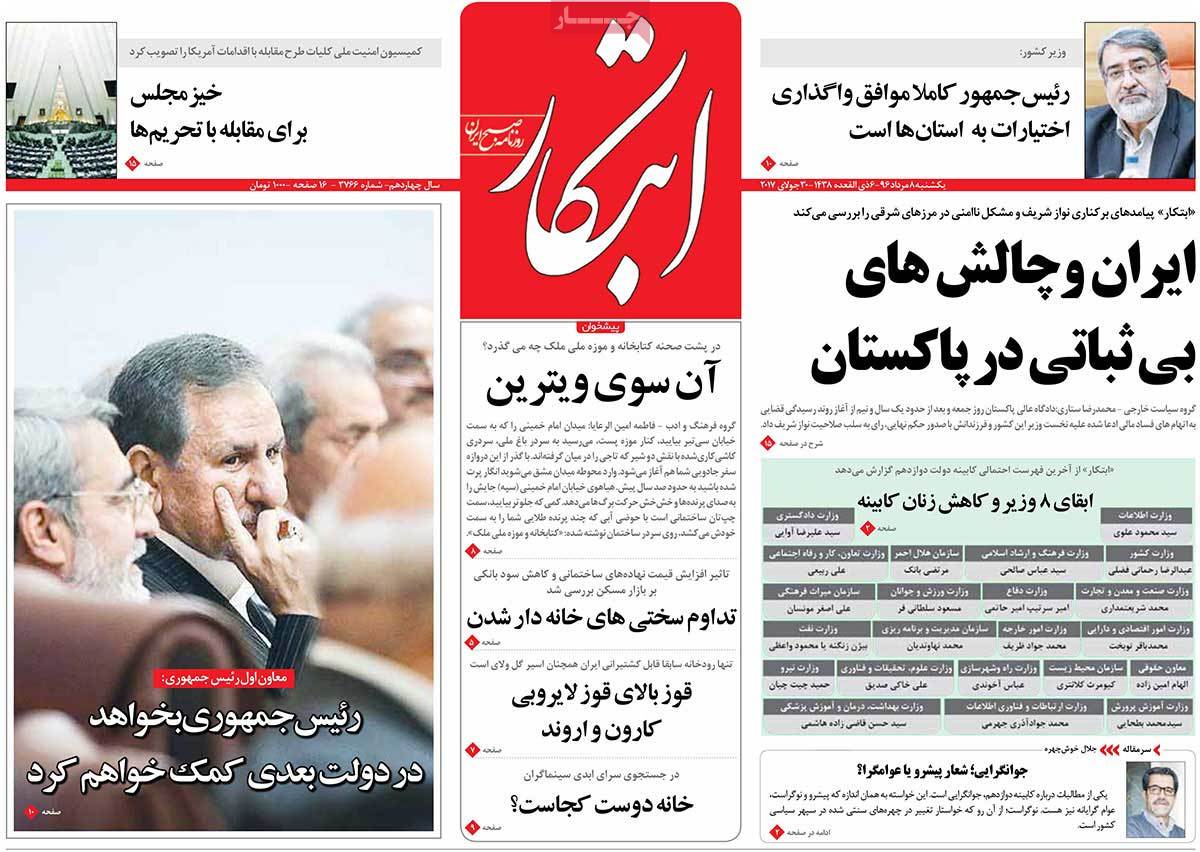 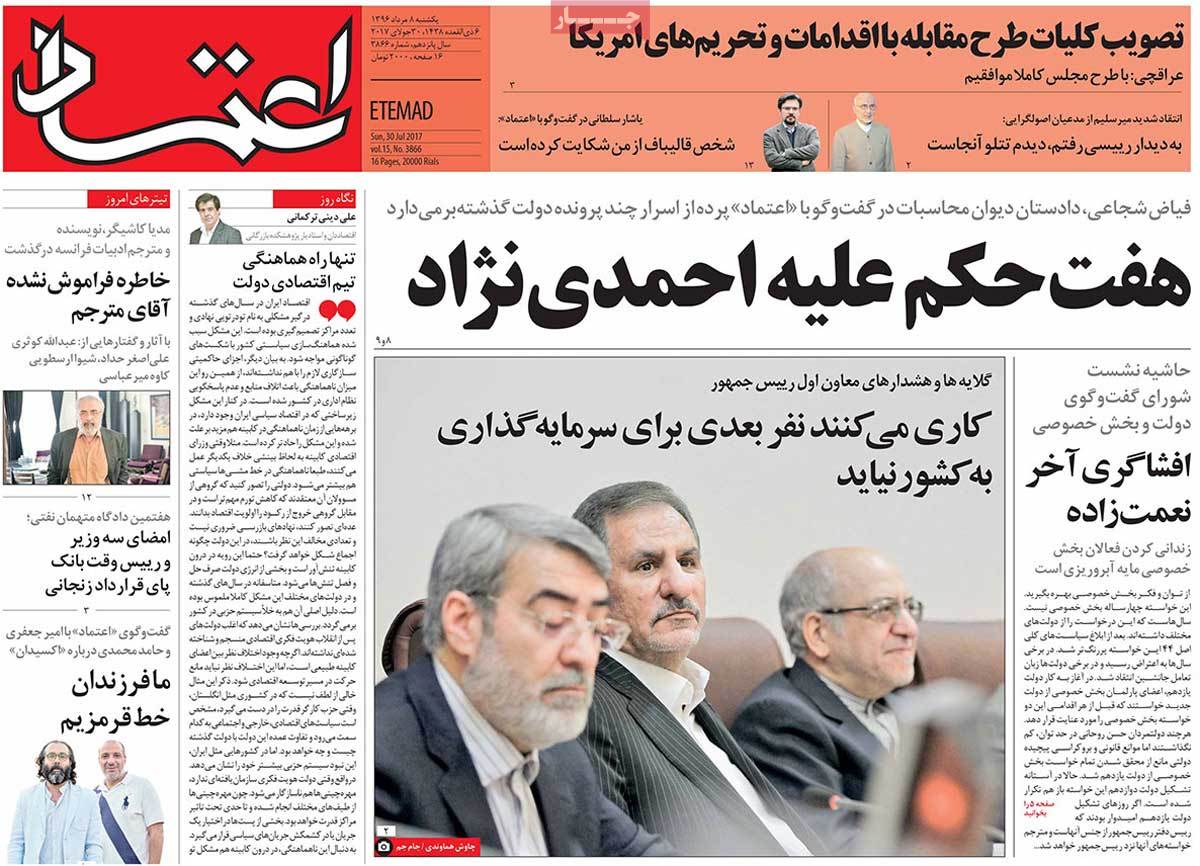 1- Iran Approves General Provisions of Plan to Counter US Measures

3- First VP: No One Should Play in Ground US Has Designed 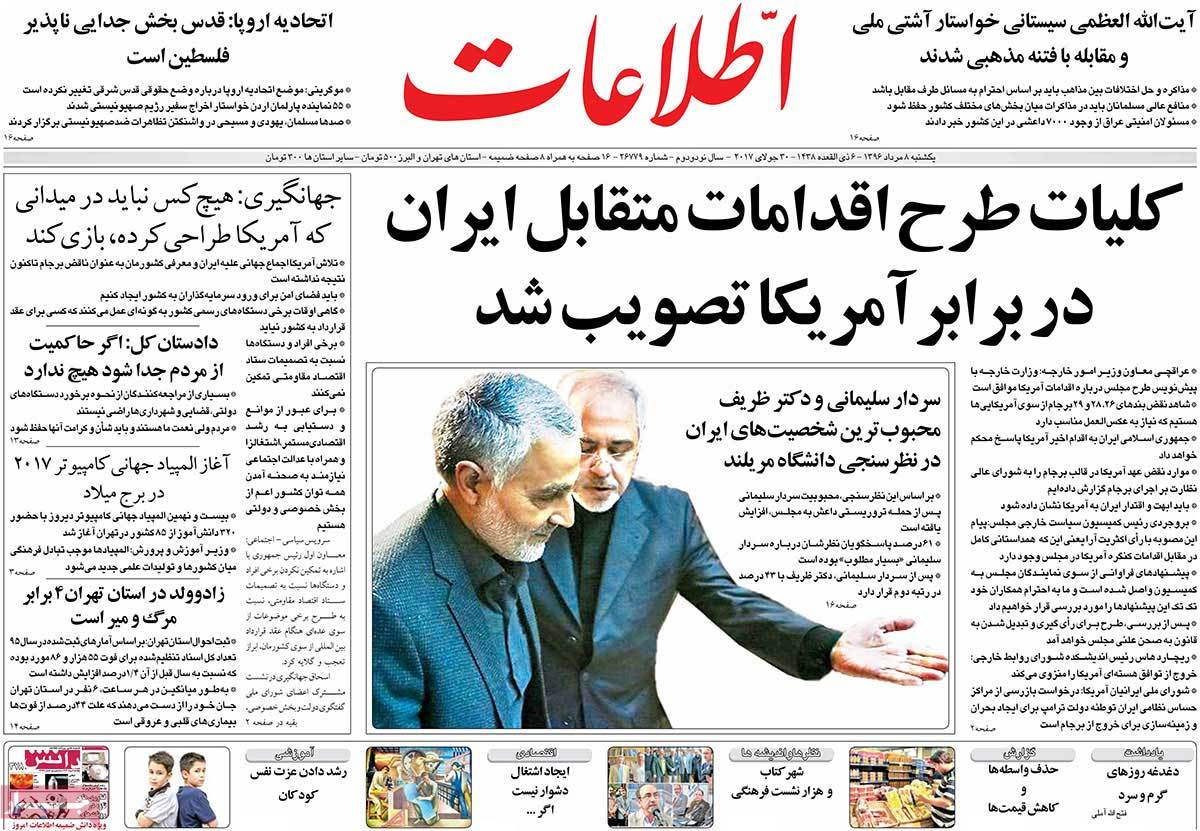 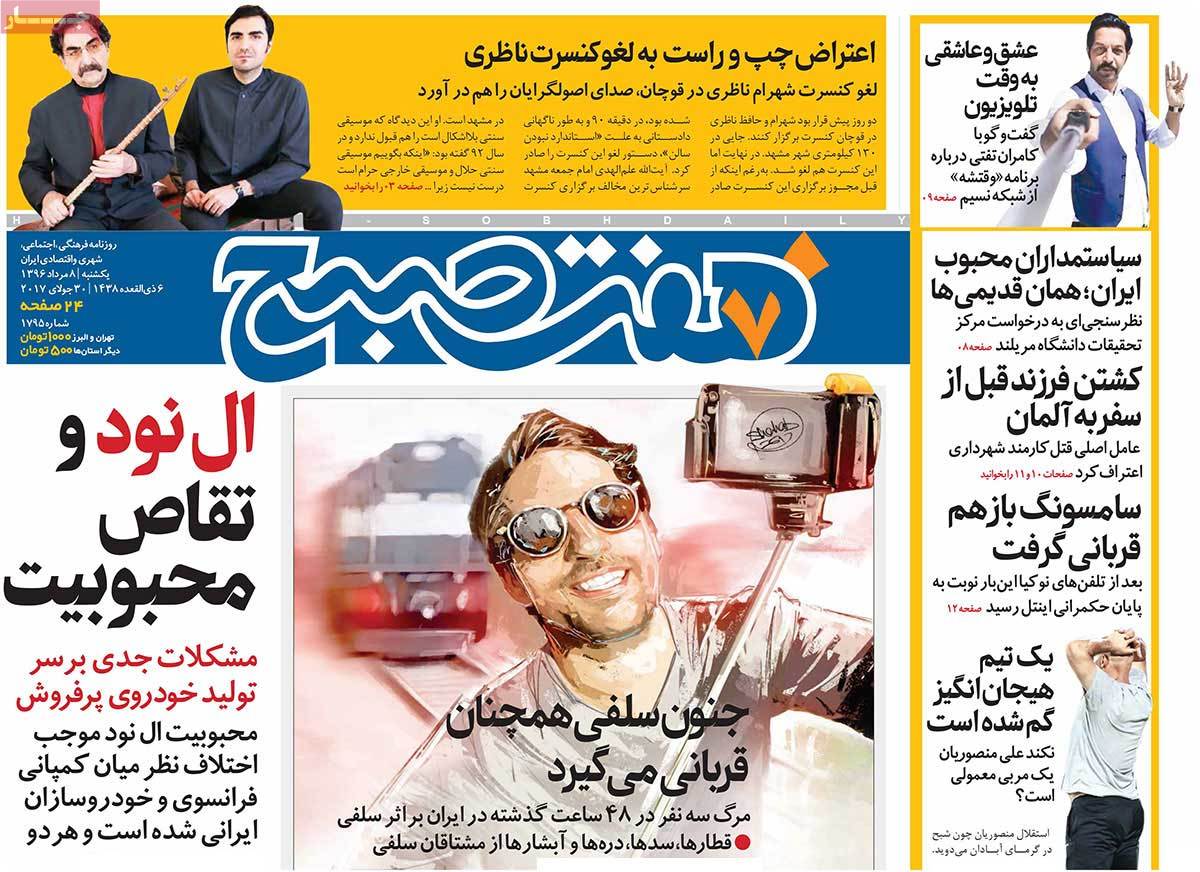 1- Zarif: We Won’t Offer Our Withdrawal from JCPOA as a Gift to Trump 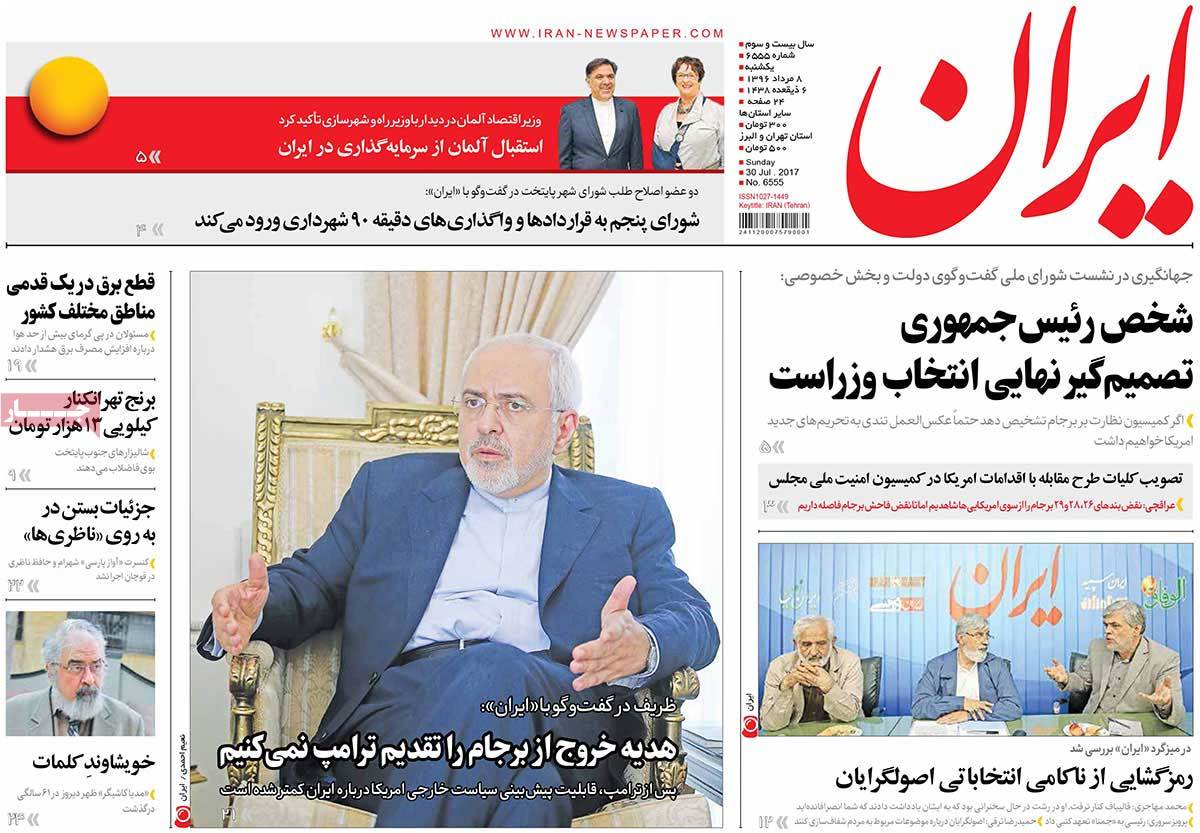 1- JCPOA Violation Not ‘Blatant’ to Araqchi! 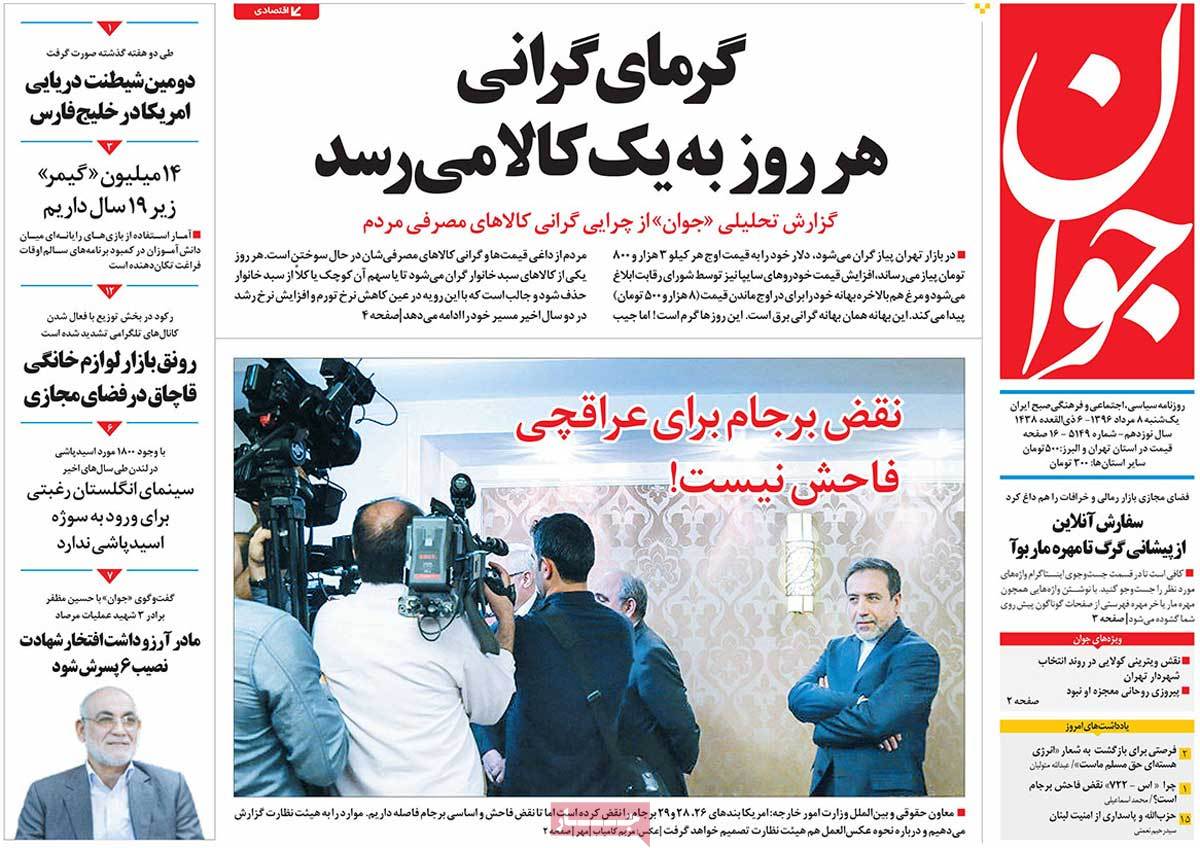 1- Iran to Reciprocate US Hostile Moves after Agreement between Parliament, Foreign Ministry 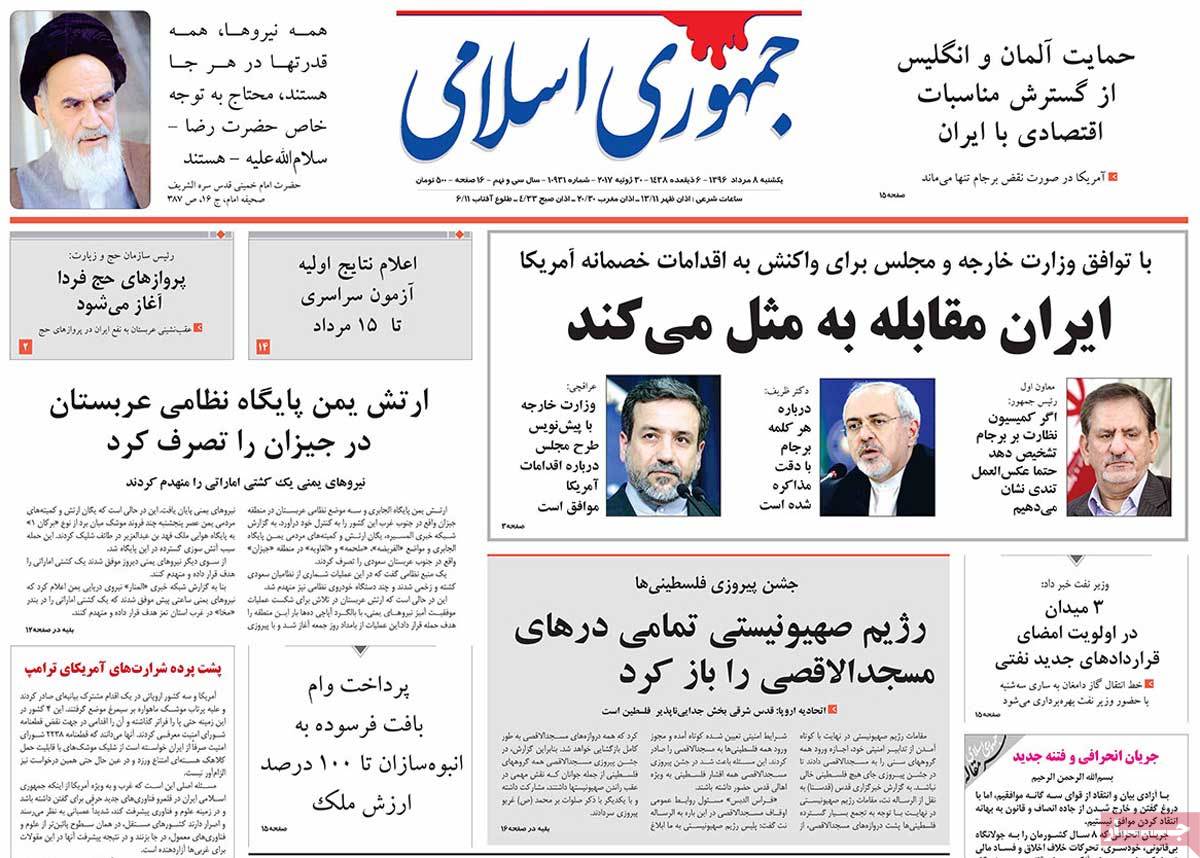 1- Those Used to Embellishing US Are Now Giving Them Orientation for Sanctions!

2- Total: We Received Green Light from Saudi Arabia before Signing Deal with Iran

3- Pyongyang: Entire US Now within Range of Our Missiles 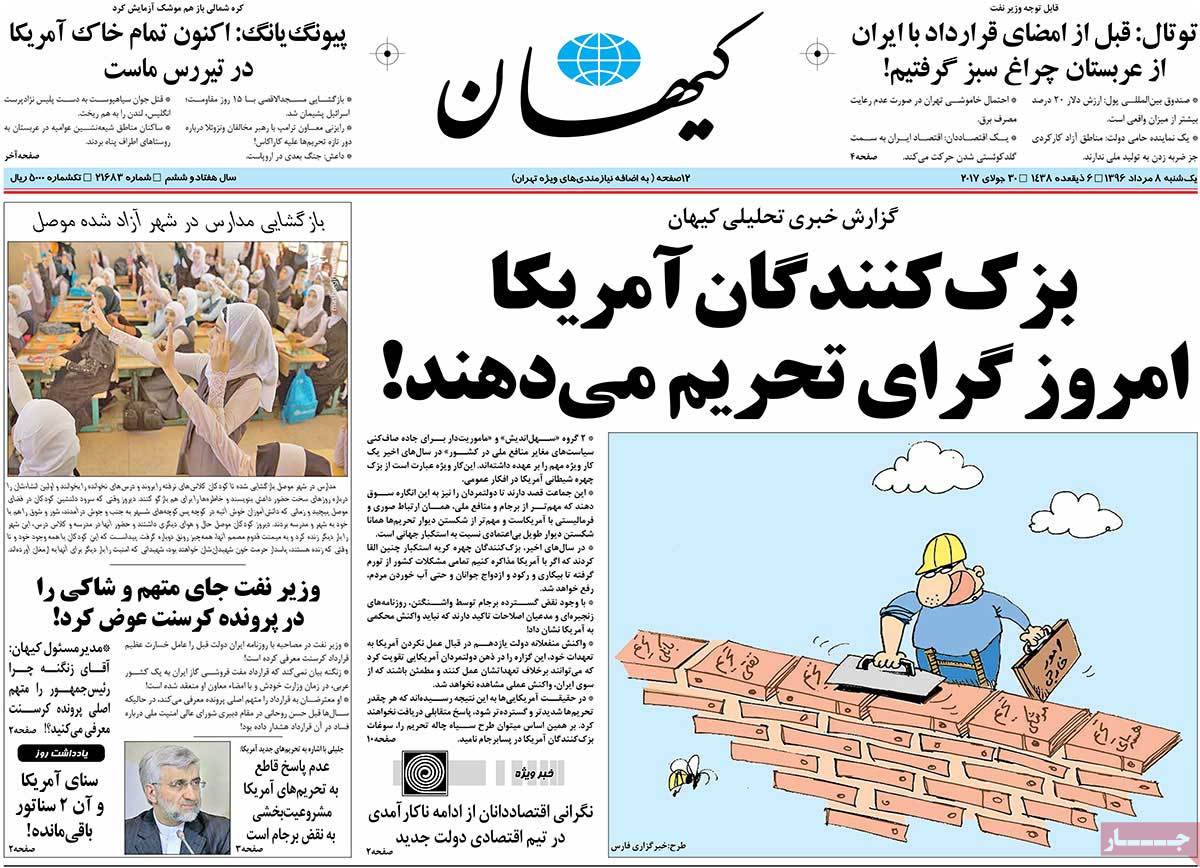 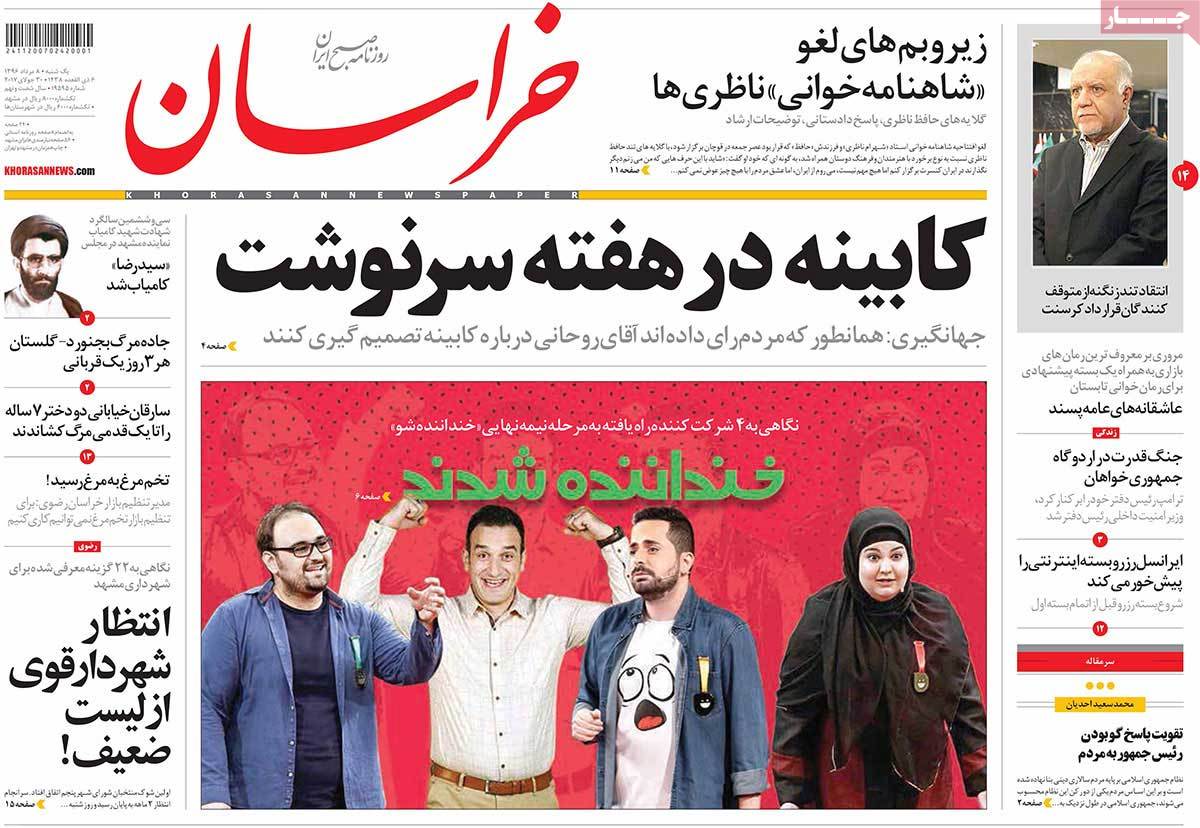 1- Jungle of Trash: A Report on Garbage Accumulation in Mazandaran Province

2- Will Users Stop Using Telegram after Transfer of Servers to Iran? 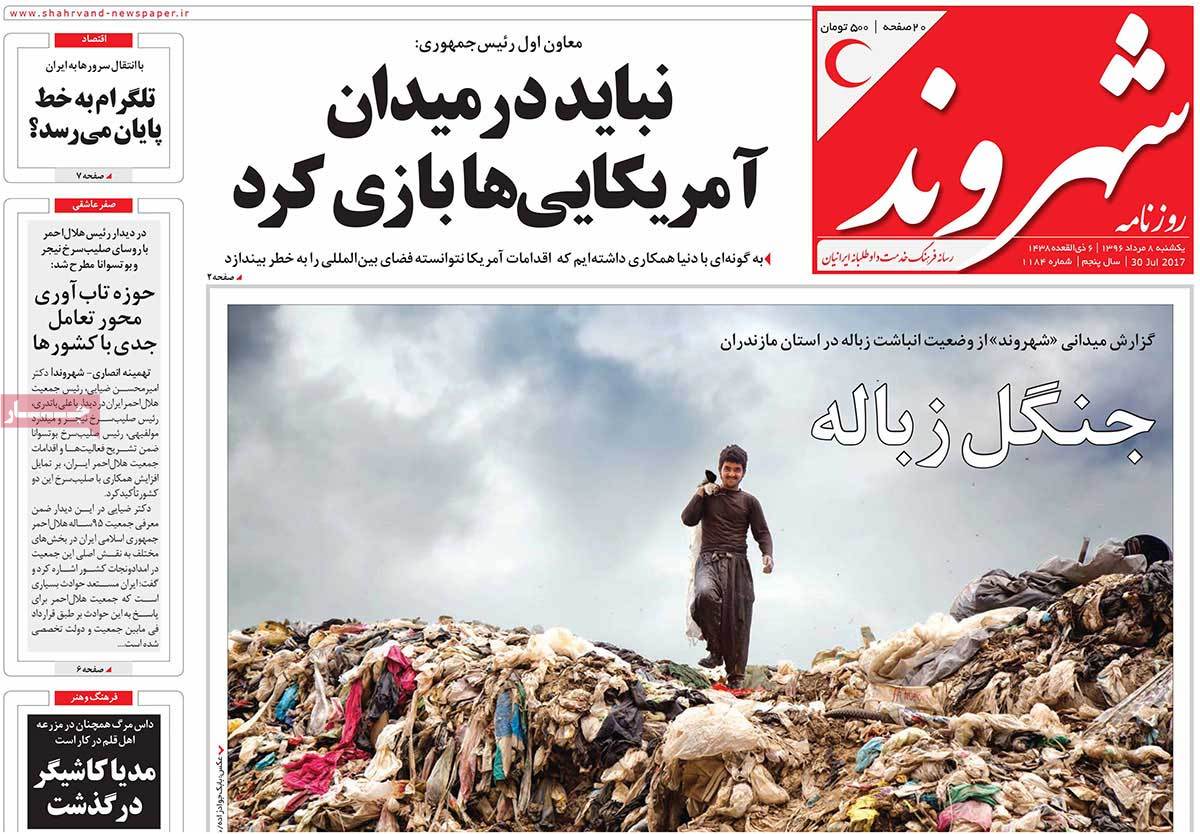 1- Cabinet without Zanganeh: Who Will Be Removed from, Added to Cabinet 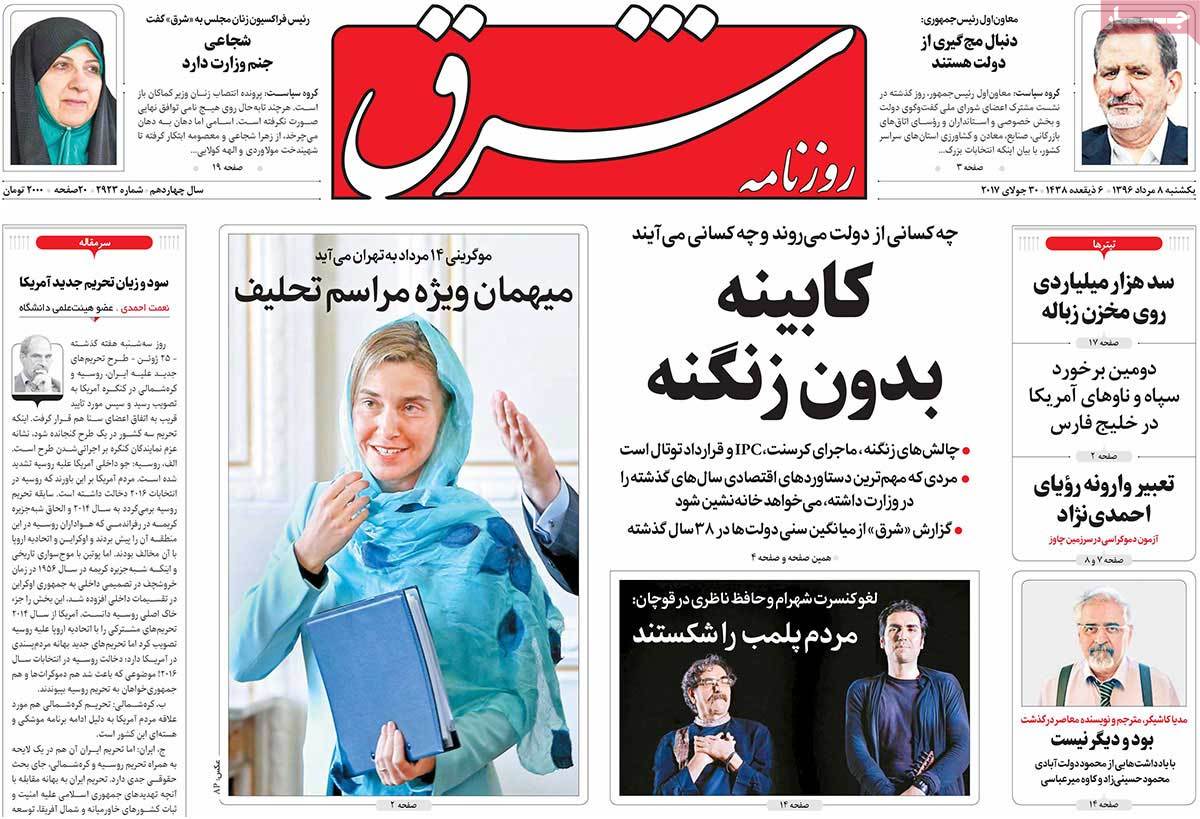 1- Face to Face with Satan: In Less than 5 Days, Iranian, US Navies Encounter Once Again 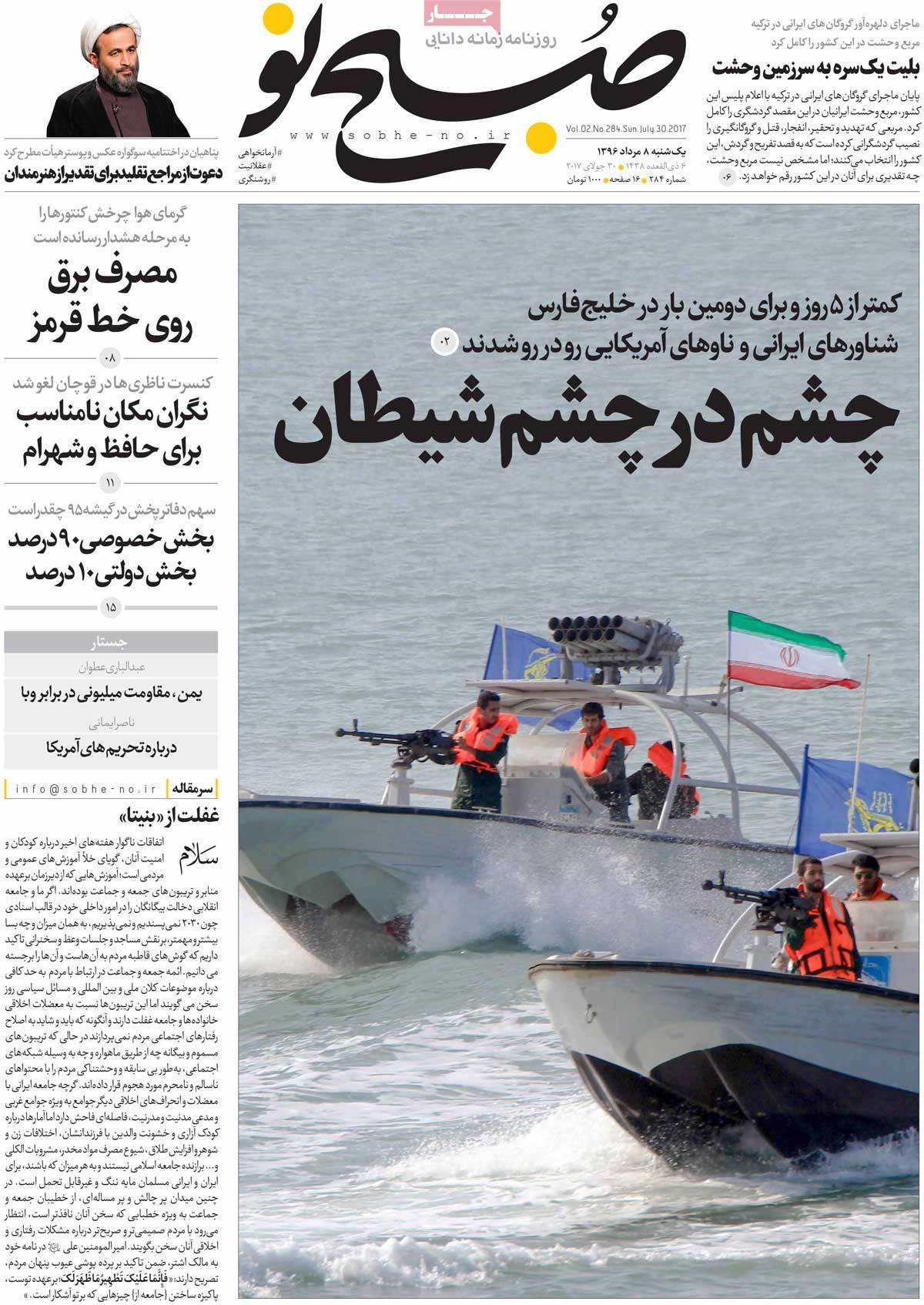 1- Comedy, Scorsese, Ageing, Trump in Interview with De Niro: The Stupid President We Got 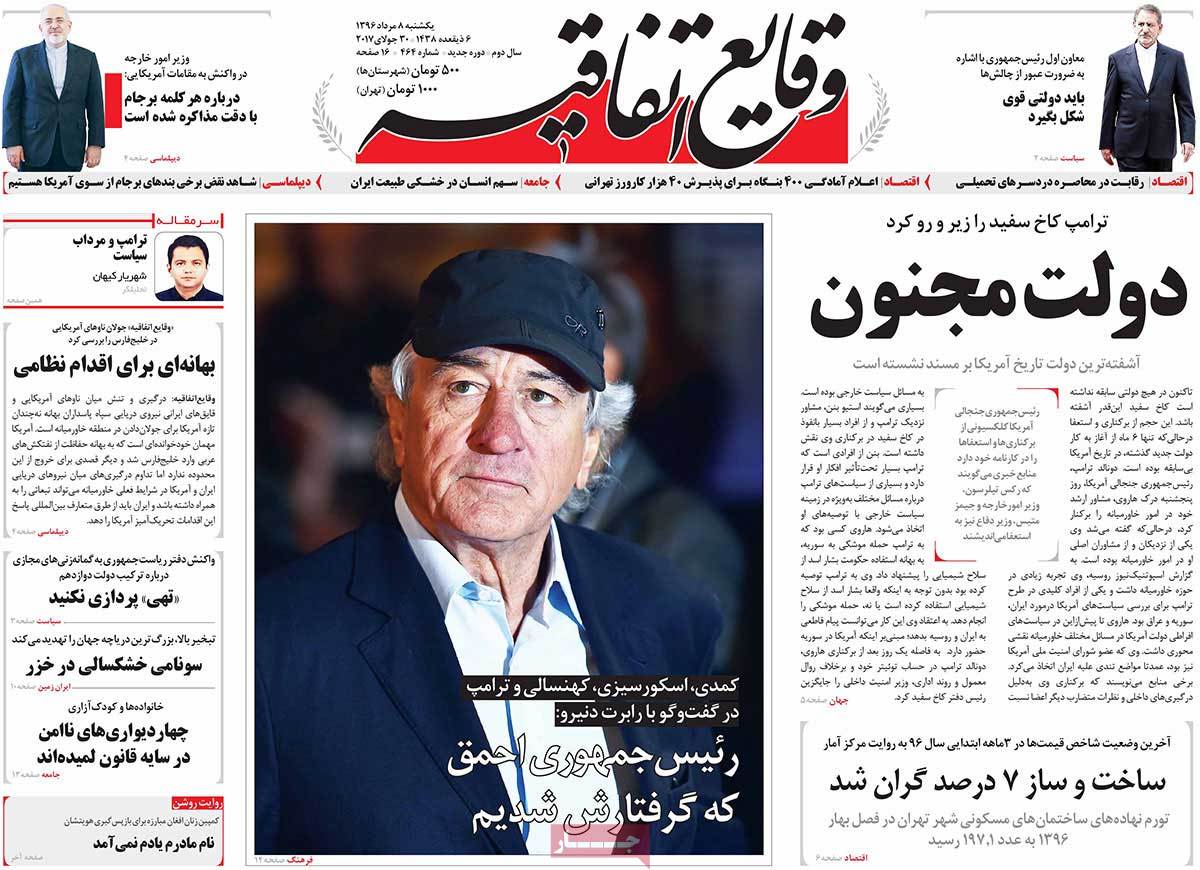