A Look at Iranian Newspaper Front Pages on July 29

Iran Front Page- IFP has taken a look at the front pages of Iranian newspapers on Saturday, July 29, and picked headlines from 14 of them. IFP has simply translated the headlines and does not vouch for their accuracy.

The top story today was Iran’s test-launch of Simorgh satellite carrier, and the opening of the country’s space centre for future launches.

Newspapers also covered a statement by the office of the Leader of Iran’s Islamic Revolution Ayatollah Seyyed Ali Khamenei, which rejected the media reports about the Leader’s interference in selection of all cabinet members. The statement stressed that only the ministers of foreign affairs, defence, and intelligence are selected after coordination with the Leader.

The reactions to the US Congress’ anti-Iran sanctions bill also remained a top story in today’s newspapers.

3- Larijani: New US Sanctions Not to Harm Iran 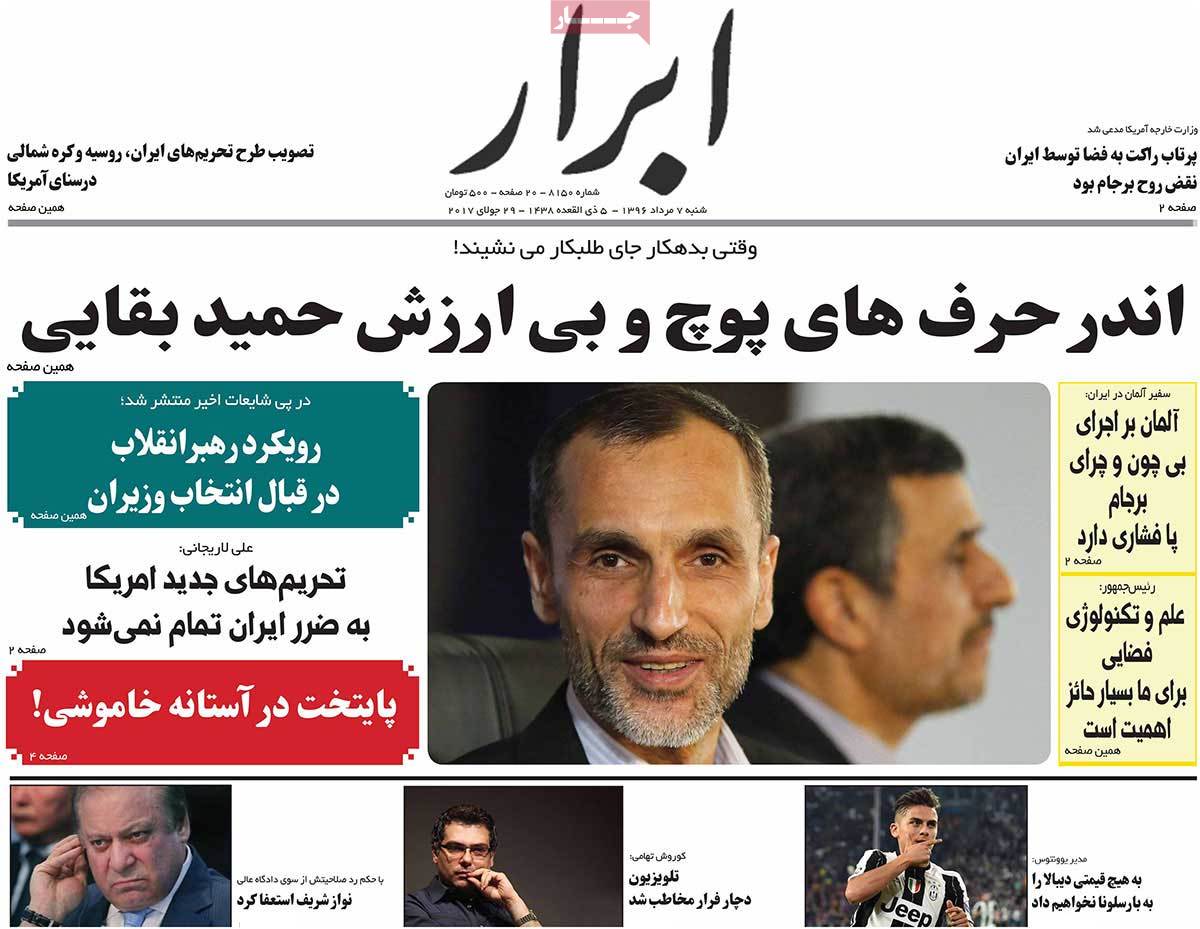 1- Tehran on Verge of Blackout

2- German Ambassador: 50% Increase in Germany’s Exports to Iran after JCPOA 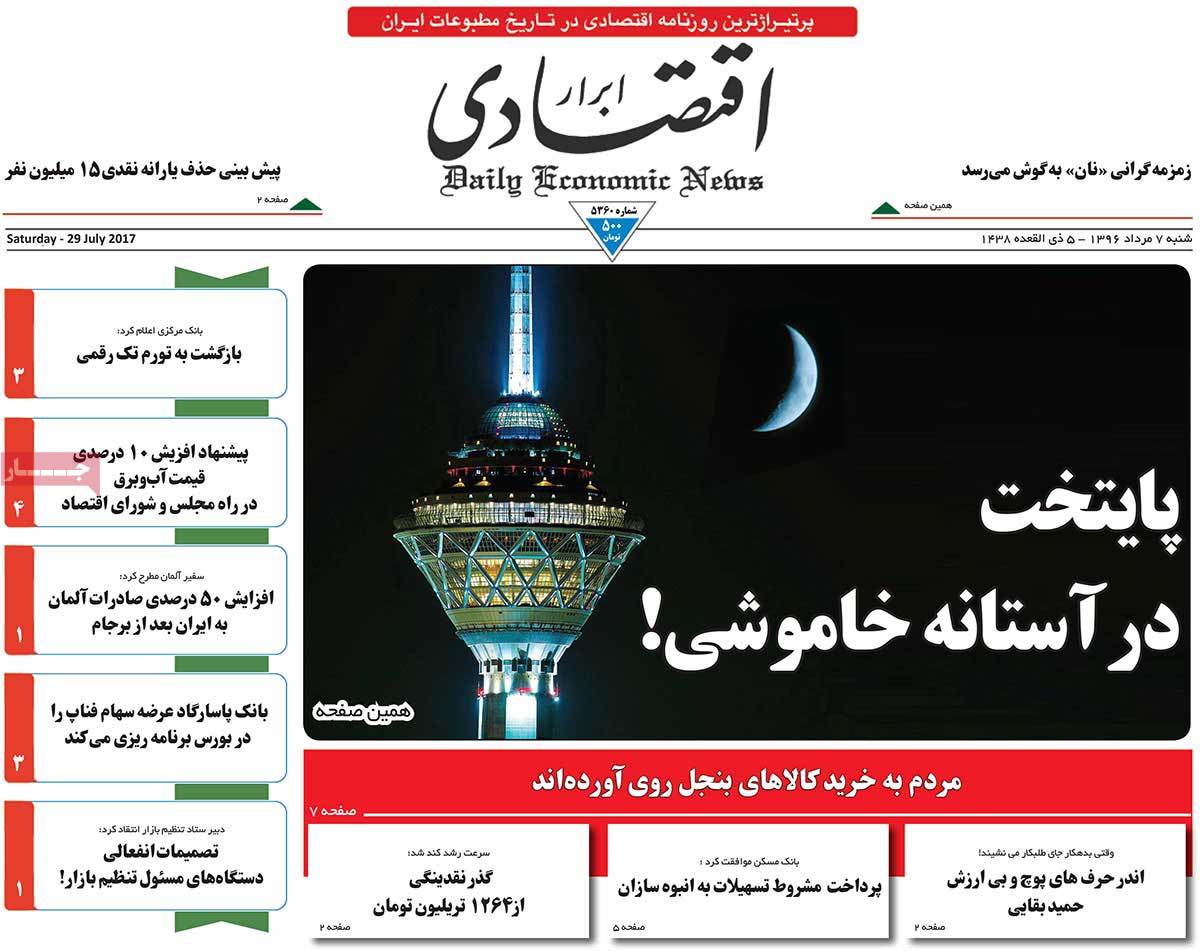 2- Story of These Two Women 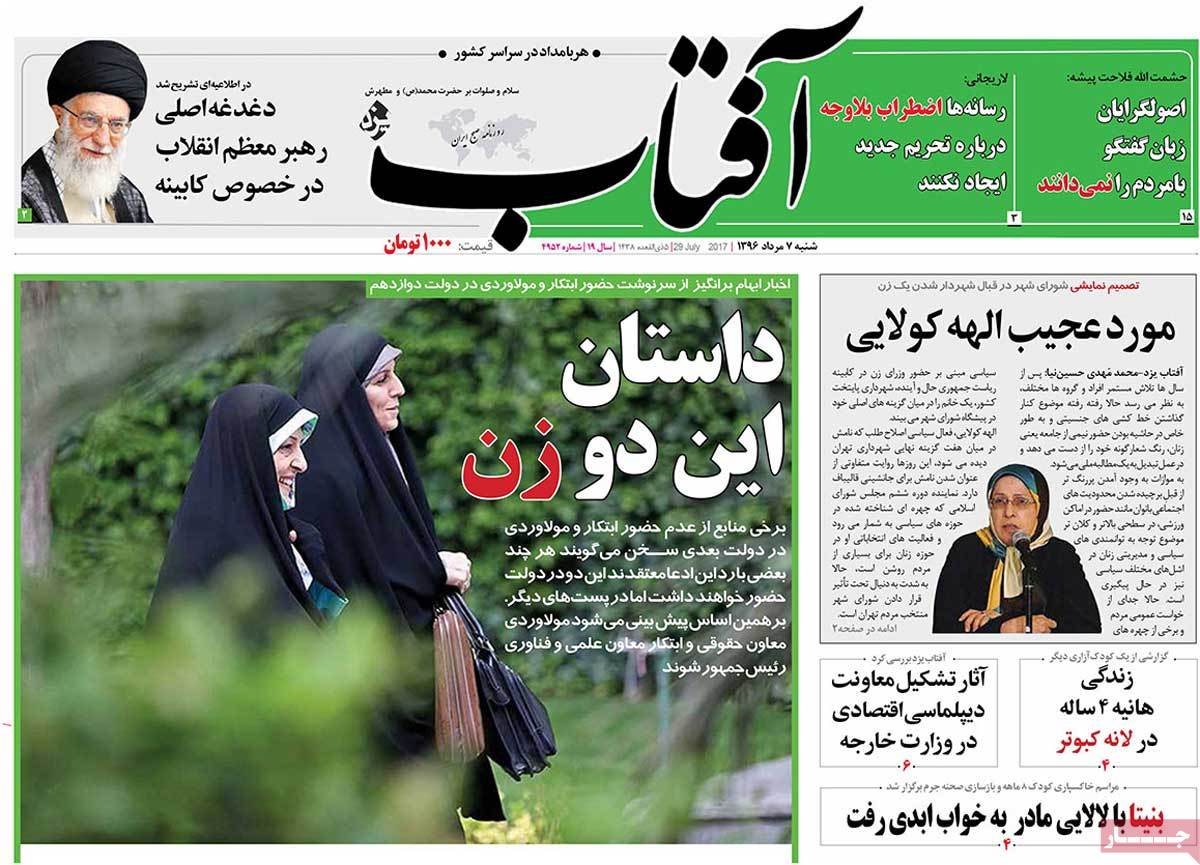 2- A Report on Next Cabinet: The Ministers Who’ll Keep Their Posts 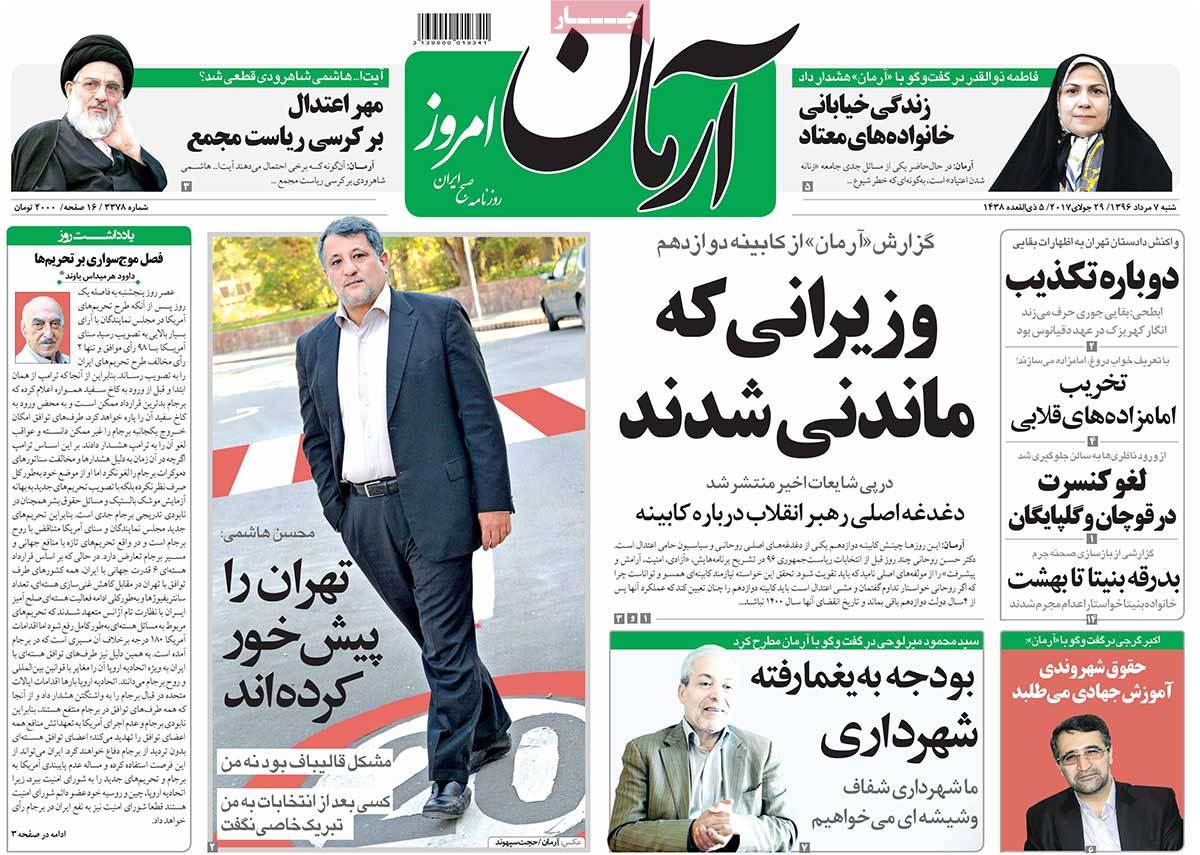 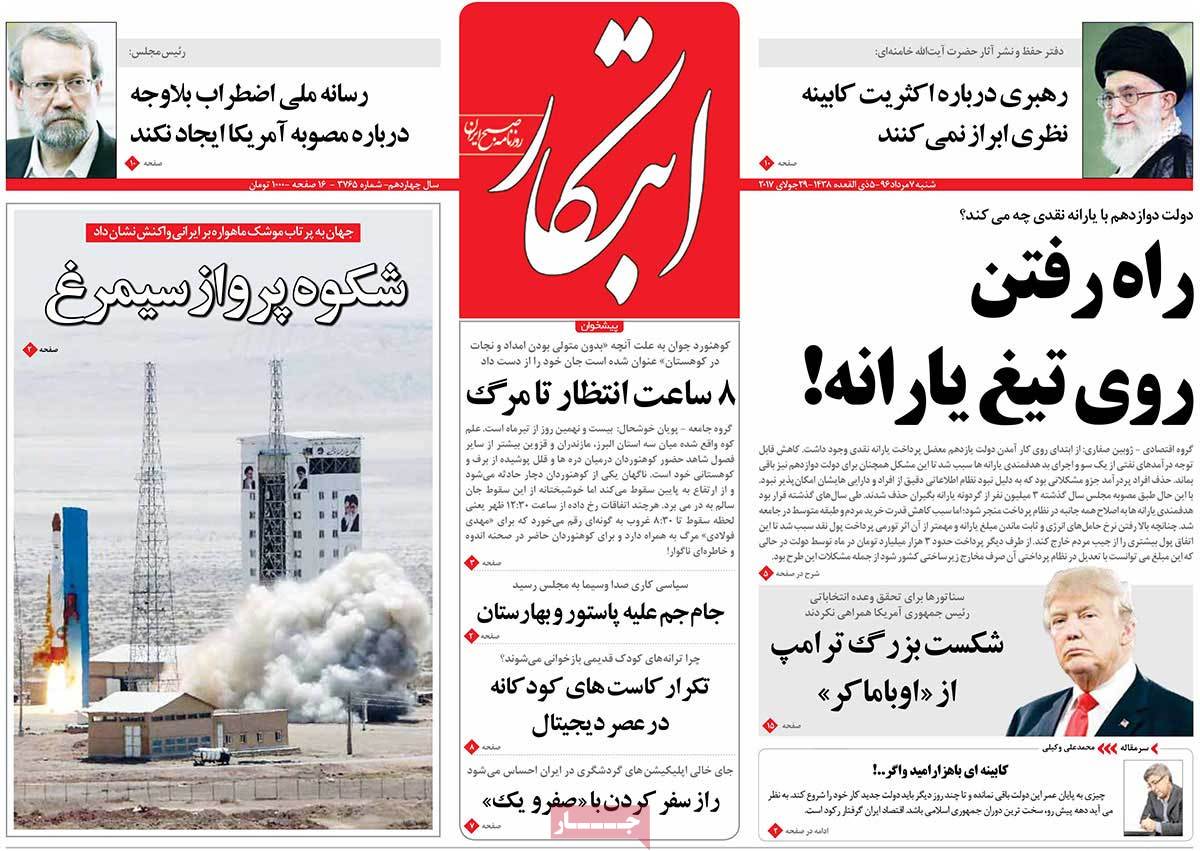 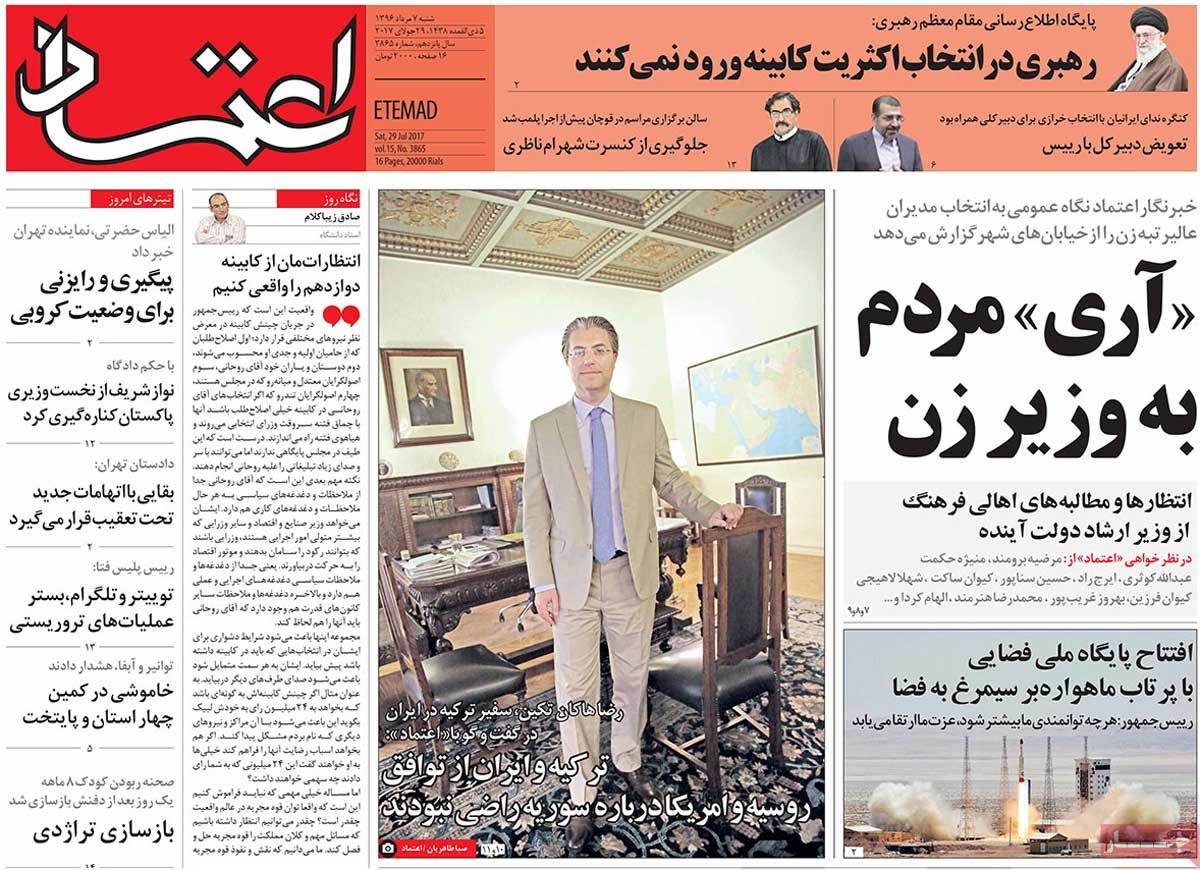 3- Larijani: We Should Stay United, Stand against US Sanctions 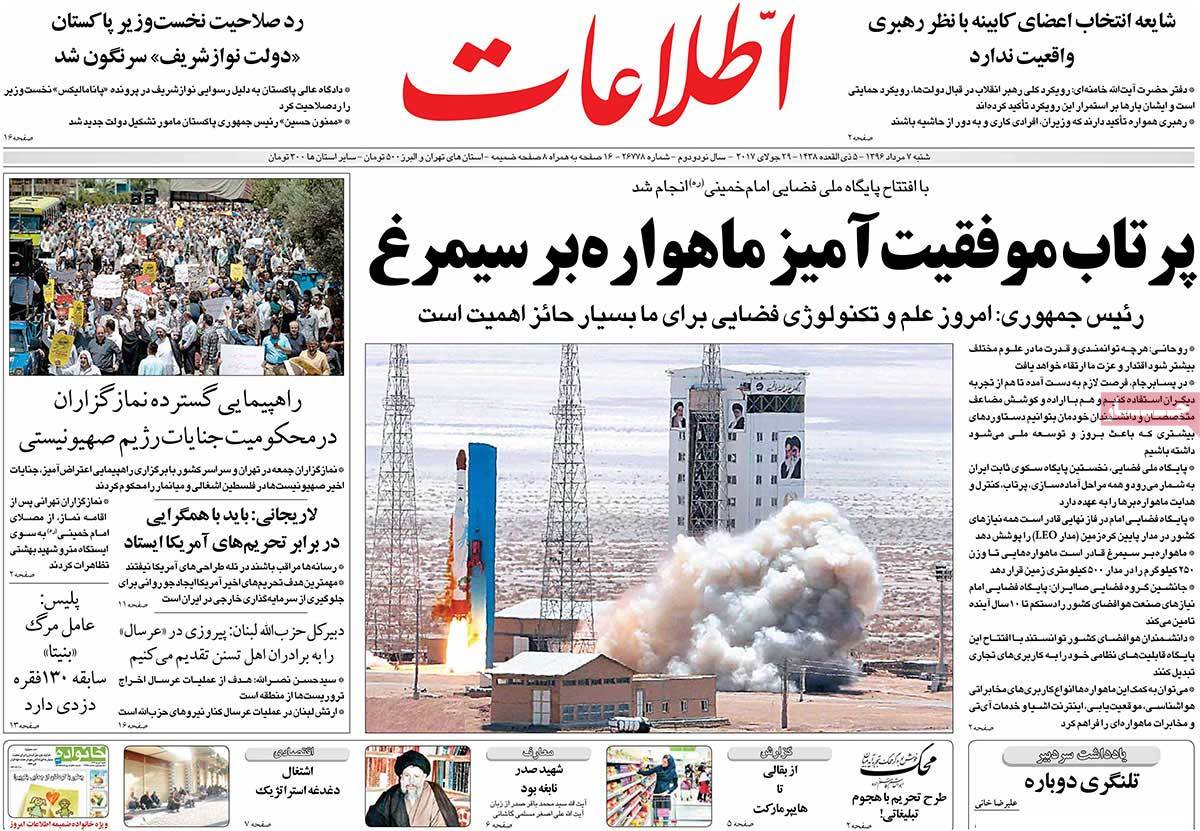 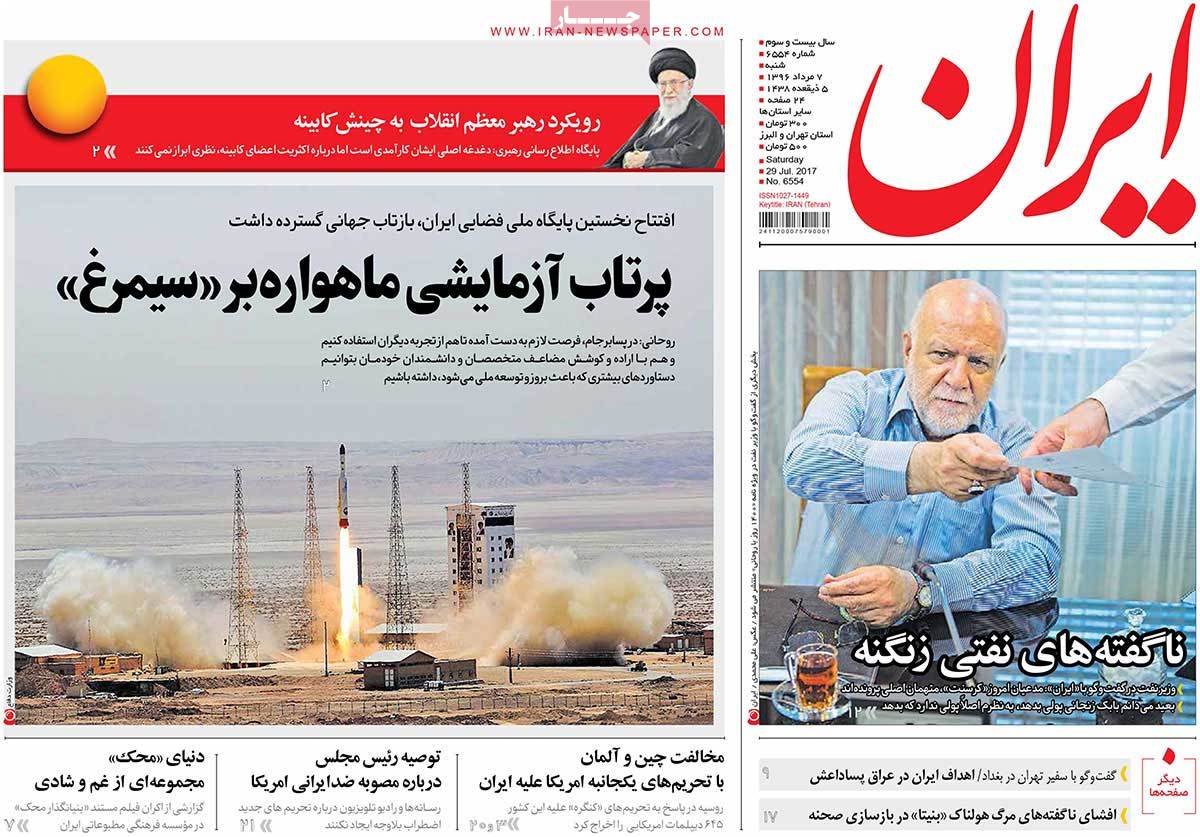 3- US Wants Iran to Pay Expense of Tearing Apart JCPOA 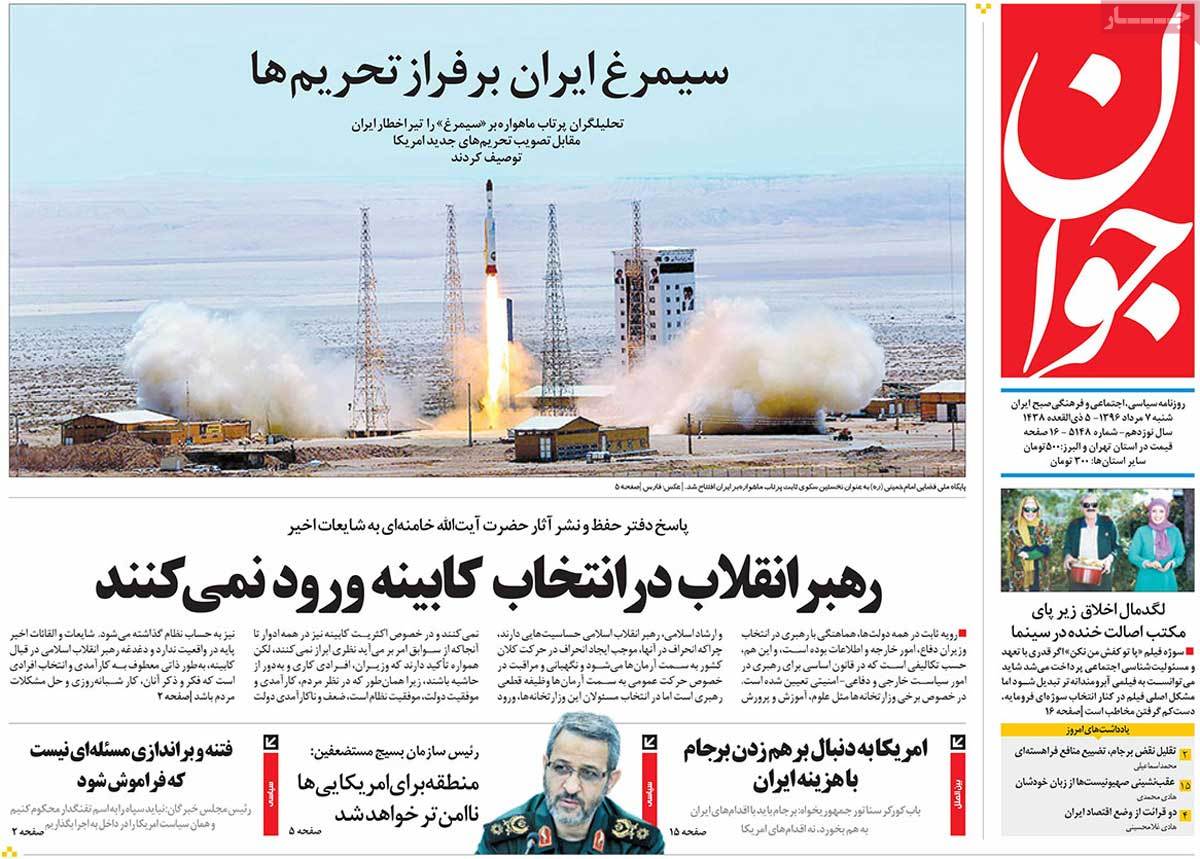 3- Victorious Presence of Thousands of Palestinian Worshippers in Aqsa Mosque 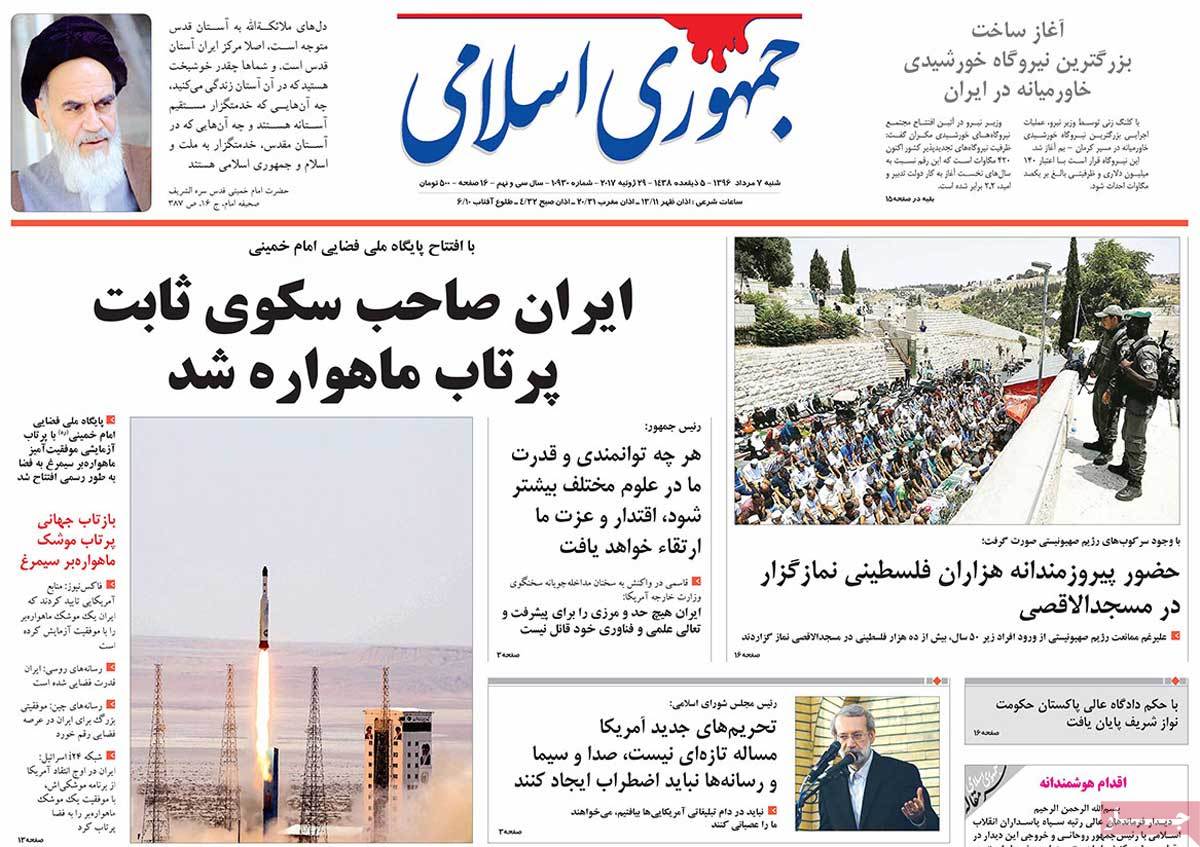 1- Distorting New US Sanctions Move to Deceive People, Help US 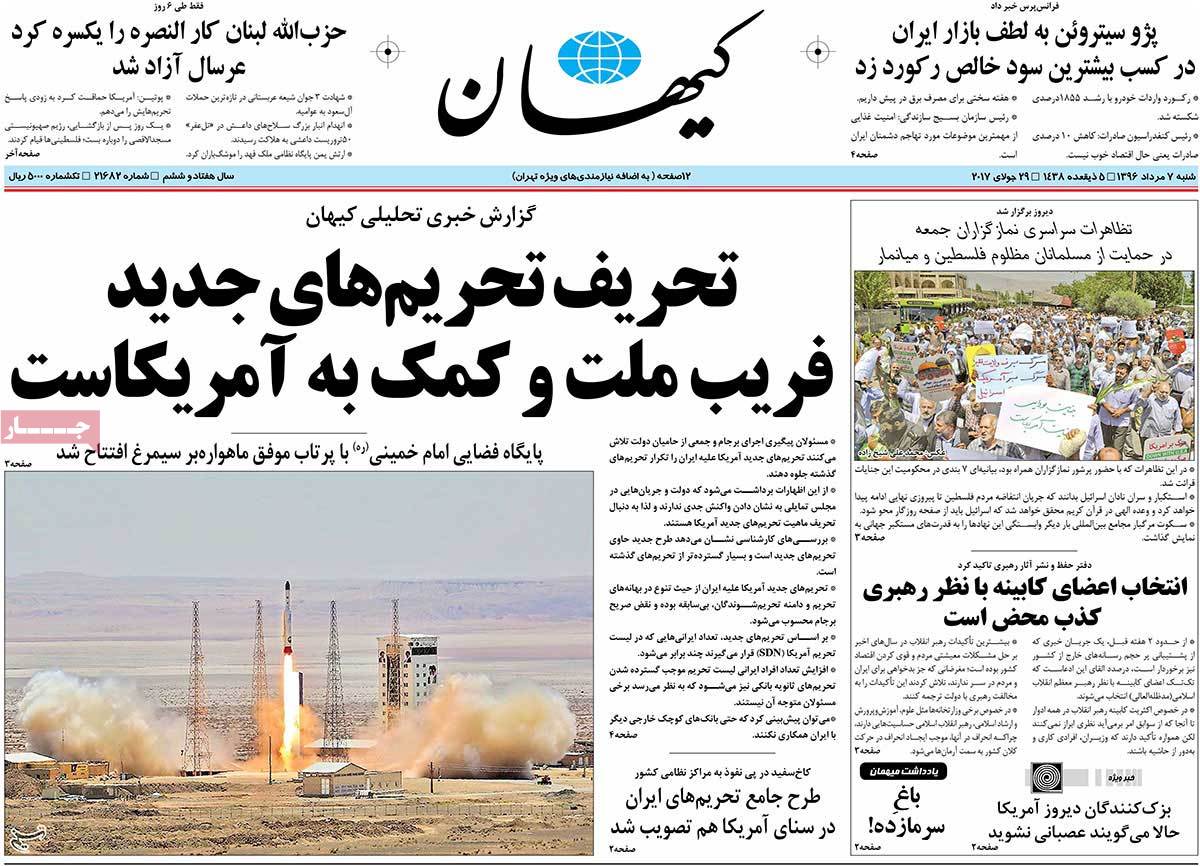 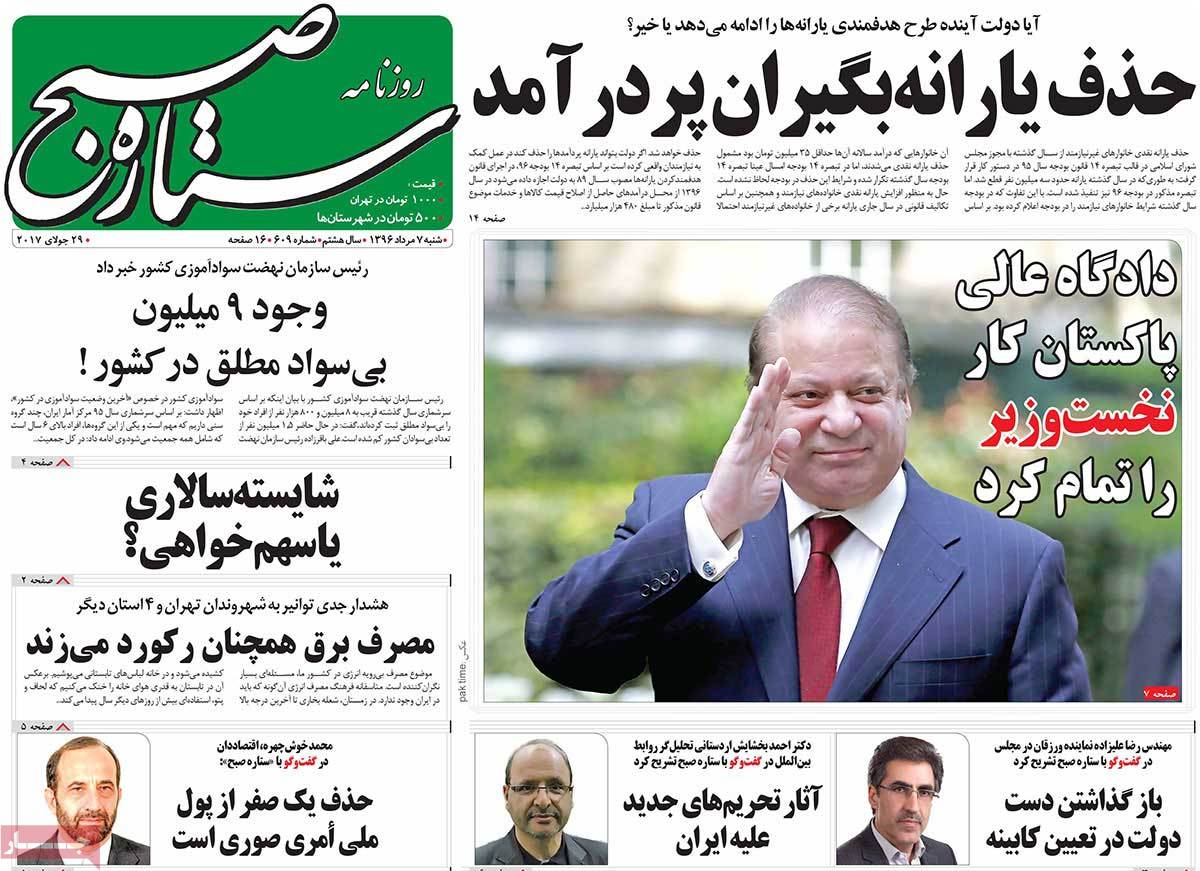 2- Which Ministers Are Selected after Coordination with Leader? 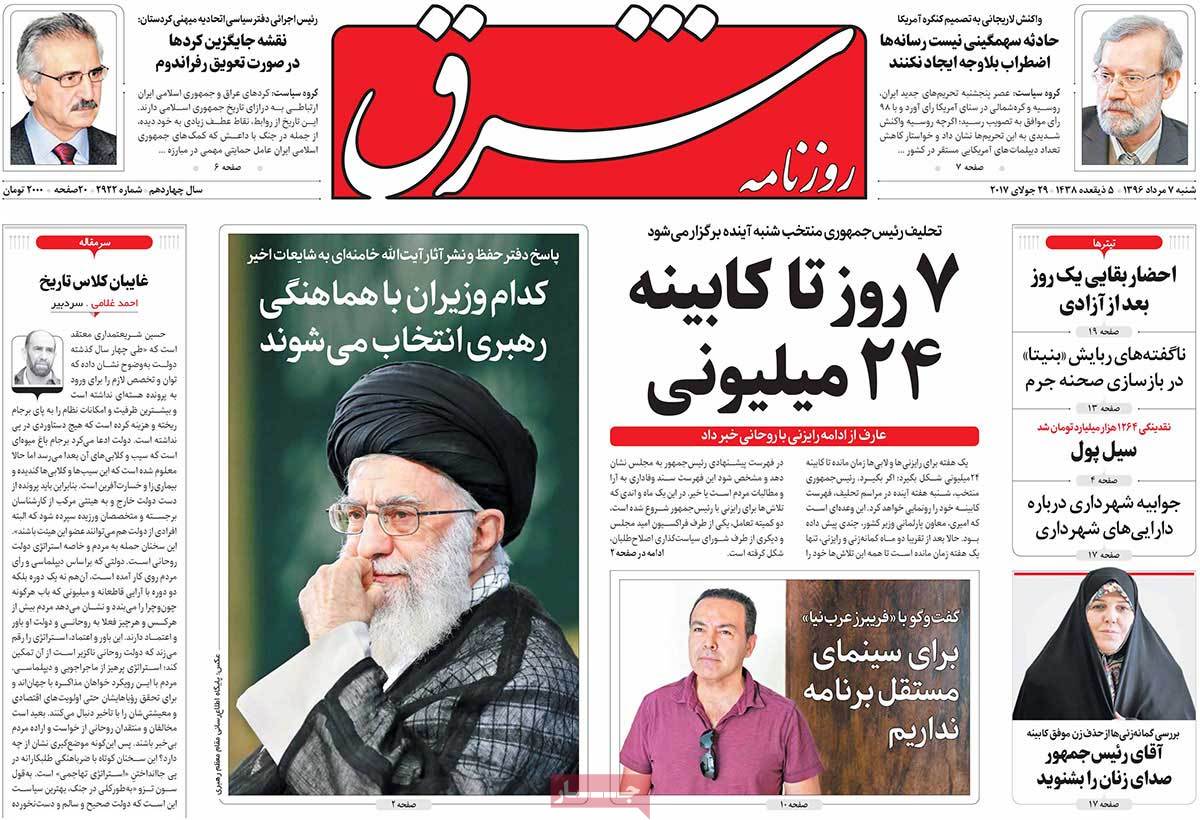