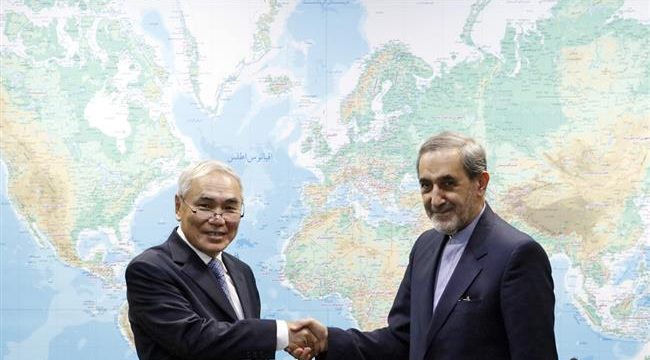 Press TV- A senior official says Iran will respond to any failure on the part of the US to meet its commitments under the 2015 nuclear agreement, to which Washington is a signatory.

Ali Akbar Velayati, the senior adviser to Leader of the Islamic Revolution Ayatollah Seyyed Ali Khamenei on international affairs, made the remarks after a meeting with China’s Special Envoy for Syria Xie Xiaoyan in Tehran on Saturday.

“Undoubtedly, the US breach of the JCPOA won’t go unanswered,” he said, referring to the nuclear deal, officially called the Joint Comprehensive Plan of Action.

He said the supervisory committee on the implementation of the nuclear accord would discuss the US non-compliance and make a collective decision after hearing the results of the eighth meeting of the Iran-P5+1 Joint Commission in Vienna this week.

The nuclear agreement was inked between Iran and the P5+1 countries — namely the US, Russia, China, France, Britain, and Germany — in July 2015 and took effect in January 2016.

Under the deal, which was later endorsed by a UN Security Council resolution, limits were put on Iran’s nuclear activities in exchange for the removal of all nuclear-related bans imposed on the Islamic Republic, among other things.

The administration of US President Donald Trump, which took over in January 2017, one year after the JCPOA came into force, has however slapped sanctions on Iran over its missile program in violation of the nuclear deal.

Elsewhere in his comments, Velayati said Kuwait’s recent move to downgrade its ties with Iran came under Saudi, US and Israeli pressure.

“It is in the interest of the Kuwaiti government and nation to manage their relations with Iran based on good neighborly relations,” rather than endangering the country’s national interests under pressure from the Saudis and others, he said.

On Thursday, Kuwait shut down the Iranian cultural mission and ordered the Iranian ambassador to Kuwait City and 14 other Iranian diplomats to leave the country, according to local media reports.

The decision came after Kuwait convicted a group of men, claiming they were spying for Iran and Lebanon’s Hezbollah – charges both Tehran and the resistance movement have rejected.