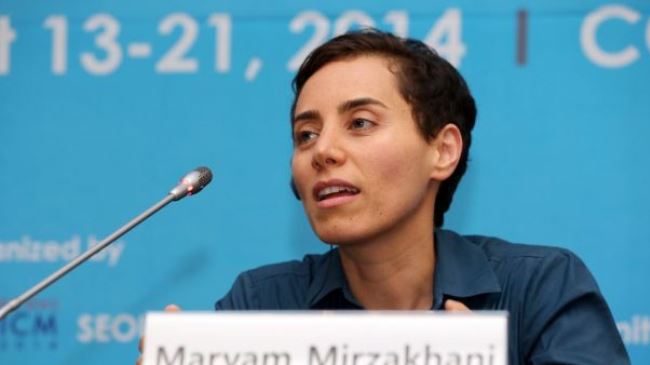 The Guardian | Martin Bridson: Iranian mathematician who was the first woman to win the Fields medal

In 2014 the Iranian mathematician Maryam Mirzakhani, who has died aged 40 of cancer, was awarded the Fields medal, the discipline’s most celebrated prize. The 52 previous recipients had all been men. Maryam won it “for her outstanding contributions to the dynamics and geometry of Riemann surfaces and their moduli spaces”.

Surfaces are basic objects in mathematics, appearing in many guises. The surface of our planet is a sphere, but from local observations alone one cannot be sure of this: the Earth could be shaped like a bagel, for example, or a bagel with a few handles attached. A bagel-like surface is known in mathematics as a torus.

To make a torus, one can take a square piece of material and glue the bottom edge to the top to form a cylinder, then bend the cylinder and glue its ends together. A less distorted view of the torus is obtained by thinking of a square video screen with a character that wanders off the top only to reappear at the bottom directly below where it exited, and then wanders off the left edge but reappears at the right, moving with the same speed and direction at the same height. This character is living on a flat torus.