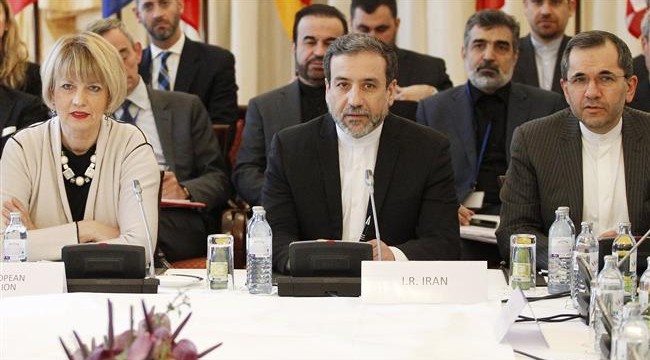 Press TV – The European Union (EU) says economic engagement with Iran has been ongoing since a multilateral nuclear deal with the country despite “existing challenges,” an apparent acknowledgement of the United States’ attempts to throw a wrench into the works.

The EU’s deputy political director, Helga Schmid, made the remark in a statement on Friday after a session of the Joint Commission monitoring the implementation of the 2015 nuclear deal between Iran and six other countries, known as the Joint Comprehensive Plan of Action (JCPOA).

“Information was shared confirming that, despite existing challenges, there has been a consistent trend of economic engagement as reflected by the latest announcements of major trade and investment deals,” she said.

Schmid released the statement in her capacity as the meeting’s chair and the representative of the EU, which coordinated on behalf of Iran’s interlocutors during the negotiations that led to the deal.

The JCPOA was finalized between the Islamic Republic on the one side and the US, the UK, France, Russia, China, and Germany on the other. It terminated all nuclear-related sanctions against Iran in return for certain measures by the Islamic Republic to limit its nuclear program.

Iran has recently complained that the US, as a party to the deal, has been violating both the text and the spirit of the accord. Specifically, Iran has pointed to US President Donald Trump’s attempts during a summit of the G20 in Germany to urge European countries not to do business with Iran.

Such action was in violation of stipulations within the JCPOA, according to which the US and the EU must “refrain from any policy specifically intended to directly and adversely affect the normalisation of trade and economic relations with Iran.”

The parties to the deal are also obligated to “agree on steps to ensure Iran’s access in areas of trade, technology, finance and energy.”

Washington has also prevented the deal from fully yielding intended results by refusing to offer international financial institutions the guarantees they need in order to restore transactions with Iran.

Schmid’s reference to “existing challenges” seemed to be a tacit acknowledgement of such attempts by the US to impede trade relations with Iran.

Trump has been skeptical of the deal, which was negotiated and finalized under his predecessor, Barack Obama. Trump has previously threatened to rip up the agreement, but his administration has twice so far certified Iranian compliance with the deal, including most recently on Monday. Such certification, which is made to the US Congress, entails the continued withholding of certain nuclear-related sanctions against the Islamic Republic.

But there have been indications that Trump remains dissatisfied with the state of affairs and may unilaterally pull the US out of the deal. US media labeled his administration’s recent certification of Iranian compliance as having been made “reluctantly” and “grudgingly.” Reports said he agreed to the recertification after an hour-long, heated debate with his top aides and after he received “the consensus recommendation of his national security team.”

Trump has also ordered a “review” to see whether continued sanctions relief is in the US’s “national interest.” His administration has also imposed other sanctions on Iran over its missile activities and other pretexts, and has adopted a “strategy” in what it says is meant to confront the “totality” of Iranian behavior.

Those moves are generally viewed as attempts to ratchet up pressure on Iran while Trump remains under pressure to stick to the deal for the time being. The EU and the other parties to the JCPOA have all been stressing commitment to the agreement. The EU, in particular, has issued strong statements to stress that the deal should stand and that no single country should act unilaterally.

In her Friday statement, Schmid said she “underlined the need to implement the JCPOA in good faith and in all its provisions” during the Joint Commission session.