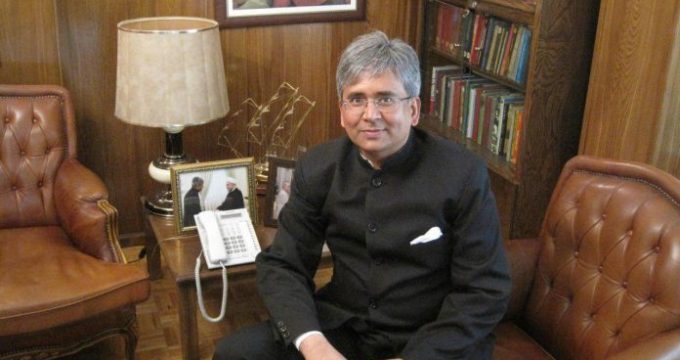 India willing to use capacities of Iranian FTZs: Indian envoy

IRNA – Ambassador of Indian to Iran Saurabh Kumar said on Sunday that India is seeking to establishing direct ties between Anzali and Chabahar free trade zones to benefit from their capacities.

Kumar made the remarks in a meeting with Managing Director of Anzali Free Zone Reza Masrour.

Iran and India are historically very close and the two countries should try to modernize their ties, he said.

Kumar added that India is to find access to and establish proper relations with the Commonwealth of Independent States (CIS), AKA Russian Commonwealth, and the West Asia region because New Delhi considers them as its neighboring countries. He added that the two Iranian FTZs play a vital role to help India reach this goal.

Bandar-e Anzali or Anzali Port is an Iranian harbor town in northern Gilan Province locating on the southern coast of the Caspian Sea. Bandar-e Anzali is one of the most important seaports in the north of Iran and a FTZ.

Chabahar is a city and a Free Trade Zone in the southeastern Sistan and Baluchestan Province lying on the northern coast of the Gulf of Oman.

The Managing Director of Anzali Free Zone said in the meeting that relying on the capabilities of Anzali FTZ, Indian investors can make a good use of CIS economic opportunities through legal exemptions and Iran can help them through making joint companies between Iranian and Indian private sectors.