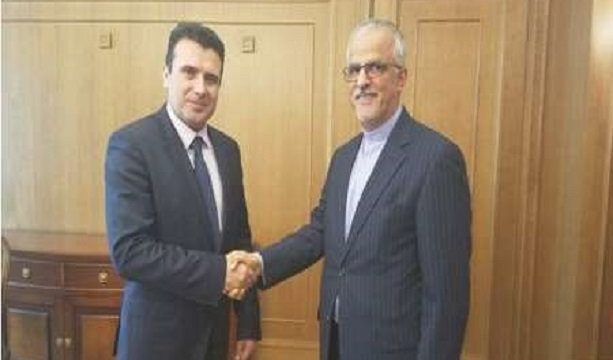 MNA – Macedonian Prime Minister Zoran Zaev said on Friday that his country seeks to promote its life standards and provide better livelihood to its nation through enhancing ties with other countries such as Iran.

Zaev made the remarks in a meeting with Iran’s Ambassador to Macedonia Hossein Karimi in Skopje, capital city of the country and voiced his government’s interest to establish political communications in higher levels, especially with Iran, as well as regular consultations on issues of mutual interest.

He added that his administration has prioritized solving problems with neighbors and paving the way for joining regional coalitions.

Karimi said friendly ties between the two countries had an upward trend and should go even further hereafter.

He underlined that lack of political disputes, joint economic interests and numerous cultural commonalities are among the contributors to bilateral relations.