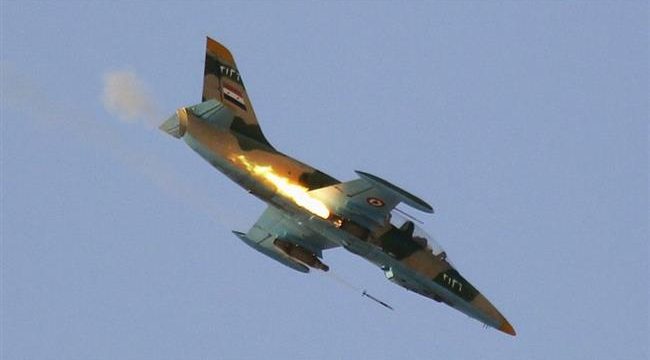 SANA – Army and Armed Forces units clashed with ISIS terrorists on the southern and western axes of Deir Ezzor city and the surroundings of the Military Airport, where many of the terrorists were either killed or injured and their weapons destroyed.

SANA’s reporter said that the Syrian Air Force carried out intensive airstrikes on the hideouts and movements of ISIS terrorists in the areas of al-Huseinia, al-Bogheilia, the Panorama, Hattla, Marat, and Mazloum, inflicting heavy losses upon the terrorists in personnel and weaponry.

In the meantime, several mortar shells fired by the terrorists landed in the neighborhoods of al-Joura, al-Qosour, and Harabesh, causing huge material damage, but no casualties were reported.

The sources said that a group of locals attacked the so-called “al-Hisba Headquarters” in al-Hajin town in the eastern countryside, killing a terrorist and injuring two.