Any move against Iran vessels to cost aggressors dearly: Commander

Tasnim – The Islamic Revolution Guards Corps Navy commander warned the enemies of the heavy costs they would have to pay in case of any act of aggression against Iran’s watercraft in international waters, saying scores of IRGC vessels patrol the country’s southern waters around the clock.

“No one in the world dares to look askance at our (Iranian) ships,” Rear Admiral Ali Fadavi said on Wednesday.

He also reminded the adversaries that even the merest act of aggression against Iranian vessels would make them suffer dire consequences.

According to the commander, 97 IRGC vessels patrol Iran’s territorial waters in the Persian Gulf and the Strait of Hormuz around the clock, while a large number of the Iranian Navy’s military vessels are also present in the Sea of Oman.

The commander further bemoaned the fact that a number of ships owned by the National Iranian Tanker Company (NITC) and the Islamic Republic of Iran Shipping Lines (IRISL) fly flags of other countries, stressing that they must carry the Iranian flag with which they can travel “in complete safety.”

The Islamic Republic of Iran has always been against the presence of foreign powers in the Persian Gulf.

In December 2015, Leader of the Islamic Revolution Ayatollah Seyed Ali Khamenei underlined that security of the Persian Gulf region comes within the purview of the regional countries alone, and dismissed the US claim of seeking security in the region. 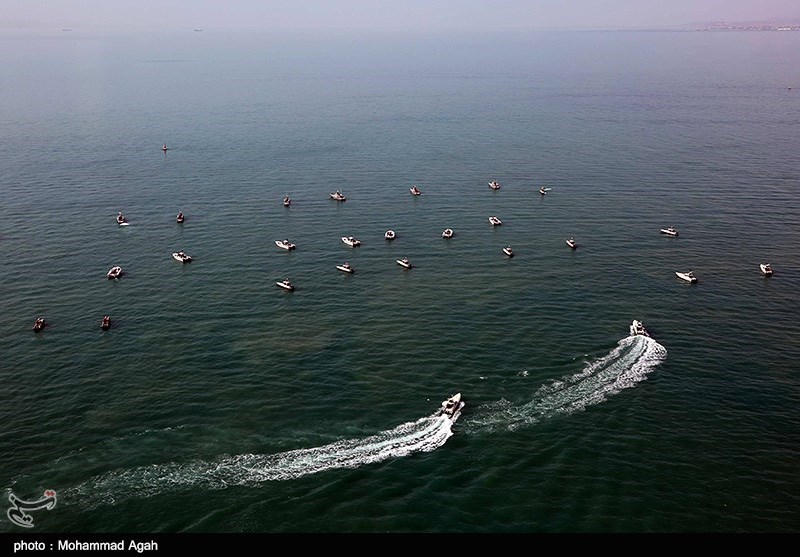 Also in 2016, the Leader hammered the US for its schemes against Iran’s military presence in the Persian Gulf and made it clear that the Islamic Republic will continue to demonstrate power at its home, the Persian Gulf.

“The Persian Gulf is the Iranian nation’s home…, and the coasts of the Persian Gulf and large parts of the Sea of Oman coasts belong to this strong nation,” Imam Khamenei said in May 2016.