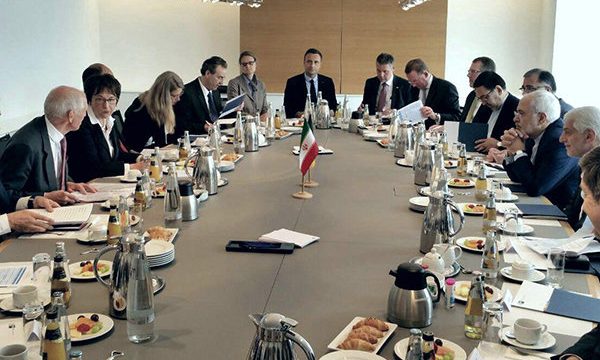 The announcement was made at a joint meeting between Iran’s Foreign Minister Mohammad Javad Zarif and German Minister for Economics and Energy Brigitte Zypries in Berlin on Tuesday.

Germany’s Zypries, at the session, pointed to the three-billion-dollar trade turnover between the two sides asserting that a large number of German people visit Iran annually which naturally leads to stronger economic ties.

Also at the meeting, Germany’s Hermes expressed readiness to take out insurance against new investment projects in Iran, especially in energy and power sectors.

Germany seeks to strengthen banking relations with Iran in a bid to bolster bilateral relations in all political and economic arenas.

Hermes cover is a common way of referring to an export credit guarantee (ECG) by the German government. These guarantees are an important part of German foreign trade policy and protect German companies in the event of non-payment by foreign debtors. The export credit guarantees of the Federal Republic of Germany offer an array of insurance options which are mainly targeted at exports to developing countries and emerging markets.