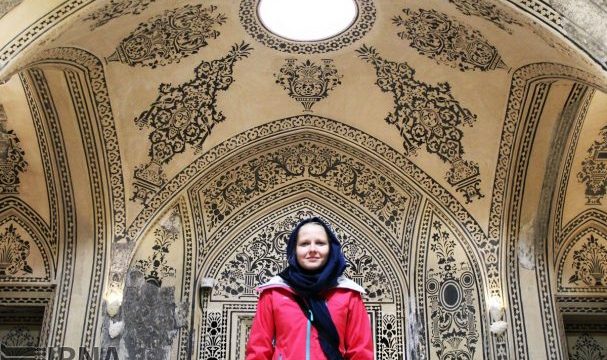 Al-Monitor | Maysam Bizaer: Tourism has been among the main sectors of the Iranian economy that immediately witnessed steady growth after the lifting of international sanctions last year as part of the 2015 nuclear deal.

With the rise in incoming travelers, the development and growth of Iran’s tourism industry has become one of the main focuses of the administration of President Hassan Rouhani. The country’s Tourism Vision 2025 Plan outlines the goal of increasing the country’s share of the world’s international tourists from 0.9% in 2004 to 1.5% by 2025, which would equal 20 million visitors and $30 billion in annual earnings. According to Iranian officials, more than 6 million foreign tourists visited the country in the previous Iranian calendar year that ended March 20, generating some $8 billion in revenue.

While the average age of tourists visiting Iran was about 60 only a few years ago, officials say the average age has decreased to between 45 and 50 as more young travelers visit the country. Indeed, Iran, which has been designated as the world’s cheapest travel destination by the World Economic Forum in three consecutive biannual reports, has become a new destination for backpackers who prefer to travel at lower cost and avoid luxury hotels and services.
Read more here