A Look at Iranian Newspaper Front Pages on June 24

Iran Front Page- IFP has taken a look at the front pages of Iranian newspapers on Saturday and picked headlines from 17 of them. IFP has simply translated the headlines and does not vouch for their accuracy.

The top story in Iranian newspapers today was the International Quds Day rallies held across Iran and the world to support the cause of Palestine and show opposition to the Israeli regime’s policies.

On the sidelines of the rallies, however, a group of hardliners insulted President Hassan Rouhani. The issue was widely covered by newspapers, with many critics of Rouhani’s administration even denouncing the attacks.

Another top story was the move by members of the Financial Action Task Force (FATF), including the EU and the US, to extend the suspension of banking and financial restrictions on Iran. 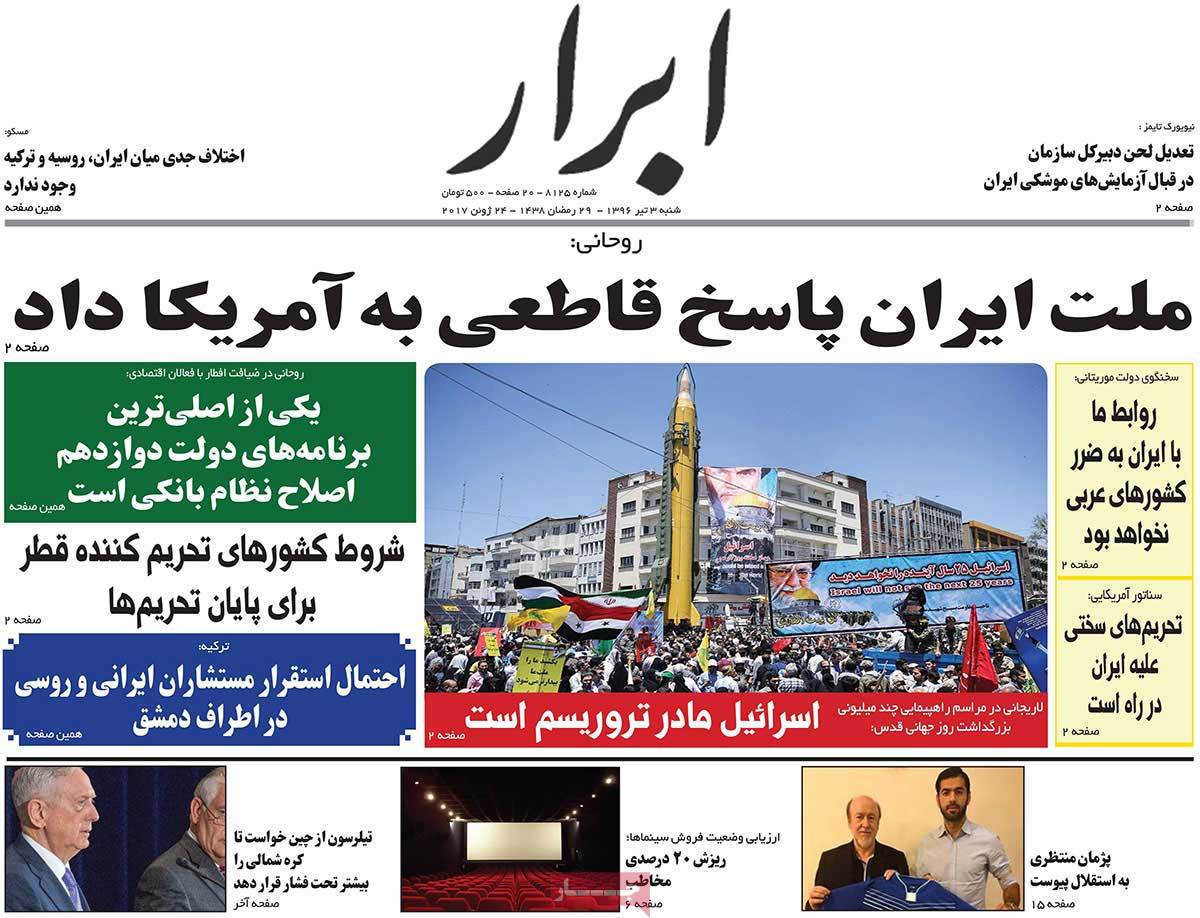 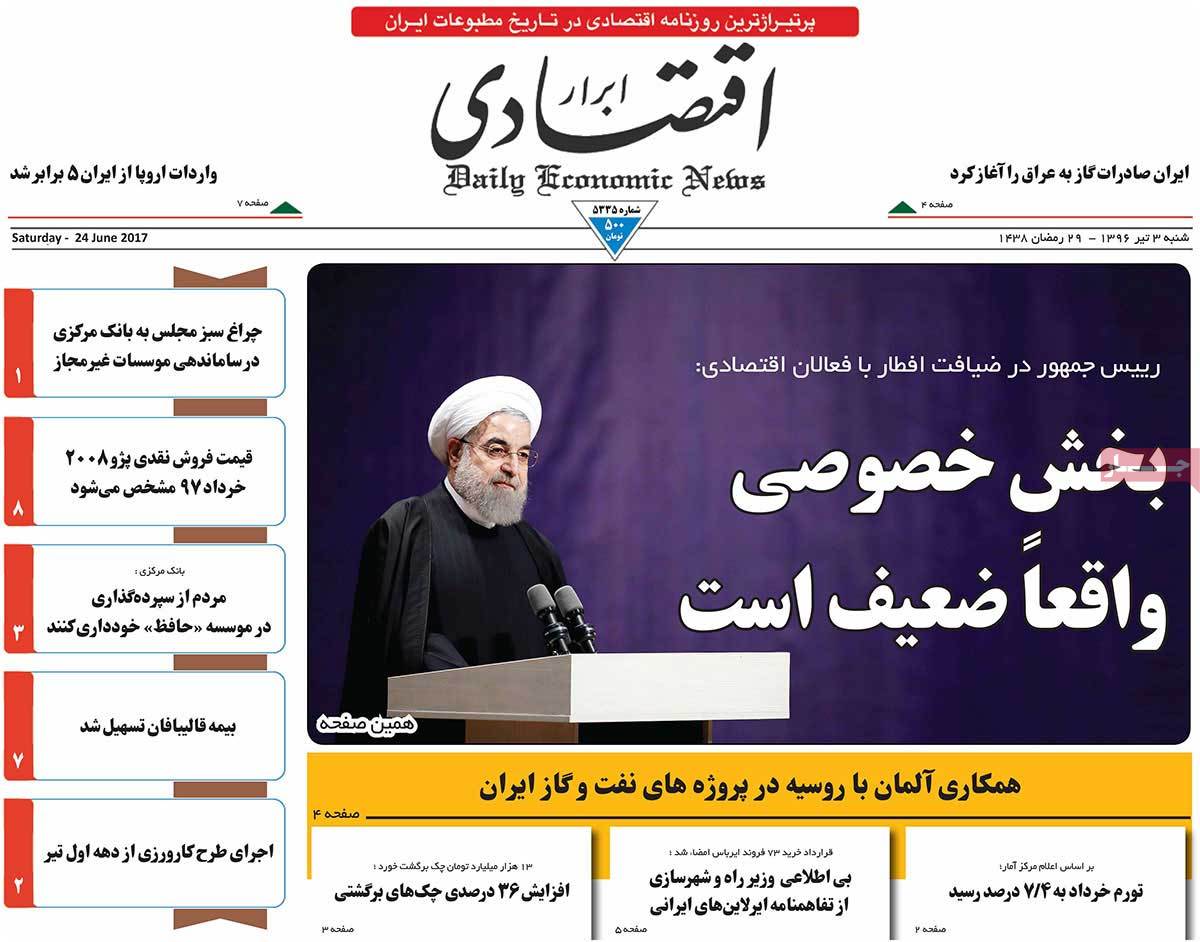 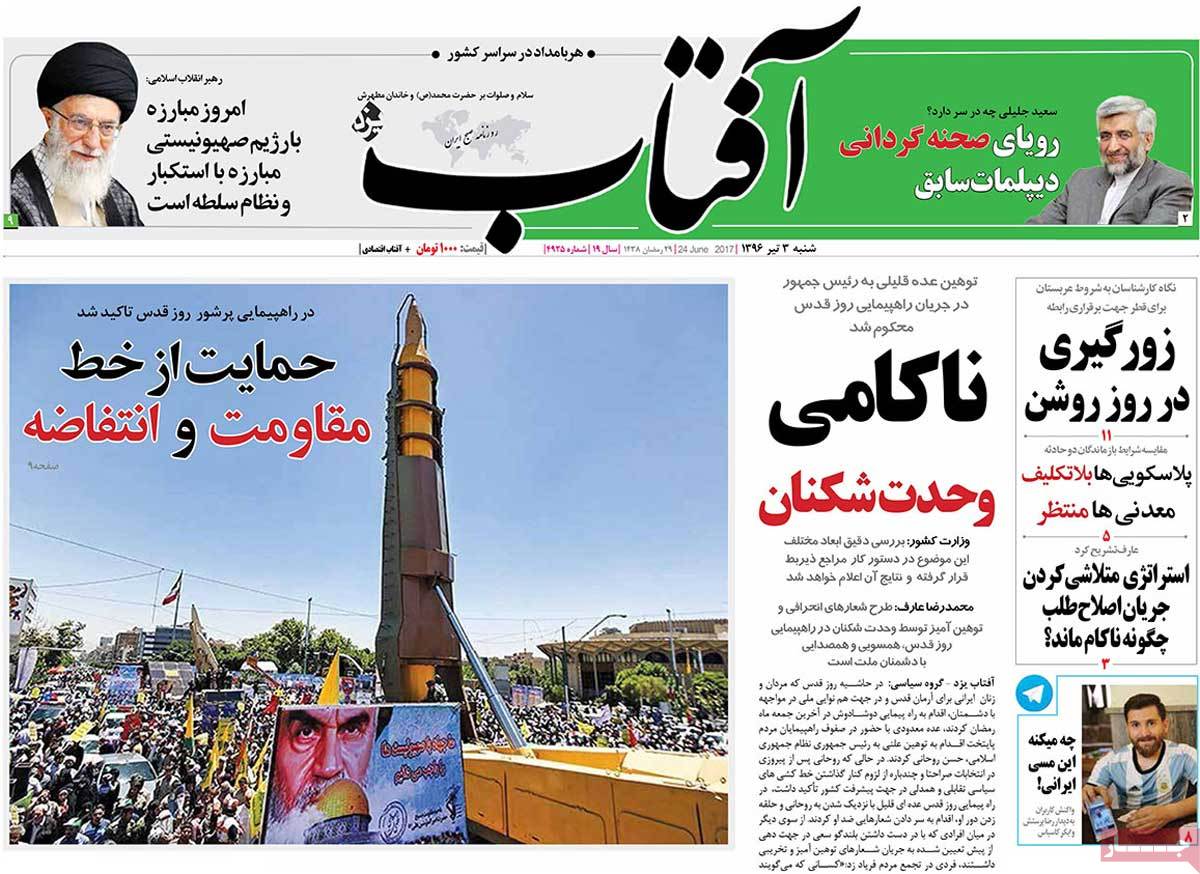 2- A Small Number of People Insult President, Other Officials 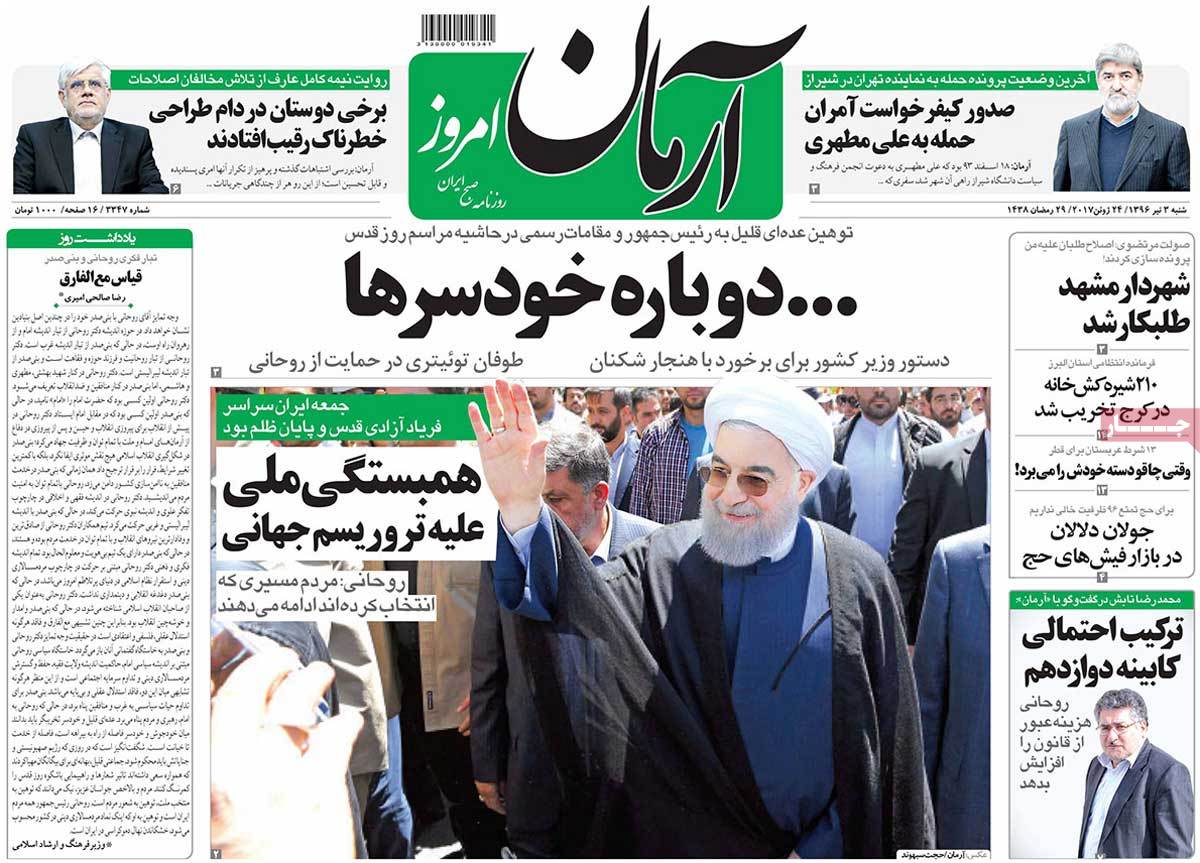 1- Everyone for Quds: Iranians Hold Rallies across Country

2- Against Republicanism, Against People: A Report on Insults to President 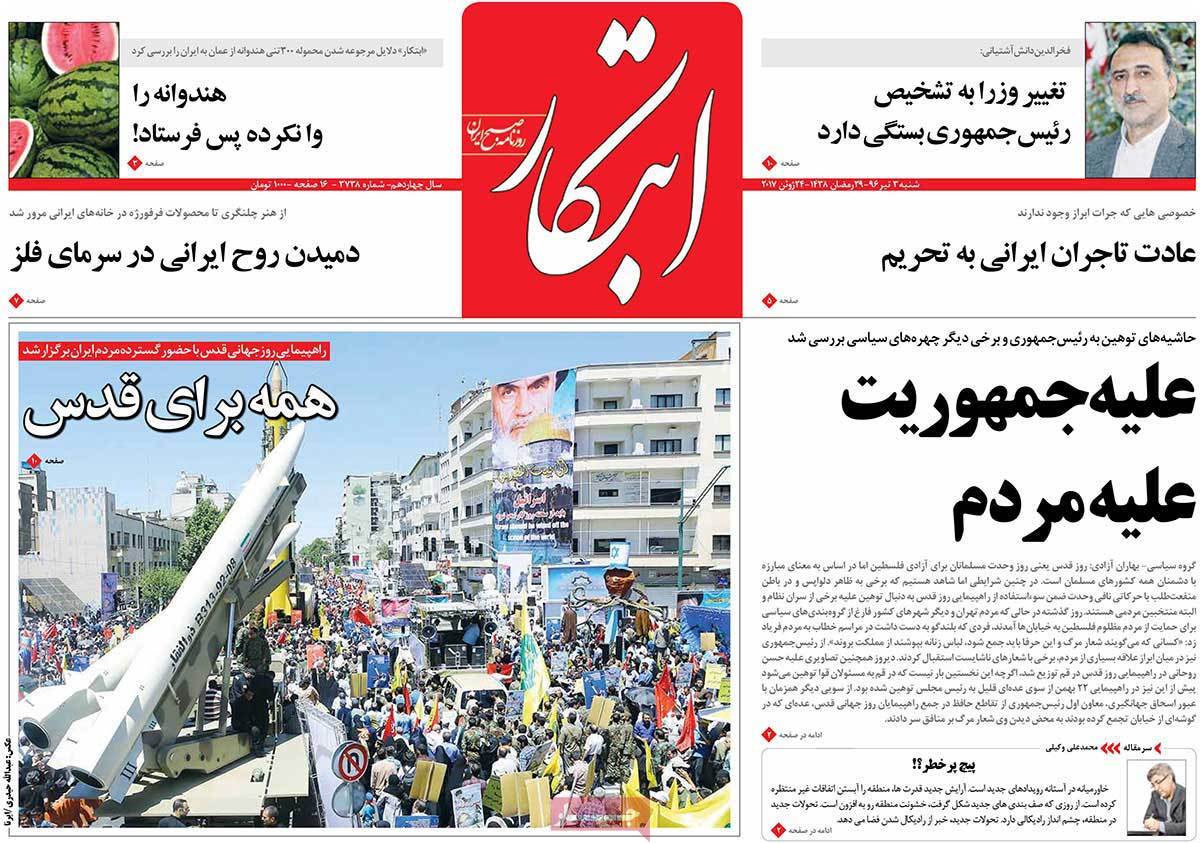 2- Nasrallah: Saudi Arabia Not to Engage Itself in War on Iran 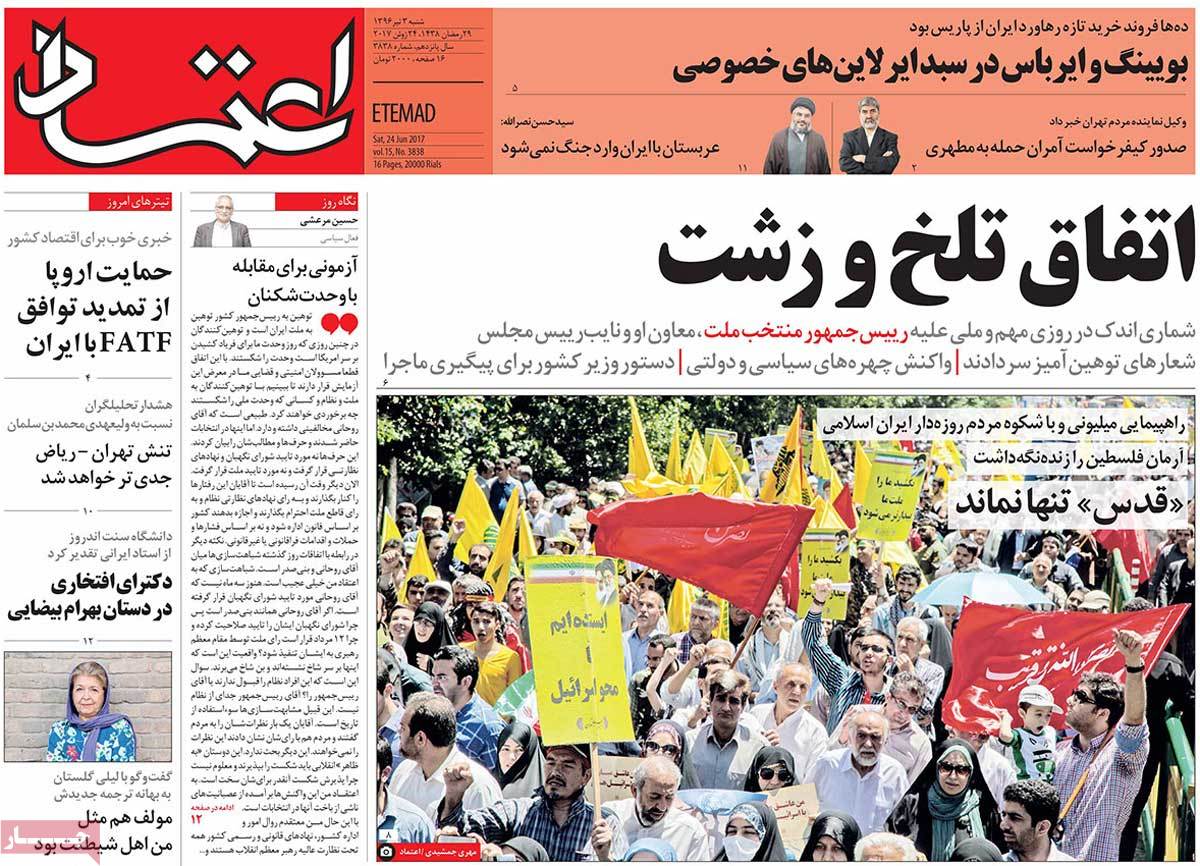 1- Iran Repeats Its Hatred towards Zionism

2- Larijani: Nothing More Despicable than Zionism in History

3- 30 Killed, 100 Wounded in Series of Terrorist Blasts in Pakistan’s Parachinar 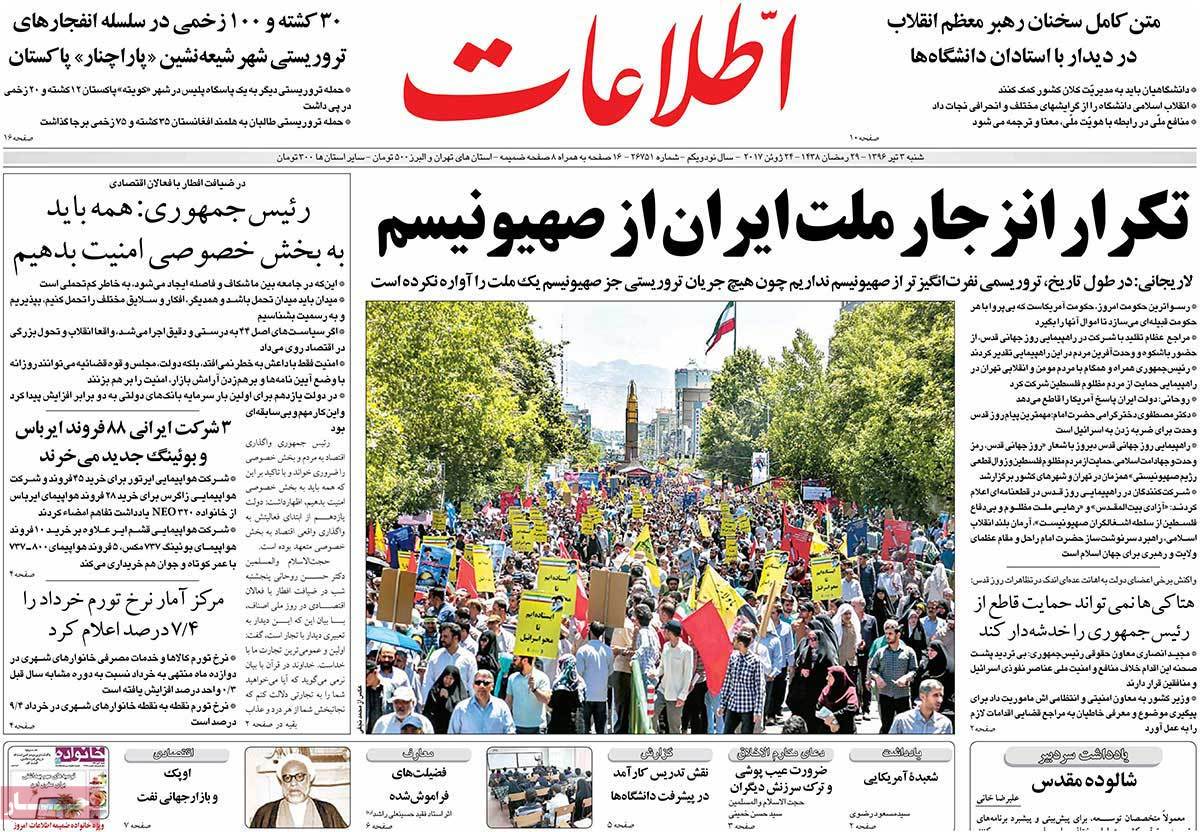 2- Iran Should to Shoulder with Palestine 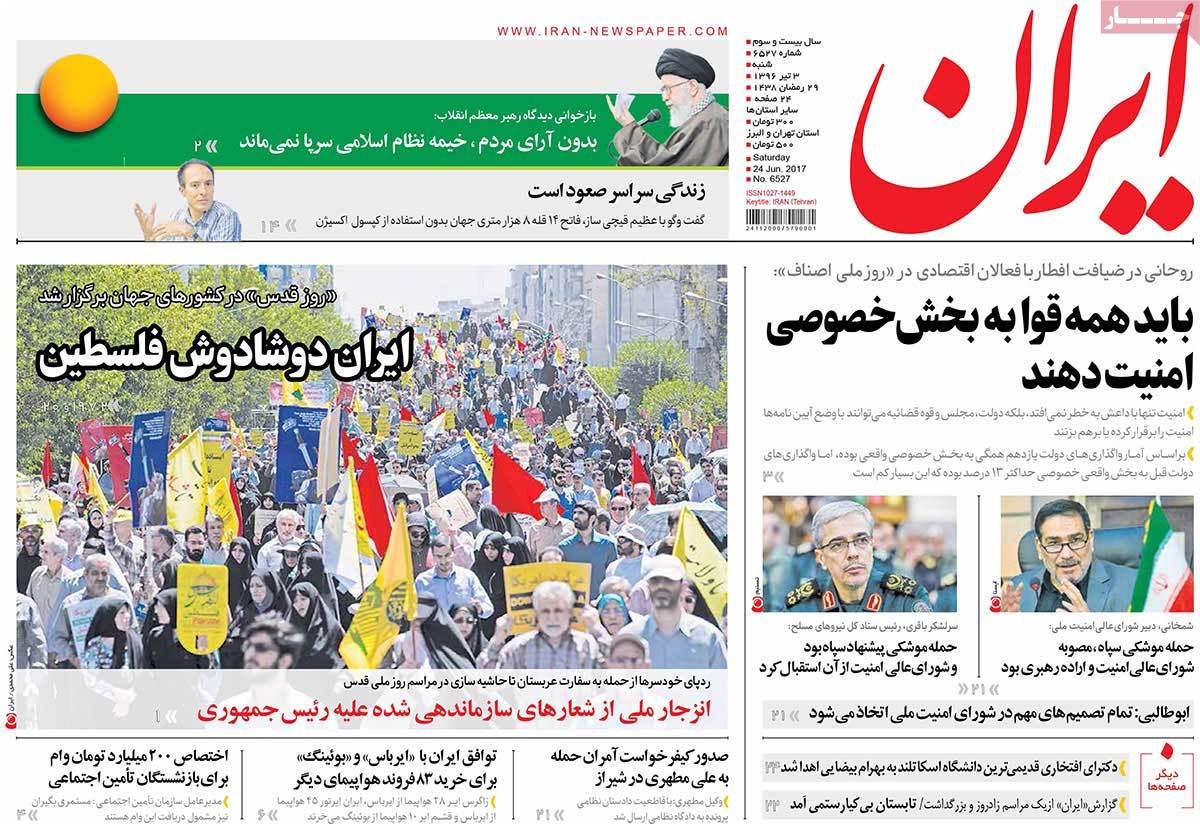 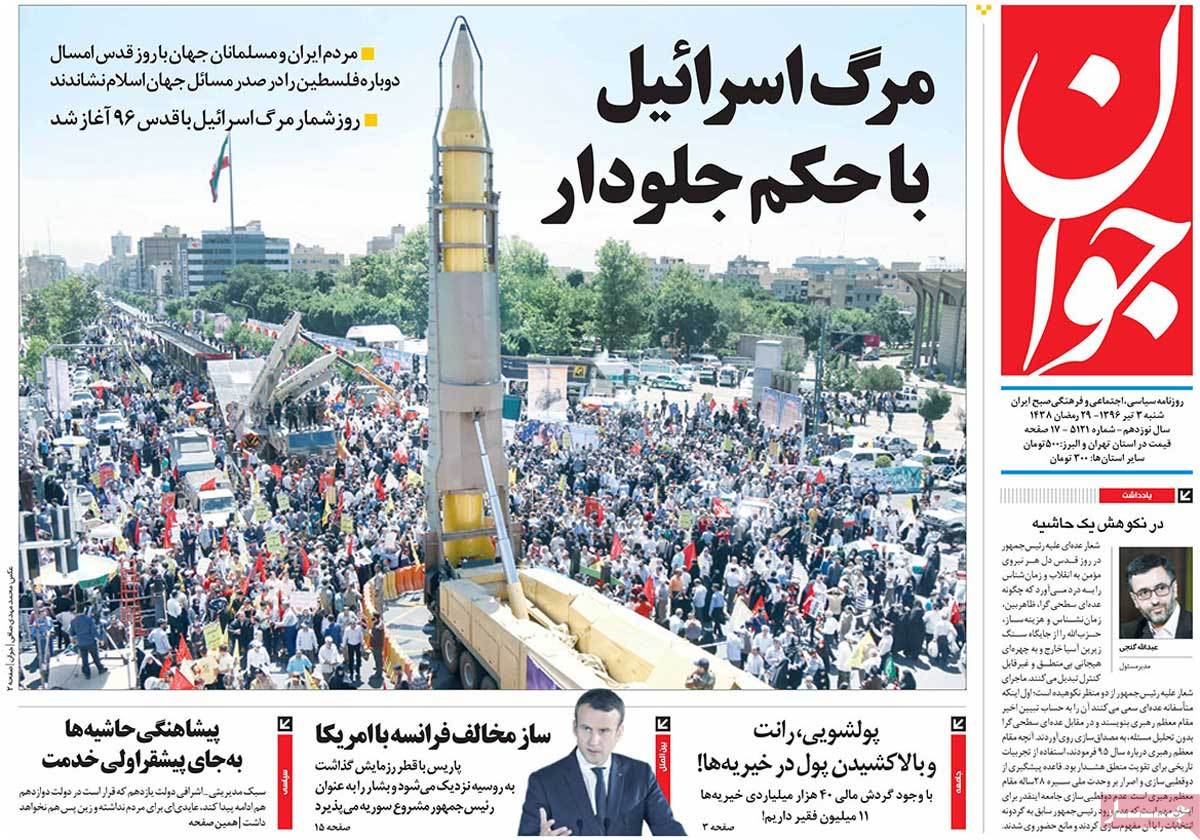 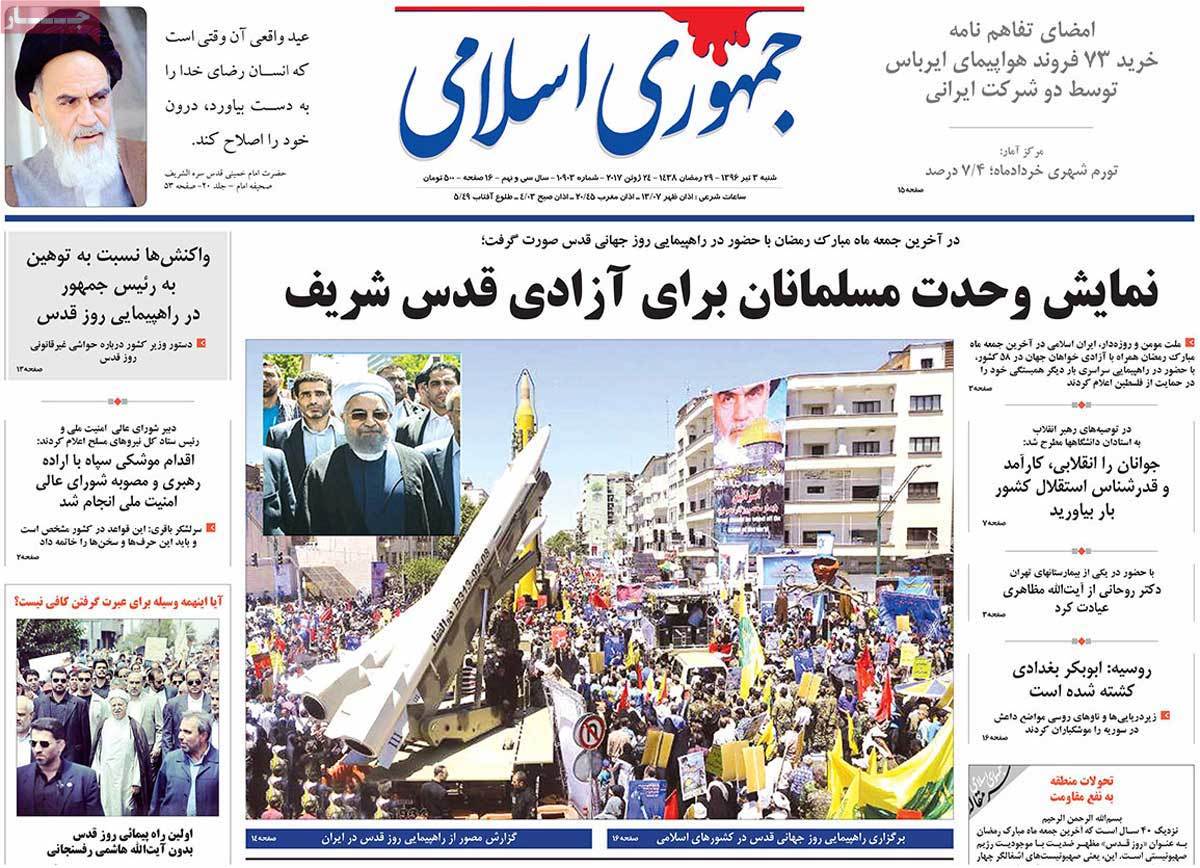 3- Zionists Thrilled by Bin Salman’s New Post: Israel Reveals Past Ties with Him 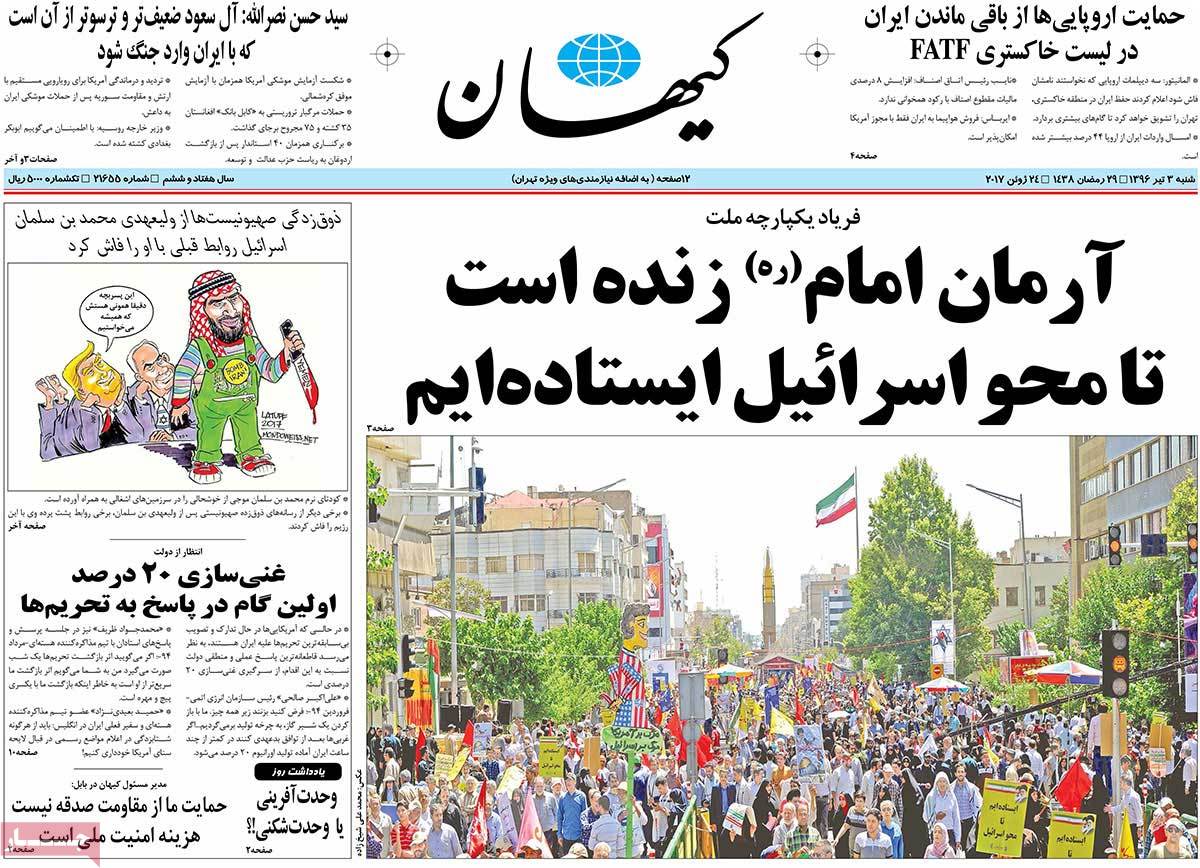 1- Imminent Death of ISIS in Iraq 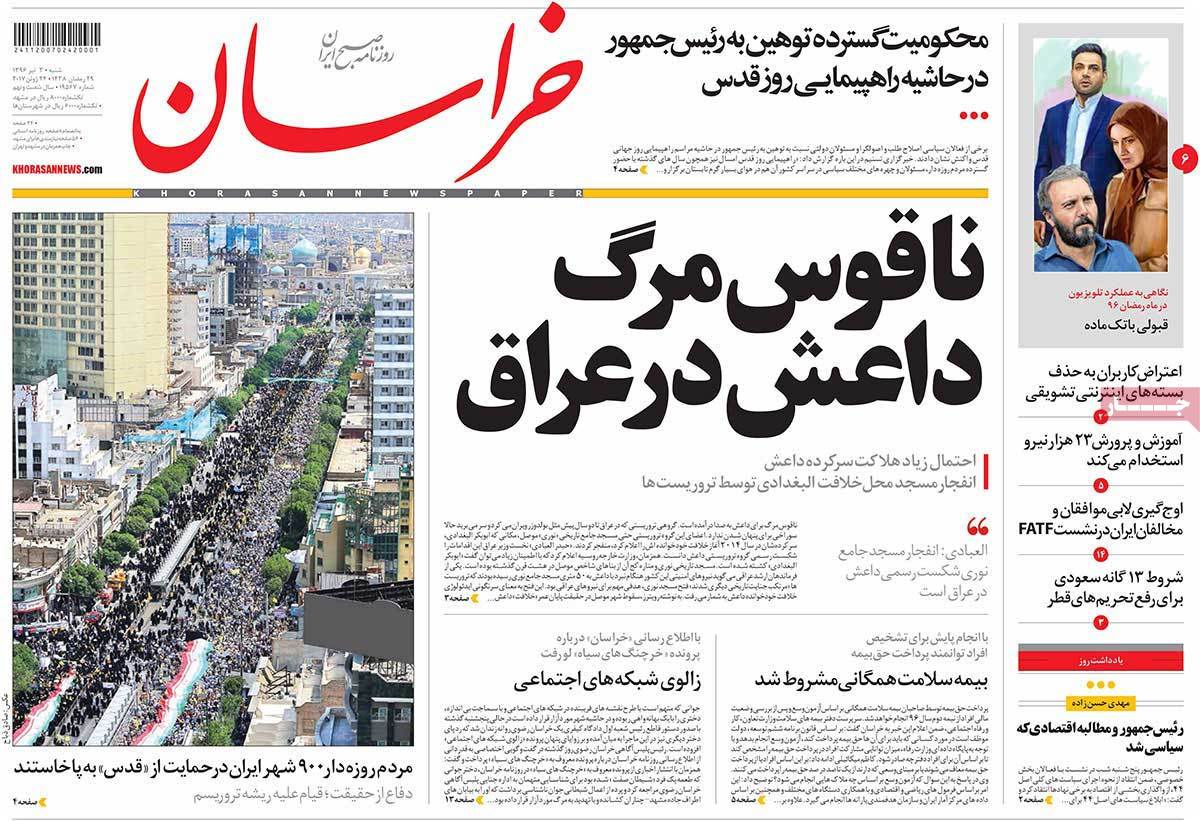 1- Larijani: No Phenomenon More Inauspicious than Zionist Regime in Past Century 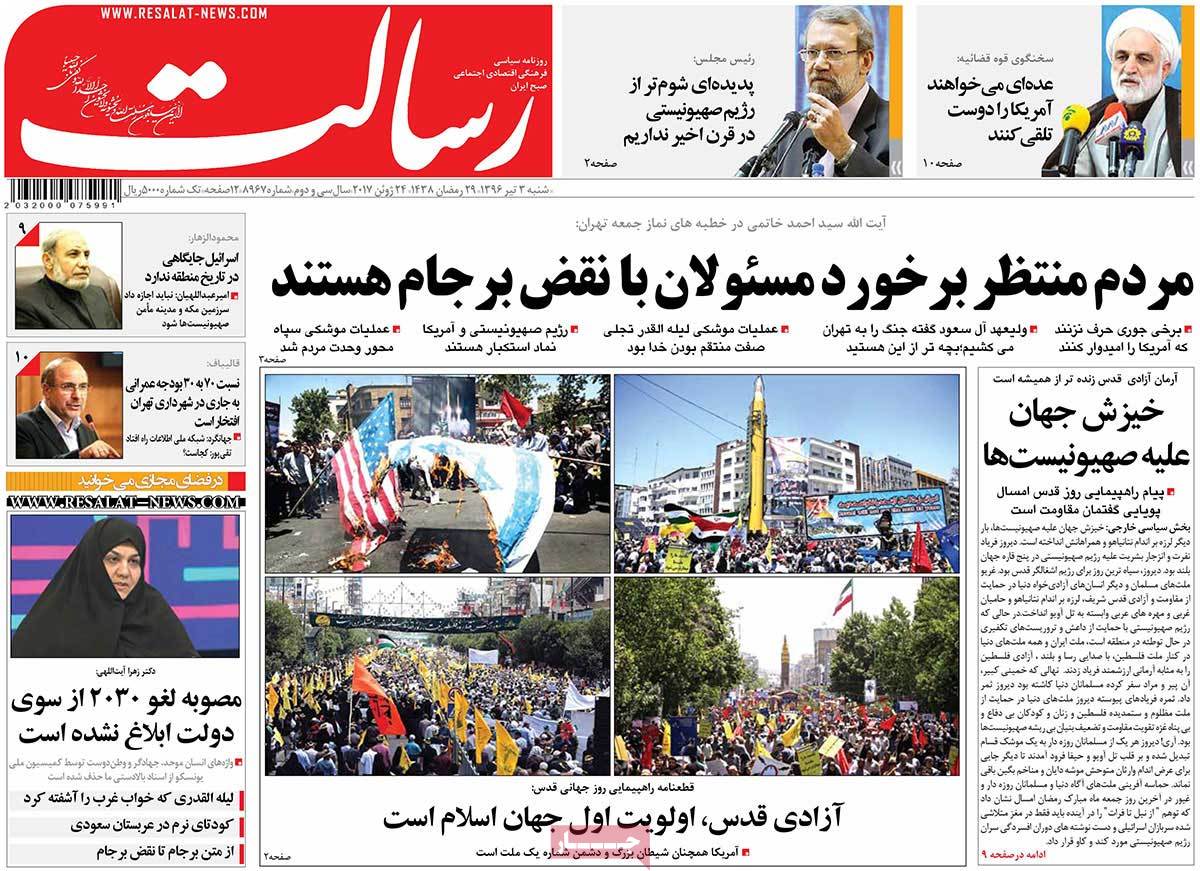 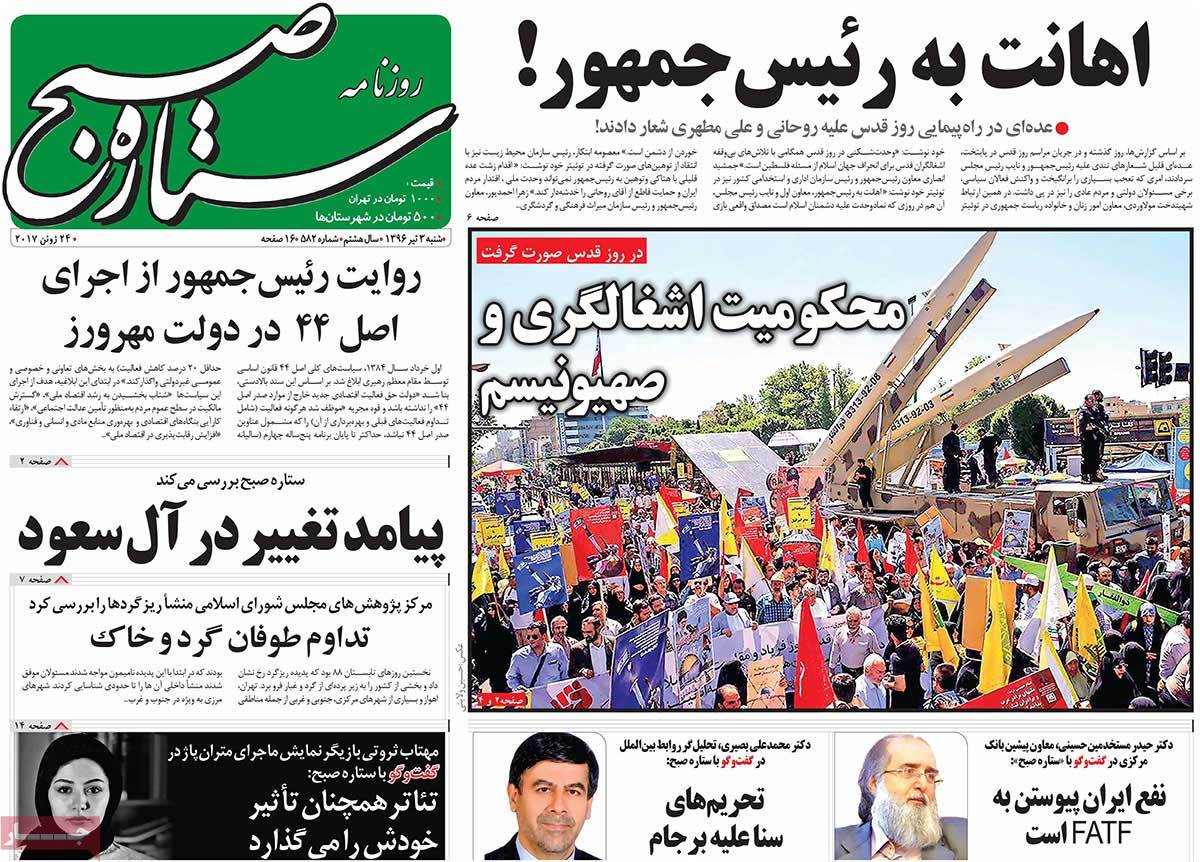 1- United with the Oppressed 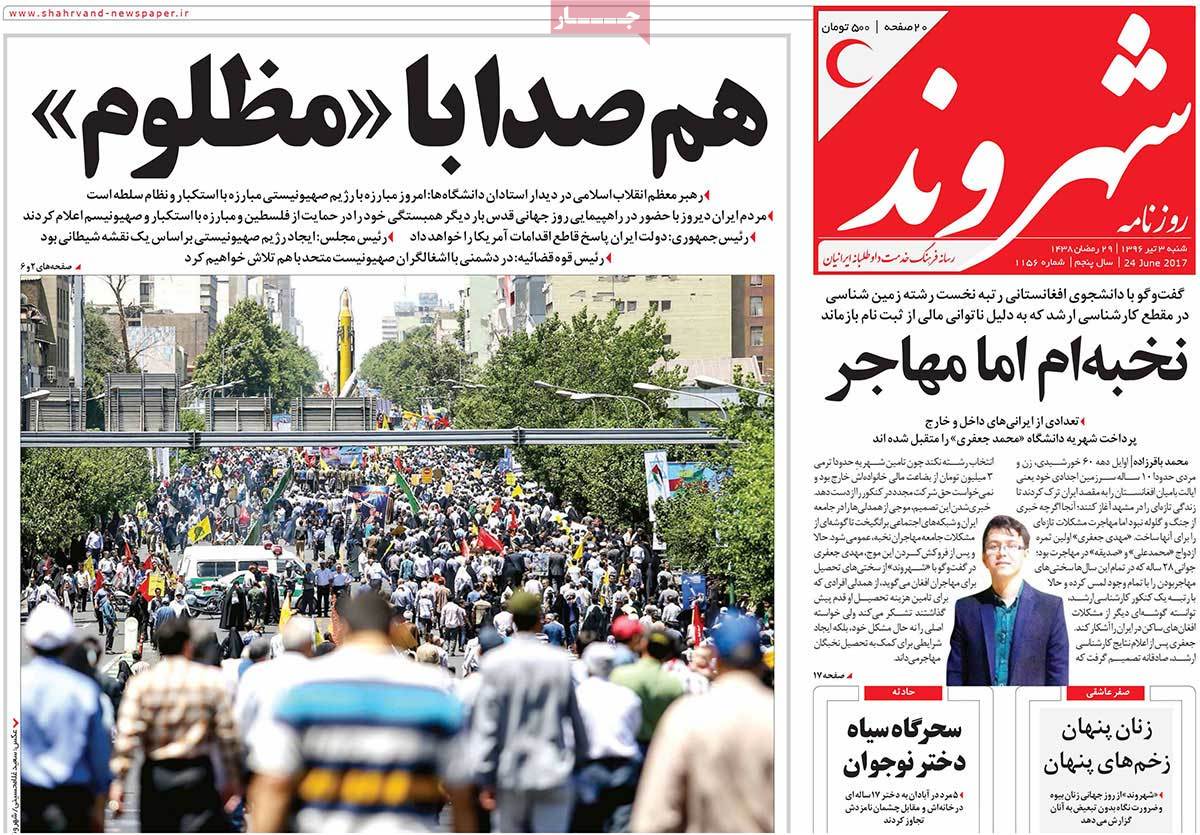 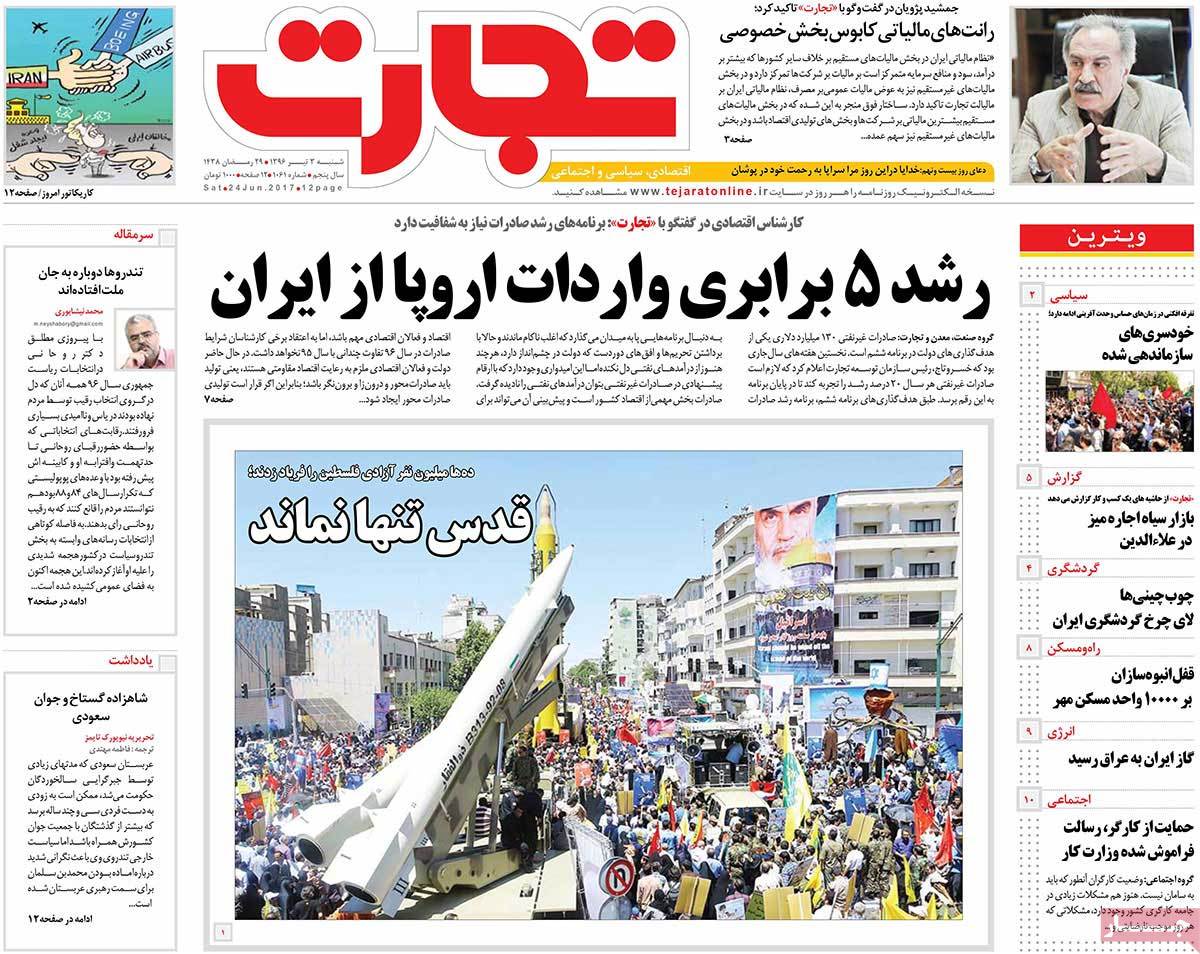 1- Freedom from Hegemony: Cause of Quds Day 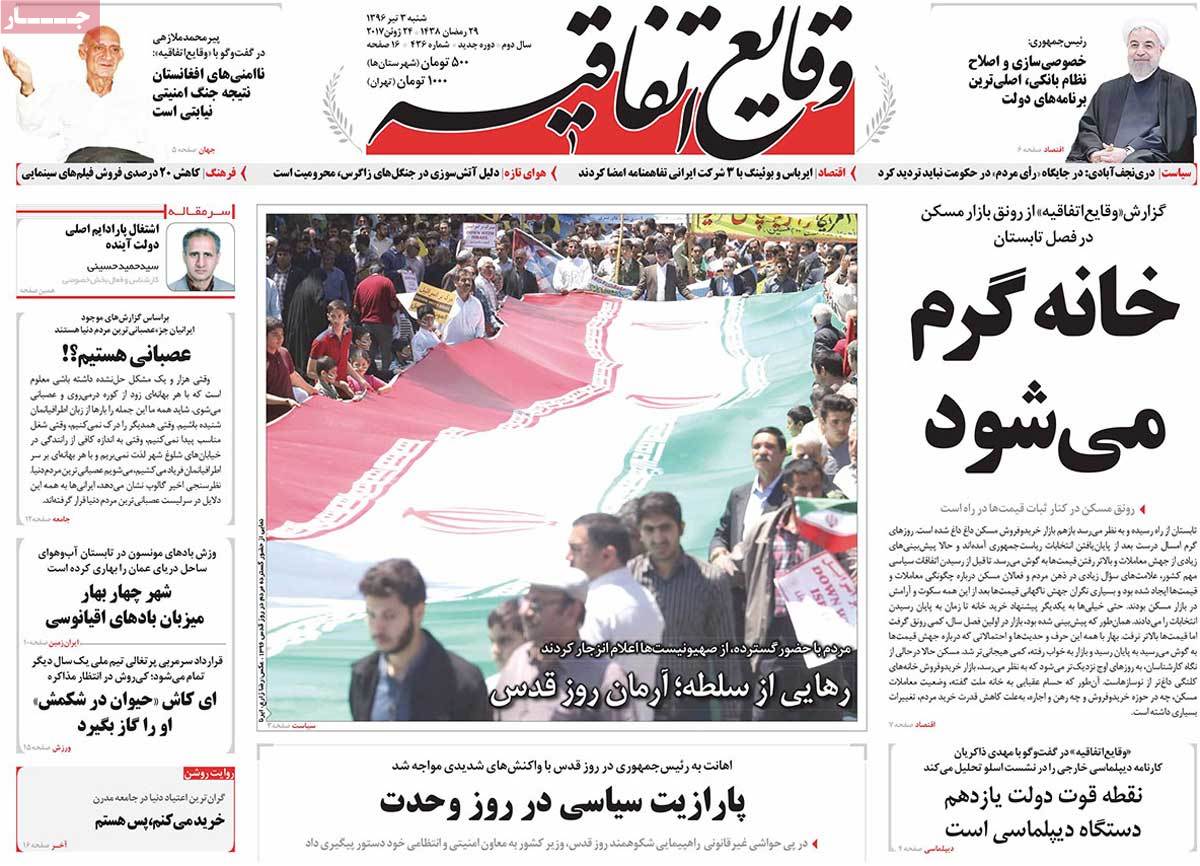