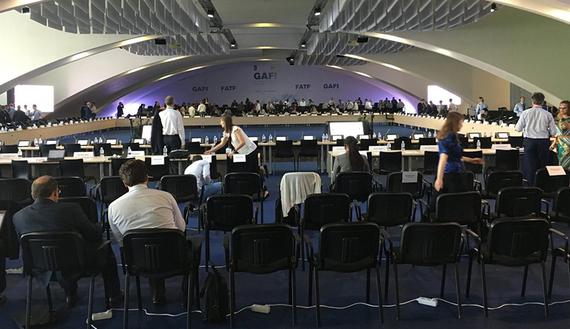 Al-Monitor l Barbara Slavin: A powerful financial watchdog group meeting in Valencia, Spain, this week will take actions that could bolster the Iran nuclear deal — or put it in further jeopardy.

In the aftermath of the 2015 agreement, the Financial Action Task Force (FATF) — a Paris-based intergovernmental organization that sets standards for banks worldwide — agreed last year to suspend so-called countermeasures against Iran. These sanctions, warning financial institutions against dealing with countries that have poor records on terrorism financing and money laundering, had kept Iran on a blacklist along with North Korea and were an additional disincentive to Western and Asian banks contemplating resuming or initiating business with Iranian counterparts.

A plenary session of the FATF is expected on Thursday or Friday to decide whether to extend that suspension for another year, giving Iran more time to implement an action plan it announced last year to come into compliance with global norms. At a meeting in June 2016 in South Korea, the FATF praised Iran for its efforts.