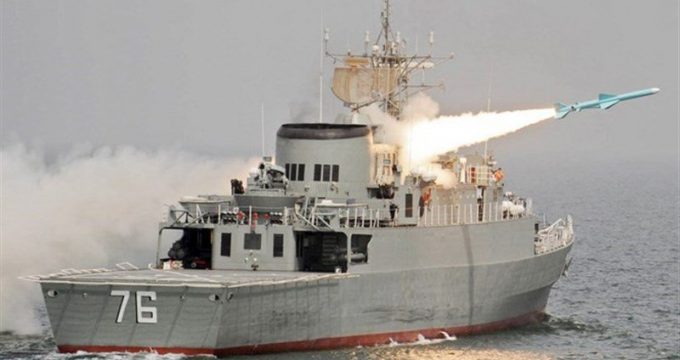 MNA – A joint naval war game was launched on Sunday morning in Strait of Hormuz between navy vessels of Iran and China.

Commander of Iran’s First Naval Zone Admiral Hossein Azad said told reported on Sunday morning that “the Chinese Navy fleet, which had moored at Bandar Abbas on Thursday, just began its joint military exercise with vessels of the Iranian Navy in waters of Islamic Republic of Iran.”

“The joint naval game is being held at the Strait of Hormuz where both sides present their military capabilities and share experiences,” noted the official.

Azad reiterated that the drill aims at transfer of naval knowhow and experiences in military and defense arenas.

In recent years, Iran has made major breakthroughs in its defense sector and attained self-sufficiency in the production of important military equipment and systems.

The country has also conducted major military drills to enhance the defense capabilities of its Armed Forces and to test modern military tactics and state-of-the-art equipment, according to Press TV.

The Islamic Republic maintains that its military might poses no threat to other countries, and that its defense doctrine is merely based on deterrence.